Accessibility links
Walking Away From The House She Can Afford Many homeowners who are tens thousands of dollars underwater on their mortgages — meaning they owe more than the value of their homes — have decided it's just not worth it. Some, like Heather Baker, can even afford their payments, but they're walking away anyway. 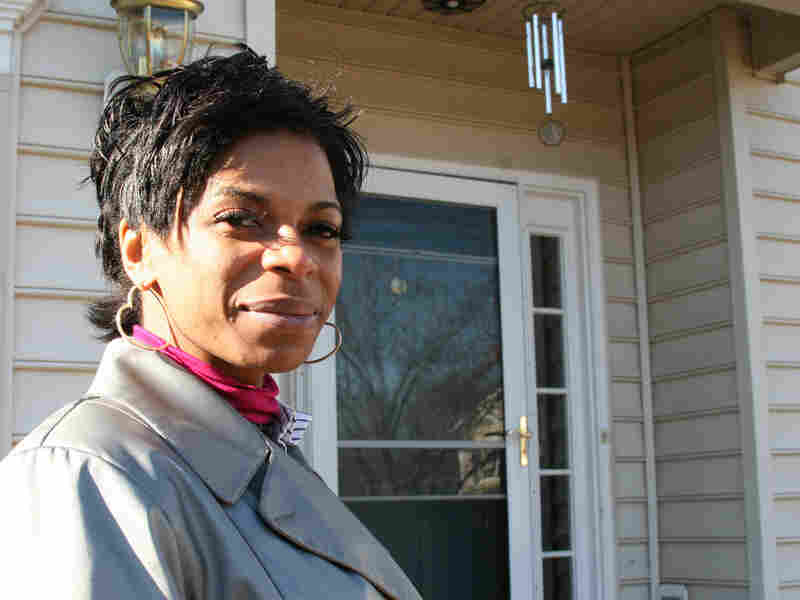 Heather Baker is walking away from her four-bedroom home in a Washington, D.C., suburb. Tamara Keith/NPR hide caption 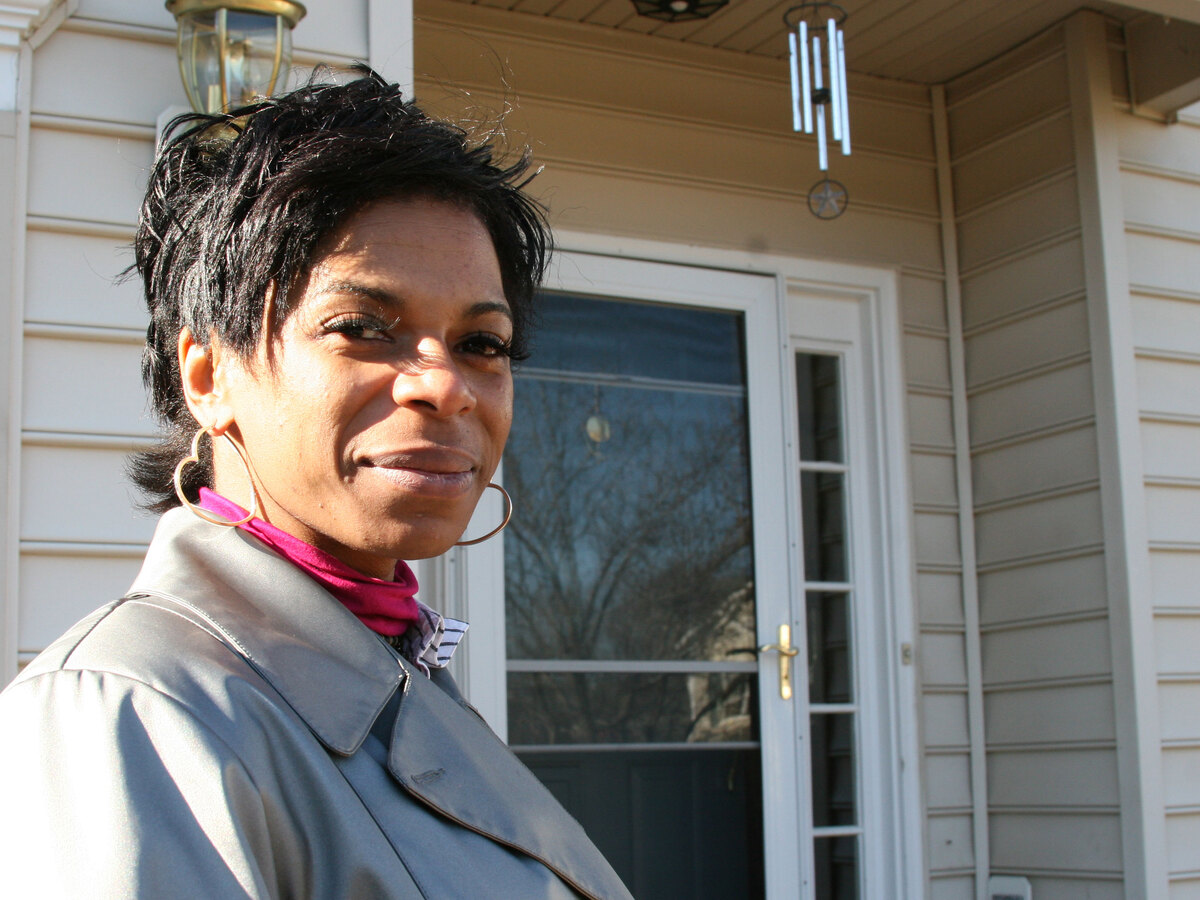 Heather Baker is walking away from her four-bedroom home in a Washington, D.C., suburb.

Many homeowners who are tens thousands of dollars underwater on their mortgages — meaning they owe more than the value of their homes — have decided it's just not worth it. Some, like Heather Baker, can even afford their payments, but they're walking away anyway.

Baker is done with being a homeowner. Last month, she stopped paying her mortgage.

"Who says that my American dream has to be a home with a white picket fence and all of that?" says Baker, sitting at her dining room table.

But that's not what she was saying three years ago when she bought her four-bedroom home in a distant suburb of Washington, D.C. Baker was about to turn 40 and felt like she needed to own.

"I was like, 'Wow, you know, I need to have a home. I need to be in a home,' " Baker says. "My birthday was in September. I purchased the house in August. So I got the house before I turned 40, but it wasn't a great investment."

She figures the house she bought for $465,000 won't sell for more than $225,000 now. That lower figure is what a house down the street went for earlier this year in a foreclosure auction. Like a lot of people, Baker bought her house with no money down. The mortgage broker she worked with told her she qualified for the loan based on her credit score alone.

I'm looking at the investment part of it. Not just, 'OK, yes, I can afford this house.' But I just don't see it as a good investment.

"He was like, 'Go get whatever house you want. It doesn't matter.' And that's pretty much what I did, unfortunately," Baker says.

Starting to sound familiar? Baker's experience is a classic case of the mixed-up logic that ruled the housing boom. But there's a difference: Baker is solidly upper middle class. She has a good income and can actually afford her payments.

"I'm looking at the investment part of it," she says. "Not just, 'OK, yes, I can afford this house.' But I just don't see it as a good investment."

Baker and two daughters plan to live in this house payment-free for the next several months. Then, before her foreclosure is finalized and her lenders kick her out, she'll move into a rented townhouse that's almost as big as her house. She'll pay hundreds less each month and cut her commute in half.

"I hate to sound cold and uncaring and contract-breaking, but I'm really OK with it," Baker says. "I'm actually looking forward to moving."

This is what's known as a strategic default. She's giving up her house as a business decision — not because she has to.

Walking around her neighborhood, Baker says she feels bad for her neighbors who bought high like she did and will be left with a foreclosed home on their block.

"But I'm not the first to do it. It happened right here in this house," she says, pointing to a two-story home with a satellite dish mounted on it.

Not being the first foreclosure on the street made her decision a whole lot easier.

"I hope that my neighbors would know that that had a lot of bearing on my situation," Baker says.

She isn't alone. A recent study from Experian-Oliver Wyman found that 17 percent of the mortgage defaults in 2008 were strategic.

"The majority of the people that call us this year, I would say, and even more so in the last few months, are people like her," says Jon Maddux, CEO of Youwalkaway.com.

For a fee, the company guides homeowners through the foreclosure process. Baker is one of the firm's clients.

"They've run the numbers," Maddux says. "They've done the math, and if they strategically default they are going to possibly have a better outcome in the end, financially."

But it's not always so simple.

"It's more than an economic decision. It's a contract," says Guy Cecala, publisher of Inside Mortgage Finance. "There are liabilities associated with defaulting on a loan."

He says in most states banks can come after homeowners for the losses caused by the default. And a foreclosure is a black mark on credit reports for seven to 10 years.

Baker knows all this — and she's still walking away.