Accessibility links
Suspect Charged In Airplane Attack A Nigerian man who allegedly ignited an incendiary device on a transatlantic flight Friday has been charged with attempting to destroy the plane, the Justice Department said. 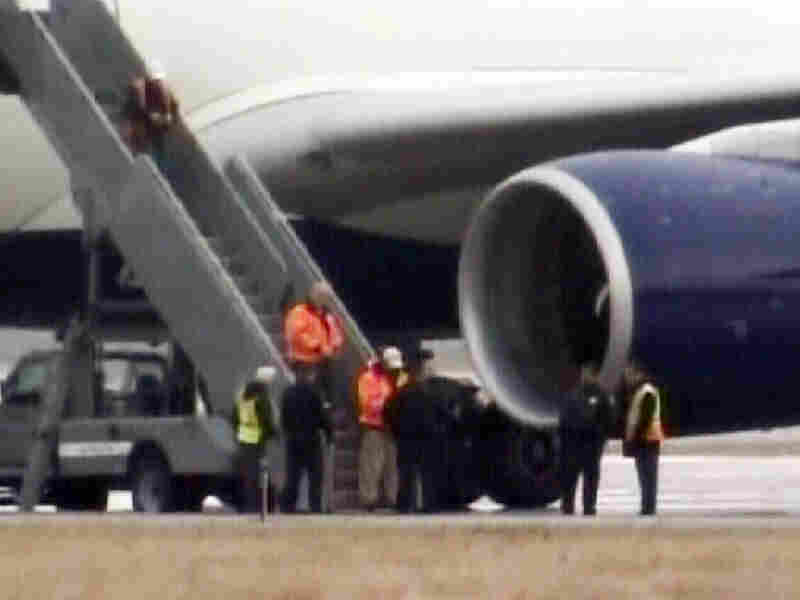 This image made from video shows security personnel on the runway next to Northwest Airlines Flight 253 at Detroit Metropolitan Airport. ABC News/AP hide caption 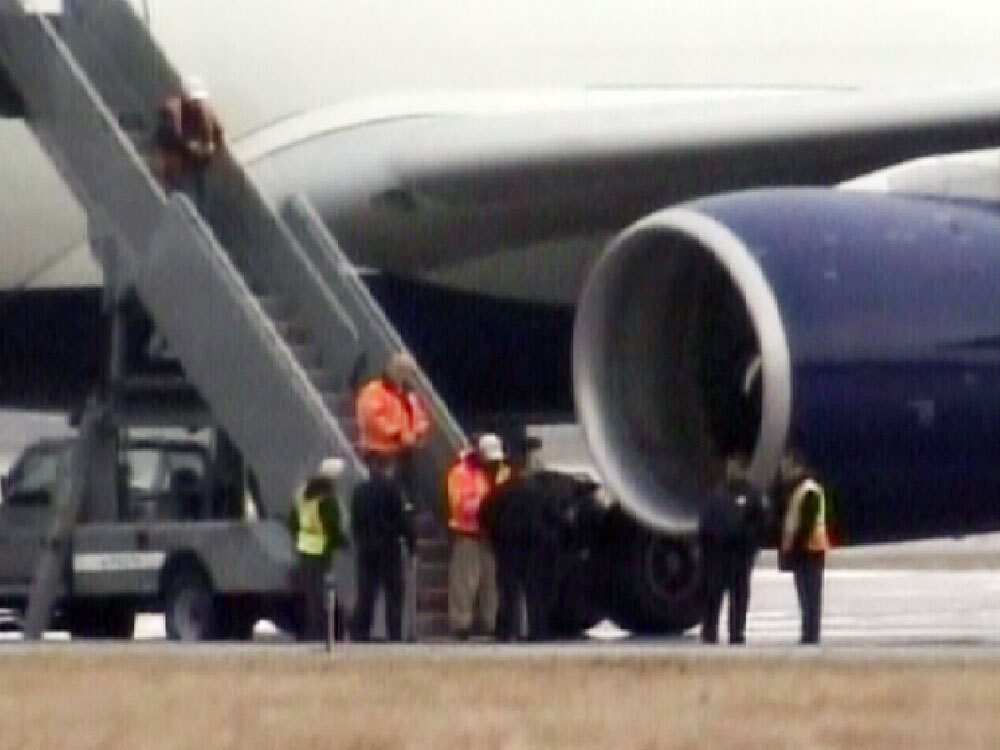 This image made from video shows security personnel on the runway next to Northwest Airlines Flight 253 at Detroit Metropolitan Airport.

A Nigerian man who allegedly ignited an incendiary device on a flight from Amsterdam to Detroit on Friday has been charged with attempting to destroy the plane, the Justice Department said Saturday.

Umar Farouk Abdulmutallab, 23, was charged with trying to blow up the airliner as it approached Detroit for a landing and with placing a destructive device on the aircraft, the Justice Department said.

NPR's Dina Temple-Raston Talks With Scott Simon About The Investigation

Authorities allege in an affidavit filed with the criminal complaint that Abdulmutallab set off the device attached to his body, resulting in a fire and "what appears to have been an explosion." He was then restrained by passengers and crew on Northwest Airlines Flight 253, who also put out the fire with blankets and fire extinguishers, authorities say.

The device contained PETN, also known as pentaerythritol, an explosive, according to a preliminary FBI analysis.

Officials report little damage to the plane. Despite the somewhat happy ending, the White House is calling the incident a terrorist attack.

Terrorism expert Bruce Hoffman agreed with that assessment. "The attack was on Christmas Day," he said. "Its jihadi intentions are clear."

Passengers reported that before the incident, Abdulmutallab went to the bathroom for about 20 minutes, then returned, said his stomach was upset and pulled a blanket over himself, according to the affidavit.

"Passengers then heard popping noises similar to firecrackers, smelled an odor, and some observed Abdulmutallab's pants leg and the wall of the airplane on fire," the Justice Department said in a statement.

They said he was calm and told a flight attendant he had an "explosive device" in his pocket when she asked, the statement said. The FBI recovered remnants of what apparently was a syringe believed to be part of the device, authorities say. Analysis is continuing.

Abdulmutallab was treated at the University of Michigan Medical Center after the plane landed. U.S. District Judge Paul Borman went there Saturday to inform him of the charges against him. Abdulmutallab was brought into a conference room in a wheelchair and responded, "Yes, I do," when asked if he understood the charges.

The incident is reminiscent of the so-called shoe-bomber attack in 2001, when a young Briton named Richard Reid tried to ignite explosives packed in his shoes. Today, Reid is serving a life sentence, and airports around the country require passengers' shoes to be X-rayed before boarding.

According to officials, Reid had al-Qaida training. Abdulmutallab's terrorist links, however, are uncertain.

Rep. Peter King of New York, the ranking Republican on the House Homeland Security Committee, said Friday that Abdulmutallab had an al-Qaida connection, but law enforcement officials are not so sure. The investigation of Abdulmutallab's past travels has turned up what one law enforcement source called "worrisome places," and British police are conducting a search of an address in central London thought to be linked to the suspect.

Nothing uncovered so far indicates Abdulmutallab had any formal terrorist training. Abdulmutallab has allegedly said he picked up the device in Yemen, but officials aren't sure yet whether that is true, either.

This has been a busy year for terrorism officials. There have been 14 attacks or attempted attacks on the U.S. in 2009 — two or three times as many plots as the U.S. tackles in any given year. The attacks are also becoming more sophisticated, and that has officials increasingly worried.

But U.S. officials say that changed back in September, when U.S. officials arrested Najibullah Zazi, the Denver man accused of wanting to blow up transportation targets in New York. Zazi allegedly trained in al-Qaida camps, learned how to make explosives, tested them and, prosecutors allege, was ready to launch an attack.

If the trend toward operational terrorists continues, officials worry 2010 may bring more serious attacks to the U.S.

With NPR and wire reports.