Accessibility links
Al-Qaida Group Claims Responsibility In Foiled Attack The group known as al-Qaida in the Arabian Peninsula says it coordinated with the 23-year-old Nigerian accused of trying to blow up a plane over Detroit on Christmas Day. It said the attack was a response to recent U.S. airstrikes in Yemen. 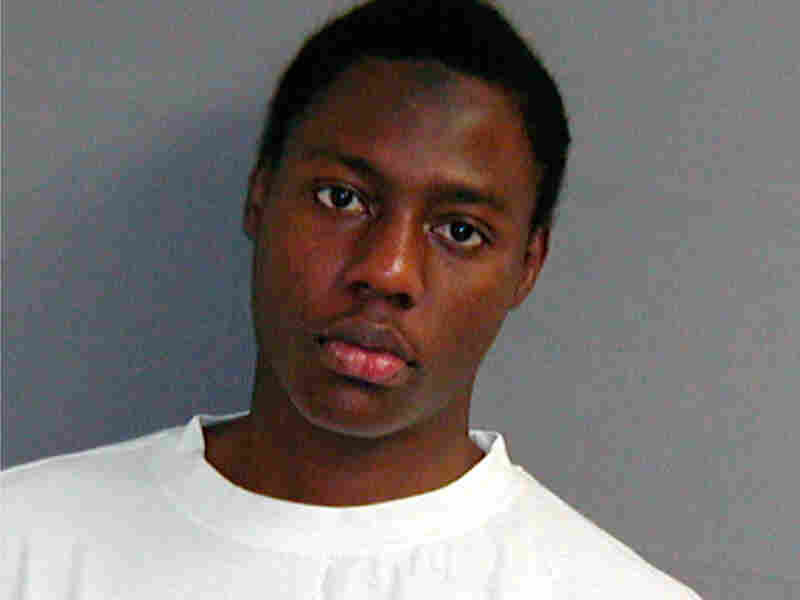 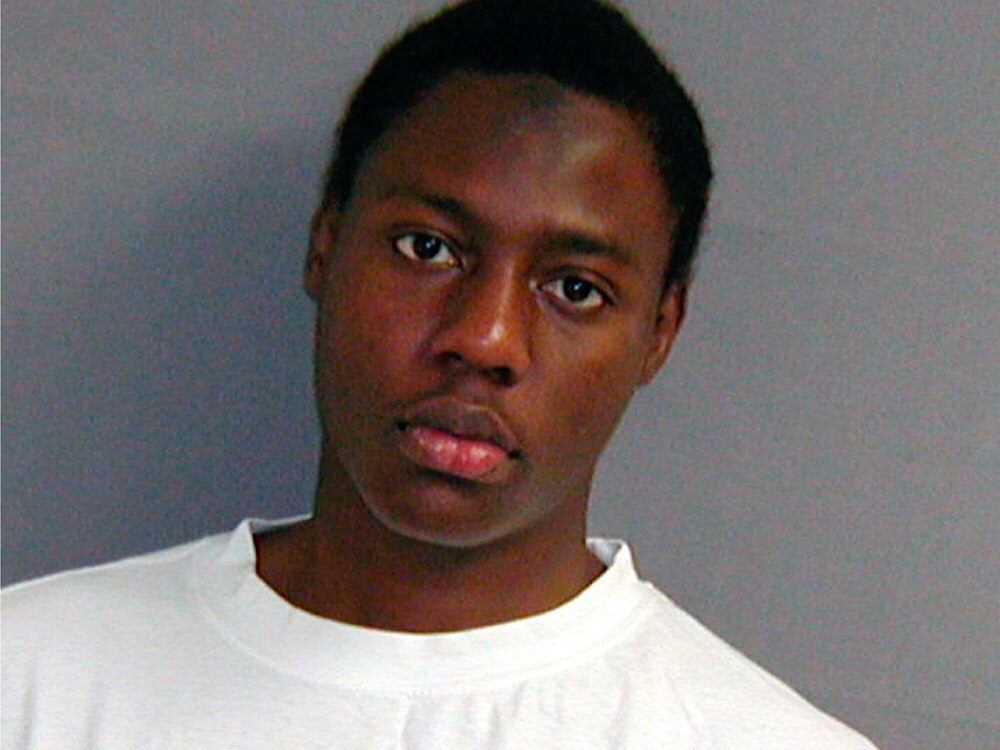 Umar Farouk Abdulmutallab, 23, is seen in this photo released Monday by the U.S. Marshal's Service.

An offshoot of al-Qaida claimed responsibility Monday for the attempted bombing of a commercial airliner on Christmas Day, stating that the foiled attack was a response to recent airstrikes against al-Qaida operatives in Yemen.

In a statement posted on the Internet, the group known as al-Qaida in the Arabian Peninsula said its members coordinated with the 23-year-old Nigerian man accused of trying to detonate a bomb on the flight from Amsterdam to Detroit.

U.S. intelligence helped Yemeni forces carry out two airstrikes against al-Qaida this month — the second strike a day before the attempted bombing of Northwest Flight 253.

The group, an alliance of militants based in Saudi Arabia and Yemen, said the suspected bomber, Umar Farouk Abdulmutallab, was carrying explosives manufactured by al-Qaida members.

"He managed to penetrate all devices and modern advanced technology and security checkpoints in international airports bravely without fear of death," the group said in the statement, "relying on God and defying the large myth of American and international intelligence, and exposing how fragile they are, bringing their nose to the ground, and making them regret all what they spent on security technology."

Shortly after the group claimed responsibility, President Obama announced during a news conference that he has ordered a review of the nation's watch list system and of its air safety regulations, and has asked his national security team to keep up the pressure on terrorists aiming to attack the U.S.

"We will not rest until we find all who were involved and hold them accountable," Obama said during his holiday vacation in Hawaii.

Meanwhile, Homeland Security Secretary Janet Napolitano on Monday backtracked from statements she had made a day earlier that "the [security] system worked." She acknowledged in an appearance on NBC's Today show that Abdulmutallab should not have been allowed on the airplane.

"What I would say is our system did not work in this instance — no one is happy or satisfied with that. An extensive review is under way," Napolitano said of the foiled attack. 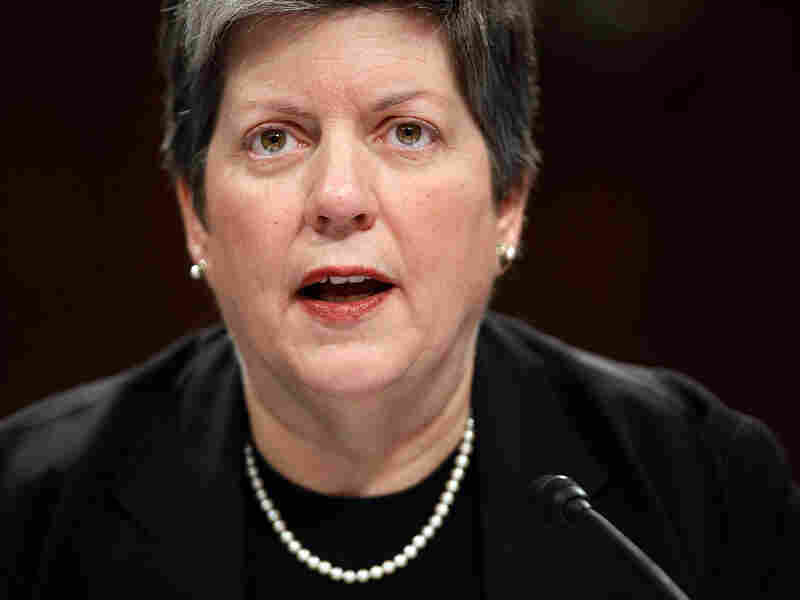 Homeland Security Secretary Janet Napolitano, shown Dec. 9, told CNN on Sunday that the security screening system had worked and that the suspect in the Christmas Day bomb incident "was stopped before any damage could be done." Chip Somodevilla/Getty Images hide caption 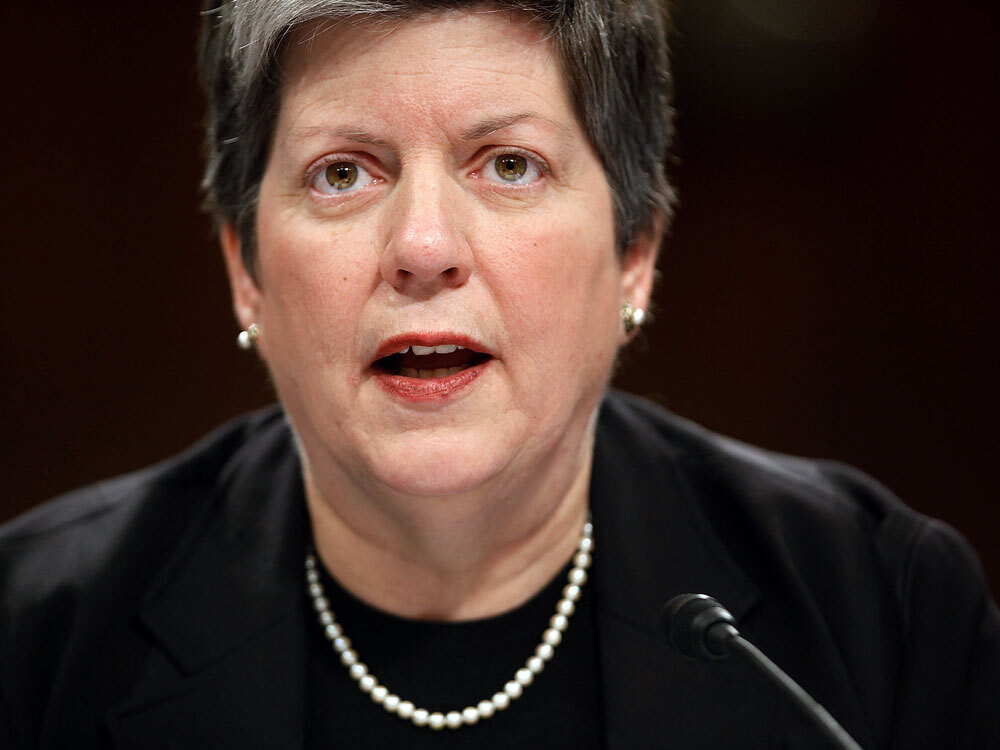 Homeland Security Secretary Janet Napolitano, shown Dec. 9, told CNN on Sunday that the security screening system had worked and that the suspect in the Christmas Day bomb incident "was stopped before any damage could be done."

In a CNN interview Sunday, she appeared to defend the intelligence and screening efforts, saying, "This was one individual, literally, of thousands that fly and thousands of flights every year.

"And he was stopped before any damage could be done," she said.

Abdulmutallab had been put on a watch list after his father reported concerns about his son's extreme religious views to the U.S. Embassy in Nigeria. The Terrorist Identities Datamart Environment database list contains approximately 550,000 names. Officials say they lacked enough information about Abdulmutallab's activities to place him on a list of about 14,000 people who need additional screening or an even shorter no-fly list containing fewer than 4,000 names.

An apparent malfunction in a device designed to detonate the explosive material may have been all that saved the 278 passengers and the crew. No undercover air marshal was onboard the flight, and passengers and crew subdued the suspect and tamped out a fire after Abdulmutallab allegedly tried to set off the bomb.

In a statement released Monday, Abdulmutallab's family in Nigeria said the suspect's father reached out to Nigerian security agencies two months ago and then approached foreign security agencies for "their assistance to find and return him home."

Law enforcement officials told NPR that Abdulmutallab's father had practically begged the U.S. Embassy in Nigeria to help him locate his son and that they weren't entirely sure of his motivation for telling them that his son had been radicalized.

The officials, who asked not to be named, also said they weren't sure whether Abdulmutallab had contacts within al-Qaida but were fairly certain that he had been in Yemen — where Abdulmutallab told investigators that he got explosives and training from someone linked to the terrorist organization.

They believe there is a "better than 50-50 chance" that Abdulmutallab was in contact with Anwar al-Awlaki, the Yemeni imam whose sermons were attended by three of the Sept. 11, 2001, hijackers and who was allegedly in contact with accused Fort Hood shooter Nidal Hasan.

Meanwhile, two American passengers on Flight 253 said an older man, tall and elegantly dressed, accompanied the young Nigerian to a counter before boarding in Amsterdam. The passengers, Kurt and Lori Haskell of Taylor, Mich., said that the older man explained to a woman at the counter that the Nigerian had no passport.

"He was a wealthy-looking Indian man, maybe around age 50," Kurt Haskell told NPR's Robert Siegel. "He had a suit on, and he's the one who tried to get the terrorist onto the plane without a passport."

He said the two men went to the ticket agent counter together, and only the older man spoke.

"What the Indian man said was, 'This man needs to board the plane, and he doesn't have a passport.' And the ticket agent then responded, 'Well, you need a passport to board a plane.' And the Indian man said, 'Well, he's from Sudan and we do this all the time.' And the ticket agent then responded, 'You will have to talk to my manager,' and pointed the two down a hallway to speak to her manager."

Haskell said the older man did not appear to work for the airport, any airline or security. He says he told the FBI of the incident when he was interviewed in Detroit.

On Monday, federal authorities unexpectedly postponed the first court hearing scheduled for Abdulmutallab. The Justice Department had been expected to seek a warrant at the hearing that would allow investigators to take a DNA sample from the suspect. A hearing to set bail is still slated for early January.

Airport detectors in Amsterdam, where the flight originated, reportedly failed to pick up any trace of the packet of powder and a liquid-filled syringe that was reportedly sewn into Abdulmutallab's underwear. In Sunday's CNN interview, Napolitano would not confirm the nature of the explosives or how they were brought onto the plane.

If the explosive was a substance commonly known as PETN, as has been reported, a metal detector would have missed it, but a dog might have been able to find it, NPR's Dina Temple-Raston said.

"A pat-down wouldn't necessarily have detected it," she said. Security experts also said airport "puffer" machines that blow air on a passenger to collect and analyze residues would probably have detected the powder.

Although officials have said they do not think Abdulmutallab was part of a larger plot to blow up more airplanes, they were looking carefully at the explosive, which would have been difficult for an individual to obtain, Temple-Raston said.

"Having a chemical detonator is also a new wrinkle," she said. "That isn't something that a lone wolf is likely to come up with."

Abdulmutallab told investigators that he got the explosive and training to use the device in Yemen, from someone linked to al-Qaida. Officials haven't been able to confirm that.

Abdulmutallab had been refused entry to Britain and placed on a security watch list after he applied to study at a bogus college, Britain's Home Secretary, Alan Johnson, said Monday. But earlier, from 2005 until June 2008, Abdulmutallab had studied mechanical engineering at the high-ranking University College London.

Johnson said authorities are trying to establish what communication if any occurred between Britain and the U.S. He said security agencies are trying to determine what sort of activities Abdulmutallab engaged in while in the U.K., and when he became radicalized.

One of his former high school teachers at the British School of Lome in the west African nation of Togo said Abdulmutallab expressed radical views as far back as 10th grade. Michael Rimmer recalled that after the Taliban destroyed ancient statues in Afghanistan, other Muslims in the class distanced themselves, but Abdulmutallab said he supported the Taliban's actions.