Accessibility links
Chevron Threatens To Leave Longtime Home Officials in Richmond, Calif., want to raise Chevron's taxes and are blocking refinery upgrades, pending environmental review. Chevron is California's largest greenhouse gas producer. While the company tries to improve its image, it's also hinting that it might be time to relocate. 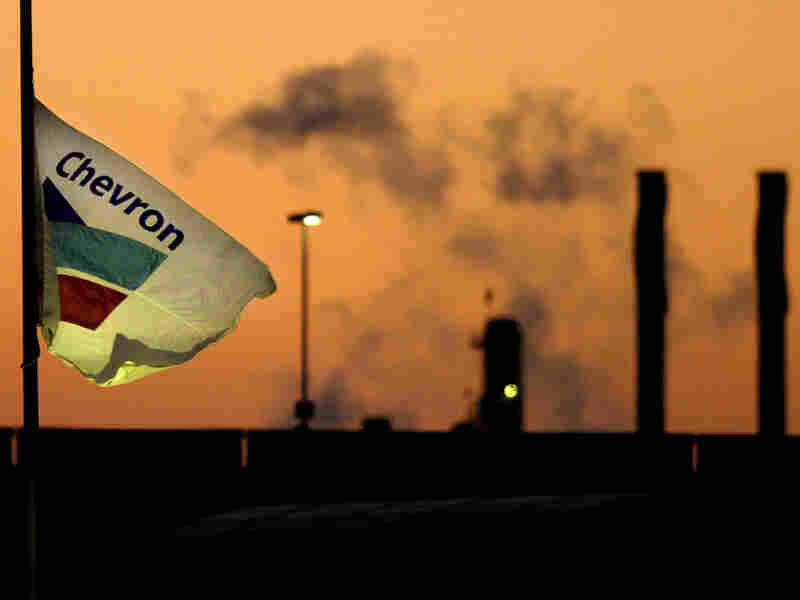 Smoke billows from a Chevron Corp. refinery in Richmond, Calif. The refinery is the largest producer of greenhouse gases in the state. Noah Berger/AP hide caption 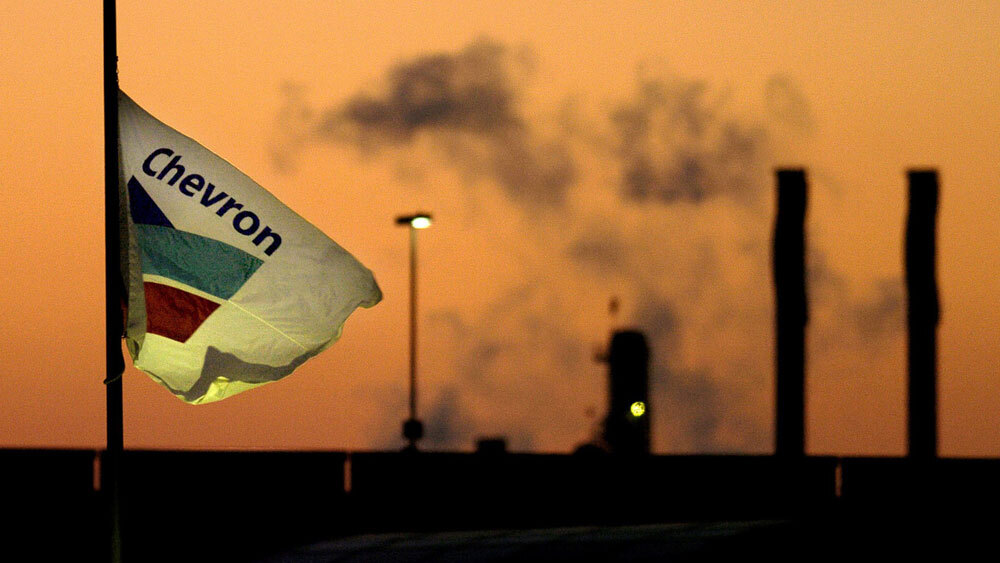 Smoke billows from a Chevron Corp. refinery in Richmond, Calif. The refinery is the largest producer of greenhouse gases in the state.

The biggest producer of greenhouse gases in California is the Chevron Corp.'s oil refinery in the Bay Area town of Richmond, just east of San Francisco.

The refinery opened more than a century ago, and in spite of the bad air, Richmond has always been a loyal company town.

The refinery is nestled on a bank of hills right next to the San Francisco Bay. It's a Byzantine complex of tanks, steam boilers and 8,000 miles of piping. The refinery produces jet fuel, gasoline and diesel.

Over the past century, the Richmond refinery has prospered, helping Chevron make billions in profits.

And those profits are a target of the city's green mayor, Gayle McLaughlin, who has been trying to raise Chevron's local taxes.

"Richmond has suffered, especially in the neighborhoods near the refinery," McLaughlin says.

She points to high rates of asthma, cancer and heart disease in the neighborhoods affected by the refinery's pollution.

McLaughlin also backed a voter effort to raise Chevron's business license fees, a measure a judge later overturned. Tensions over this and other tax disputes cause company officials to hint that it may be time to leave Richmond.

"The Richmond refinery has been here well over a hundred years, and we have had good times and bad times," says Mike Coyle, the refinery's general manager. "Nobody likes divorce."

McLaughlin thinks Chevron's talk of moving is a bluff. But the company says it needs to stay competitive, and to do that it wants some major technical upgrades to the refinery. So far, however, a local judge has temporarily blocked the upgrades, pending more environmental review.

Meanwhile, Chevron's local critics are emboldened. At a recent demonstration, activists protested the refinery, calling it a corporate polluter and accusing it of ignoring the needs of the community.

In reaction to rising tensions, Chevron is trying to boost its local image. It says it will spend more than $3 million this year helping Richmond's nonprofits and economic development projects.

One of those groups is Solar Richmond, an organization that trains workers to install solar panels on homes. The company just received a small grant from Chevron to train another 45 workers.

Kandea Mosley, director of sales and marketing at the organization, said her group didn't hesitate to take Chevron's money.

"Chevron is grappling with what it means to be a 21st century corporate citizen," Mosley says. "And to the extent that we can work together and accelerate renewable energy adoption and create employment opportunities right here at home in Richmond, we want to be part of that work."

Winning new friends could forestall talk of the refinery leaving. Still, many are wondering how the marriage between Chevron and the city of Richmond can be saved.