Accessibility links
Groups Say U.S. Should Pressure Laos Over Deportees Human-rights organizations want to the U.S. to aid ethnic Hmong who have been deported from Thailand to Laos. They say the Hmong face persecution because of their involvement in the U.S.-backed fight against the communist Pathet Lao in the 1970s. 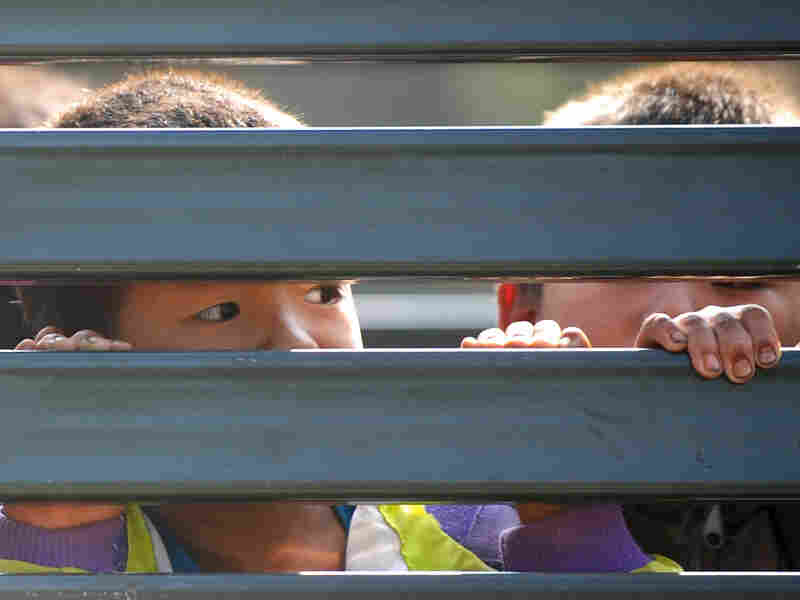 Ethnic Hmong children wait in a military truck that will deport them to Laos. Human-rights groups say the Hmong may face persecution by the Laotian government. Pornchai Kittiwongsakul/AFP/Getty Images hide caption 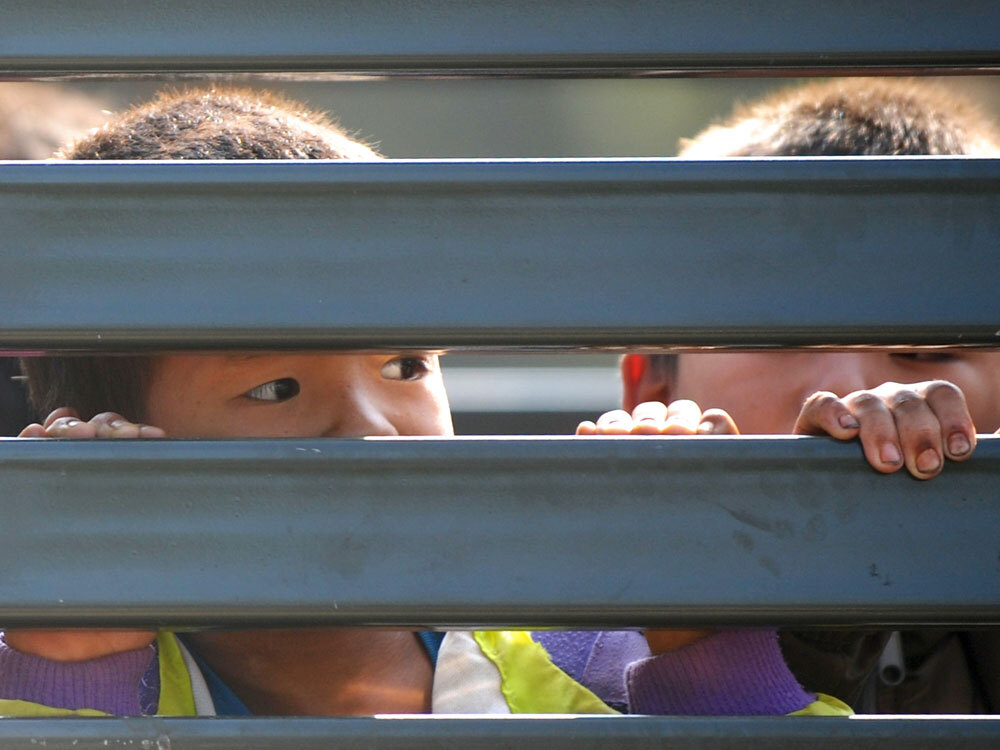 Ethnic Hmong children wait in a military truck that will deport them to Laos. Human-rights groups say the Hmong may face persecution by the Laotian government.

Human-rights groups say the U.S. and the U.N. must pressure Laos to protect more than 4,500 ethnic Hmong who've been deported from Thailand to Laos, with advocates saying the Hmong will face persecution from the communist Laotian government.

Despite expressions of concern from the U.S. and European Union, thousands of Thai soldiers loaded the Hmong into military trucks Monday and took them from a refugee camp in Thailand to a military checkpoint on the Laotian border.

The deportees included 158 people who had previously been identified by the United Nations as refugees, who should have been entitled to protection and resettlement in other countries.

Philip Robertson, the deputy director of the Asia program at Human Rights Watch, said the deportation of those refugees was "a blatant violation" of international human-rights rules.

The U.N. High Commission on Refugees called it "a departure from Thailand's long-standing humanitarian practice" and said it complicates efforts to resolve the refugees' plight, because the UNHCR has no presence in Laos.

The deportation will also complicate efforts to determine the status of the rest of the Hmong who had been living in the camp in Thailand. Robertson said the Thai government never allowed the UNHCR to have access to the Hmong, so it's not clear whether they were asylum-seekers or people who migrated to Thailand in search of jobs.

Hmong activists say the people in the camp included some who face persecution and even death in Laos, because they were connected with the U.S.-backed struggle against the communist takeover of Laos in the 1970s.

During the Vietnam War, many Hmong were recruited by the CIA to fight the communist Pathet Lao during the so-called Secret War in Laos. When the Pathet Lao won in 1975, many Hmong fled the country to avoid retribution.

Second- and third-generation descendants of the CIA-backed soldiers say they fear persecution by the Laotian government, which is still conducting military operations against some ethnic Hmong groups in the mountains of Laos.

Robertson said it's not clear why Thailand decided to move the Hmong from the camps now.

"That's got us all scratching our heads," he said. "We don't know. What was clear was that there was some memorandum of agreement between Thailand and Laos that we haven't seen."

Robertson said there are elements of the Thai national security apparatus "who see fair treatment for these people [the Hmong] as just encouraging more migrants to come to Thailand."

Mee Moua, a state senator in Minnesota, and a leader in the Hmong community in the U.S., issued a statement calling on the Thai government to stop the deportations. She cited international law, "which states that refugees and asylum-seekers cannot be forcibly returned to countries where they could face persecution and death."

Many of the Hmong who resettled in the United States formed communities in states such as Minnesota, Texas and California. Moua's statement said "there are a number of Minnesotans who are concerned for the safety of their family members in Thailand," and she called on the U.S. government to hold the Laotian government accountable for the refugees' safety.

Robertson said the U.S. "needs to press the Lao government strongly to allow international monitors to oversee the return of these people. ... They should account for everybody."

Cher Vu, the librarian at the Hmong Cultural Center in St. Paul, Minn., said the U.S. has an obligation to help Hmong who fought for the U.S. in Vietnam and Laos, and their descendants.

U.S. forces "use you, and when they don't want to use you anymore, they leave you behind and you die."