Accessibility links
New Memoir Tells Stories of Katrina Survival Author Joshua Clark rode out Hurricane Katrina in his home in the French Quarter, and became our eyes and ears in New Orleans. He discusses his memoir, Heart Like Water, and his life the in the aftermath of the storm. 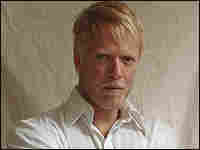 Joshua Clark's Heart Like Water tells stories of survival in New Orleans in the aftermath of Hurricane Katrina. hide caption

Author Joshua Clark rode out Hurricane Katrina in his home in the French Quarter, and became our eyes and ears in New Orleans.

On the night of the storm, he nailed down the shutters, took some sleeping pills, and watched Silence of the Lambs. In the morning, he realized he was one of the few hundred people left in the waste and silence of the Quarter.

He discusses his memoir, Heart Like Water, and his life the in the aftermath of the storm. 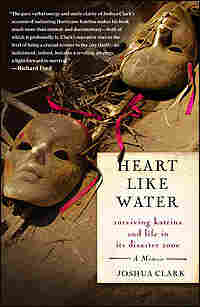 I spent the rest of the afternoon biking up St. Charles. Looters shot was spray-painted on a few banks. Next to Emeril's Delmonico was a store that sold Oriental rugs. Starting at the top of its façade, huge handpainted letters read:

Don't try. I am sleeping inside with a big dog, an ugly woman, 2 shotguns, and a claw hammer.

9-11-05
You know what it means to miss New Orleans. Y'all come back for Carnival. I have my parade spot. Hey, throw me something mister.

The only humans I found were two old guys reading in beach chairs in front of the Circle Bar in the shade of downtown's skyscrapers, fragments of MREs in a neat pile between them. Across the street, General Lee loomed above his traffic circle atop his 100-foot column, defiantly facing North. I biked up to them but they paid me no attention whatsoever. The one right in front of me had on a white dress shirt with the sleeves rolled up above his elbows, a blue baseball cap, headphones draped around his neck, huge round glasses thick as a finger, and a sandy moustache that seemed to consist of about a dozen thick hairs. He spat something out of his mouth onto the ground between my feet. It looked like a tooth. He leaned over, picked it up, examined it, then flicked it over my shoulder toward Lee Circle, and went back to his book.

I crouched down beside him. Far as I could tell he had only two giant teeth, both black, one hanging down, one coming up, touching perfectly in the dead center of his mouth. I cleared my throat. He looked at me, then turned the page in his book and went on reading. "Hello?" I said.

He nodded, spat another white thing onto the sidewalk.

He picked it up, studied it. It was a piece of cracker, probably from the giant saltinelike ones that came in MREs. Again, he flicked it into Lee Circle.

"I wondered if I could talk to y'all for a little bit."

"And record it? Is that okay?"

He closed his book on his finger. "All right."

So, where do you live?

In that apartment building there.

It's an apartment building.

Did you have any storm damage?

I thought I was stronger than I was. It was damage to my ego.

And people have been bringing you food, or you get food?

Oh, a combination. The kindness of strangers.

You sit outside here most days?

Yeah, we change places according to the sun. I guess the canopy of trees that used to be here was swept away by Katrina. It's been a most quiet place. But thanks to the Army and the patrols and the police there's been no looting. Oh they did originally when it first started — the filling stations there across the street were both crackered pretty good.

So, otherwise it's been pretty chill, huh?

Well, no, not as far as sympathetic vibratory patterns — you cry for those who are still living after having everything taken away from them, like jobs, livelihood, mementos, memorabilia, anything. There are lots of good stories. But the good stories are put away by the horror.

No one has come over here and tried to get you guys out of here?

The building manager told us "The water's coming up, it's gonna be up to the second floor! We've got to evacuate!" To where? I asked. His answer was, "Walk toward the Superdome." Fie that. Totally ridiculous. And there was no central place to get the true information. No unity and thought and direction and purpose. It's the ghost of evacuation, is what happened. In other words, you grabbity grab a ghost, you get a handful of sheet. The zoo run by the animals, everybody seeking power, which is a level of being the devil.

What's the worst thing you've seen in your time here in the last four weeks?

Well, one of the little old ladies who lives in our building was walking around the corner and got mugged and the police passed her up while she was laying in the street bleeding.

And you're the only two left in your whole building?

Everybody abandoned it, with fear and loathing. That's the one thing that permeated the whole atmosphere was fear.

Were there any deaths in the building?

Not at the time, no. I'm sure that there are many since they've evacuated. God knows how they're gonna push a little old lady on crutches, and who has had a stroke, and wherever they sent all of them I don't know. You know, not too many people have stuck together. They all ran their separate ways. Like the rats who leave the ship, and it didn't sink. And Nagin saying we should leave, and I wanted a seat on the airplane that his wife took. And when Mr. Bush was flying around, I wonder what he ate that night. But this is making the best of what is here. It's been an experience. I'm a witness. Why I have to witness I don't know, but I'm here. It's not the best, but I think I can do it. I'd rather be a number of places. I used to visit the Twin Towers. There was a great fine restaurant there — not the best food... but it had a great view. Just delightful. And that was one of the places — because I lived there, on Long Island — everybody wanted to go there. Not to the top of the Empire State.

Do you guys pretty much spend all your time out here reading, until the curfew?

I do other things, too. I write and I paint and I draw and plan. You know, it used to be that we made friends with a lot of the people who walked by. It's very quiet now.

What are you reading right now, can I ask?

Yes, I'm reading All I Need to Know I Learned in Kindergarten by Robert Fulghum. Listen to this: "I believe that the imagination is stronger than knowledge, that myth is more potent than history, that dreams are more powerful than facts, that hope always triumphs over experience, that laughter is the only cure for grief, and I believe that love is stronger than death."

Do y'all need anything? Water or anything?

We want two things. Tell him what they are, Jimmy. 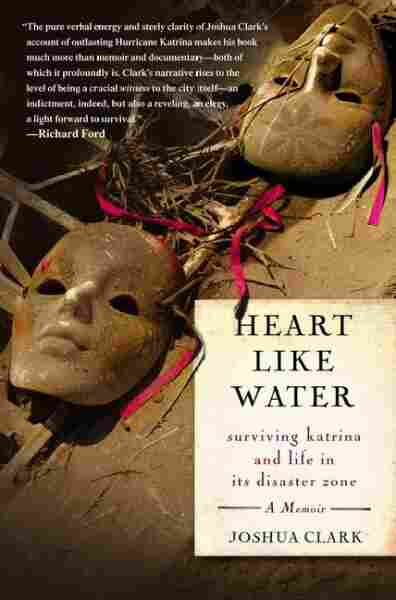 Surviving Katrina and Life in Its Disaster Zone