Accessibility links
Def Jam's 25th Anniversary: Songs We Love Def Jam's 25th-anniversary box set is a collection of some of the most amazing music released since the dawn of hip-hop. Gorgeous, powerful and surprising, its songs still sound fresh. 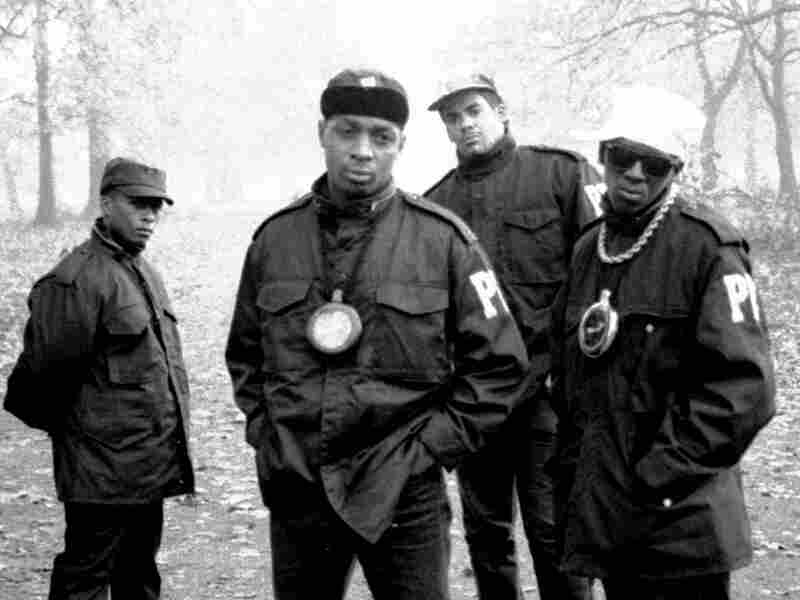 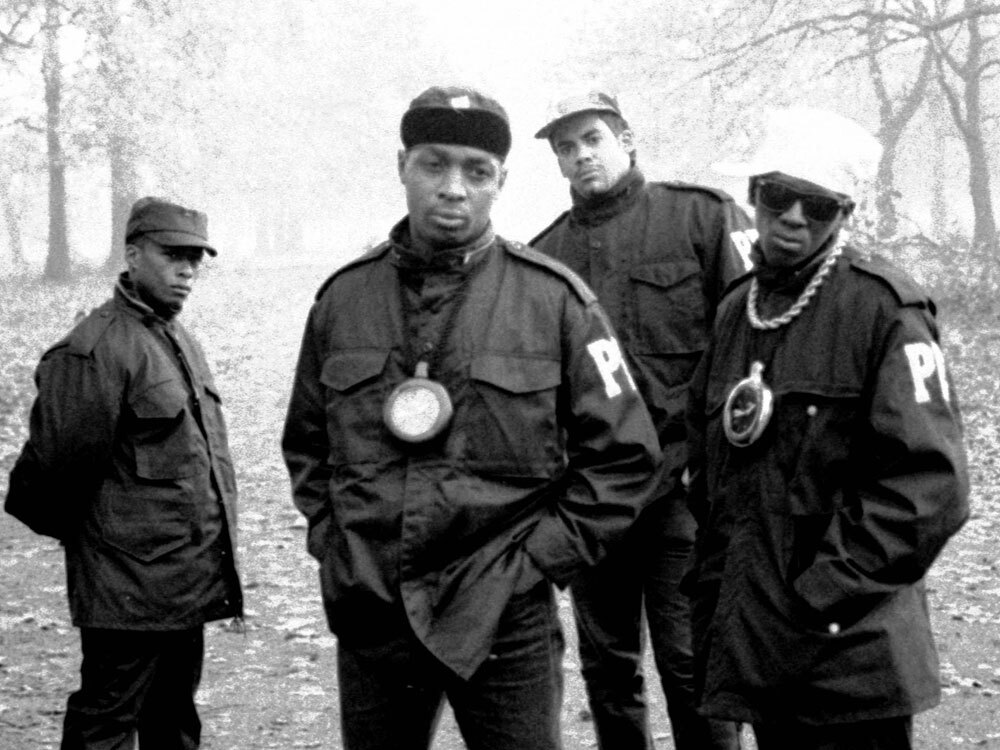 This 5-disc set is available for purchase from Amazon.

Frannie Kelley, NPR Music Def Jam's recent 25th-anniversary box set compiles some of the most amazing music released in my lifetime: Gorgeous, powerful and surprising, its songs still sound fresh. How did they even do that? I lived, for exactly one semester, in the same NYU dorm Rick Rubin did when he and Russell Simmons started Def Jam. Every day, I walked past the same guard station where Rubin once picked up demo tapes sent in by rap hopefuls after they heard T La Rock's "It's Yours" -- including LL Cool J. My roommate had a DMX poster taped up on her side of the painted cinderblock walls; we would drink rum-and-Cokes with the most astonishing ratio of rum to Coke, and sing "Hard Knock Life" (Jay-Z's song, not the one from Annie). Needless to say, during that time, I did not create anything that would later be sold for $100 million. I did not sign Public Enemy.

Thankfully, Rubin and Simmons -- and Jazzy Jay, Lyor Cohen, LA Reid, Jay-Z and all others who had a hand in the creation and continued success of the label -- are very good at finding, producing, marketing and generally getting excellent music into the world. Just listen to these songs. 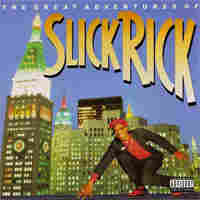 My school bus was hype after rap music trickled down to us in the South. All the kids would learn the lyrics, and we'd recite them together at the bus stop and on the way to and from school. Neighborhood cliques didn't matter when we were on that bus, rapping and pretending we were The Sugar Hill Gang, The Fat Boys, Kool Moe Dee, Run DMC, LL Cool J or Salt-N-Pepa. Then The Get Fresh Crew introduced us to Doug E. Fresh and MC Ricky D, a.k.a. Slick Rick. To this day, I can recite all the lyrics to "The Show" and "La Di Da Di." In the late 1980s, when Rick recorded his solo album and the single "Children's Story" dropped, I was a teenager with a driver's license, but the familiar voice and storytelling style took me back to the bus stop. Its tale of caution about a kid on a crime spree ends like most bedtime stories -- with a nugget of wisdom: "This ain't funny, so don't you dare laugh. Just another case about the wrong path. Straight and narrow or your soul gets cast. Good night." Twenty years later, and Slick Rick's "Children's Story" is still knockin' 'em out the box. 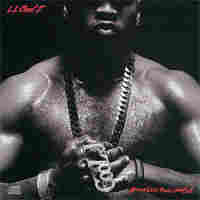 Considering I was only 9 when LL Cool J had already undergone his first reinvention with Mama Said Knock You Out, it's safe to say I didn't know much rap music when this album and its title track came out. But hearing the familiar opening lines -- "Don't call it a comeback / I been here for years / Rockin' my peers and puttin' suckas in fear" -- takes me back to Bar Mitzvah dance parties and watching MTV at friends' houses because my parents didn't have cable TV. As one of the first rappers I knew to cross over into acting, LL Cool J was less overtly political and safer than some of his peers. In 1990, following a dismal critical failure (1989's Walking With a Panther), the rapper had something to prove. The record marked the evolution of LL Cool J, thanks to Marley Marl's slick production and instrumental samples and LL's more complex sense of rhythm and rhyming. "Mama Said Knock You Out" takes LL back to his humorous wordplay, dishing out disses and hyping his image with swaggering yet often self-mocking lyrics. Still, the song is mostly about raucous attitude, especially in the memorable and still-funky rendition he performed on MTV's Unplugged. 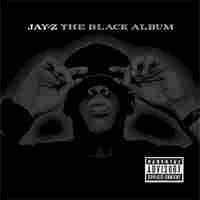 He may still have one in him, but as it stands, here goes Jay-Z's last masterpiece. That first verse, so emphatically defiant; the second, an effortlessly rich parable; the final stanza, kind of an interpolation of an extended UGK quotation -- but, hey, it still works! Really, anything half as menacing would have ridden Rick Rubin's severe, thrashing beat to proper effect; Hov courteously brought his instant-quotation A-game for his label founder's return to rap. (A parenthetical moment for Rubin's cameo in the music video, all manner of fur-draped Lebowski sangfroid: a classy gesture on Jay's part, complete with an accompanying shout-out.) A separate aside is also reserved for Jay-Z's coy PR game about his then-rumored relationship with Beyonce Knowles (who, me? "girl problems"?), but this song really begins and ends with the mythos of Jay-Z. Its success finally won him unassailable superstardom, and his uncompromising agenda secured him 'hood love forever. Wouldn't you know it: Jay-Z's proclamations of greatness wound up a self-fulfilling prophecy. 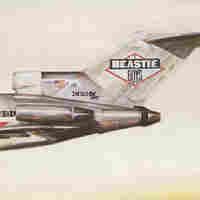 "I can't stand them... I think the name describes them very well, Beastie; they're beastie! I don't like that rap stuff, it's garbage. It just doesn't bring you a good feeling when you listen to it. They're American, unfortunately." That's my Iranian father's opinion of The Beastie Boys. He's much more of a British Invasion kind of guy, and considers all rap music a travesty of Americanism. I, on the other hand, loved The Beastie Boys. My very first cassette tape was Licensed to Ill, and I used to blast "Brass Monkey" and jump on my bed. I was an American girl trying to shake off the overbearing and controlling style of my immigrant parents -- one in particular. I wanted to listen to rap music, hang out with friends and wear Guess jeans! My rebellion came in small doses. On long car rides to visit family, my little brother and I would rap in the back seat and drive my father bonkers. I'm a grown woman now, but whenever I hear "Brass Monkey," I can't help but get down. This first-generation California girl is still longing to dwell in a castle in Brooklyn, and one day I will. 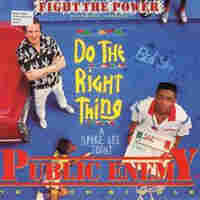 Its opening lyrics burn it into our memories -- a time and place any of us who lived through it aren't likely to forget. "1989, the number, another summer"; the year when hip-hop solidified as the next new American music genre, led by Public Enemy. Music for me has always had visuals associated with it, so the sight of Rosie Perez dancing to "Fight The Power" over the credits to Spike Lee's Do the Right Thing transformed her into my technicolor Dorothy in Oz, leading us down the Brooklyn brownstone road to music's global, hip-hop future, where we all now live. But beyond the danceable, sampled beats, the lyrics had a message -- stand up, black man, and fight back. The song and the movie, after all, were set in the New York of the 1980's; the New York of Ed Koch and Al Sharpton; the New York of Howard Beach and Tawana Brawley. And, unlike in the '60s, the message was not one of non-violence; it was one of taking it to the streets and getting what you deserve. "Fight the Power" became the anthem for the civil-rights movement of 1989, and Do the Right Thing was its vehicle. As a journalist in the '80s, I photographed Spike Lee and spent time in Queens talking to folks outside a "certain" pizzeria. But nothing from that time is as vivid as the memory of this song and how it seemed to galvanize worldwide societal change in an instant. "Fear of a Black Planet" indeed! 1989, a number, but not just another summer. 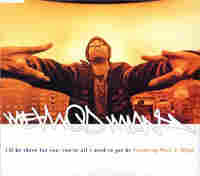 Take Method Man's "All I Need" (from his debut album, Tical), add a gorgeous vocal of Mary J. Blige covering Marvin Gaye and Tammi Terrell's 1968 classic "You're All I Need to Get By," and then ask Puff Daddy to mix in a sample of The Notorious B.I.G.'s "Me & My Bitch," and you've got the quintessential hip-hop love song of the '90s. While the original Gaye/Terrell duet is fraught with passion and urgency, the Method Man/Blige rendition portrays a straightforward, matter-of-fact kind of love; a love in which the claim "We can make war or make babies together" is delivered as fact, not sentiment. In the video, Method Man and Blige sit side-by-side, nodding their heads in unison with the beat and each other. It's a realistic concept of a loving partnership to which I can relate. 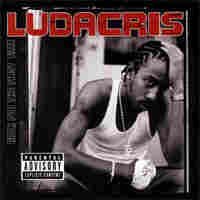 One of my very first pieces for NPR was for a series about American cultural icons, and to my chagrin, I was assigned a piece on overalls. But it gave me a chance to sneak Ludacris' "Southern Hospitality" into Morning Edition, thanks to the lyrics, "Overall country, overall cheese, overall Georgia; we overall clean." Throughout the song, Ludacris exuberantly refracts the trappings of both Southern and hip-hop mythology, using the happy prism of sex and the darker mirror of history. Tucked among the bravado and florid boasting are references to silencing, to sweat and disenfranchisement, to a legacy of poverty, misogyny and violence. Like the lemonade he references -- the very essence of Southern hospitality distilled in a frosty drink -- "Southern Hospitality" revels in a clash of sensations, sweet and sour in symphony. 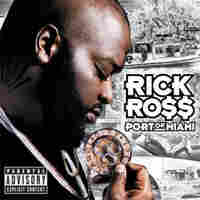 This is not a dance song -- this is a fight song.  From the very first note, Rick Ross is nipping at your heels, yet he's able to deliver his lyrics with a calmness that underplays his aggression. I first heard "Hustlin' " in 2006, when it appeared in the Georgetown Hoyas' pre-game warmup.  Ever since, it's been part of my warmup, integral in putting on my game face. Ross' Mafioso-style lyrics are heavy with drug-trafficking allusions, but that's not where "Hustlin' " gathers its momentum.  It's all in the hook.  I've caught myself on multiple occasions uttering those words -- "Everyday I'm hustlin' " -- in an embarrassingly deep voice.  From the synthetic snare drum to the quivering organ chords, the song is menacing.  If you want to get a little meaner, if only for a moment, give "Hustlin' " a listen.  It will make you bare your teeth, in a good way. 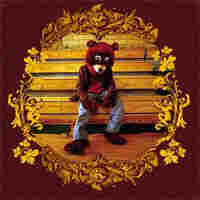 Kanye West's "Jesus Walks" was more than just a showcase for his superhuman production and refreshingly introspective lyrics. For an awkward Pentecostal black kid like myself, all of The College Dropout was an anthem, with "Jesus Walks" perfectly explaining the dilemma of being spiritual without the religiosity of your parents, and the rest of the disc justifying being black while also being somewhat of a nerd. I felt West wrote "Jesus Walks" just for me, the child of a church organist who would sneak rap CDs home under his crisply ironed polo shirts. We end the decade with West at a low point, but re-listening to "Jesus Walks," you realize why he's such a big deal. His out-of-the-box, thinking-man's hip-hop helped make it possible to love rap without the baggy jeans, or the feigned gun-play, or the testosterone-overdose swagger. And, with this song in particular, he made it okay to like rap and Jesus at the same time. 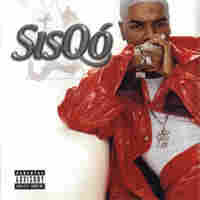 When I first heard "The Thong Song," I was too overwhelmed by what "dumps" could possibly mean to really appreciate the music. "She had dumps like a truck, truck, truck? Thighs like what, what, what?" At the age of 10, it sounded like a mysterious code for things I wasn't sure I wanted to know about. Although I still haven't deciphered all the lyrics -- does anyone know what, exactly, she had thighs like? -- I've since discovered how to enjoy SisQo's booty-bumping epic: Give up and appreciate the butt. Every second of the silly orchestral samples and sexy pant-a-pella percussion exists only to underscore just how very, very much SisQo loves the ass. (Heck, the video had pyrotechnics.) "The Thong Song" may not be subtle or even coherent, but you have to give it points for enthusiasm.