Accessibility links
Blame Game Follows Foiled Terrorist Attack Republicans were quick to pounce on perceived missteps by the administration after the failed attempt to blow up an airliner Friday. But the holiday timing of the incident is a double-edged sword: The GOP criticism of the president has received intensive coverage, but many people aren't fully plugged in. 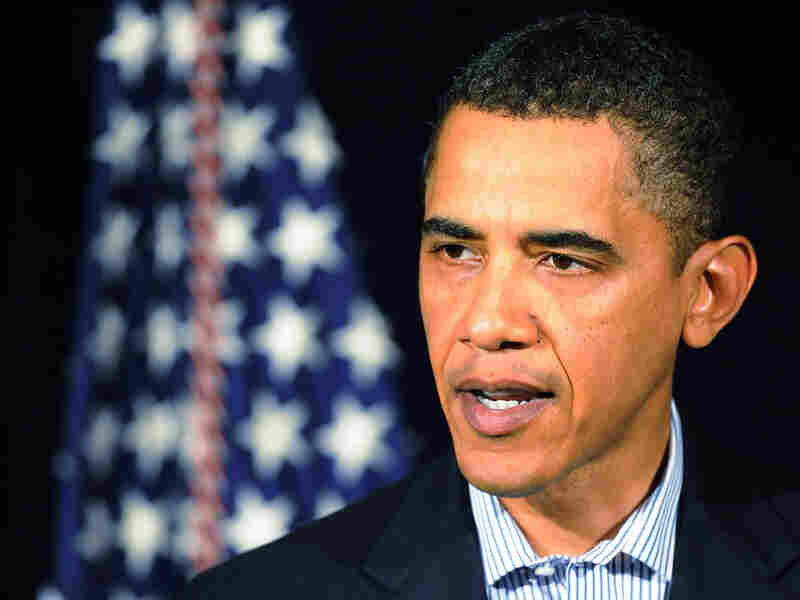 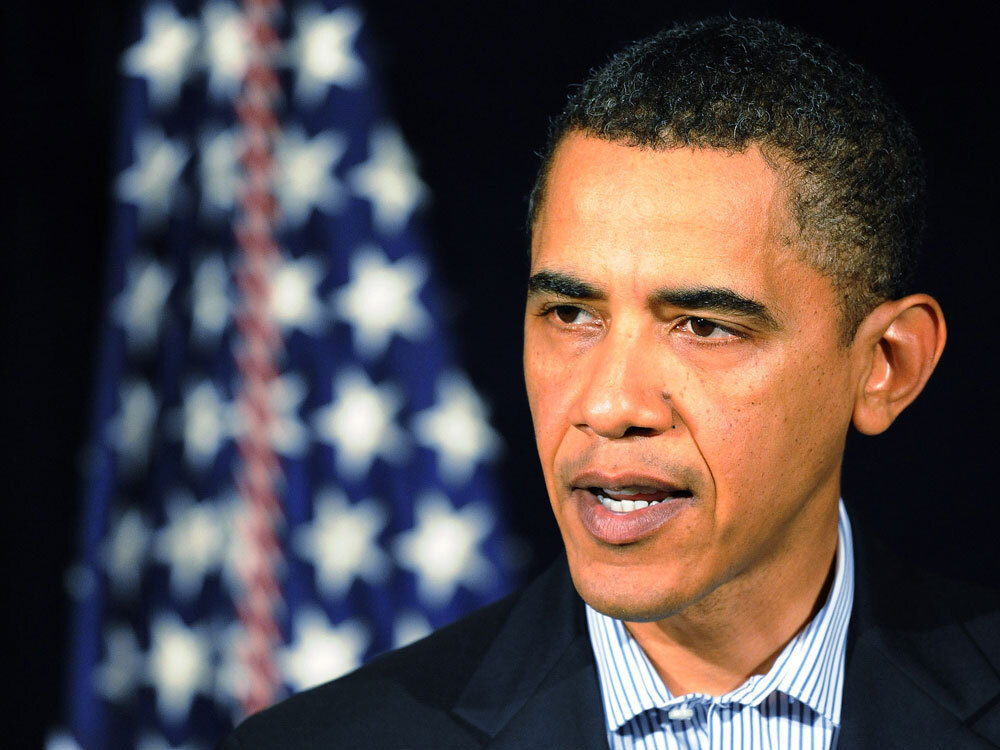 President Obama says the U.S. intelligence network suffered a "systemic failure" ahead of the thwarted plane bombing Friday and vowed to quickly fix the problems.

President Obama blamed a "systemic failure" for allowing a suspected terrorist to board a U.S.-bound airplane last week carrying potentially deadly explosives. He vowed to fix the system quickly and promised "accountability" at every level.

The president's comments Tuesday came in response to criticism of the government's handling of the foiled attack, both before and after the fact.

Obama said some parts of the U.S. intelligence community were alerted "weeks ago" to concerns that a young Nigerian man, Umar Farouk Abdulmutallab, was becoming radicalized and could pose a threat. But Obama said that information was not effectively distributed before Abdulmutallab boarded a Northwest Airlines flight from Amsterdam to Detroit, and allegedly tried to blow it up.

"Had this critical information been shared, it could have been compiled with other intelligence, and a fuller, clearer picture of the suspect would have emerged," Obama said. "Warning signs would have triggered red flags. And the suspect never would have been allowed to board that plane for America."

Obama called the breakdown in information-sharing "totally unacceptable." He ordered that a preliminary review of the problem be finished by Thursday, "because lives are at stake."

"As president, I will do everything in my power to support men and women in intelligence, law enforcement and homeland security to make sure they've got the tools and resources they need to keep America safe," Obama said. "But it's also my job to ensure that our intelligence, law enforcement and homeland security systems and the people in them are working effectively and held accountable."

The CIA says it learned of the 23-year-old Nigerian man in November, "when his father came to the U.S. embassy in Nigeria and sought help in finding him.

Before that, spokesman Paul Gimigliano says the agency did not have Abdulmutallab's name.

Also in November, Gimigliano says the CIA worked with the embassy to ensure Abdulmutallab "was in the government's terrorist database — including mention of his possible extremist connections in Yemen."

"We also forwarded key biographical information about him to the National Counterterrorism Center," Gimigliano says.

"This agency, like others in our government, is reviewing all data to which it had access — not just what we ourselves may have collected — to determine if more could have been done to stop Abdulmutallab."

Obama spoke out publicly for the second time in as many days about the Christmas Day bombing attempt — a marked contrast from the weekend, when he stayed out of sight, vacationing in Hawaii with his family. Aides say Obama deliberately kept a low profile at first, to avoid alarming the public or rewarding the attackers.

Risk communication expert Baruch Fischhoff thinks the administration may have worried too much about calming travelers' nerves. Fischhoff, a professor at Carnegie Mellon University, said what people want from their government at a time like this is competence and honesty.

"They don't want to be reassured or to be worked or to be spun. They want to know the facts so that they can make their decisions," he said. "Often officials have insufficient faith in the public. They think the public can't be trusted to handle the truth and make responsible decisions."

Republicans were quick to pounce on perceived missteps of the administration — especially the comment Sunday from Homeland Security Secretary Janet Napolitano that the system had worked. Rep. Pete Hoekstra (R-MI), who's running for governor in Michigan, even sent out a fundraising letter, criticizing the response of those he called "weak-kneed liberals." The Democratic National Committee called the letter "shameless." But it's not unusual.

"There was a time when a national security issue would not have aroused a partisan reaction. But those days are long gone," said political analyst Jack Pitney of Claremont McKenna College. "The Republicans have had a sense of issue ownership when it comes to issues of homeland and national security, and consequently it makes political sense for them to think they have an opening here."

The holiday timing of the incident is a double-edged sword for politicians. It's a slow news week, so the GOP criticism of the president has received intensive coverage. But it's also a time when many people aren't fully plugged in. Gallup's daily tracking poll showed no change in Obama's approval rating in the days immediately after the bombing attempt. Before this latest incident, terrorism was barely on voters' radar screens.

Five times as many people called health care the nation's most important problem. And that was dwarfed by those who are most worried about the economy.