Accessibility links
Darfur Activists Push Spielberg to Pressure China As Sudan's largest trading partner, China has become a focal point for Darfur-genocide activism. As fate would have it, Steven Spielberg — who is consulting on the Beijing Olympics — may be in a position of extraordinary influence. 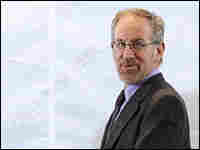 Director Steven Spielberg is consulting on the opening and closing ceremonies at the upcoming Olympic Games in Beijing. Sergei Supinsky/AFP/Getty Images hide caption 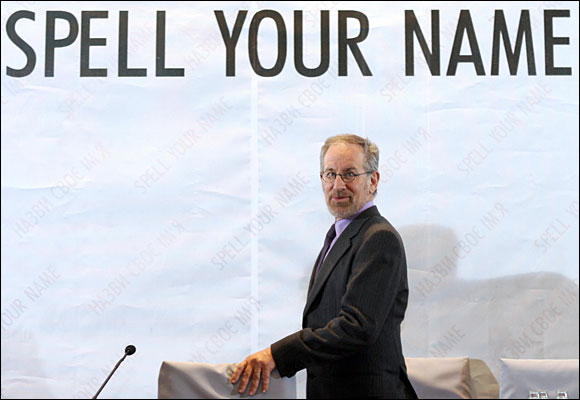 Director Steven Spielberg is consulting on the opening and closing ceremonies at the upcoming Olympic Games in Beijing.

Hollywood heavyweights have been trying to use their star power to end the four-year-old humanitarian crisis in Darfur. Recently, they leaned on one of their own — to get him to lean on one of the world's most powerful governments.

Mia Farrow is one celebrity who has been active on Darfur for several years. George Clooney, Don Cheadle, Brad Pitt and Matt Damon founded a group called Not on Our Watch to address the issue. All of them want to draw attention to Darfur, the western region of Sudan in which hundreds of thousands of people have died and millions have been displaced over the last four years. The government of Sudan denies accusations of genocide.

To influence Sudan, Farrow decided to put pressure on Beijing. China is Sudan's biggest oil customer and a diplomatic advocate for the Sudanese. The Chinese are looking to the Beijing Olympics in 2008 to raise their image in the world, and they've invited Steven Spielberg to consult on the opening and closing ceremonies.

Now Darfur advocates, including Farrow, have criticized Spielberg for working with the Chinese. In March, Farrow went so far as to write that Spielberg could be thought of as "the Leni Riefenstahl of the Beijing games" if he failed to urge the Chinese to pressure Sudan.

That reference to the Hitler-glorifying German filmmaker has drawn no public response from the Schindler's List director. But a few days after Farrow's broadside, Spielberg wrote a letter to Chinese President Hu Jintao, outlining his concerns about Beijing's role in Sudan. He called for China to advocate for United Nations action to stop the crisis in Darfur.

So far, there is no word of a reply.

I greatly value my association with the 2008 Beijing Olympics, an event meant to unify nations and people as well as to promote respect for universal moral principles. These first Olympic Games to be held in China also promise to be a fitting symbol of the important role that your nation will play in the affairs of the world in this new century.

My contributions as a filmmaker have led me to the Beijing Olympics. As important as film is to me, however, there is another aspect of my life's work that is both more personal and more significant.

Among my proudest achievements has been the establishment of the USC Shoah Foundation Institute for Visual History and Education. The Institute has recorded the video testimonies of 52,000 survivors of the Holocaust from 56 countries in 32 languages. These remarkable documents have offered the world faces and voices of men and women who survived the genocide which, in Hebrew, we call the Shoah. These first-hand experiences have been preserved and made available for scholarship and education so that the genocide suffered by the Jews under the Nazis can never be forgotten.

Even more important than the collection of the testimonies themselves is the mission of the Institute: to use those testimonies to overcome intolerance, prejudice, bigotry and the suffering they cause. We are doing that now in many countries around the world, and I hope that China will someday be one of them. I regard the creation of the Shoah Foundation Institute as the most important professional accomplishment of my life. It alerts me, and I hope others as well, to the importance of speaking out on behalf of those who are targeted by governments for murder.

I believe there is no greater crime against humanity than genocide. I feel strongly that every member of the world community has a moral and ethical responsibility to act to prevent such crimes, to eliminate the conditions in which they are bred and to combat them wherever they exist. Therefore, I am writing this letter to you, not as one of the overseas artistic advisors to the Olympic Ceremonies, but as a private citizen who has made a personal commitment to do all I can to oppose genocide through the work of the Shoah Foundation Institute.

For four years I have followed the reports of the chaos and human suffering of the civilians in the Darfur region of Sudan. There is no question in my mind that the government of Sudan is engaged in a policy which is best described as a genocide.

I have only recently come to understand fully the extent of China's involvement in the region and its strategic and supportive relationship with the Sudanese government. I share the concern of many around the world who believe that China should be a clear advocate for United Nations action to bring the genocide in Darfur to an end.

Accordingly, I add my voice to those who ask that China change its policy toward Sudan and pressure the Sudanese government to accept the entrance of United Nations peacekeepers to protect the victims of genocide in Darfur. China is uniquely positioned to do this and has considerable influence in the region that could lead efforts by the international community to bring an end to the human suffering there.

My hope for all sovereign nations is that they will work creatively to co-exist with great peace and lasting prosperity and that they will treat their citizens with dignity and respect. That hope motivates this letter, which I send to you in the spirit of the Olympic Games themselves.

Your Excellency, I look forward to your response and would be more than willing, if you desire, to meet with you to discuss this further. In the meantime, I will watch with great interest China's actions in Sudan.