Accessibility links
New Airport Screening Described As 'Intrusive' The Transportation Security Administration has been testing new equipment that it says could detect objects like the one used in the Christmas Day attack on a jetliner bound for Detroit. But those efforts have met strong opposition from privacy groups, which have had the backing of Congress. The screening has been described as a virtual strip search, but proponents think the latest incident will pave the way for its deployment. 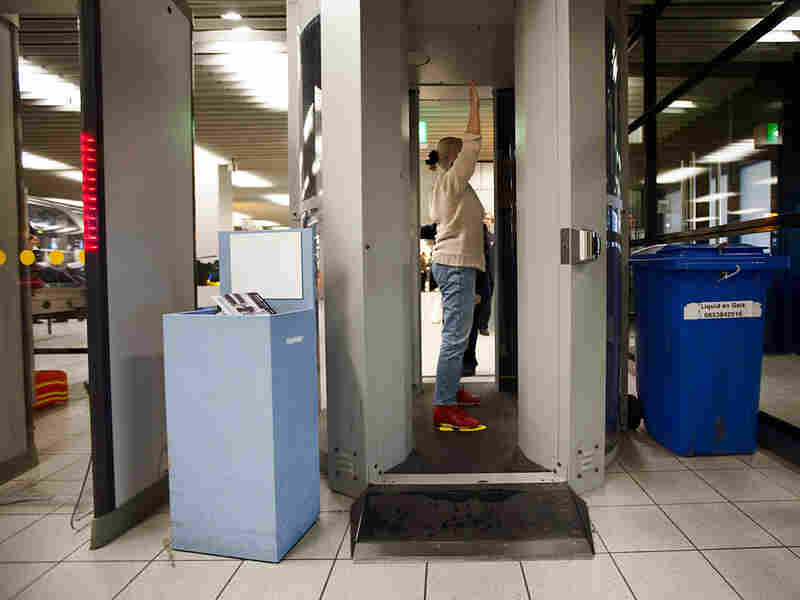 The equipment is designed to produce full-body images of airline passengers and presumably anything they might be trying to hide. Members of Congress have said they're concerned that the pictures are too intrusive and questioned their effectiveness. AP hide caption 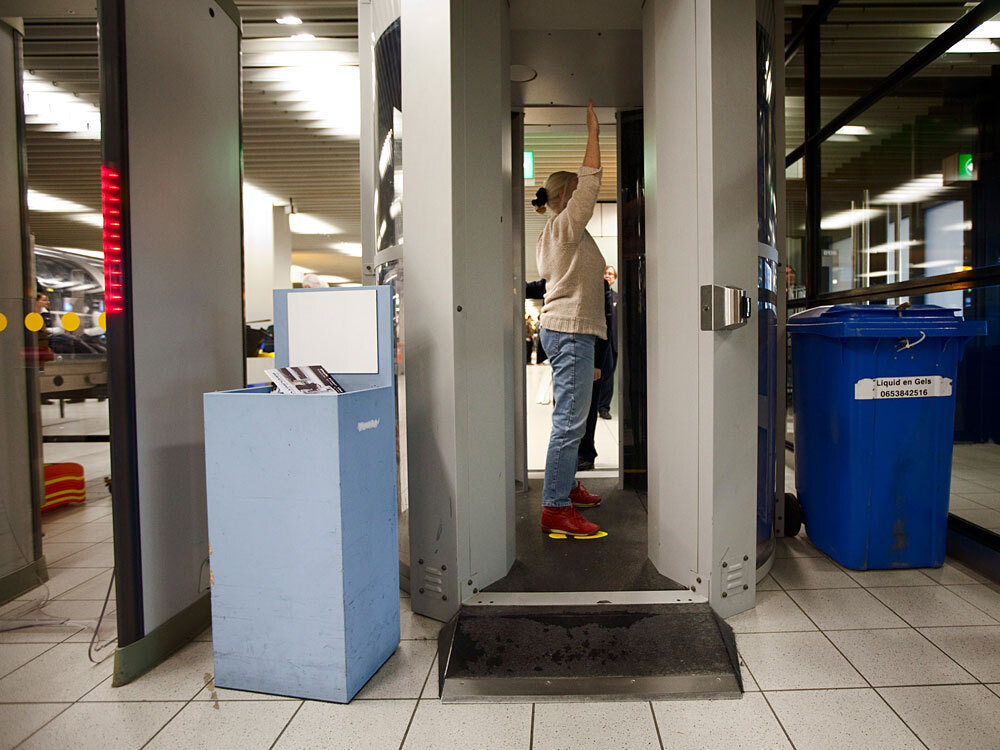 The equipment is designed to produce full-body images of airline passengers and presumably anything they might be trying to hide. Members of Congress have said they're concerned that the pictures are too intrusive and questioned their effectiveness.

Both houses of Congress plan hearings in January to look into airport security gaps that might have allowed a man to bring an explosive device onto a plane on Christmas Day. One issue will be the failure to use new scanning equipment that can help detect explosive devices hidden on a passenger's body.

The equipment is designed to produce full-body images of airline passengers and presumably anything they might be trying to hide. Individuals enter a booth at the security checkpoint, where they're exposed to X-rays or radio waves, which produce a cartoonlike image. It's quick and easy, according to the Transportation Security Administration.

But lawmakers have been among those reluctant to deploy the machines. In June, the House of Representatives voted overwhelmingly to restrict their use. The vote was big — 310-118 — and bipartisan. Members of both parties said they were concerned that the pictures were too intrusive and questioned their effectiveness.

That's what also worries privacy groups, which have mounted a major campaign against the machines that are now being tested at 19 U.S. airports. They say there's no guarantee the pictures won't be misused.

"There's nothing to prevent images from being retained even when they say they won't be retained," says Lillie Coney, associate director of the Electronic Privacy Information Center, an advocacy group at the forefront of the campaign. She says it's not clear whether, in fact, the machines can stop a determined terrorist.

"They're still not going to guarantee that there won't be people who'll get by. Then what's the trade-off? Who in fact will be the casualties of technology that's deployed that will literally strip away human dignity?" she asks.

Former Homeland Security Secretary Michael Chertoff says that's a big exaggeration — and one that could cost lives. He pushed to get the advanced imaging equipment into airports when he served in the Bush administration.

"I mean, they talk about it as a virtual strip search. Of course, it's not a strip search," he says. "They minimize the fact that we have a program in place so that we don't maintain the images. Once the image is seen it's discarded, and they simply dismiss that."

Chertoff notes that the TSA has made other accommodations to meet privacy concerns. For example, the images are viewed remotely by an officer who doesn't see the individual being screened at the checkpoint.

Chertoff says the machines are crucial because existing metal detectors can't pick up dangerous explosives, something that's been known for years. He says he hopes, after last week's incident, that people will listen to reason and that the program can move ahead.

But, he adds: "I hope that what does not happen is that months go by, nothing happens and then the ACLU is back and nobody's on the other side."

Indeed, he has some cause for concern. There's usually an outcry on Capitol Hill to do something right after an attack or attempted attack. But as time passes, interest can wane, especially if the potential solution is expensive and controversial. In this case, the imaging machines cost more than $100,000 apiece. And privacy groups say they're not backing off their fight, and that what they fear most is a knee-jerk reaction to the attempted bombing.

Mississippi Democrat Bennie Thompson, who is chairman of the House Homeland Security Committee and favors the new machines, says finding a solution is not going to be easy. It's always a delicate balance between privacy and security, he says.

"We'll just have to explain in more detail how this kind of equipment is necessary if we're going to be confident that all is being done to protect the public," he says.

Thompson admits that it's also likely that someday terrorists will find a way to evade the new machines, as they have other detection methods. That's why most security experts say the country can't rely on just one piece of technology, and that layers of security are necessary — such as effective watch lists, canine teams and monitoring of airport crowds for suspicious behavior.

Clearly, there were multiple failures last week. Thompson says the challenge is finding the best combination of things that will actually work.