Accessibility links
After Decades, Kasell Steps Away From News Chair The veteran NPR journalist, one of the network's most recognizable voices, will continue to be heard on the popular Wait, Wait ... Don't Tell Me! program.

After Decades, Kasell Steps Away From News Chair

After Decades, Kasell Steps Away From News Chair

"I'm not saying goodbye, because I'll still be around," Kasell told listeners as he signed off on his final newscast, which began at 11 a.m. ET. "I'm just saying, 'I'm Carl Kasell, NPR News, Washington.' "

Kasell, 75, will continue as official judge and scorekeeper for NPR's popular quiz program, Wait, Wait ... Don't Tell Me! In his final newscast, he thanked listeners for their support but reminded them, "I'm not leaving."

"I hear the word 'retirement' a lot, but the only thing I'm retiring is my alarm clock," Kasell told Morning Edition host Renee Montagne earlier Wednesday.

One of NPR's most iconic voices, Kasell began at the network in 1975 as a newscaster for Weekend All Things Considered and moved to Morning Edition when that program was launched four years later. Over the years, he earned a reputation for being calm under fire — a quality he demonstrated in his final newscast when the wrong news report was inadvertently aired. Kasell covered deftly.

Kasell, who was a classmate of the late CBS journalist Charles Kuralt at the University of North Carolina, began his news career in the era of the Vietnam War and Watergate. He wrapped up Wednesday delivering news of the latest casualties in Afghanistan and Iraq, a presidential directive to declassify Cold War documents and the aftermath of the latest attempted terrorist attack.

When asked about his most memorable moments as a newscaster, Kasell said that "unfortunately, it's the disasters that stick out in your mind," including the space shuttle Challenger explosion, the Oklahoma City bombing and "of course, 9/11."

On a huge breaking story such as the Sept. 11, 2001, attacks, "you just have to go into the studio with a lot of copy in hand," Kasell said. So much is happening and changing so quickly that "you're not making it up, but you are putting it together as you go along." 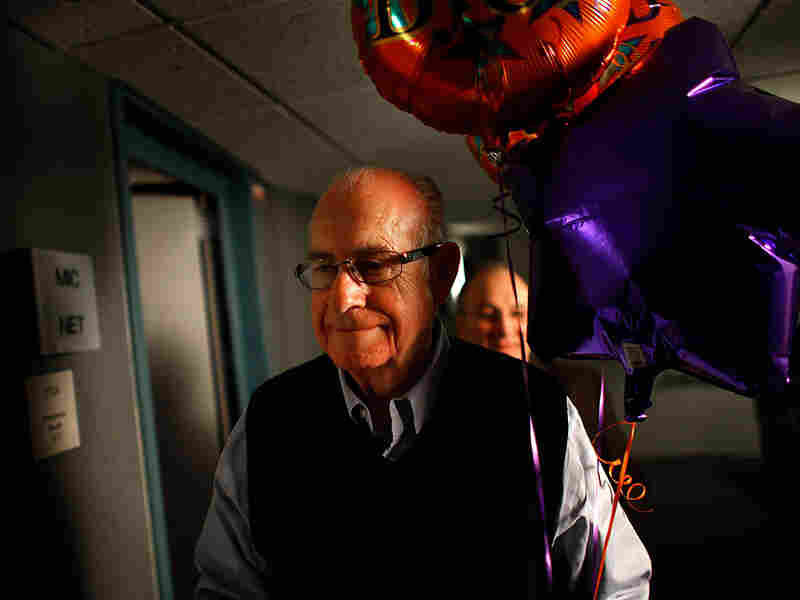 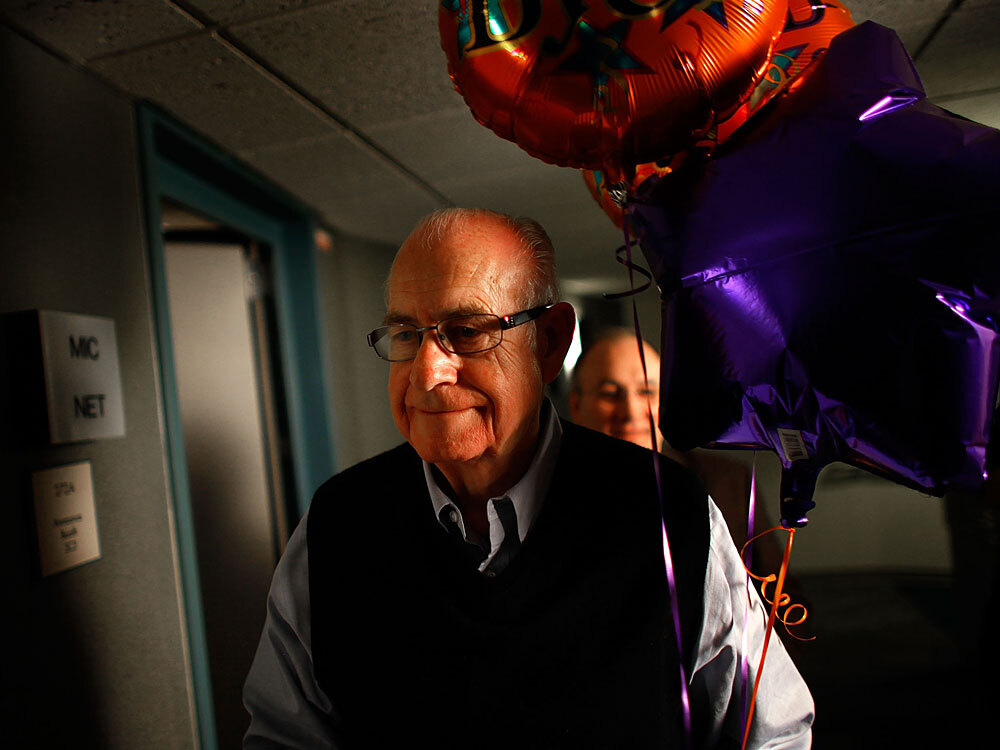 National Public Radio's Carl Kasell walks down the hall after delivering his last newscast Wednesday morning. Kasell will continue his work on the game show Wait, Wait ... Don't Tell Me!

Kasell's top-of-the-hour newscasts have played a key role in shaping the network's sound and on-air presence from its days as a fledgling upstart to now, when it enjoys an audience that rivals or surpasses many commercial news outlets.

"If you polled 100 listeners and asked them to name one NPR voice, Carl would come up 9 times out of 10," said senior producer David Pignanelli, who credits Kasell with helping inspire him to make a career in broadcast news.

Ellen Weiss, NPR's senior vice president for news, said Kasell "is the man millions of us have woken up to for the past three decades."

"He's been the voice to help ease us out of our slumber, to mark the morning ritual and to guide us in and out of some of the most difficult and exciting events of our times," she said.

In 1998, Kasell became judge and scorekeeper for Wait, Wait ... Don't Tell Me! NPR's hourlong news quiz program. The show quickly became one of the network's most popular offerings. A coveted prize for contestants is a personalized greeting from Kasell on their home answering machines.

"We will miss him in the morning, but look forward to laughing with him every week on Wait Wait," Weiss said.

Kasell has won numerous awards and honors during his career, including sharing the prestigious George Foster Peabody award in 1999 with his Morning Edition colleagues. In 2004, he was inducted into the North Carolina Journalism Hall of Fame.