Accessibility links
Analysts: After Bailouts, Detroit Must Deliver In 2010 Heading into the new year, analysts say Ford is the healthiest of the Big Three automakers. GM and Chrysler are stabilizing, but they must prove they are worth the $60 billion in bailout money it took to save them. 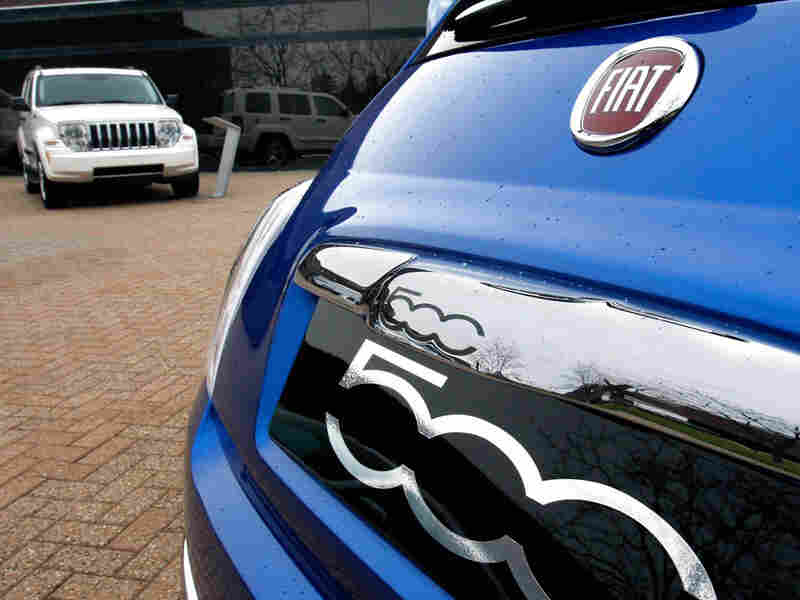 Chrysler, which partnered with Fiat this year, doesn't plan to unveil any new vehicles at the Detroit Auto Show next month. Instead, it plans to produce smaller cars in the Fiat line, including the Fiat 500. Carlos Osorio/AP hide caption 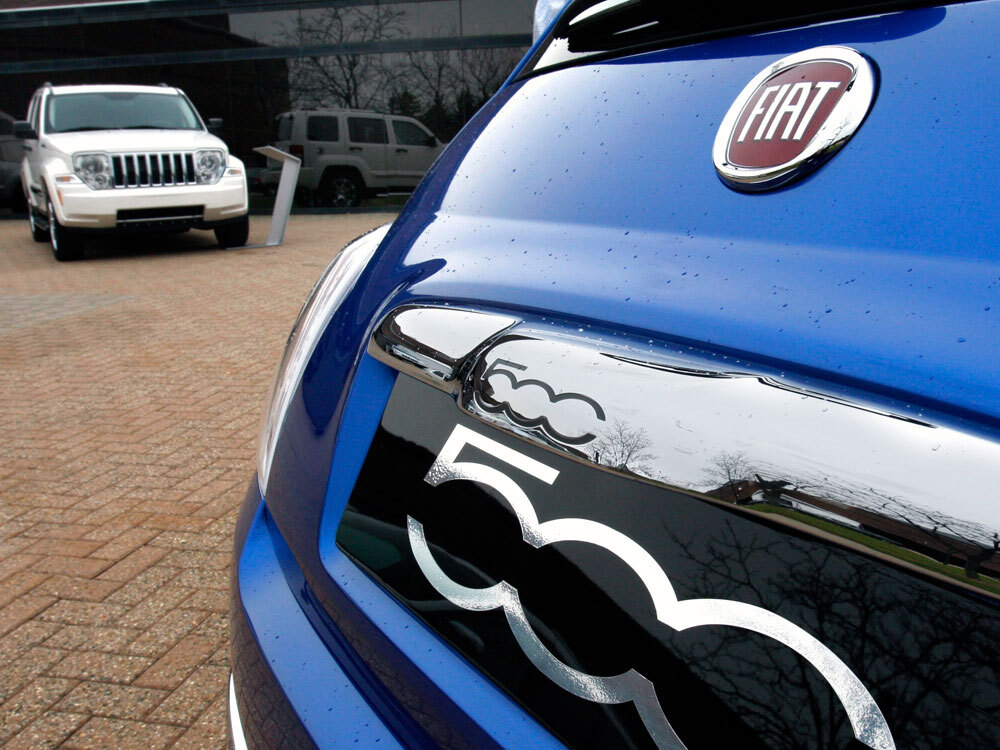 Chrysler, which partnered with Fiat this year, doesn't plan to unveil any new vehicles at the Detroit Auto Show next month. Instead, it plans to produce smaller cars in the Fiat line, including the Fiat 500.

This year was an epic one for the Detroit auto business.

Amid plunging sales and shattered business plans, General Motors and Chrysler were forced into bankruptcies at taxpayer expense. The price tag for the bailouts — which taxpayers opposed — topped $60 billion.

In the coming year, analysts say, GM must prove to consumers that it was worth saving, and Chrysler must show it can survive.

Plans For The Future

So far, the road to recovery has been rocky.

This fall, General Motors struggled to sell off weak divisions and announced plans to shut down Saturn and Saab. Then, in December, GM board Chairman Ed Whitacre announced the removal of the company's second CEO in just eight months.

But after a turbulent fall, analysts are optimistic about next year.

In late 2010, GM will launch the Volt, its long-awaited electric car. Jessica Caldwell, an analyst with Edmunds.com, a car consumer Web site, says that after years of hype, the Volt must deliver. But its expected price tag, thought to be around $40,000, could hurt sales.

"I think for a lot of people, that's pretty expensive, especially when you're looking at essentially a Chevrolet sedan," Caldwell says.

If GM struggled after bankruptcy, Chrysler fared even worse. As of November, sales were down 38 percent from the year before. At next month's auto show in Detroit, Chrysler won't even hold a news conference because it doesn't have any new vehicles to show.

That's because Chrysler entered into an alliance with Fiat last summer, and the Italian carmaker is now in charge. The company is betting on new, small cars based on Fiat engineering.

According to CEO Sergio Marchionne, the company will begin building the Fiat 500, a small car popular in Europe, late next year.

Ford Weathered Recession To Come Out Ahead

If any Detroit company has done well in the downturn, it's Ford. The company essentially mortgaged itself before the recession. Armed with billions of dollars in cash, Ford weathered poor sales without having to go begging to Washington.

Rebecca Lindland, an auto analyst with IHS Global Insight, says Ford got a lot of positive press because it didn't take bailout money, and that helped sales.

"They've got a lot of domestically minded people that maybe had been Chevy people or Dodge people their whole life," Lindland says, "and they've been able to convert them to Ford people."

Because it didn't go through bankruptcy, it wasn't able to shed as much debt or get as many union concessions as its competitors.

Still, going into next year, analysts widely view Ford as the healthiest of the Detroit Three. As for GM and Chrysler, Lindland says public patience is at an end.