Accessibility links
Vote On TSA Nominee Caught Up In Union Dispute The failed Dec. 25 airline bombing has spotlighted the fact that the Transportation Security Administration has been without a permanent leader for a year. A GOP senator put a hold on President Obama's nominee because the administration won't rule out collective bargaining for airport screeners. 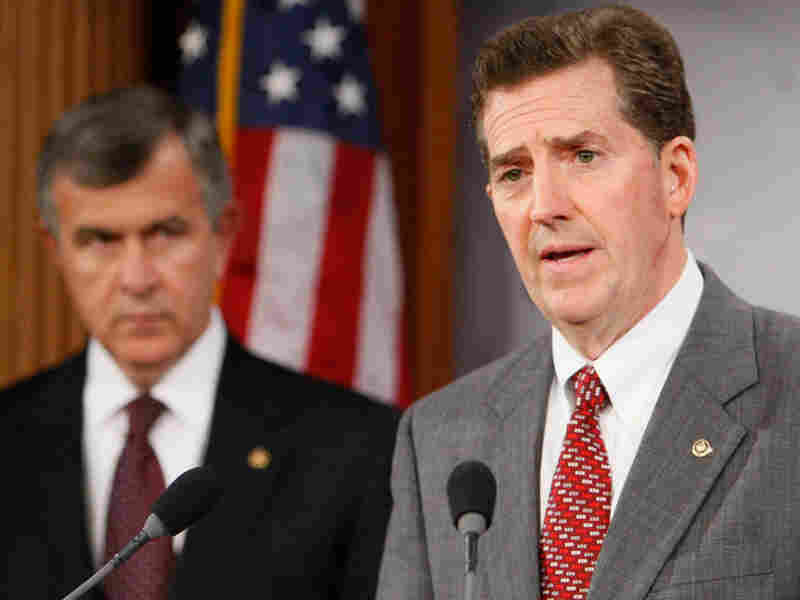 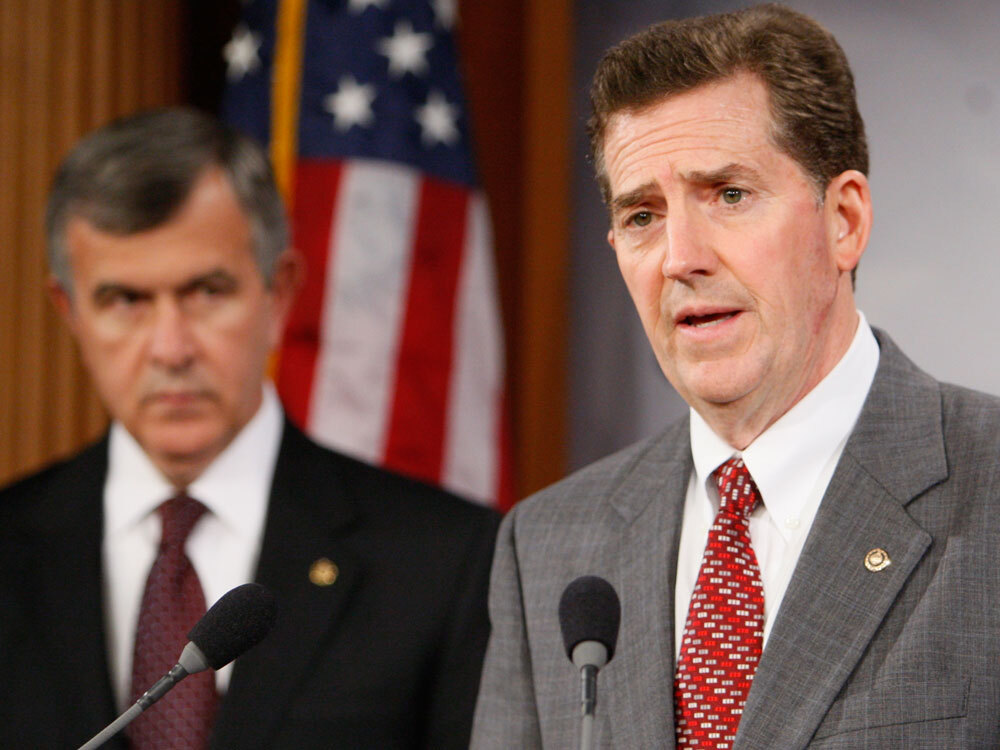 The attempted detonation of an explosive device aboard Northwest Flight 253 on Christmas Day has shifted national attention to the airport screeners who work for the Transportation Security Administration. For nearly a year, the TSA has been without a permanent administrator.

President Obama has named Los Angeles Airport Security Assistant Chief Erroll Southers to the post. But the Senate has yet to vote on the nomination, because one Republican senator wants a guarantee that the administration won't allow collective bargaining for airport screeners.

That revives a bitter controversy from the days of the Homeland Security Department's creation in 2002.

GOP Sen. Jim DeMint of South Carolina says it would be wrong if union bosses were to "dictate" security at the nation's airports. In a statement released by his office, DeMint says that the attempted terrorist attack in Detroit is a perfect example of why the Obama administration should not unionize the TSA.

"Well, senator, the answer is collective bargaining and security are not mutually exclusive concepts, and these types of agreements are negotiated all the time all over the United States," Napolitano said.

Giving airport screeners the right to bargain collectively was a nonstarter for the Bush administration back in 2002, when it drew up legislation creating the Department of Homeland Security and put airport screeners under its jurisdiction.

While employees were able to join a union, they were blocked from bargaining for a contract. When Democrats tried to insert a right to collective bargaining in the bill, they were attacked for opposing homeland security. The accusation was that such bargaining would mean strikes and would leave the country open to terrorist attacks.

In the 2002 elections, Sen. Max Cleland (D-GA), who voted against homeland security measures, saw himself depicted in a TV ad alongside pictures of Osama bin Laden and Saddam Hussein.

That fall, Cleland lost to Saxby Chambliss, his Republican opponent, who has held that Georgia Senate seat ever since.

But have times changed?

"I think that we can accomplish collective bargaining, and also do that in such a fashion that we never at one moment sacrifice any wit of security," says Napolitano.

DeMint argues that allowing airport screeners to bargain for a contract would jeopardize TSA's ability to adjust quickly to new security threats. He says security decisions that take minutes to implement today could take weeks or months of arbitration.

In fact, other security and law enforcement officers within the Department of Homeland Security, including the Border Patrol and Customs officers, are already unionized.

John Gage, president of the American Federation of Government Employees, which hopes to win the right to represent airport screeners, says DeMint's comments amount to demagoguery.

"Having a union is certainly not in any way [going to] affect national security," Gage says. "And of course, we use the examples of the police who rushed into the World Trade Centers on 9/11, and the firefighters. And even our two officers down at Fort Hood, who took down the shooter, were AFGE union members."

A spokesman for Senate Majority Leader Harry Reid says that because DeMint has placed a hold on Southers' nomination — in effect, threatening a filibuster — it will take 60 votes to proceed. Reid says he will schedule a vote on Southers as soon as the Senate returns next month.