Accessibility links
Decade In Review: Corporate Scoundrels And Scandals The business world has been rocked by one scandal after another in the past decade. From Martha Stewart to Bernie Ebbers and Bernie Madoff, it's been a confusing and angry time for investors. The era also saw a 777-point one-day plunge in the Dow and some 7 million job losses.

The business world has been rocked by one scandal after another in the past decade. From Bernie Ebbers to Bernie Madoff, it's been a confusing and angry time for investors.

In particular, the past 18 months have resembled a horror movie, with flaws exposed at Bear Sterns, Lehman Brothers, Washington Mutual, Fannie Mae, Freddie Mac and AIG. All of that was accompanied by a 777-point one-day plunge in the Dow (plus plenty of dismal trading days that followed) and more than 7 million job losses. 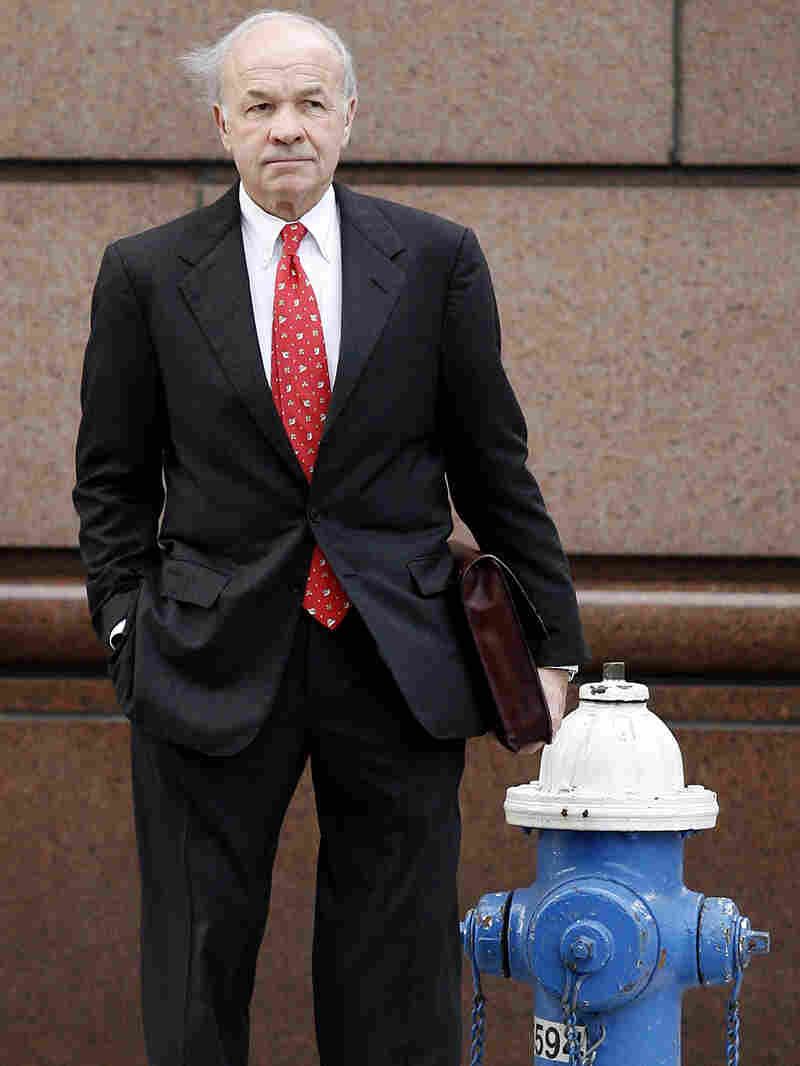 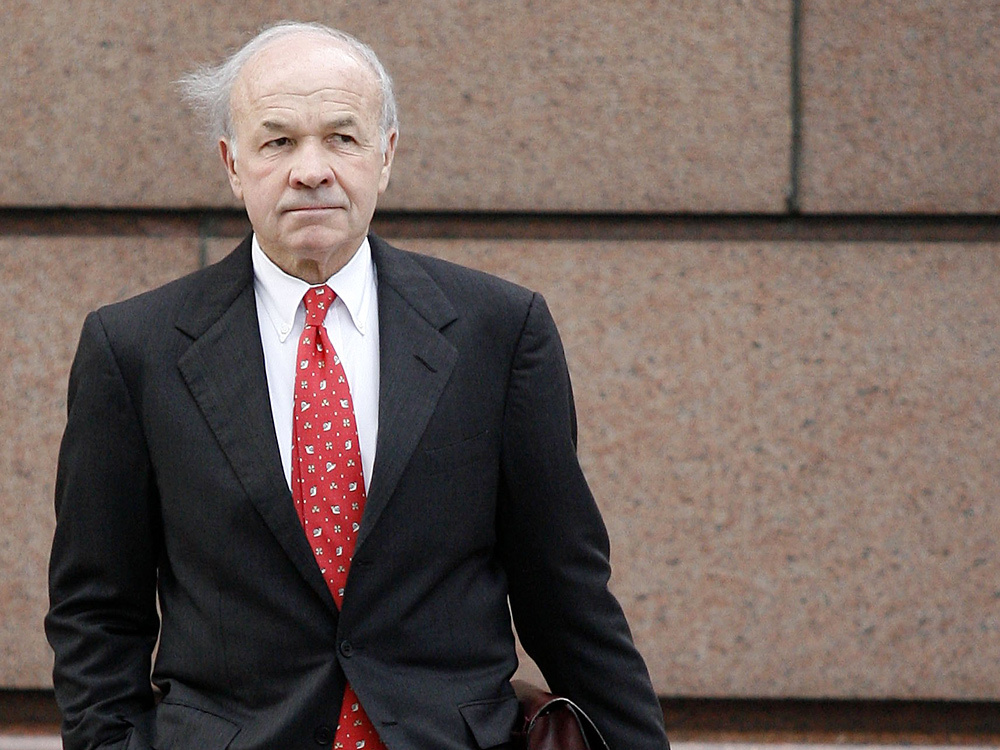 Former Enron CEO Kenneth Lay heads to his fraud and conspiracy trial in Houston on April 11, 2006. Lay was accused of lying about Enron's financial health to investors.

It almost makes the big business scandals from earlier in the decade seem quaint. Enron brought the first shock. The energy trading firm was a virtual cash machine, until its accounting fraud was revealed.

The company filed for bankruptcy protection in December 2001, laying off thousands. And employees who had invested their retirement funds in Enron stock had the money disappear. Congress quickly responded with a series of hearings, featuring executives like former Chairman and CEO Ken Lay.

"Mr. Chairman, I come here today with a profound sadness about what has happened to Enron, its current and former employees, retirees, shareholders and other stakeholders," Lay said at the time.

In 2006, Lay was convicted of fraud for lying about Enron's financial state in the months before the company's collapse.

"I firmly believe I'm innocent of the charges against me," Lay said after being found guilty. "But despite what happened today, I am still a very blessed man."

Lay died of a heart attack before sentencing.

The scandal also led to the demise of the accounting firm Arthur Andersen.

But the accounting scandals didn't stop there. In 2004, former WorldCom CEO Bernard Ebbers was indicted on charges of fraud, conspiracy and filing false documents with regulators.

"The message to CEOs is that integrity is very important," said then-Attorney General John Ashcroft, "and that the falsification of the condition of any documentation that relates to your company is a serious matter."

For years, WorldCom executives had used "creative accounting" to make the company seem more profitable than it really was. In July 2002, it filed for bankruptcy protection. The fraud was estimated at $11 billion. Ebbers was sentenced to 25 years in prison.

The Excesses Of Tyco

At about the same time, another scandal was unfolding at Tyco, where prosecutors accused executives of using the company's treasury as a personal piggy bank. There were lavish homes and bonuses and, perhaps most memorably, a $2 million birthday party for the wife of CEO Dennis Kozlowski. The party featured an ice sculpture in the form of Michelangelo's David, a laser show and a performance by Jimmy Buffett.

Stephen Cutler of the Securities and Exchange Commission described the charges, saying that top executives had "treated Tyco as if it were theirs alone, taking out millions of dollars without ever telling investors."

Kozlowski and his chief financial officer, Mark Swartz, were sentenced by a New York state court to terms of eight to 25 years. 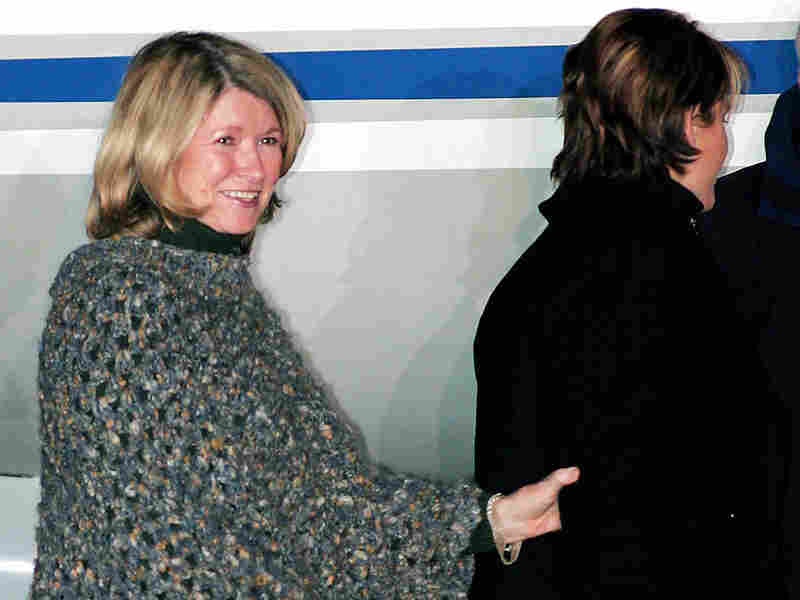 Wearing a poncho, Martha Stewart boards a private jet after being released from prison in Lewisburg, W.Va., March 4, 2005. Stewart completed a five-month sentence for lying to investigators about a stock trade. Scott Olson/Getty Images hide caption 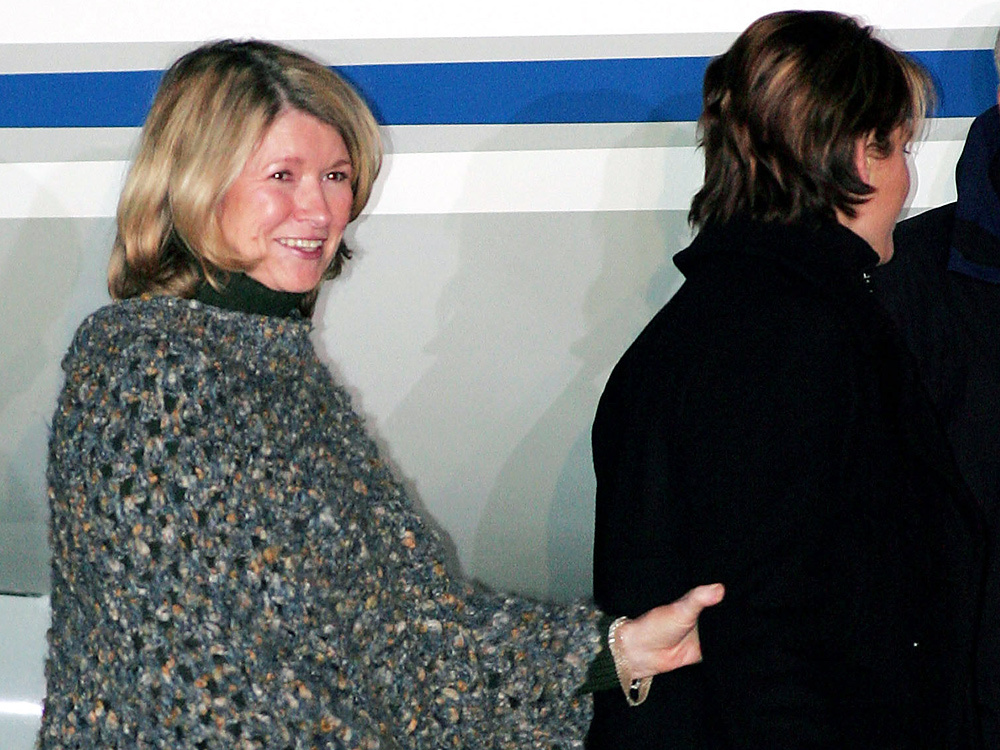 Wearing a poncho, Martha Stewart boards a private jet after being released from prison in Lewisburg, W.Va., March 4, 2005. Stewart completed a five-month sentence for lying to investigators about a stock trade.

In 2003, scandal struck Martha Stewart, who was indicted by a grand jury on charges related to insider trading. The following year, a jury found her guilty of conspiracy, obstruction of justice and making false statements.

Although Stewart maintained her innocence, that September she announced she would begin serving her prison sentence immediately.

"I suppose the best word to use for this very harsh and difficult decision is finality," Stewart said, "and my intense desire and need to put this nightmare behind me, both personally and professionally."

Five months later, Stewart walked out of prison wearing jeans and a poncho, promptly setting off a minor fashion sensation.

But none of those scandals can compare to the epic fraud committed by Bernard Madoff, who last December admitted to his sons that his successful asset management business was "one big lie."

Madoff's Ponzi scheme took in tens of billions of dollars and left victims like Sharon Lissauer with a fraction of their savings.

"I put all my savings in, stupidly, because I trusted him so much," Lissauer said on the day Madoff pleaded guilty and was sent to jail.

Madoff is serving his 150-year sentence at a federal prison in North Carolina.