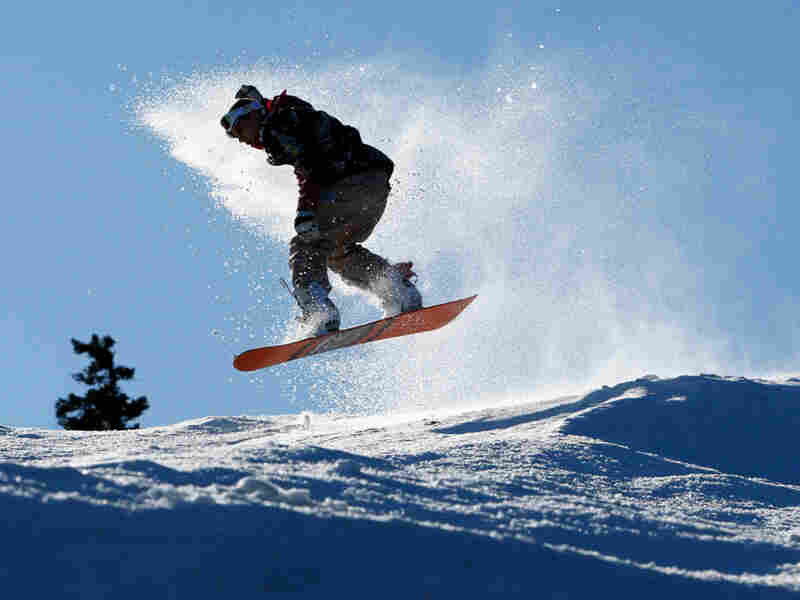 A snowboarder catches air at a resort in Maine. A recent Dartmouth report reveals that resorts report an average of 23 percent more snow on weekends than during the week. Robert F. Bukaty/AP hide caption 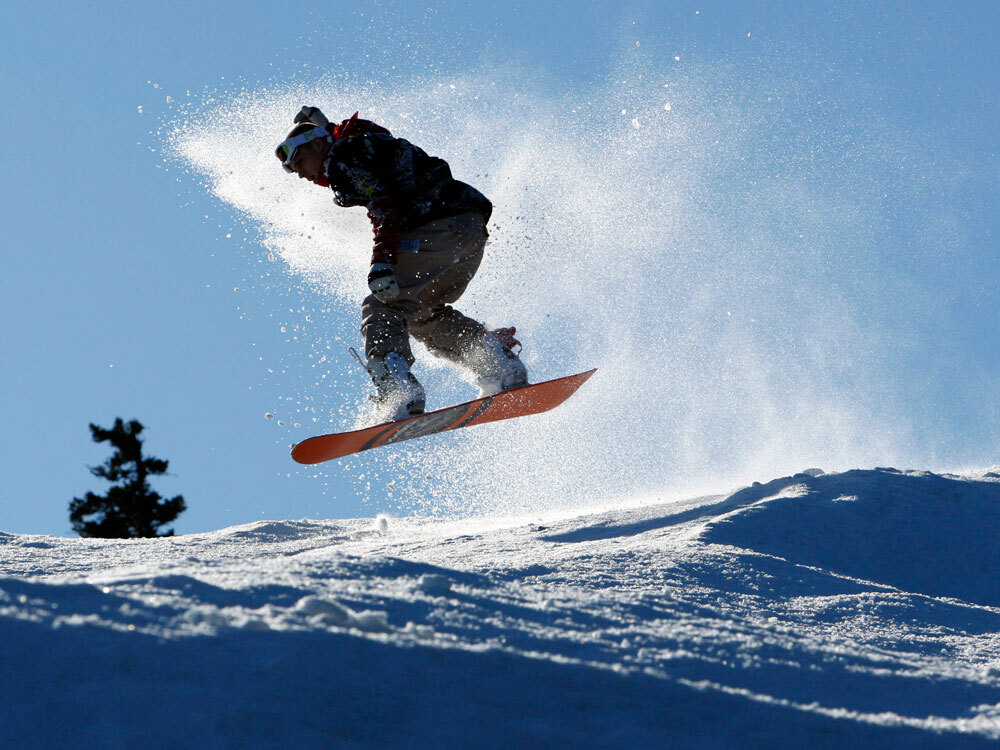 A snowboarder catches air at a resort in Maine. A recent Dartmouth report reveals that resorts report an average of 23 percent more snow on weekends than during the week.

Researchers at Dartmouth College have confirmed something that skiers and snowboarders have long suspected: Resorts sometimes boost their snowfall reports to attract more customers.

Eric Zitzewitz and Jon Zinman are both associate professors of economics and fans of snow sports. In their report, Wintertime for Deceptive Advertising, they found that ski areas report more snowfall on the weekends, and that there is no such "weekend effect" in government weather data.

Zinman says they gathered snowfall totals from ski area Web sites and then compared those numbers with government weather data. According to Zinman, resorts reported 23 percent more snow on weekends. And the resorts that had the most to gain by fluffing up their numbers did more of it.

According to Zinman, resorts with more people living within driving distance inflated their numbers more, as did resorts that don't offer money-back guarantees.

The researchers didn't single out specific resorts in their report, choosing instead to make broad statements about the industry as a whole.

But in the age of Facebook and Twitter, he also says these traditional snow reports are becoming less important. Today, many skiers are getting information from their friends who live near resorts. So Berry has advice for his colleagues.

"If you try and create a reality that you perceive to be the truth, it better be consistent with the reality on the ground," Berry says. "The consumer will remind you of that instantly if that's not the case."

Zinman saw evidence of this in his research. During the study period, an iPhone application was released that allows skiers and snowboarders to report conditions themselves.

"Once that came online, exaggeration by resorts fell very sharply," Zinman says. "And [it] fell all the more sharply at resorts that have good iPhone reception."