Accessibility links
OK Go Adds A Little 'Purple Rain' For 'Colour' If you've spent any time on the Internet, you've most likely caught a glimpse of the band OK Go. With four goofy guys on treadmills, the video for "Here It Goes Again" helped make the song a viral hit. On OK Go's new record, the band members look back at how the past three years have changed them, while drawing inspiration from Prince's album Purple Rain.

If you've spent any time on the Internet, you've probably caught a glimpse of the band OK Go. The group's 2006 hit video, "Here It Goes Again," which features four goofy-looking guys on treadmills, has been viewed more than 50 million times. In skinny pants and neckties, the video's subjects leap, jog, slide and duck. What evolves over three minutes is so sweetly choreographed, you just can't stop watching it.

Before the Earth Was Round 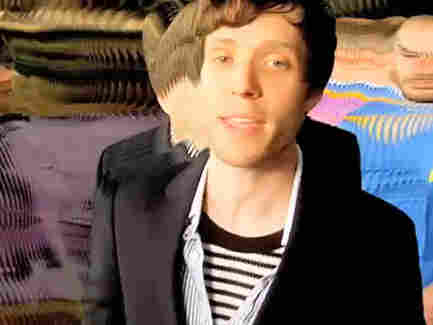 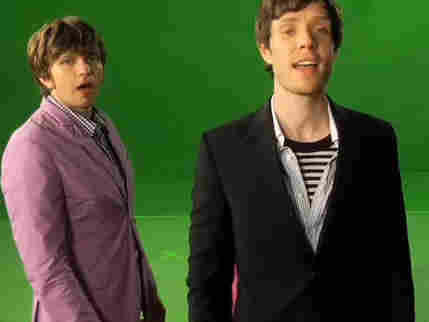 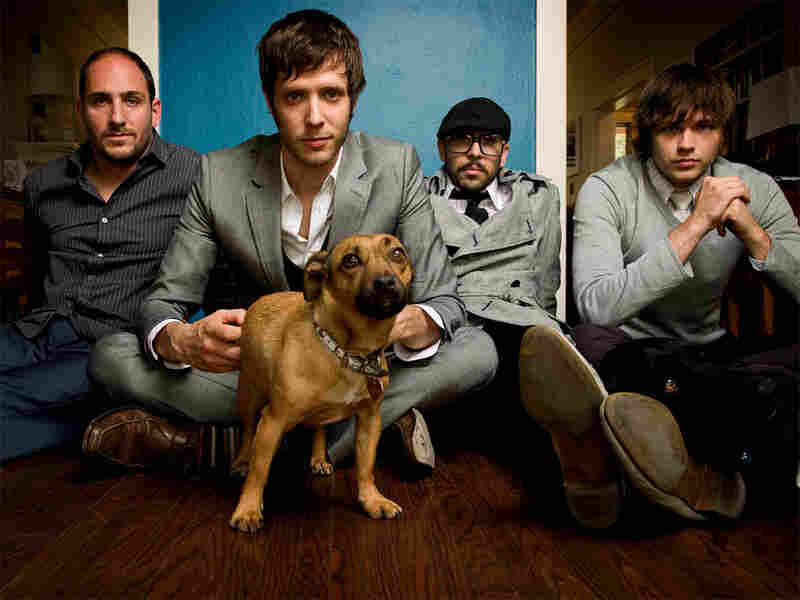 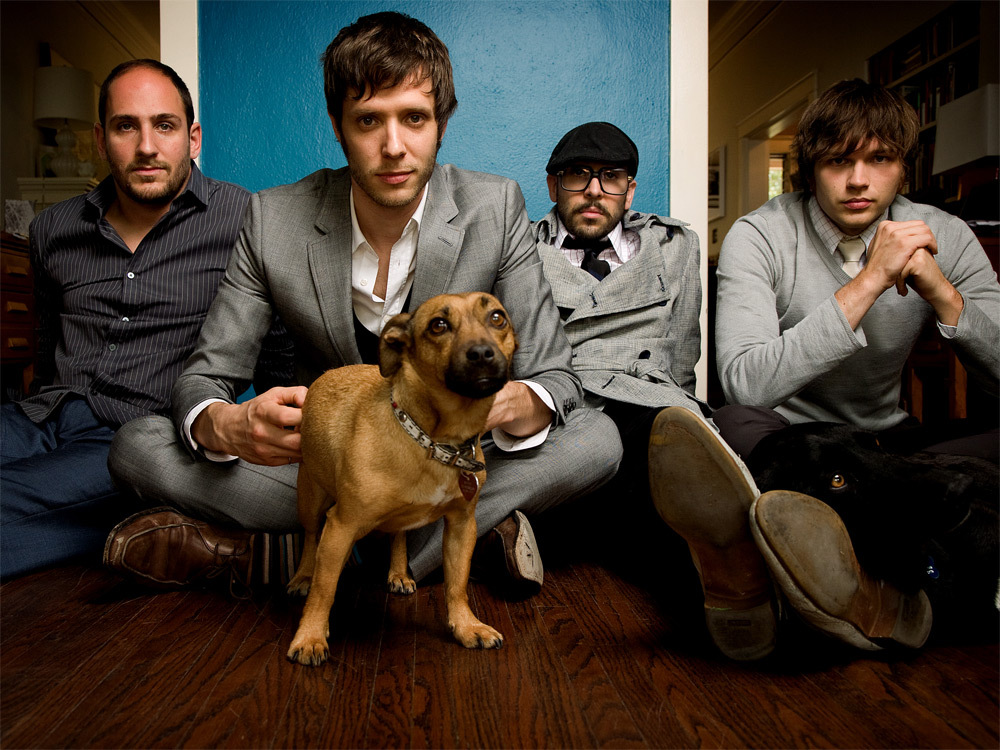 The success of that video led to nearly three years of nonstop touring. Now, OK Go has a new album, Of the Blue Colour of the Sky, which comes out next week.

For singer Damian Kulash and bassist Tim Nordwind, inspiration for their new work came from a record that's been in their rotation since elementary school: Prince's Purple Rain.

"I remember hearing it as a 12-year-old kid, and it made me jump on my bed; it made me feel like crying," Nordwind says. "It really fills a spectrum of emotions, which I think this record also does."

For Kulash, who also heard Purple Rain at 12, he says he didn't know what all the references to sex meant. When he heard the words to "Darling Nikki" ("And Nikki started to grind"), in his innocence, he says he thought, "She should get a mouth guard or something."

"I had no idea what [Prince] was talking about," Kulash says. "The emotional propulsion of that song is so raunchy, even before you know what sex is."

OK Go recorded Of the Blue Colour of the Sky far from the band's home in Los Angeles. Its members locked themselves in a converted Amish barn in Fredonia, N.Y., not far from the Canadian border.

The band experimented with more guitar effects this time around, giving the album what Kulash calls a more "spontaneous" and "overthought" sound. "Skyscrapers," for example, has a 45-second guitar solo because Kulash couldn't get drummer Dan Konopka out of the groove.

In an interview, guest host Madeleine Brand notes that the record has an unexpectedly melancholy feel to it.

"The record is our attempt to find hope in hopeless situations," Kulash says.

OK Go toured for 31 months in support of Oh No, which Nordwind says took its toll on the band members, both emotionally and personally. Kulash says "Before the Earth Was Round" gets at that emotion.

"It's an absurdist allegory where the whole world figures out the Earth is round," Kulash says. "They have knowledge now, and everything goes wrong because of it. They lose mystery and poetry."

More than anything, though, OK Go didn't want to repeat itself.

"Anything that works gives you a reason to push you in the direction of the thing that works," Kulash says. "You can spend your life imitating yourself."