Accessibility links
Anat Cohen Quartet: Live In Boston In 1996, the multi-instrumentalist left Israel to study at the Berklee College of Music. Since then, she picked up the clarinet, moved to New York, got hooked on Brazilian music and eventually released four acclaimed albums. She returned to her alma mater to kick off Toast Of The Nation 2009.

Anat Cohen Quartet in Concert on Toast Of The Nation 2009

Anat Cohen Quartet in Concert on Toast Of The Nation 2009 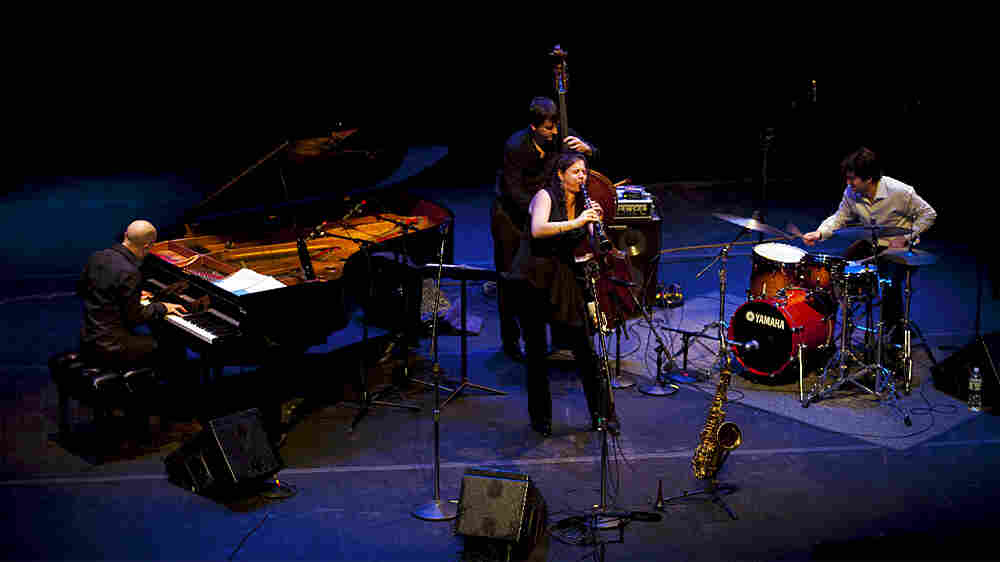 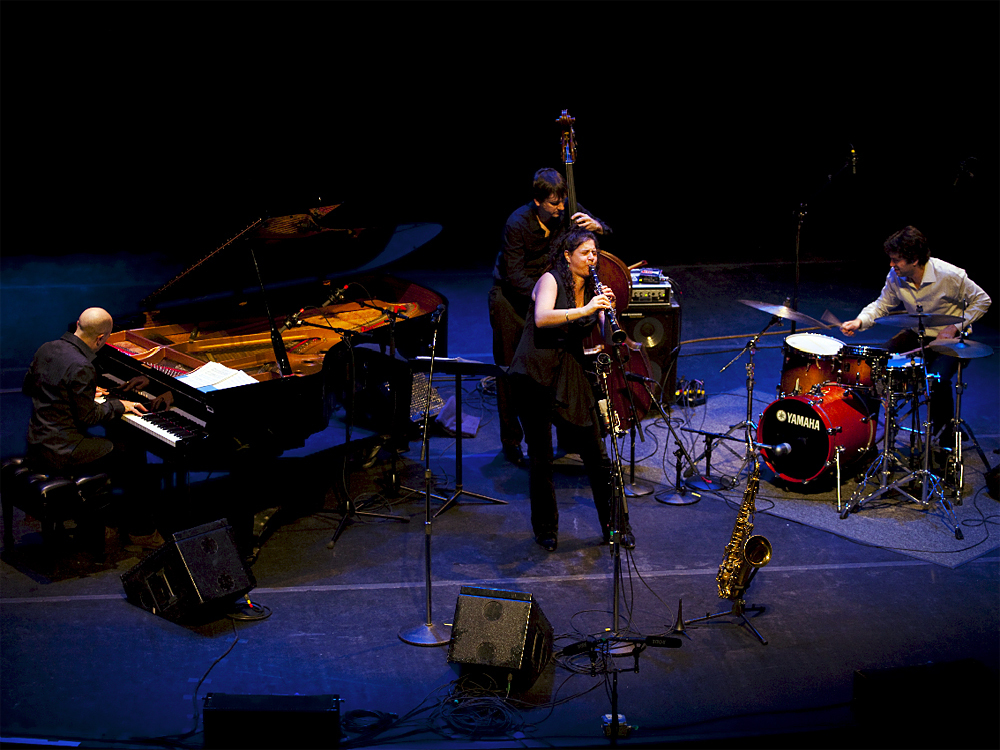 In 1996, saxophonist Anat Cohen left Tel Aviv, Israel to study at the Berklee College of Music. Since then, she picked up the clarinet, moved to New York, started playing frequently in Brazilian music ensembles and eventually released four acclaimed albums that launched her star high in the jazz world. But she couldn't have imagined, in her Berklee days, that she would return to her alma mater (and a national radio audience) in 2009 to kick start the 30th Toast Of The Nation broadcast.

"I could have never imagined that," she told WGBH host Eric Jackson, live on stage.

Cohen also told Jackson that she was working on new material, and had already recorded another live album at the Village Vanguard in 2009, configured as a tribute to Benny Goodman. But the night was filled with tunes that appeared on her latest release, Notes From The Village. They reflected her interests in early jazz ("Jitterbug Waltz"), Cuban music ("Siboney") and really anything that could make for a good tune ("A Change Is Gonna Come," perhaps?). She was joined by her core quartet: The ever-creative arranger Jason Lindner, sideman to everyone Joe Martin, and frequent collaborator/producer Daniel Freedman.

And on the last full tune of the set, it was the supporting cast which drove the action. Cohen's clarinet, warm and round, ran the proceedings heretofore, but Lindner worked the crowd into a lather with a call and response game: he plucked out notes on a buzzy prepared piano, and the audience quickly caught on. The Berklee Performance Center calmed for an instant afterward -- and the band seized the moment by launching into Cohen's forward-pressing "Washington Square Park."