Accessibility links
First Listen: Vampire Weekend, 'Contra' The New York band's second album loosely takes California as its muse. But the reason for Vampire Weekend's initial blog hype, and the reason the band broke out far beyond it, was that it made tuneful, concise, sing-along pop songs. Vampire Weekend has made more of those, and then some. Hear Contra in its entirety here, until its release on Jan. 12.

Hear 'Contra' In Its Entirety

Audio for this feature is no longer available. The album was released on Jan. 12, 2009. 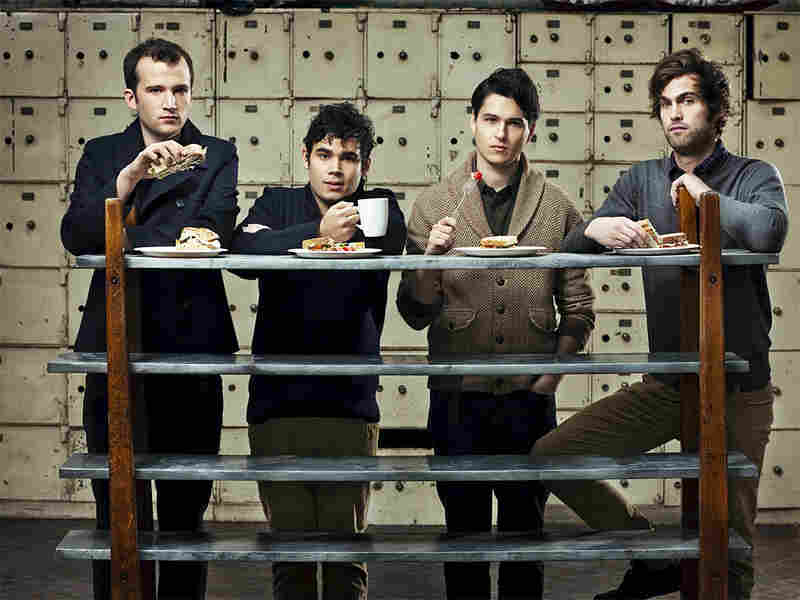 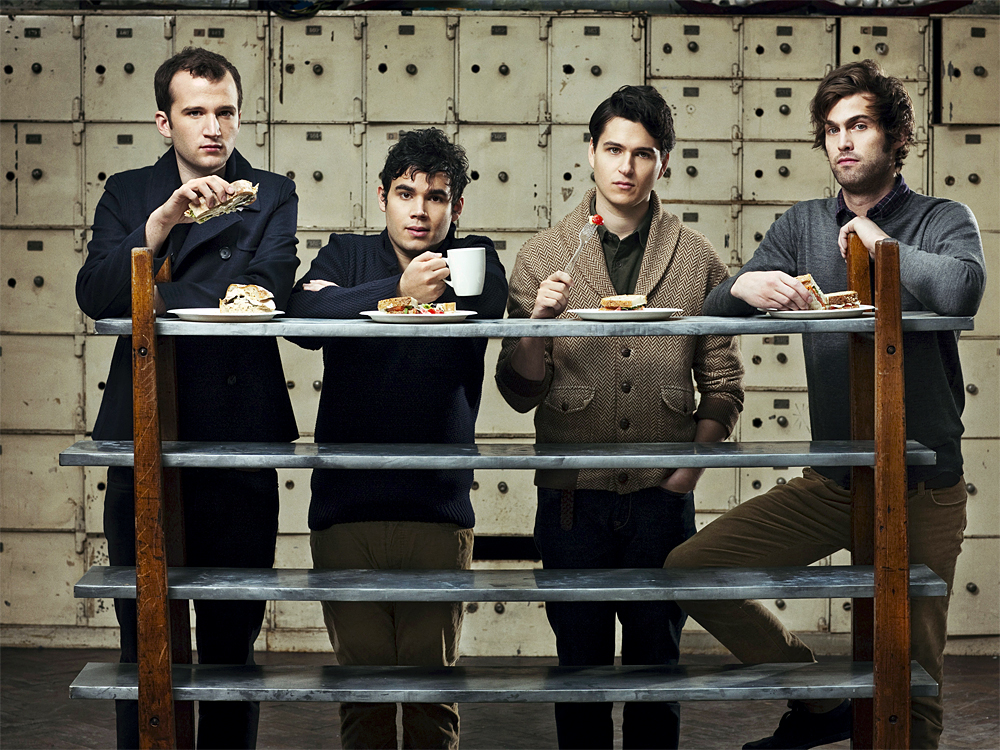 Vampire Weekend's Contra will stream on this page in its entirety for the week leading up to its Jan. 12 release.

It's been two years since the deafening blog buzz surrounding Vampire Weekend culminated in a self-titled debut album. Catchy, clever and critically acclaimed, it brought the plucky young band to the tips of indie-rock tongues, and well beyond that: Vampire Weekend sold nearly 500,000 copies in the U.S. But it also left questions about the group's long-term prospects. The inevitable backlash settled on a surface misreading of the band: rich white boys in obnoxious shirts fumbling around with West African rhythms. More importantly, could this clean-cut bunch with a lean set list, bound at least for temporary limelight, churn out a worthy second album? How long would audiences approve, and how deep did the creative well run?

Full disclosure: I attended college with the guys in the band, and even got to know some of them. Even so, I remain unclear on exactly how much of the image they've cultivated is an overgrown in-joke about absurd privilege, and what remainder is unselfconscious. But it was always obvious to me that they chose to use their milieu as a framework for commentary, or at least certainly not as a celebration of self. Detractors looking to validate their armchair sociology may find that, two years removed, Vampire Weekend cannot be neatly seen as overeducated heirs putting on punk airs. Its members enter their second record as moderately successful rock musicians, delighted to have made music their vocation. And it turns out they do it well.

About that record: On Contra, Vampire Weekend loosely takes California, in reality and symbolism alike, as its muse. This, from a New York band whose members hail from up and down the Eastern seaboard, and who are frequently inspired by trans-cultural New York experiences. But that, like the equally ambiguous title, is best seen as background information. The reason the Internet hyped Vampire Weekend in the first place — and, really, why the group broke beyond the blogosphere — was that its tuneful, concise pop songs invited singing along. It's made more of those here, and then some.

Compared to that ballyhooed debut, a few tweaks turn up: more synthetic beats, less relentless enthusiasm, a broader sound palette. On balance, though, Vampire Weekend's trademarks remain intact: string flourishes out of 18th-century Vienna, guitar riffs flavored with a bright something from the African diaspora (remind me why this was once deemed inappropriate?), passing references to upper-crust signifiers. Its sound is still driven by the lucid enunciation, punctuated by falsetto yelps and warbles, of Ezra Koenig; he still loves polysyllabic wordplay (rhyming "horchata" with "balaclava" and "aranciata," that bastard). Basically, it's a band that hasn't grown out of its own skin — which, if you're a fan, is a good thing.

But there's also something that resists being reduced about these guys. On Vampire Weekend, it could be called collegiate precociousness; on this sophomore album, it's more clearly an expansive vision, or — better — curiosity. It's sometimes manifested in little tinkerings: the pitch-correction treatment of "California English," the M.I.A. sample that anchors "Diplomat's Son," the late bridge (and its female vocal harmonies) in "Giving Up the Gun," the elliptical response to misinformed criticism in the single "Cousins." Or there'll be something as drastic as the album-closing ballad "I Think Ur a Contra," whose dark lyrics linger over a bed of languid, quivering, echoing samples. It's a mutation of Vampire Weekend as we know it, and it's exquisite.

I don't know what that says about Vampire Weekend's maturation, or whatever future direction it may direct itself. I do know it's one of many things that make Contra worth a close listen now.