Accessibility links
Lucas Looks Back On Movie-Making George Lucas talks about his early days making movies with Spielberg and Coppola, his latest book George Lucas' Blockbusting,, and the technological innovations that revolutionized the movie-biz. 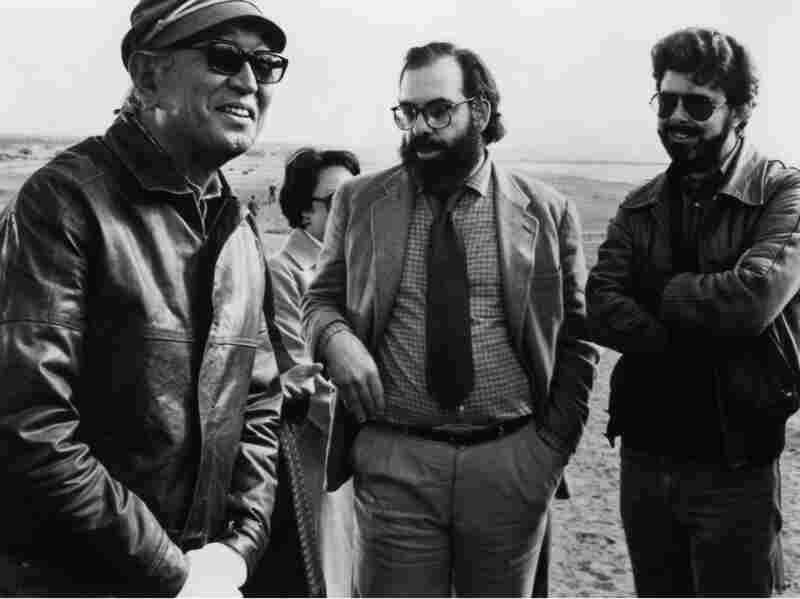 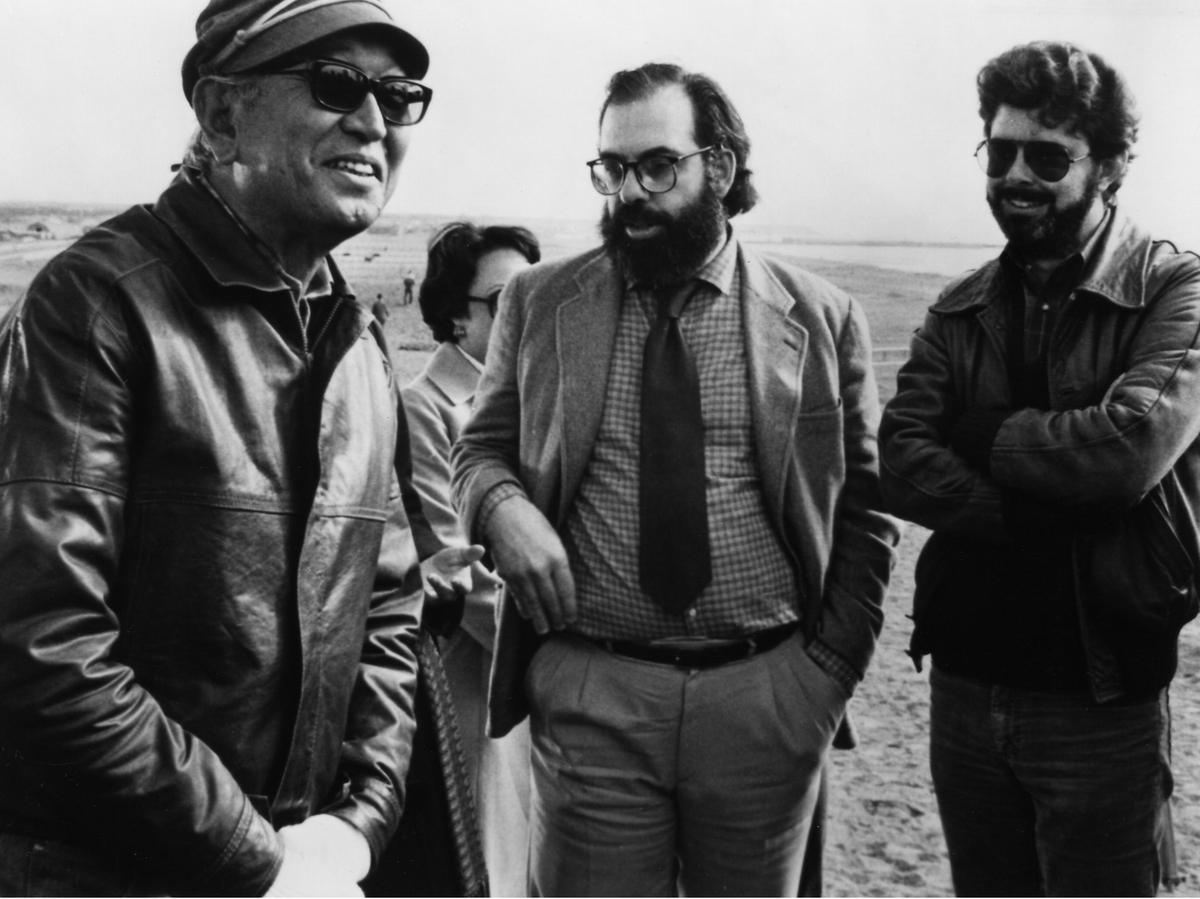 Akira Kurosawa (left) with Francis Ford Coppola and George Lucas during the filming of the 1980 film Kagemusha.

As creator of the Star Wars universe, George Lucas launched a franchise whose impact on pop culture — and on Hollywood — has been immeasurable. His special-effects house has pioneered one cinematic revolution after another.

His latest project, though, is a book. George Lucas' Blockbusting is a go-to blueprint for the aspiring filmmaker, a behind-the-scenes history of movies that looks back over 100 years through the lens of 300 major hits: their creative genesis, why they stood out, how they became lasting icons. But mainly, it strips away the glitz and glamour of the movie-making biz and gets down to the nitty-gritty of how a movie is made, including everything from advertising expenses to production budgets to shooting schedules.

Of course, it all begins with the love of the movie. And with breaking into the business. Back in the '60s, when Lucas was getting started, there was "zero chance" of finding a way in, he says. In that notoriously nepotistic age, "you had to be related to somebody," he says.

Lucas and a small cadre of film-school friends, including the then-unknown Steven Spielberg and Francis Ford Coppola, set out to make their own way in.

"We loved movies, we loved making movies, and we cooperated with each other and were helping each other," Lucas says. "We were like, you know, rebels trying to work our way in somehow."

They screened their movies for each other, offering frank feedback and sharing advice. For years, even after the men had made names for themselves — Coppola with 1972's The Godfather, Lucas with American Graffiti in 1973, Spielberg with 1975's Jaws and 1977's Close Encounters of the Third Kind — they kept up the practice.

"When I did that with Star Wars, it was in really rough shape," Lucas says. The special effects weren't in yet. John Williams's score, either. And not everyone got it.

"Some friends, like Brian de Palma, said, you know, 'What's this crazy Force stuff, and why isn't there more blood?' ... I mean, the great thing about having friends watch your movie is they give it to you, which is what you want."

But one friend saw the promise, Lucas remembers.

"Some of them didn't understand it. ... [But] some of them, like Steve Spielberg, said, 'This is going to be the biggest hit of all time.'"