Warning: getimagesize(https://media.npr.org/books/summer/2007/kgb/killerweekend-23ff8419dc927e38e3372946ab995884d9b6d188.jpg): failed to open stream: HTTP request failed! HTTP/1.0 404 Not Found in /var/www/html/src/Views/CommonJsonldView.php on line 87
 Excerpt: 'Killer Weekend' : NPR
Accessibility links
Excerpt: 'Killer Weekend' This novel by Ridley Pearson, recommended by Day to Day's Karen Grigsby Bates, has keeping-up-with-the-gold-plated-Joneses scenes that will give the rest of us the sense of how the other .01 percent lives. 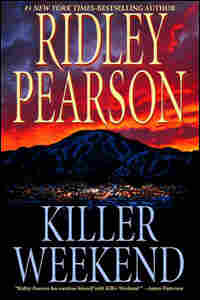 As she stood in her small closet undressing for bed, Elizabeth Shaler was annoyed to find some mud left behind by a running shoe that she now put away. About the size of a dollar bill, the mud covered the carpet and spanned the crack of the trapdoor that led down into the three-foot-high crawl space beneath the house. Liz pulled on a cool cotton nightgown. At her feet, cracks appeared in the mud, then widened and spread. These cracks had nothing to do with where she stood, but were instead the result of upward pressure from beneath the trapdoor.

Liz, just shy of six feet tall and athletically fit, placed her dirty laundry into the wicker hamper and tidied up. Her hanging clothes were organized by color and type, her shoes neatly ordered on the shelves. Had she glanced down she might have noticed the widening cracks in the mud, might have noticed the hatch coming open.

She looked around the bedroom for the biography she was currently reading, only to realize she'd left it in the kitchen.

As she headed down a narrow hallway lined with her family's photographic history, behind her the crawl space hatch popped open an inch. From within the darkness there appeared the top of a knitted ski mask, followed by a pair of skittish eyes.

The kitchen and the adjoining living room afforded Liz a spectacular view of the horizon dominated by Sun Valley's rugged mountain skyline, still aglow at 10:10 p.m. She loved this place, her second home, so far from New York and the political life she'd chosen.

She poured herself a glass of water, grabbed the book from the counter, and headed back down the hallway, both hands occupied.

Earlier in the summer the town had adopted a free bike campaign. Thirty bright yellow bikes had been spread around town as community property, with the understanding no one would steal them. They were used by anyone wanting to pedal from one place to the next. But the instructions on the bikes clearly stated they were to be well cared for and left in any of the many bike stands around town, a policy prone to abuse. Walt—on a bike himself, one of four officers assigned to "pedal patrol"—spotted one of the bikes dumped into some bushes a half block up the hill from the community library.

He inspected it for flats or damage and, finding none, decided to walk it down the hill to a bike stand in front of the library. He was on his way downhill—walking awkwardly between the two bikes—when he spotted a crawl space screen vent ajar on a house foundation. He might not have noticed, but the framed wooden screen was bent and splintered on one corner—suggesting it had been pried open. Worse, he knew this house: It was on the KPD watch list, the residence of Elizabeth Shaler, New York's young attorney general, a woman whose politics and guts he admired. The Shaler family had been coming to Sun Valley for fifty years. Her parents were featured in photographs with Ernest Hemingway on the walls of the Sun Valley Lodge.

He continued walking a few more yards—the click, click, click of the bike gears the only sound on the street. But the appearance of that screen nagged at him. A rookie cop, he was always looking for trouble. Right or wrong, he connected the jimmied screen to the ditched bike, and he decided that together they gave him reason enough to investigate. He laid the bikes down on the curb and worked his way back—quietly—to take a closer look.

Her hands occupied, Liz bumped the bedroom door shut with a throw of her hip. She headed straight for the end table with the glass of water and the book.

The overhead light went off.

She smelled something—someone—sour. And she turned around defensively.

But as she did, a hand clapped over her mouth. Before she had a chance to react, her arm was twisted up behind her back and she was driven down to her knees.

It happened fast: One second the glass of water was tumbling to the carpet, where it shattered against the end table; the next, her hands were clamped behind her and her wrists and mouth were bound with duct tape. The intruder dragged her painfully by the hair to a chair in front of the vanity and sat her down. More duct tape secured her to the padded chair. Tears streamed down her face.

The only light in the room was street light seeping in through the blinds, and a rose-colored hue from the digital clock by the bed. He wore a ski mask and a black T-shirt, but the blue hiking shorts seemed out of place. This was no Ted Bundy. He had a small scar on his left knee. He smelled sharply of sweat. She faced the mirror. He moved nervously behind her.

"You stand for all the wrong things," he said, his voice taut. "And you'll pay for that." He sounded like he was trying to talk himself into this.

Nonetheless, he owned her, and this bothered her more than anything—this sense of control he enjoyed.

"You take companies apart with no thought for the people who actually work there. Come out here—you and all the obscenely rich—and leave the rest of us behind to scrap and fight for a job that's long gone. What do you care? There's always a few weeks in Sun Valley to look forward to. I saw the article in Vanity Fair: I know all about you."

He'd tagged himself: She'd only broken up a few monolith white-collar companies; he was a reader of Vanity Fair. He was in over his head. Her attorney instincts kicked in: If only she could get the tape off her mouth and reason with him.

A knife blade glinted. "Riddle me this: How far does a woman politician make it without a face?" He cut her then, a hot, thin line of blood running across the back of her neck. She felt it sting. Suddenly he was for real, and this changed everything.

"At the end of this you will look like the monster you are," he said.

She turned away from the reflection in the mirror, determined he not see her fear.

As she did, a movement to her right won her attention: The doorknob turned.

The intruder was fully focused on the mirror, moving from side to side behind her, brandishing the knife, prattling on: "Now where should we start? Huh?" He cut a strap off the nightgown, exposing her left breast.

"What's a woman without her tits?" he asked her reflection. He amused himself with his own answer: "Richard Simmons." He cackled loudly, sounding like an old crow.

Shaking now from terror, she knew better than to look at the door, but couldn't help herself. Someone else was in the house. An accomplice?

Shifting in the mirror from her left to right, he caught her looking. He raised the knife in that direction, his face contorting behind curiosity.

She saw the door coming open. Judging by his expression, this was no one he expected. She threw her weight back in the low chair and went over, colliding with him. Tying him up.

She screamed behind the duct tape. The bedroom door flew open. A figure—a uniform—closed the short distance and threw himself into the intruder. The two stumbled across the room in lockstep and smacked into the wall. She heard a whoosh of expelled air; the crack of bone. The swish of the knife blade. A wet, visceral grunt.

She struggled against the tape to get free. The men separated, the knife handle protruding from the belly of the one in the uniform. He staggered backward and a flash of light appeared from his side. The loud clap of the gun's report deafened her.

The intruder, thrown back by the bullet's impact, wailed and spun and fell to the floor, writhing in pain. A bitter smell filled the room. "You shot me. You f***ing shot me!" the intruder whined, squirming in pain.

The cop staggered toward him, the gun extended. The intruder froze. The cop viciously stomped on the gut wound, and the intruder passed out.

The cop bent over him and she heard the metallic click of handcuffs.

"Are you all right?" he asked her, his voice guttural and wet.

She groaned through the tape, tried to nod.

"Officer wounded," he said, speaking into a radio clipped to his shirt. He recited her street address and a series of codes. He then took two steps toward her and fell first to his knees before collapsing forward, his head on her bare chest, their faces only inches apart. 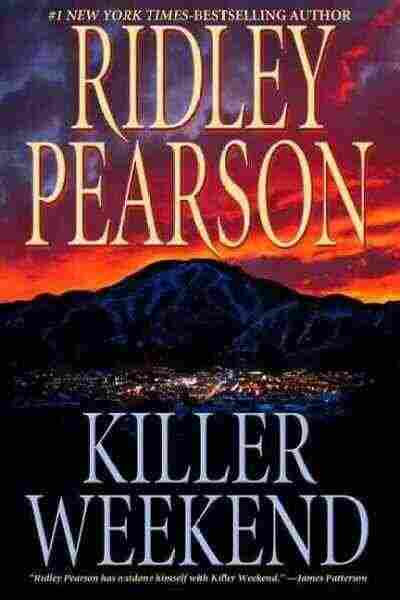