Accessibility links
TSA To Expand Use Of Full-Body Scanners The Transportation Security Administration plans to install 150 new whole-body scanners in airports. Opponents of the machines say they violate passengers' privacy, but supporters say they actually aren't all that invasive — and they're our best weapon against future attacks. 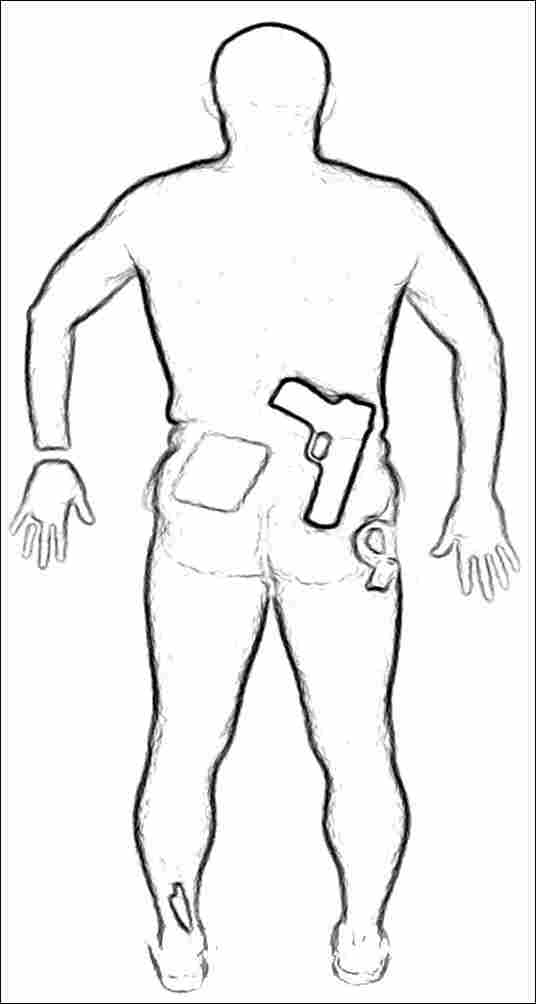 An image of a man scanned by a full-body scanner, with simulated weapons. The TSA has been piloting advanced imaging technologies in airports since 2007. Courtesy American Science and Engineering hide caption

The attempted bombing of an airplane on Christmas Day could lead to more widespread use of whole-body imaging scanners. Some airports have started using the devices, but critics are worried that the machines invade passengers' privacy. Some in Congress even want to limit their use.

But experts say full-body scanners are much more effective than the metal detectors commonly in use at airports, which have no capacity to detect explosives. And they say a lot of the privacy issues have been solved.

A company called American Science and Engineering Inc. manufactures body-scanning machines that have been used in pilot tests at a few airports in the U.S. The scanner it makes is about the size of a tall refrigerator. Passengers stand in front of the machine with their arms lifted from their sides. The scan itself takes less than 10 seconds and produces an image that looks similar to a charcoal outline.

The system is configured with privacy software that blurs the passenger's face.

Joe Reiss is the vice president of marketing at American Science and Engineering. He argues that the machines aren't really revealing at all.

"We're not showing any detail of the person themselves really; [it's] just confined to the outline ... almost silhouette-ish in nature," Reiss says.

At airports where similar scanners are in use, the people who view the images are in a separate room, away from the passengers, so they don't know who they're looking at.

Reiss says he thinks the privacy concerns with body scanners have been addressed, and airports should be using the technology more. 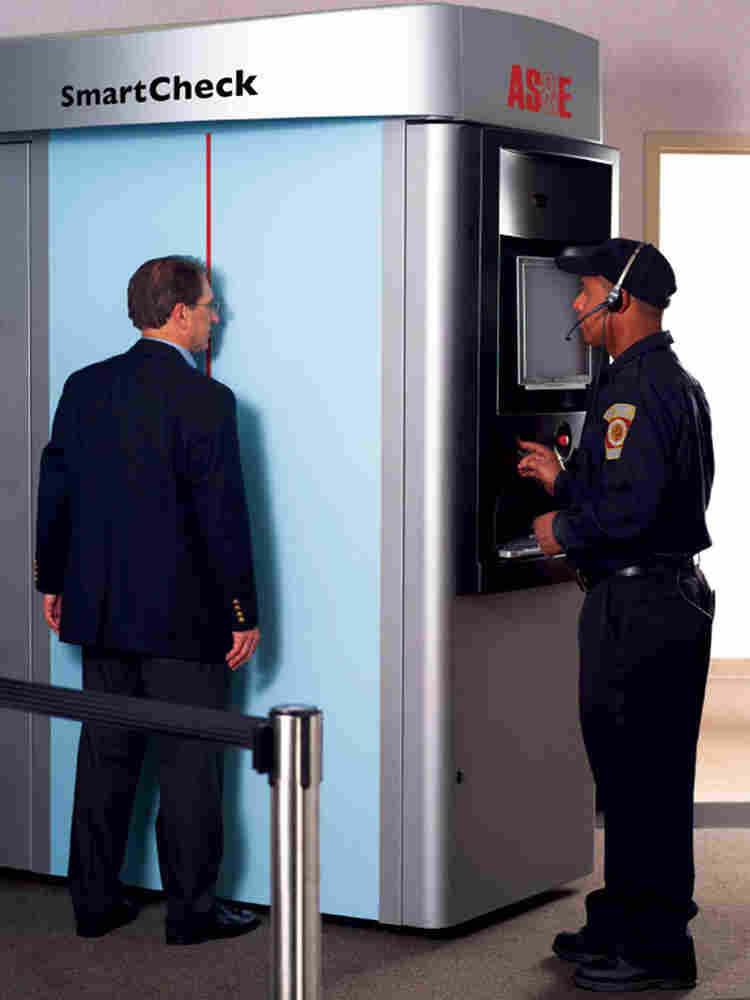 Still, some lawmakers remain concerned. Jason Chaffetz is a Republican congressman from Utah who co-authored a bill to block wider use of whole-body scans. He helped write the legislation after seeing other types of scans that he says were more anatomically revealing.

"Do we really need to take nude pictures of Grandma or my 8-year-old daughter in order to be able to secure an airplane?" Chaffetz says. "I have a hard time with that."

Chaffetz says that as the privacy software gets better, he might end up supporting the technology. But he's clearly uncomfortable with it. And he says there are other options, including placing more bomb-sniffing dogs in airports.

Douglas Laird, former head of security for Northwest Airlines, is in favor of the technology. He says he doesn't like the current policy that allows passengers to choose a pat-down instead of a body scan, calling the option to opt out "nonsensical and ill-advised."

He says even at the few airports that currently have whole-body imaging scanners, the one person who actually might have a bomb in his pants could avoid getting scanned. And because security screeners tend to be reluctant to really touch people during a pat-down, it's difficult to detect explosives by that method.

"If you want to keep bombs off airplanes," Laird says, "it's a gap that really needs filling."

The TSA says it is planning to deploy 300 more full-body scanning machines at airports. Meanwhile, the issue is on the agenda at congressional hearings later this month.

Airport Security: A Story Of Action And Reaction 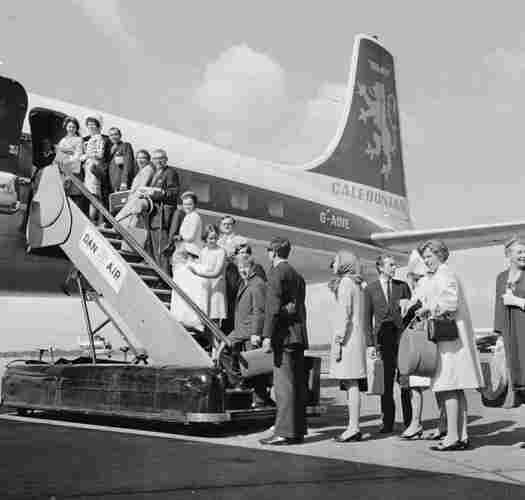 The golden age of air travel is long gone. In 1966, when this photo was taken, there were few security precautions for fliers. Stanley Sherman/Getty Images hide caption

The history of aviation safety is a reactionary one: a hijacker, terrorist or "underwear bomber" finds a weakness in the system and we scramble to make sure it doesn't happen again. A look at how we got to where we are today:

As commercial air travel increases and hijackings continue, focus turns from security in the air to security on the ground. The Federal Aviation Administration (FAA) issues a rule requiring airlines to inspect all carry-on bags for weapons and scan each passenger with a metal detector. Passengers argue that such screenings are an infringement of Fourth Amendment rights, but the courts uphold the security measures. The new precautions work — in 1969, 87 aircrafts are hijacked. In 1973, none are.

A bomb on Pan American Flight 103 blows up the plane as it flies over Scotland, killing 270 people. The FAA institutes a number of increased security measures following the attack, including the rule that all bags on a plane must belong to a passenger onboard.

Following the attacks of Sept. 11, 2001, Congress creates the Transportation Security Administration (TSA). A slew of new security measures are enacted, including those that increase screening for airport employees, place more law enforcement personnel at airports and on flights, and require all checked bags to be inspected with explosives detection machines.

Richard Reid tries to detonate explosive devices stored in his shoe on an American Airlines flight traveling from Paris to Miami. Passengers in the U.S. are now required to remove their shoes for inspection as part of the security screening process

British authorities foil a plot by terrorists that would have taken down at least seven planes using liquid explosives. Airports around the world institute limits on the amount of liquid allowed in carry-on baggage.

TSA officials say the restrictions in the U.S. may be eased by the end of 2010, as screening machines that are able to differentiate between harmful and innocuous liquids are installed in airports.

A previous Web version of this story incorrectly said that 150 more full-body scanners will be put into service. The actual number is 300.