Accessibility links
More Unclaimed Bodies As Economy Impacts Funerals Normally reserved for people with no home or relatives, indigent burials are increasing in states like Oregon where families can no longer afford funeral costs. 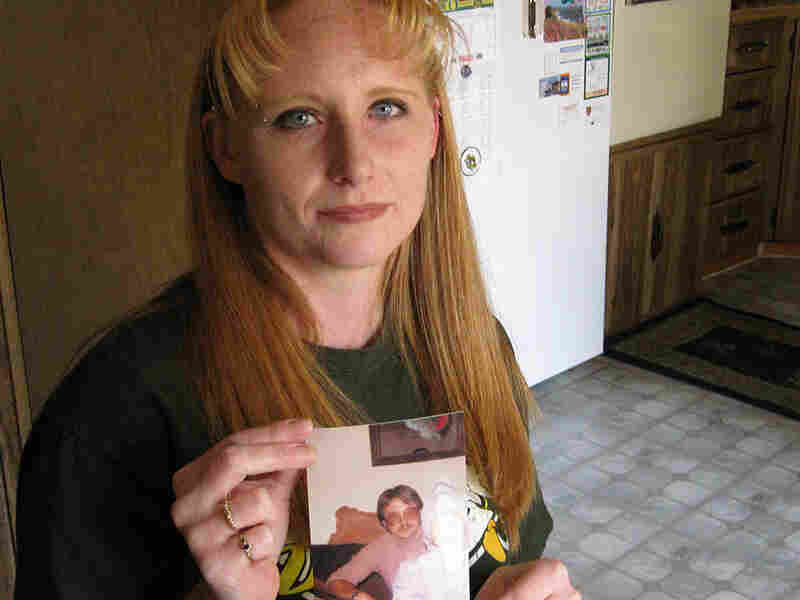 It took months for Rosemary Goldsworthy to acquire her father's cremated remains from an Oregon mortuary, which agreed to release the ashes for a nominal fee. April Baer for NPR hide caption 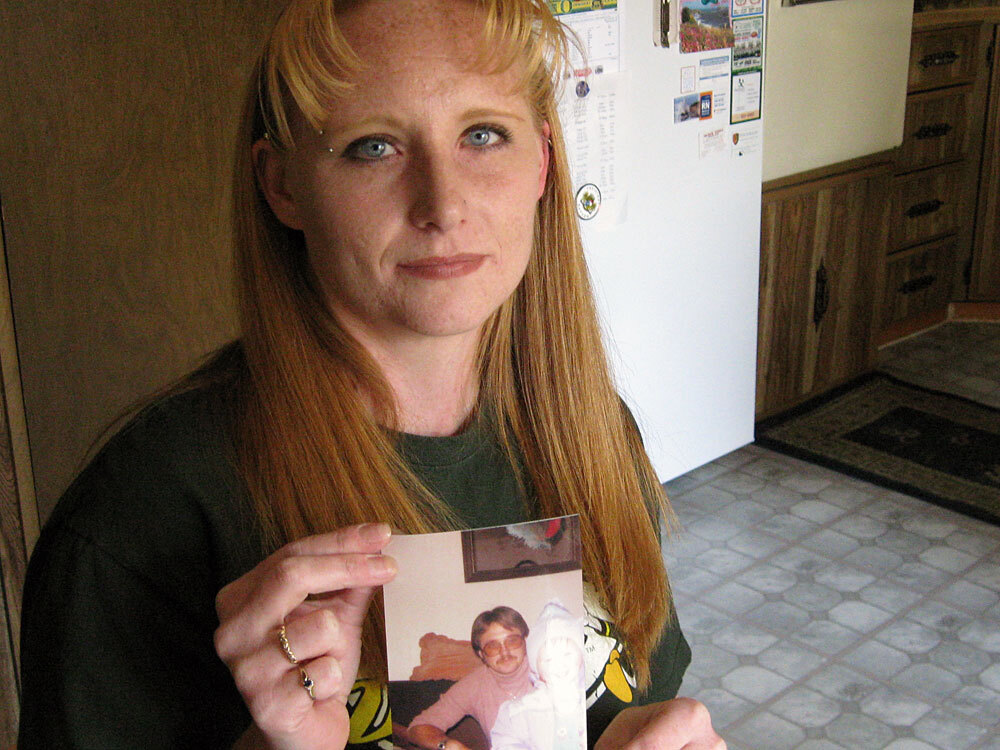 It took months for Rosemary Goldsworthy to acquire her father's cremated remains from an Oregon mortuary, which agreed to release the ashes for a nominal fee.

To step into the morgue at the Oregon medical examiner's office is to confront destitution at its most final.

In this frigid, dark locker, the dead lie draped in plastic sheeting on steel tables. These aren't people who died watched over by family. Dr. Karen Gunson's morgue is the first stop for people who were killed in car accidents or shootings, or who simply died at home, by themselves.

"Many times, if they happen to end up at the medical examiner's office," Gunson says, "they've made some choices in their life, where they're no longer very close to their family. It might be drugs or alcohol or just wanderlust. It's extremely rare that we don't find someone."

Gunson says these people died unexpectedly, and their families — if they had families — weren't prepared.

Oregon is one of several states that provides funding for so-called indigent burials. Historically, this money pays for a final service for people with no home or relatives. But in 2009, Gunson says, an unprecedented number of bodies went unclaimed — some for a month or more — not because family couldn't be found, but because the economy has left families unable to pay for even the most basic $500 cremation.

The thing I find hardest to take is when there are people who have the resources and simply will not do anything.

"We don't really want to become a storage place," she says.

The trend is elusive to track. In Oregon, demand on the indigent burial fund was so high last year, the Legislature had to nearly triple fees on death certificates to keep the fund solvent. Illinois received so many requests for burial help that its fund was temporarily shut down over the summer. And in Michigan, where the economy hemorrhaged 300,000 jobs last year, indigent burials nearly doubled, from 2008's 603 to more than 1,100.

Oregon has avoided overcrowding in its morgues with an arrangement that sends unclaimed remains to funeral homes, which then solicit families for at least partial payment. That's when the real negotiating over final arrangements begins.

Last October, Rosemary Goldsworthy was still reeling from the shock of her father's death when the mortuary began phoning asking for payment, or else.

"My mom called me and said you might want to call them because nothing's been done," Goldsworthy says. "And this is what's going to happen if nobody pays. He'll just get buried in a grave with a bunch of strangers who also aren't claimed, in some county cemetery."

Goldsworthy and her fiance live in a town with 14 percent unemployment. They're barely getting by on his part-time pay at a furniture factory. While she negotiated a rare payment plan for her father's burial, family members told her they wouldn't be able to help with the $340 down payment. This kind of bruising discussion, funeral directors say, is not uncommon these days.

After months of negotiation, the mortuary finally agreed to release her father's ashes for a nominal fee. Goldsworthy said she thought constantly about what might become of his cremated remains and where they'd end up.

But what about families who can't pay, won't pay or can't be found?

Erin Phelps is the owner of Omega Funeral and Cremation Services in Portland. "Here we are, the cremated remains that are unclaimed, we keep them in this storage utility area," he says.

In an unfinished corner of his mortuary's attic, rows and rows of plain white boxes stand neatly stacked, each one bearing the name of someone left unclaimed. Some 60 people have come to rest here over 16 years.

Phelps says there's no doubt many surviving families are having real trouble meeting burial expenses. But he's also noticed more people finding reasons not to pay to bury the family's black sheep, expecting the indigent burial fund to step in.

"The thing I find hardest to take is when there are people who have the resources and simply will not do anything," Phelps says.

So, once every few months, when Phelps has a paid service scheduled at the Oregon Coast, his staff takes along the remains for cases that he considers closed after years of research. The ashes of the unclaimed are trucked out to the ocean and scattered in the waters of Tillamook Bay.