Accessibility links
Olympic Hopeful's Dreams Include Beating Cancer Not only was Seun Adebiyi a Yale Law School graduate with a pilot's license who overcame a fractured spine; he also harbored Olympic dreams. But after moving to a training center to practice skeleton, a Winter Olympic sport, he was diagnosed with leukemia. 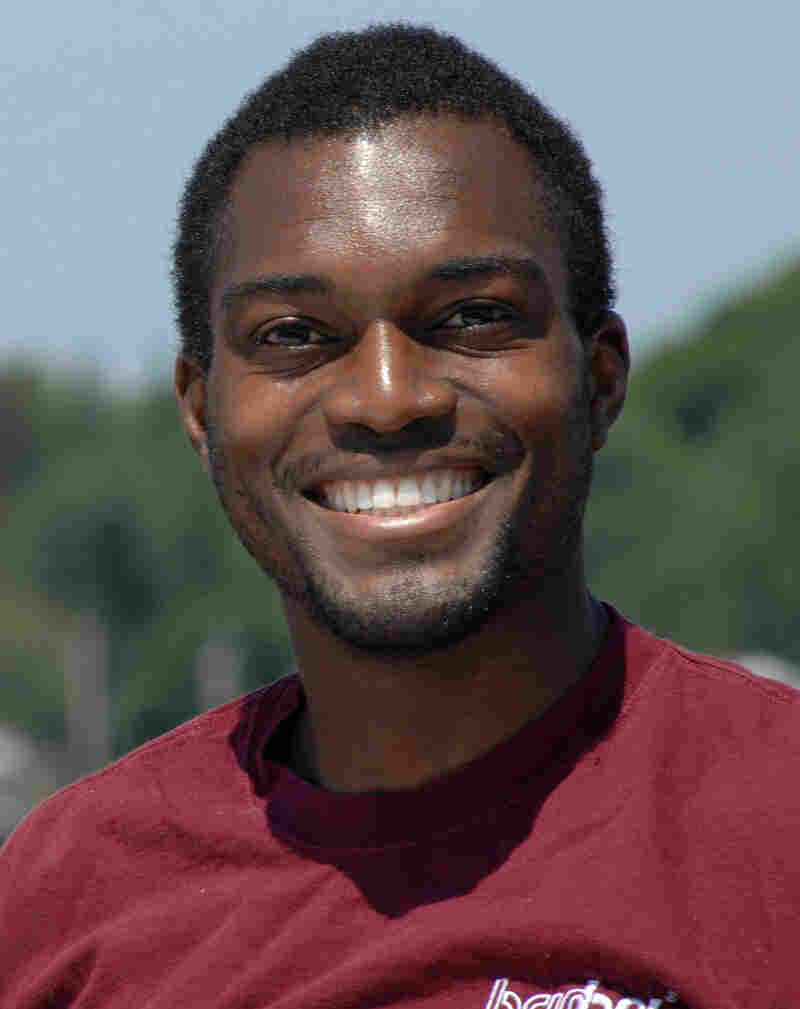 Seun Adebiyi was training for the 2014 Winter Olympics when he learned he had leukemia and lymphoma. Adebiyi has expanded his goals to include raising awareness of bone marrow donation. Photo by Amanda Fornal / Courtesy of Seun Adebiyi hide caption 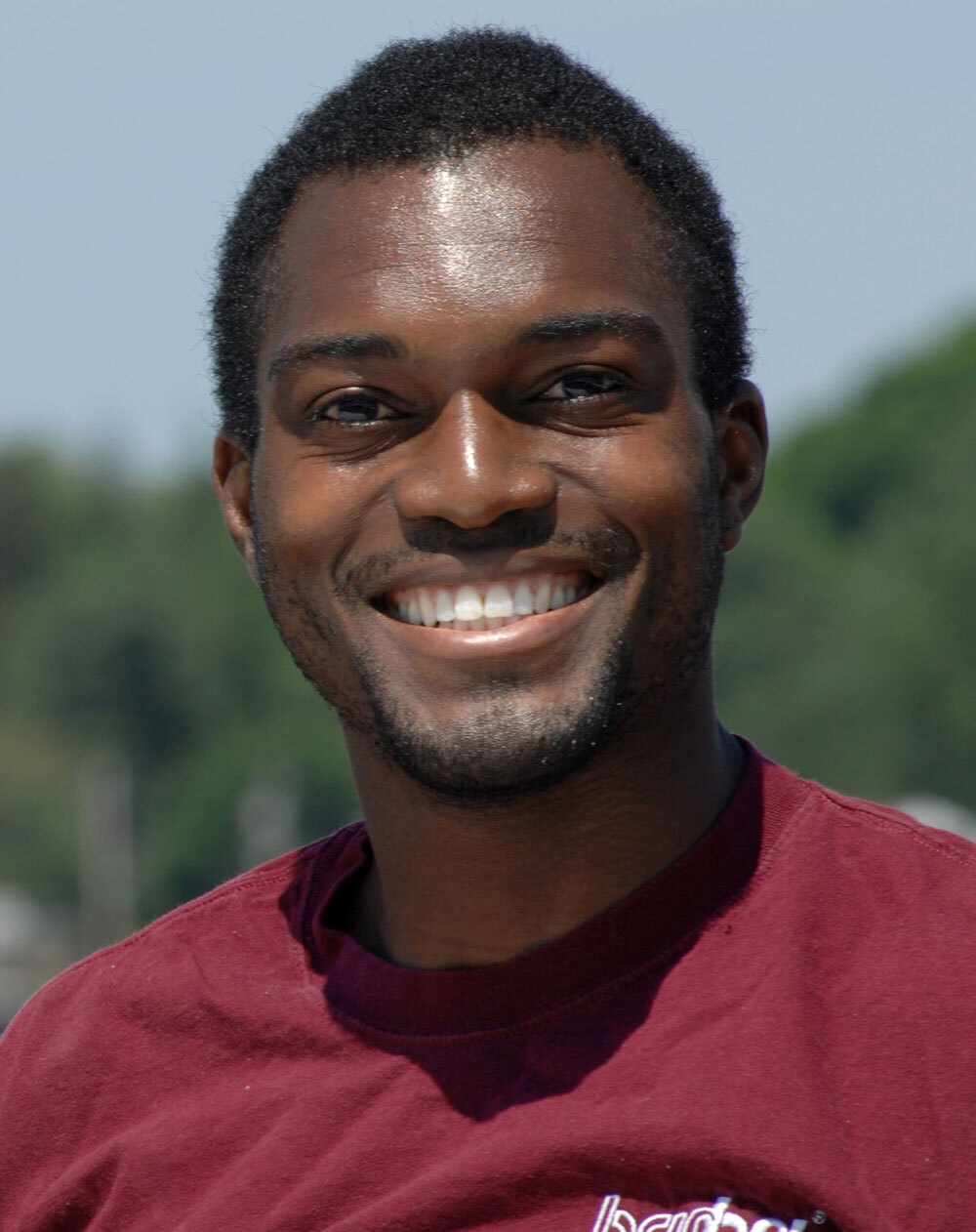 Seun Adebiyi was training for the 2014 Winter Olympics when he learned he had leukemia and lymphoma. Adebiyi has expanded his goals to include raising awareness of bone marrow donation.

Seun Adebiyi was looking for a challenge because graduating from Yale Law School and missing a spot on the Nigerian Olympic swim team by one-tenth of a second was not enough.

Neither was earning his pilot's license, overcoming a fractured spine, immigrating to Alabama when he was 6, helping his mother pick crops to make ends meet, and majoring in mathematics and classics in college.

Always an athlete, always proud to be Nigerian, Seun, which he pronounces "Shawn" for the benefit of American ears, sat down and scientifically studied Olympic sports to see which one would be his next.

In Search Of Inspiration

Oh yeah, Dad also dabbles in solar farms and AIDS work. And Mom commuted nine hours between Huntsville, Ala., and Jacksonville, Fla., each week to provide her only son with a top-flight private school education.

So that's where Adebiyi comes from. His question was where he was going.

Adebiyi decided that the Winter Olympics would be his best bet because Nigeria has never sent a single athlete to the winter games. 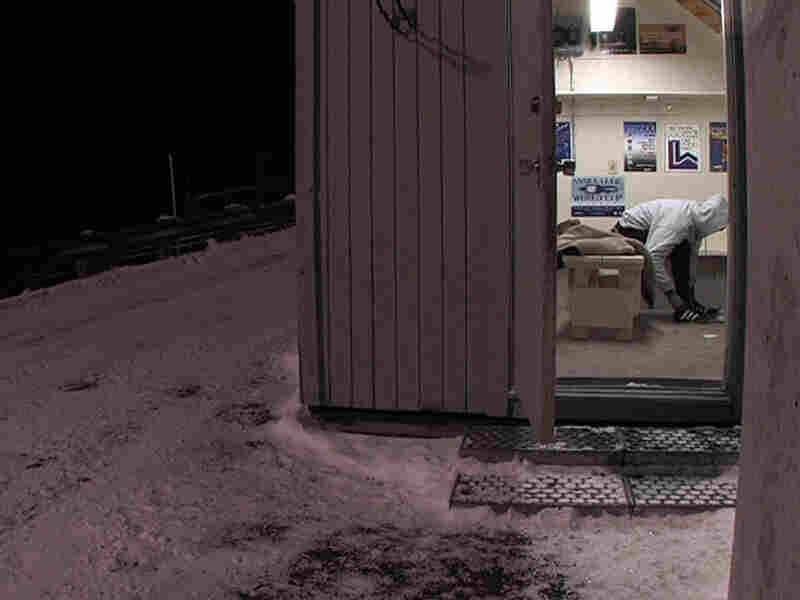 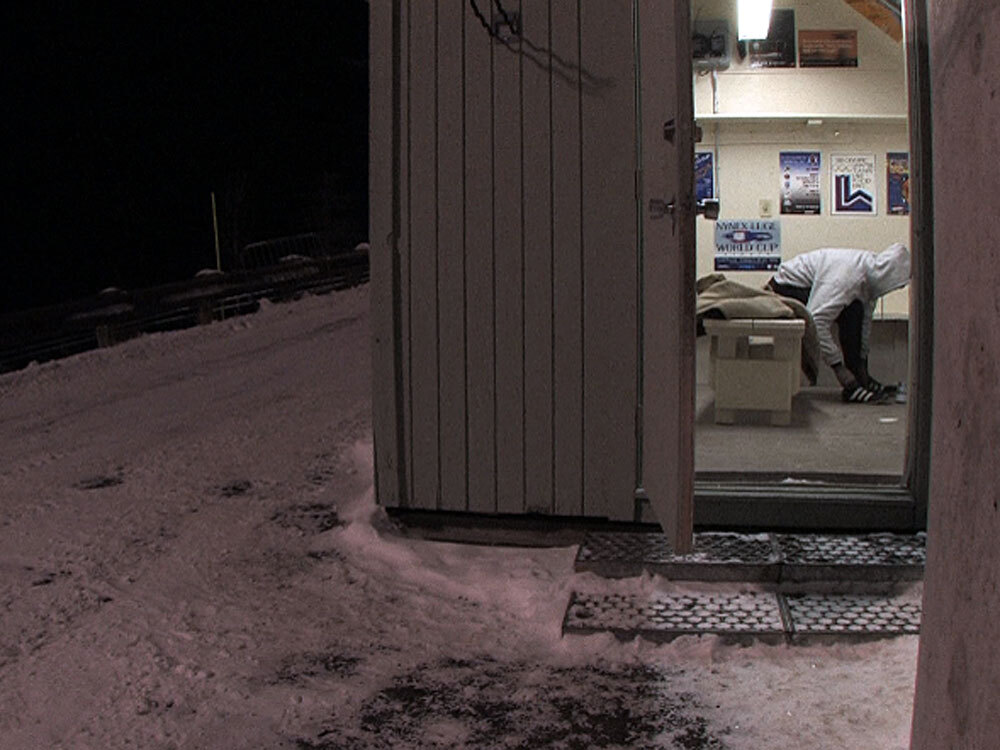 Adebiyi prepares to practice skeleton. He relocated to Salt Lake City, which houses one of the nation's two skeleton tracks.

He crossed skiing off the list — cross-country was too hard and downhill was too dangerous. Luge was downright scary, and since he has never shot a gun, biathlon was unrealistic.

"And then we found skeleton," Adebiyi says. "Everyone was like, 'What's this?' "

Skeleton is headfirst, one-man bobsled. Drivers run 30 meters, then slide down a nearly 1 mile track, where they can achieve speeds of 80 miles per hour.

For Adebiyi , it was perfect. "As a sprint swimmer I believe I have the explosive movement," he says. "Even better, my body density, which used to work against me in swimming, actually works to my advantage in skeleton."

He took a crash course — literally — in Lake Placid, N.Y., home to one of the U.S.'s two skeleton tracks, and then moved to Salt Lake City, home of the U.S.'s other track.

Many leukemia patients need bone marrow donations as part of their treatment. Some facts behind the myths of donation:

Fact: As anesthesia is used for the procedure, donors should not feel needle injections during the process. Following donation, lower-back pain commonly lasts a few days, although it can extend to a few weeks.

Myth: Donors pay their own medical costs for the donation procedure.

Fact: Donors neither pay nor are paid to donate; medical costs are covered by either the patient or the patient's insurance provider.

Myth: During donation, pieces of bone are removed from the donor.

Fact: Only the liquid marrow inside the bones, or cells from the bloodstream, is collected.

I know what you're thinking. Oh no, not another Yale Law School grad turned Nigerian Olympic athlete story.

Sadly, that's not it at all. About the time Adebiyi started taking skeleton seriously, he noticed a lump in his groin.

But the bone marrow registry is made up of only 8 percent donors of African ancestry. Plus, because there is more genetic diversity among Africans and blacks than among Caucasians, finding a match is that much harder, according to Katharina Haarf, co-founder and executive vice president of the German Bone Marrow Donation Center.

"Because of the bad statistics, only 17 percent of African-Americans who could wind up benefiting from a transplant get a transplant," she says. "The number is close to 40 percent among Caucasians."

Adebiyi wasn't in the 17 percent, so he relied on an initially successful round of chemotherapy to contain the disease and will soon be getting a cord-blood transplant as his next best option.

But none of this means that Adebiyi is giving up on the Olympics. "You don't harbor a dream your whole life and then sell out when you're 26," he says.

Indeed, Adebiyi has expanded his goals. He recently traveled to Nigeria to start that country's first ever bone marrow registry. Three hundred cheek swabs later, that part of his dream is under way.

Additionally, Adebiyi has a goal of registering 10,000 new bone marrow donors here in the United States. He hopes many of these donors will go to the Yale Club in New York City on Jan. 10, for a simple cheek swab, which will also place them on the national registry.

Ten days later, Adebiyi will enter the hospital and get a cord-blood transplant, which will give him the defenses of a newborn, or almost none. He will be in isolation, "basically a bubble boy," he says, for about six weeks. Then he will slowly try to rebuild his immunity and his life, including getting back on the track.

Surrender, to Adebiyi, means making peace with uncertainty, giving up some control, relying on others for a moment. His list of goals for 2010 is beating leukemia, registering 10,000 bone marrow donors, passing the bar exam, and establishing a Nigerian National Skeleton Team — which he fully intends to be on.