Accessibility links
In Memoriam: 'Ebony' Matriarch Eunice W. Johnson Johnson, the woman behind the Johnson Publishing Co. and the director of the company's Ebony Fashion Fair, died on Sunday at age 93. Andre Leon Talley remembers Johnson and her impact on the world of fashion, cosmetics and the arts. 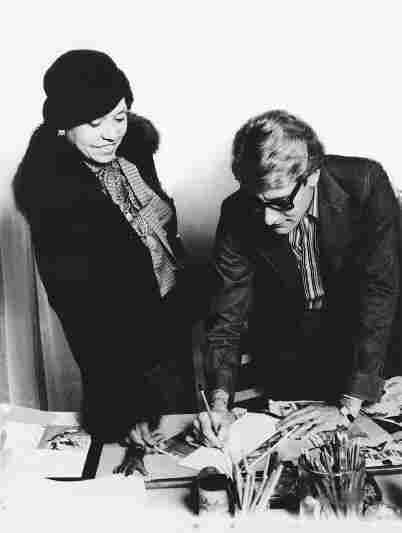 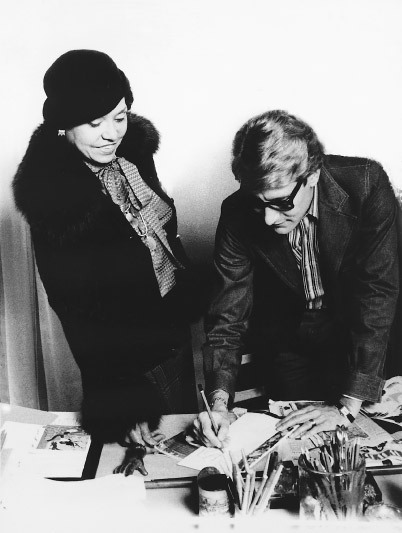 Fashion pioneer Eunice Johnson died on Sunday of renal failure in her Chicago home. The woman who gave Ebony magazine its name was born Eunice Walker in Selma, Ala. She studied art at Talladega College in Alabama, social work at Loyola University in Chicago, journalism at Northwestern University and interior decorating at the Ray-Vogue School of Design.

Eunice was married to John H. Johnson, who founded Johnson Publishing Co., the home of Ebony and Jet magazines. In 1961, she began producing the Ebony Fashion Fair, a traveling fashion show that set the pace for black fashion for half a century.

In addition to the Fashion Fair, Eunice Johnson helped start a line of cosmetics for women of color.

According to Andre Leon Talley, editor at large for Vogue magazine, Eunice Johnson thought about the beauty needs of women who, before her, may not have been able to find lipstick or foundation to match their unique hues.

"Mrs. Johnson [was] smart enough as a businesswoman, as a visionary, to take color and translate it to the needs of women of many hues," Talley says. "Everything with Mrs. Johnson became a celebration of who we are, of who black women were."

When Yves Saint Laurent produced a screaming orange or pink lipstick that became a must-have in the fashion world, Talley says, Johnson translated that for black women.

"She knew how to express style, translate trends into viable products for the African-American woman, whose budget very often is not one that can support a lipstick tube that would cost ... $100 nowadays," Talley says. "She made sure that Ebony Fashion Fair products were for people of all walks of life."

She was a aware of style on the runway, behind the makeup counter, in the offices of her husband's publishing company, and at home.

"Her world of style not only was about the proper or most extraordinary dress from Paris or jacket or sequined evening gown," Talley says. "She also was one of the first African-American women to have a Picasso in her living room in Chicago."

According to Johnson Publishing Co., the Ebony Fashion Fair has produced more than 4,000 shows and raised more than $55 million for charity.

"She loved what she had become and what she did give to the world," Talley says. "And that love was shared by millions."

It might be difficult for people to understand how large the Johnson family looms for many in black America, especially now that the first family is black. But before the Obamas there were the Johnsons, the wealthiest and most fashionable black family in America.

John Johnson epitomized the Horatio Alger story. Spurred by two legendary black women — the first of course being his mother — Johnson, according to legend, started his publishing empire with a $500 loan. His mother let him use her furniture as collateral. That goes to show that black mothers had a firm grasp on microfinancing long before it was Nobel Prize-worthy.

And then there was his wife. Eunice Johnson was a partner to her husband's success. When John Johnson wanted to create the black equivalent of Life magazine, Eunice Johnson named it Ebony. When she was asked to put on a fashion show for charity, she took it on the road and raised millions. Then when those ebony-hued women couldn't find makeup in the cities they traveled to, she helped her publisher husband realize the necessity and profitability of cosmetics for black, brown and tan women. So today while the publishing part of the company struggles, women across the globe spend hundreds of millions on Fashion Fair makeup.

When Eunice Johnson went to Paris or Milan to purchase haute couture, at first she was an oddity. Some of the white designers were reluctant to sell. But Andre Leon Talley, the editor at large of Vogue magazine, told Michele Norris that Johnson didn't make a scene. She waited for the fashion houses to realize how deep her pockets were and how broad her influence was in America. And Tally says that soon, "they received her like she were an editor of Vogue." Yves Saint Laurent would leave his work for her, and Coco Chanel would visit Johnson at her home.

Eunice and John Johnson were black royalty. They were an essential part of the cultural life of black America. Maybe you read Ebony or Jet, even if they were dog-eared copies in the beauty shop. Maybe you watched your mother and her friends dress up to go to a Fashion Fair show. Maybe your first compact of blush was Chocolate Chip. Maybe you dreamed of going into journalism because you walked home past the Ebony/Jet building in Chicago after school. Maybe you were lucky enough to spy Eunice Johnson in her Rolls-Royce cruising down Michigan Avenue.

She wasn't really a celebrity. To a kid on the South Side of Chicago, she was as close to the Queen Mother as you could get.