Accessibility links
North Koreans Devastated Over Currency Changes North Korea has banned the use of foreign currency, another move to crack down on the burgeoning middle class. Last month, the government's move to slash two zeroes off its currency was met with unexpected opposition. Some damage control was done, but the results are widespread inflation and food shortages. 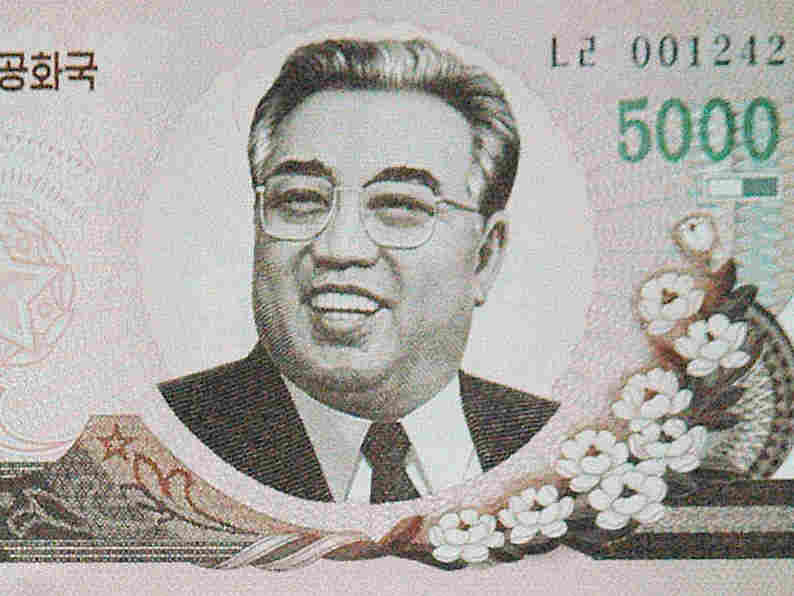 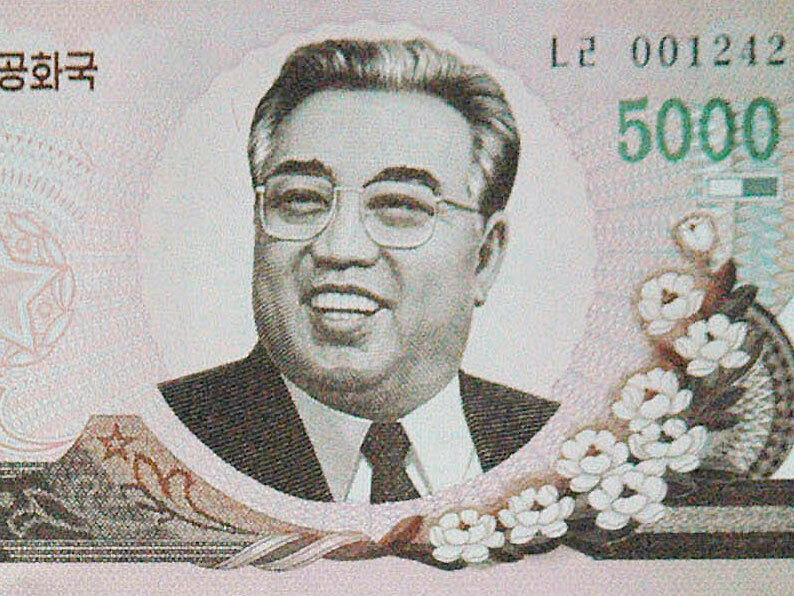 Imagine waking up and being told you can only keep around $40, and the rest of your money is worthless.

That's exactly what happened to North Koreans at the beginning of December when Pyongyang pushed through currency reforms. Since then, Pyongyang's currency changes have led to public dissatisfaction, a partial government clampdown, inflation and food shortages.

Tens of thousands of North Koreans began the New Year with a massive staged rally in central Pyongyang.

"Let's implement it!" they shouted, referring to government policy, as they pumped their fists into the air. Words aside, many fear what the new year might bring.

A month ago, North Korea announced currency reforms effectively slashing two zeroes off the currency. People were told to exchange their old currency for new at a rate of 100 to one, but they could only change around $40.

Even in this tightly controlled state, that caused widespread dissatisfaction; the depth of feeling was such that there were reports of people burning money or throwing it into the river. Both acts constitute political crimes since the old currency bears pictures of North Korea's founder, Kim Il Sung.

"It appears that the regime didn't anticipate the degree of pushback it would encounter on this," says Marcus Noland, a North Korea expert at the Peterson Institute of International Economics in Washington, D.C. "It was forced to raise limits on conversion in a series of what appear to be ad hoc steps, not only raising overall limits, but providing compensatory pay raises to certain favored groups."

South Korean groups with sources in the North say subsidies of 500 won — about $15 — were given to the whole population. Then at the end of December, salaries were distributed at the same rate as if the two zeroes hadn't been knocked off the currency.

"In effect there's been a hundredfold increase in purchasing power," says Noland, but he warns this generosity could backfire. "If there are no more goods on the market, that will manifest itself in inflation."

And that's already happening. Organizations in Seoul with sources in the North are reporting that many food prices have doubled since the changes, even though the stated aim was to battle inflation.

After salaries were disbursed at the end of December, the price of goods like pork were rising by the hour. Rice prices have quintupled, according to Open Radio for North Korea, which broadcasts from Seoul. Now rice is hard to find; supplies are being stockpiled, since traders believe prices will continue to climb.

At the beginning of January, the use of foreign currency was banned. Analysts have expressed skepticism over whether this ban will be implemented.

"The elite hold the foreign currency," says North Korea expert Noland. "This ban, if it is to be implemented — an absolutely mind-bending degree of repression or the government is going to have to cut deals with certain groups, particularly the military. It is almost inconceivable to me that the government would successfully take foreign currency away from high-ranking members of the military."

Since the currency reform, the price of the new won on the black market has plummeted, with the dollar exchange-rate 10 times higher than usual, according to Open Radio's Ha.

Foreign trade has been affected, especially with China. One Chinese seafood trader, who would only give his name as Mr. Han, says the currency reforms have made importing North Korean goods uneconomical.

"About 20 to 30 percent of Chinese companies have suspended business," Han says. "We stopped last month, so we're doing OK. Those still doing business are losing a lot of money, in the tens of thousands of dollars."

The reforms constitute an attack on North Korea's emerging market economy and those newly minted businessmen who got rich from it. They signal a return to North Korea's form of socialism.

Some scholars believe, in symbol-laden North Korea where iconography is key, the content of the new notes is highly significant. The image of North Korea's founder Kim Il Sung is updated to show him as an elderly man with gray hair, while for the first time there is a coded reference to current leader Kim Jong Il, in a picture of the log cabin where he was born at Mount Paektu, according to official North Korea mythology.

In an article, the University of Vienna's Rudiger Frank spells out the importance of these changes. He writes: "Technically, the new North Korean currency is an attempt to bring the economy back under control. But the picture of the elderly Kim Il Sung, the first-ever appearance of Kim Jong Il, and the reminder that these two leaders form a unity and that the Party is above the military also indicate that a power change in North Korea is drawing closer."

Open Radio's Ha also believes this reform is laying the groundwork for the power succession from Kim Jong Il to his son and presumptive heir Kim Jong Eun.

"The ultimate goal is to attack newly emerging powers who might oppose the Kim Jong Eun group," says Ha, "by confiscating their wealth, controlling their dollars and weakening them."

He points out that what is unprecedented about these reforms is that, for the first time, the North Korean government has shown sensitivity to public opinion.

"This currency reform is the first policy initiative to stabilize Kim Jong Il's power succession," Ha says. "So if public opinion to this policy is going bad, it might jeopardize the power succession plan."

What's not clear, however, is how Pyongyang will continue to disburse such huge salaries and feed its hungry population.

Erica Kang, from the South Korean humanitarian group Good Friends, predicts there could be more unrest and the crime rate could go up, if there are food shortages.

Even South Korea's defense minister has warned his troops that it's difficult to estimate the threats that will arise in the aftermath of the currency reform.

"The collapse scenario is getting more probable after the currency reform," predicts Ha.

Though others caution the North Korean regime has shown extraordinary resilience in the face of adversity.