Accessibility links
In Class, Marines Learn Cultural Cost Of Conflict An anthropologist defies her field to teach Marines the consequences of their actions. 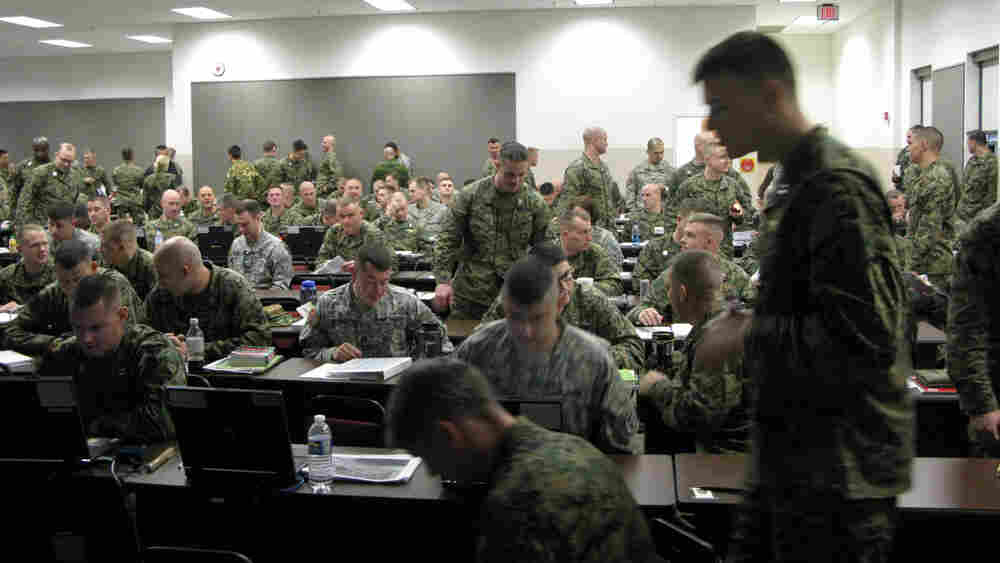 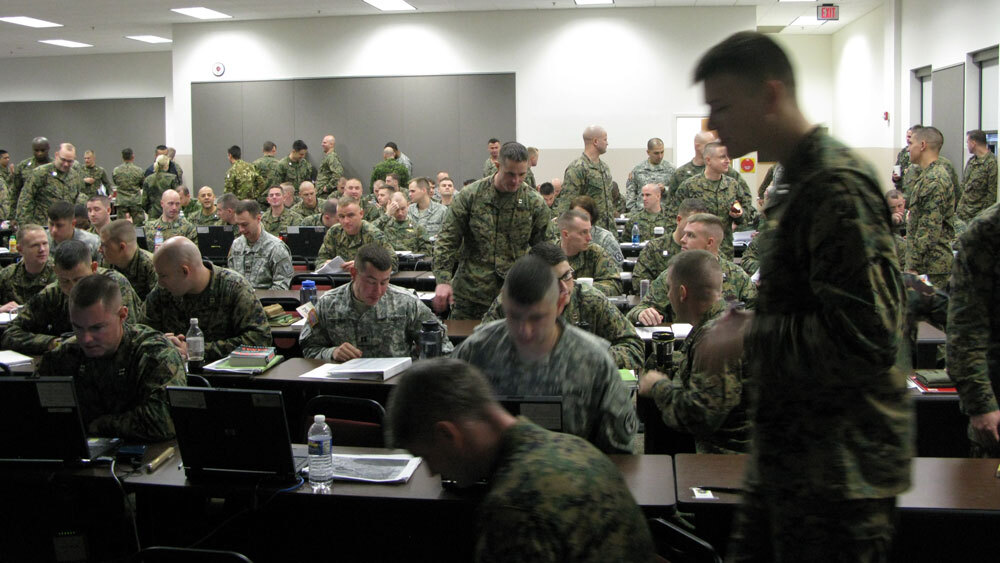 Marines take their seats for their operational culture class at Marine Corps University in Quantico, Va.

The students in front of Paula Holmes-Eber wear camouflage and have close-cropped hair. Most of them are Marine officers, and many of them have already been to war in Iraq and Afghanistan.

They're here to learn the consequences of their actions.

An anthropologist, Holmes-Eber trains American warriors to be sensitive to other cultures. She teaches operational culture at Marine Corps University in Quantico, Va. It's her job to get soldiers to think through how every move they make on the battlefield has a consequence — not just for enemy forces, but for ordinary people.

If the Marines blow up a bridge, for example, then the local people can't get over the river, either. "You've changed the environment by knocking the bridge out," Holmes-Eber tells her class.

"That changes the economy, because the farmers can't bring their fruit to market." The food spoils and the farmers lose their income. The entire village is suddenly poor, she explains — just by the loss of that one bridge.

Holmes-Eber hopes that what she's teaching won't just end up scrawled in a spiral notebook. She wants it to inform decisions that military commanders make on the ground in Iraq and Afghanistan.

Her mission might seem intimidating, particularly because the students have considerably more experience in a war zone than the teacher. "It is a challenge to gain credibility," Holmes-Eber tells NPR's Mary Louise Kelly after the class. "The hardest part was learning how to speak and understand Marine-speak." 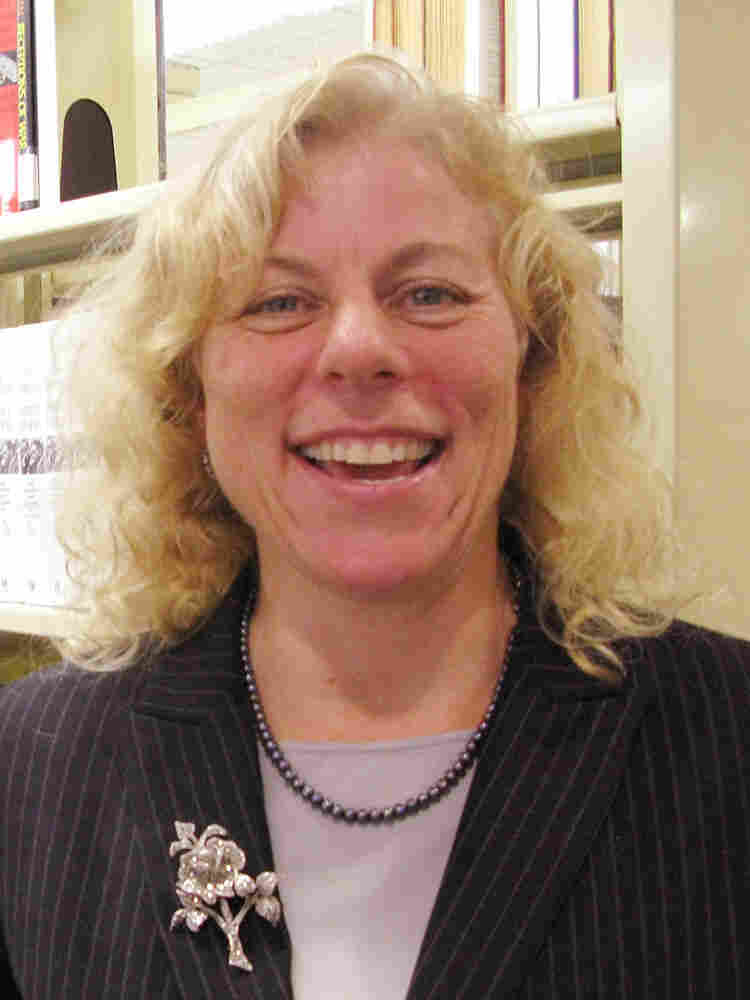 Not understanding local culture is a huge detriment for the military, anthropologist Paula Holmes-Eber says, because troops will be working at a disadvantage. Thomas Pierce/NPR hide caption

Not understanding local culture is a huge detriment for the military, anthropologist Paula Holmes-Eber says, because troops will be working at a disadvantage.

"So I'm actually an anthropologist in two ways," she says. "Trying to teach the principles of culture to Marines, but I'm also an anthropologist studying the Marine Corps." The more she understands their culture, the better she can communicate in a way that makes sense to them, she says.

Holmes-Eber hopes what they learn from her goes beyond the consequences of just blowing up a bridge. Given the "bloody, horrible, protracted" history of conflict in Afghanistan, Holmes-Eber would like to see American troops in the region take a different path — and that means understanding local culture well enough to build cooperative relationships.

"The goal is mission effectiveness," she explains. "If they fail because they don't understand the culture, then they didn't do what we asked them to do. So it's not about being touchy-feely and sweet and 'don't we like the natives.' "

"I really hope that we don't kill as many people this way."

Holmes-Eber's mission puts her in a conflict of her own with some fellow anthropologists, who see collaborating with the military as a traitorous act. The issue makes her squirm. "It's awkward," she finally laughs.

Anthropologists used to work closely with the military during conflicts in the 20th century, she explains. But during the Vietnam era, some of that support had controversial results.

"Anthropology was used as intelligence, used to destroy certain villages and harm populations," Holmes-Eber says. Horrified that their knowledge had hurt a culture, anthropologists set a do-no-harm standard. For many, that means not working with the military.

But Holmes-Eber says it's not a black-and-white issue. "Not working with them is not without ethical implication," she points out. "It's not 'I don't cooperate with the military, therefore I'm innocent' — you do. I think that we're all implicated. It's just a question of where that line is."

She's found hers. "I don't know what is morally wrong about teaching Marines about Islam, about Arab culture, about understanding tribal structures," she says. "I can't think of anything that I could go to bed at night and say, 'Oh, I've really done something wrong.' "

Meanwhile, Holmes-Eber says, it's an issue that's made the Marines more sympathetic to her. "They realize that I've had to run against my own field, my own profession, and go against the current and stand up and say and do something that really isn't popular," she says. "And they respect me."