Accessibility links
Feds: Unemployed Are Waiting Too Long For Benefits State agencies are overwhelmed by the number of people applying for unemployment insurance during the recession. It's taken up to two months for some unemployed workers to get their first check in California. The Obama administration says improving states' performance is a priority. 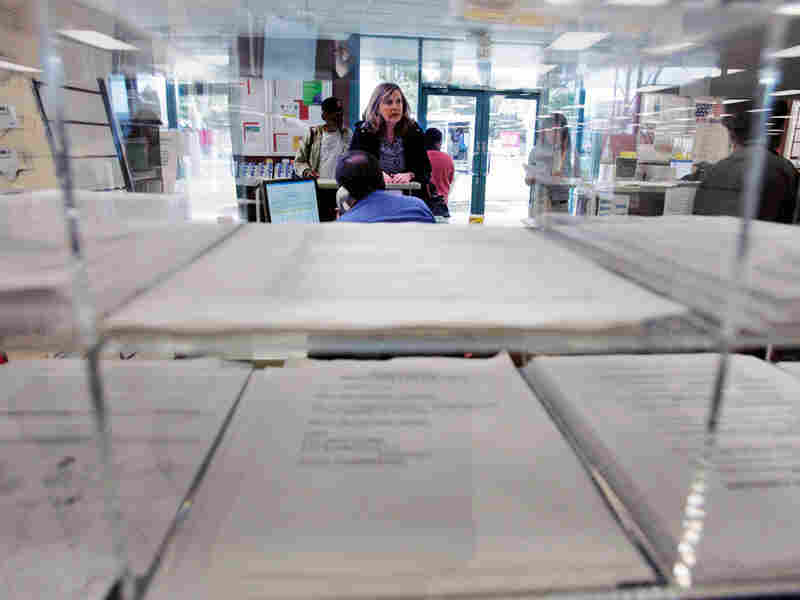 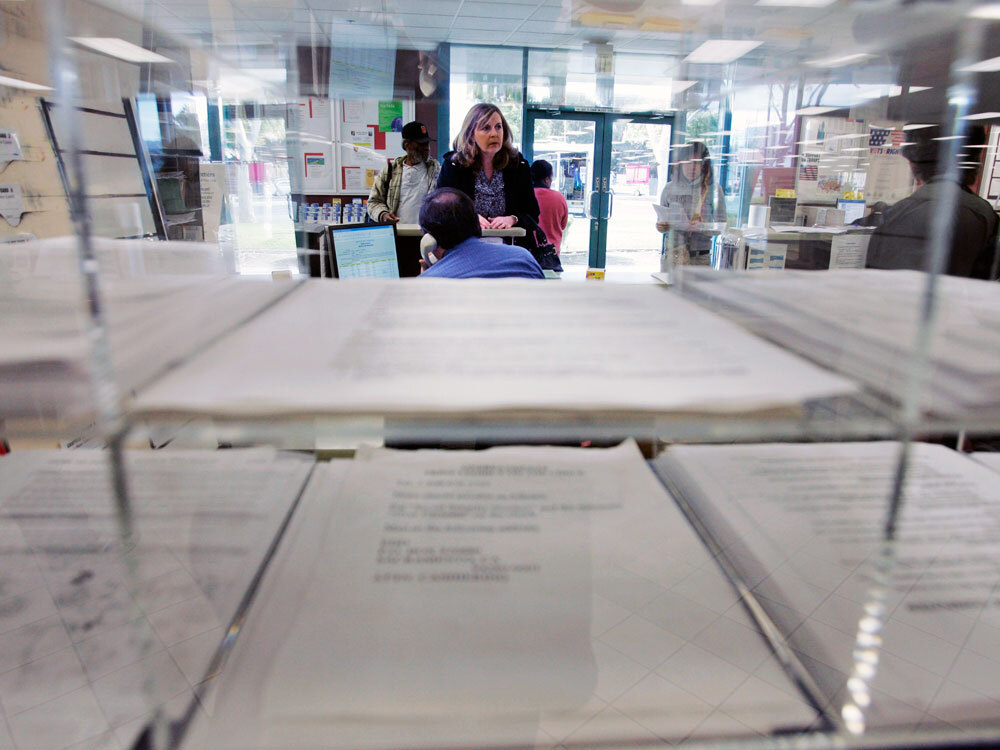 State unemployment insurance is the safety net meant to help people get by when they lose their jobs. But as the recession forces an unprecedented number to claim benefits, state agencies are overwhelmed, and people are facing long waits before they receive checks.

Last year, 32 states failed to meet existing guidelines for timely benefit payments. In the worst-performing states from January to September, around a third of claimants waited more than three weeks to get their first check. The federal guidelines recognize that sometimes there will be delays, but they say that number is too high.

"We understand the pressure that states are under," Oates says, "but there's probably no better time to address some of these problems than when you're pushing stress points."

For California resident Arleen Stanton, any efforts will feel too late. Earlier this year, she was laid off from her job with a county health authority. Like millions of other Americans, she filed for unemployment. She thought the checks would be a lifeline while she looked for a new job, helping her to support two other family members and cover the mortgage.

But for Stanton, filing for unemployment was just the first step into a maze of confusing correspondence and repeated phone calls — calls that never seemed to be answered by a real live human being at the state Employment Development Department, or EDD.

Some people had to redial 42 times before they could get through.

After a month without a check, Stanton was forced to dip into her retirement savings. After two months, an unemployment check finally arrived for the maximum benefit of $475 per week.

George Wentworth, policy analyst for the National Employment Law Project, says that while high demand is part of the problem, the system is supposed to be a safety net.

"It really is the first line of defense against poverty, and the difference between waiting three weeks for that first check and waiting five or six weeks is enormous for an unemployed worker who has limited savings," Wentworth says.

He says one problem is that many states are working with decades-old computer systems. Another problem is staffing. In the 1990s, many unemployment agency jobs were cut when the Labor Department led a transition to call centers and more automated processes. Now that they are experiencing a huge bump in callers, Wentworth says, the states are having a hard time building capacity to deal with this level of activity.

In California, EDD spokeswoman Loree Levy estimates the unemployment department has increased staffing around 40 percent in the last year to handle the flood of claims.

"The problem is we have to spend more time training them," Levy says. "So it's right about now that we're starting to get more proficient staff to help us with high demand for benefits."

Levy says the demand is extreme in California. For the first nine months of 2009, the Employment Development Department handled 4.6 million new claims, nearly double the number for the same period in 2008. Levy concedes that it's tough for clients to reach the department on the phone, though she says the situation is improving.

"Some people had to redial 42 times before they could get through on average," Levy says. "We had huge blockage. Now it's cut in half. Now it's as little as 13 repeat dials, 17 repeat dials on average."

Like all states that have not met federal guidelines, California has written a required plan for corrective action. Wentworth, from the National Employment Law Project, says states often submit these plans and there is no follow-up or enforcement from the federal government. But after all the problems in this recession, he says he's optimistic the system will get a big-picture review by the Labor Department, or even Congress.

It's one benefit to an otherwise dismal economic situation.