Accessibility links
Brian Williams: Why Jon Stewart Is Good For News Many journalists have come to think of the comedian as a kind of external standards-and-practices cop -- and one whose nightstick leaves painfully embarrassing welts, says NBC anchor Brian Williams. He explains why no journalist wants to show up on The Daily Show unless he's got a book to promote. 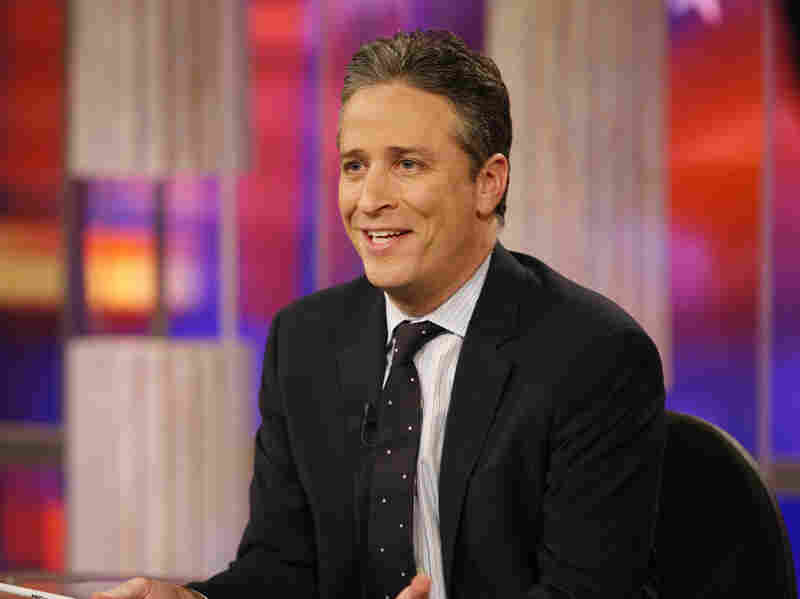 Jon Stewart is approaching his 11th anniversary as host of The Daily Show on Comedy Central. The satirical newsmagazine has won Emmy and Peabody awards. Kevin Fitzsimons/Comedy Central hide caption 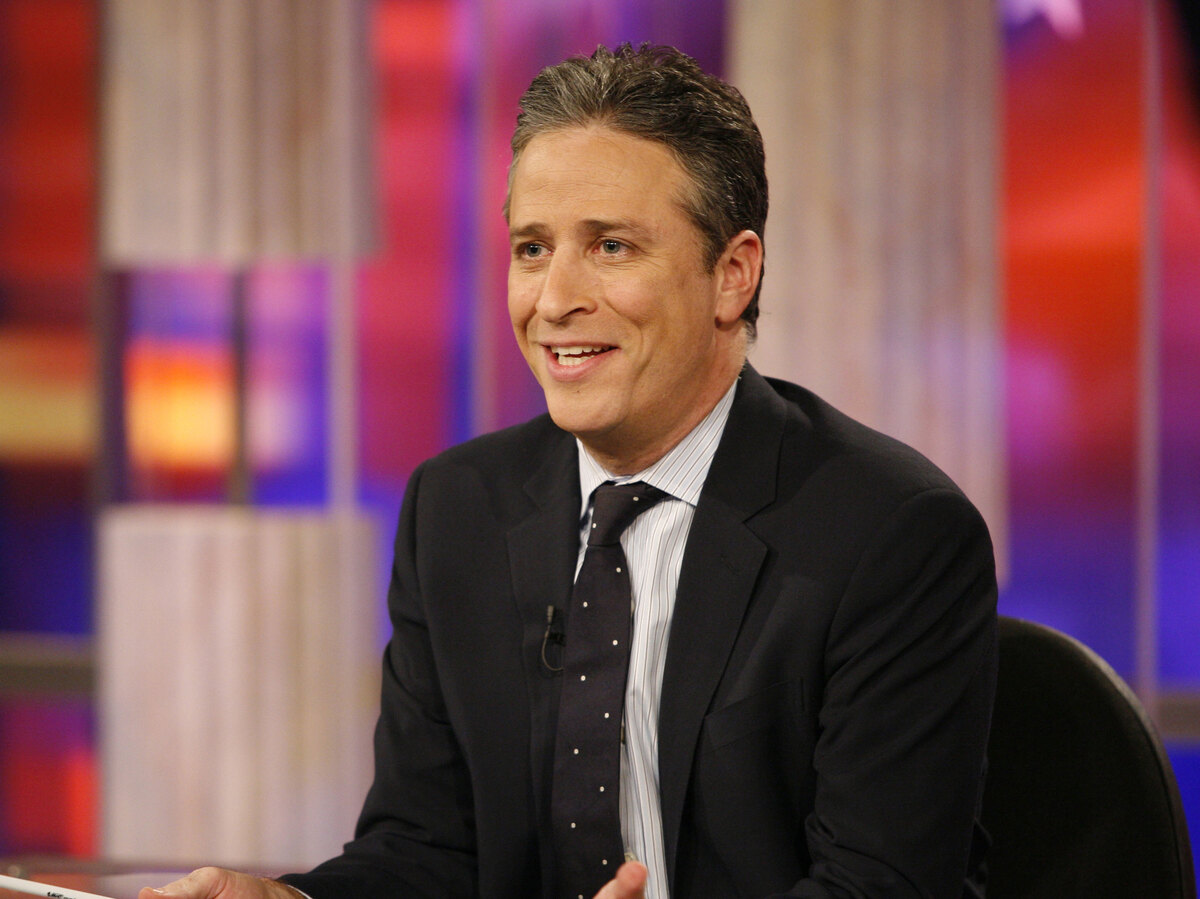 Jon Stewart is approaching his 11th anniversary as host of The Daily Show on Comedy Central. The satirical newsmagazine has won Emmy and Peabody awards.

For decades, young reporters would ask themselves, "What would Walter think?" Nowadays, it's not the memory of Walter Cronkite or even Edward R. Murrow that motivates some reporters -- it's more often the fear that the stories they put out today might get picked apart by Jon Stewart tomorrow.

Prominent among the wary: NBC Nightly News anchor Brian Williams, who recently explained in a magazine essay that The Daily Show host "has gone from optional to indispensable" in just a few short years.

And Williams tells NPR's Guy Raz that on occasion, when he feels his broadcast tap-dancing toward the precipice -- tossing around a story idea for "what I call Margaret Mead journalism -- where we 'discover Twitter,' " for instance, or entertaining some other unfortunate editorial possibility -- "I will, and have, said that, 'You know, maybe we can just give a heads-up to Jon to set aside some time for that tonight.'

"I should quickly add, we have another set of standards we put our stories through," Williams cautions. "But Jon's always in the back of my mind. ... When you make The Daily Show, it's usually not for a laurel, it's for a dart."

None of this, the NBC anchor says, is to claim that Stewart and his crew have had some wholesale transformative effect on the news media.

But "a lot of the work that Jon and his staff do is serious," Williams says. "They hold people to account, for errors and sloppiness. ... It's usually delivered with a smile -- sometimes not. It's not who we do it for, it's not our only check and balance, but it's healthy -- and it helps us that he's out there." 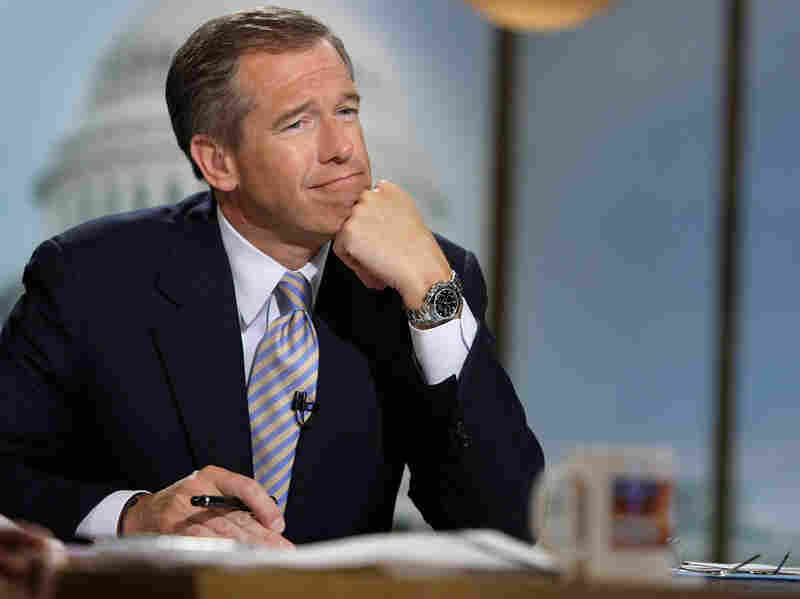 NBC news anchor Brian Williams, who's occasionally sparred with Stewart for the cameras, knows what gift he'll mark the host's anniversary with. "I looked it up ... on the Web, and the appropriate gift for 11 years is a knife," Williams says. "I'll present it to him by hand." Alex Wong/Getty Images hide caption 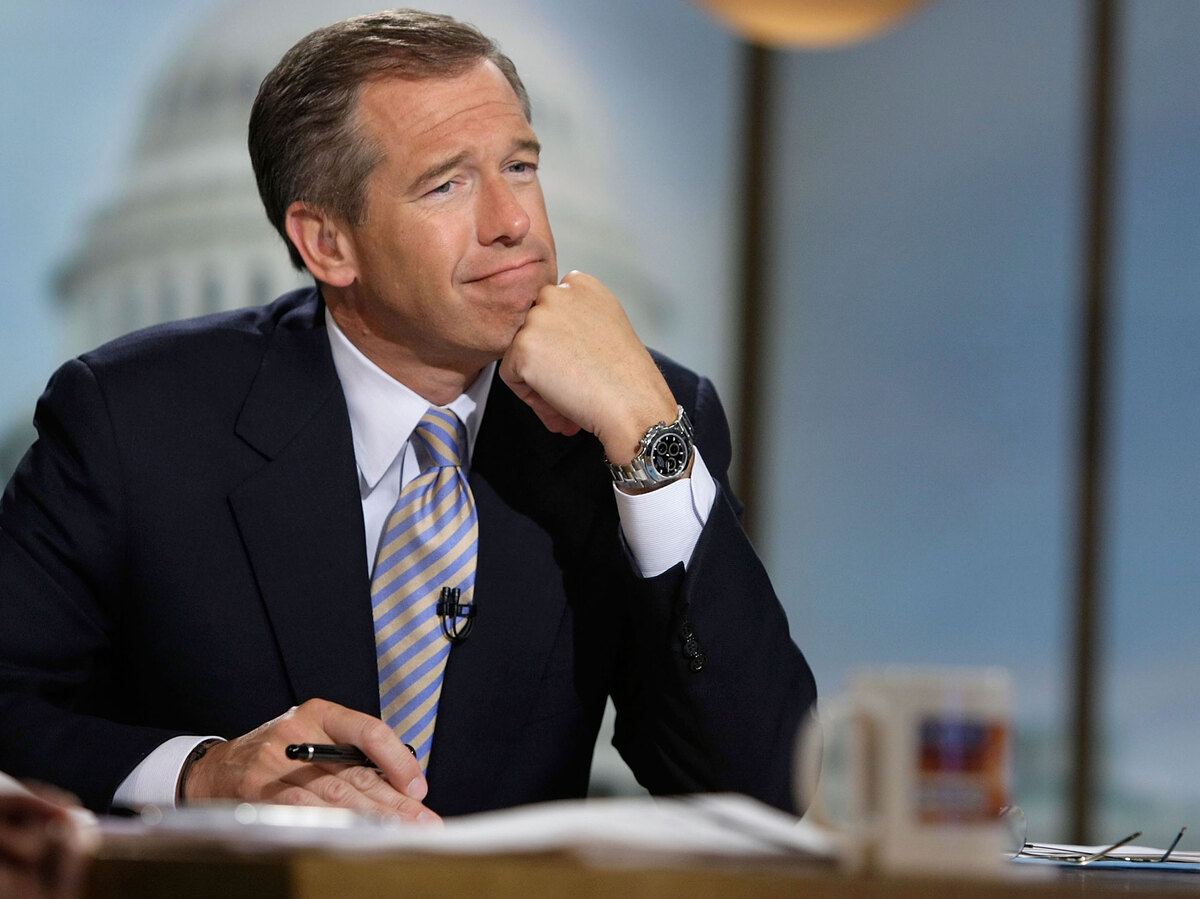 NBC news anchor Brian Williams, who's occasionally sparred with Stewart for the cameras, knows what gift he'll mark the host's anniversary with. "I looked it up ... on the Web, and the appropriate gift for 11 years is a knife," Williams says. "I'll present it to him by hand."

"The parlance in journalism for what happened there is a 'takedown,' " Williams says. And though public sentiment initially may have leaned toward Stewart, "I think in the days, weeks and months that followed, Cramer was given a little more slack, and Jon was called out for a kind of an attack interview, where the odds were stacked against Jim Cramer."

However nervous today's journalists might be about being raked over the Comedy Central coals, Williams says, "the fact that The Daily Show has no shortage of business and no shortage of raw materials with which to put together a broadcast every night shows that there's no shortage of errors and people falling short in their jobs."

That reality helps fuel cynicism about journalists and journalism among some -- and The Daily Show may not be helping, Williams says.

"There's a populism about them, which is kind of clever and crafty and perverse when you think about it," he says. "Because it's a broadcast ... funded by Viacom, a major network interest that has CBS News as one of its tributaries."

And it's "being compiled by -- again, if you had to typecast the way we all get typecast -- probably by liberal-minded types on Manhattan's West Side, and they get to do the kind of populist-pitchfork-outrage, keeping-us-all-in-line comedy show every night."

Williams, who is "off-camera acquaintances" with Stewart, says The Daily Show host has gone through a kind of transformation as his place in pop culture has gotten bigger.

"He started out as a stand-up comedian and a comic actor," Williams says. "He remains both ... and yet he's now viewed as a kind of political creature. He's viewed I think by most of his viewers as a guy with a point of view, with an ideological bent, and I think he's aware of it."

But "I don't think he gets credit for his comic chops," Williams says. "Just how agile he is, as a sole host of a half-hour -- a guy who can go from a blistering sit-down monologue, with bits of video, at rapid-fire pace, and then by choice interview the author of a book about the history of molecules. He has a very, very agile mind."