Accessibility links
Interview - Corneliu Porumboiu - In Romania, A Director's Quest For Clarity Between The Lines The Romanian film Police, Adjective won the Jury Prize at last year's Cannes International Film Festival, and is also Romania's entry for a foreign language Oscar this year. The film explores themes of language, morality and criminal justice. 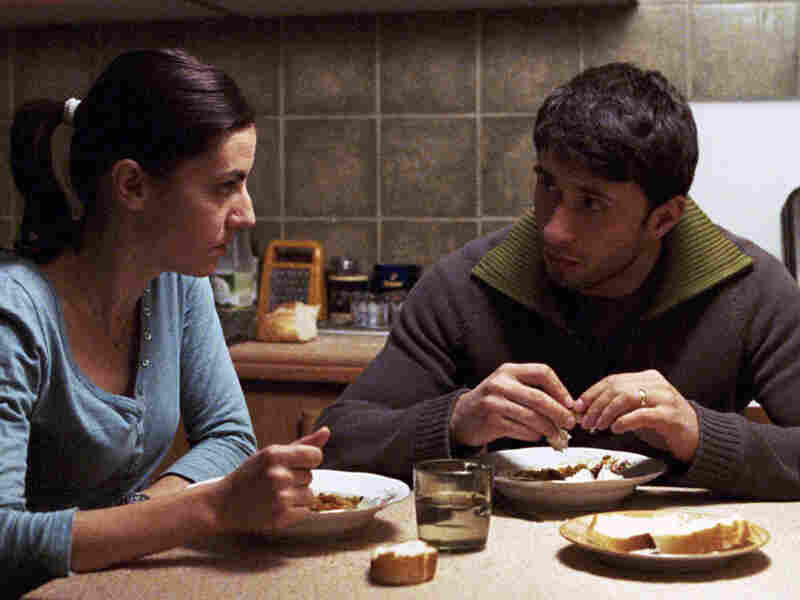 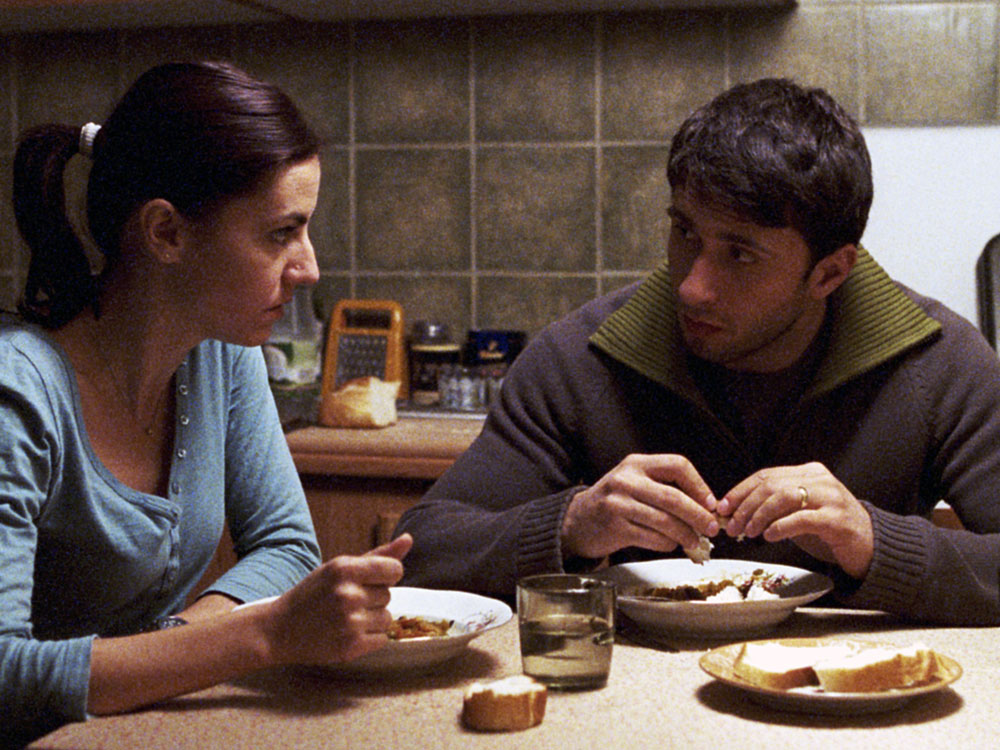 Does this movie sound appealing to you? The main character spends most of his time either skulking on a sidewalk smoking cigarettes, or questioning the meanings of words with his wife and his boss.

The judges at this year's Cannes International Film Festival thought so — in fact, they gave the movie their Jury Prize.

It's called Police, Adjective, it's from Romania, and it's opening this month in theaters in this country.

The film tells the story of a young detective who struggles with whether to arrest three students who've been smoking hashish. He believes that their lives will be ruined for what he considers a minor crime.

Director Corneliu Porumboiu says the film is a discourse on language and the detective's search for the meaning of such words as "conscience," "moral" and "law."

"The movie is built around this concept, this discourse, and at the end I arrive [at] the meanings of the words," says Porumboiu. "What is conscience? Because police have to enforce and respect the law, which is made by words, I had the impression that all the time we speak, one with each other, but at the end each has his own representation."

The representation or meaning of each of those words can be determined by whoever speaks them — or they can be taken literally. In a crucial sequence, the young detective's commander, in a soft, patronizing voice, forces him to read dictionary definitions of the words he uses to justify leaving the students alone.

"Look up conscience," the police chief says, and fixes a cold stare while the young detective reads like a child in front of the school principal. It's a grim, humiliating scene, and the weight of the commander's oppressive logic squashes the young cop's spirit.

The Language Of Oppression

The story's joyless feeling is matched by the film's images of the small city of Vaslui, where it takes place, and where Porumboiu grew up. He says Police, Adjective was filmed on gray November days using long takes with a stationary camera. There is no music.

But Porumboiu rejects the idea that his film is a metaphor for the dull lingering chill of the former authoritarian regime of Nicolae Ceausescu. He says that it's just about a cop searching for meaning.

"In a way, I'm afraid of metaphor," says Porumboiu. "It's this character, and he has — he's in this transition period. He doesn't have values. He doesn't have something he can grab, you know."

As the commander takes away his words, the young cop looks like he's grabbing for a lifeline, drowning in his own silence. His sense of ethics goes unexpressed.

That silence may not be a metaphor, but it does in a way represent the plight of people struggling to escape the legacy of tyranny, says Corina Suteu, director of the Romanian Cultural Institute in New York, a government agency that promotes her country's culture in the United States. She recently organized a festival of new Romanian films.

"The question this film asks is, 'How much has Romania got out — how much do we really get out of long-term legacies of totalitarian thought, of the authoritarian way of thinking, of ideology? How free are we really to get out of it and also make our individual choices inside a society?' " Suteu says. "For me, the film really points this [out] very, very strongly. And also in a very simple, completely non-sophisticated way. Maybe this is why Corneliu really hates to speak about it as a metaphor. He wants to keep it simple."

An Unadorned Style — For A Reason

That style also characterized Porumboiu's critically acclaimed first feature, 12:08 East of Bucharest. Suteu says that Porumboiu's unadorned films reveal perplexing and difficult problems: Both the commander and the detective want to do their jobs well, but they're trapped by the history of their country.

Suteu says that having to live with dual realities is what the great Romanian Dada artists Tristan Tzara and Eugene Ionesco called "absurdity," and that Porumboiu has entered this absurdist tradition with his observation that words have become meaningless.

"I think now we are living in a world where we are making the laws," says Porumboiu, "but at the same time, I think that it's more and more difficult to understand each other."

His characters don't seem to think we can. Porumboiu is a little more optimistic.