Accessibility links
Federal Prisoners Kept Beyond Their Sentences If deemed "sexually dangerous," federal prisoners can be kept behind bars indefinitely. This practice, which has been called unconstitutional, is being considered Tuesday by the U.S. Supreme Court. 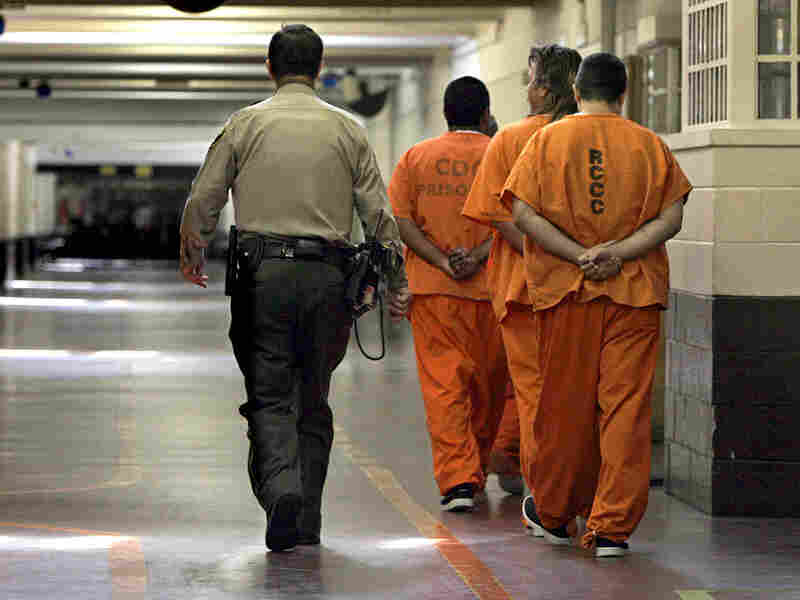 Civil commitment is traditionally dealt with by the states, and more than 20 states do have laws that allow for indefinite civil commitment of sex offenders after they serve their time. Rich Pedroncelli/AP hide caption 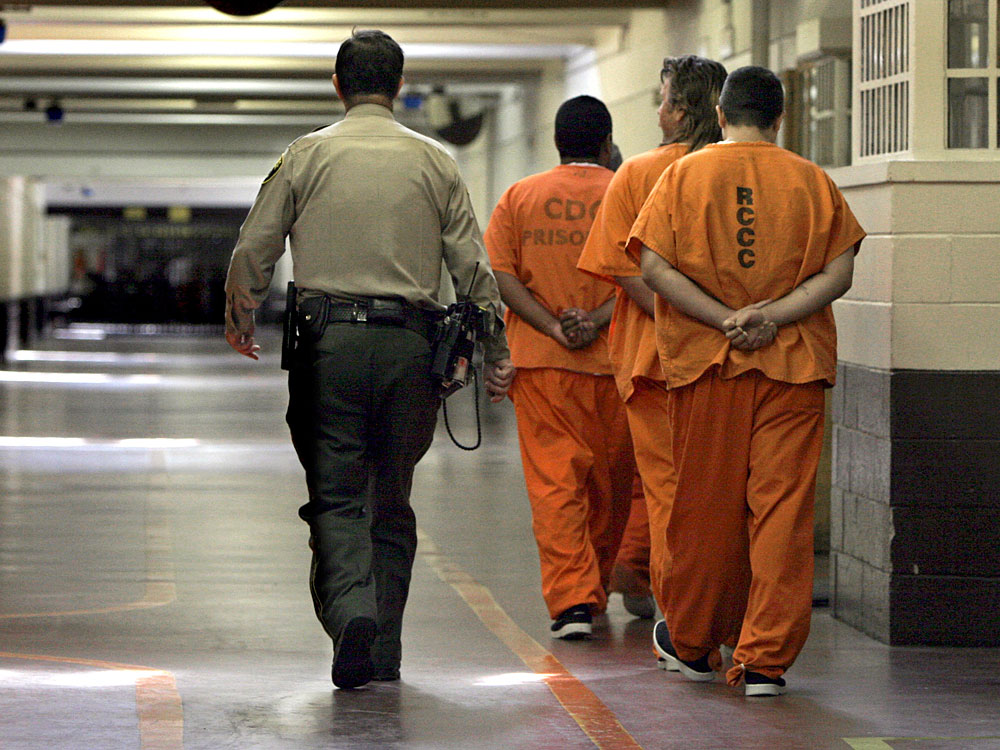 Civil commitment is traditionally dealt with by the states, and more than 20 states do have laws that allow for indefinite civil commitment of sex offenders after they serve their time.

The U.S. Supreme Court hears arguments Tuesday in a case that tests the federal government's power to keep convicted sex offenders behind bars after they have served out their prison terms.

Currently, 84 such prisoners are indefinitely confined for treatment at a federal prison in North Carolina. Five of them are challenging the law under which they have been detained with no end in sight.

Typical is the case of Graydon Comstock, who was sentenced to three years in prison for possession of child pornography. Six days short of completing his term, he was designated as "sexually dangerous," and the federal government moved to have him civilly committed for treatment. He has been kept in the North Carolina facility for two additional years, with little prospect of release.

Congress authorized such indefinite civil commitments for the first time in 2006 for sexual offenders who have completed their prison terms.

Two lower federal courts invalidated the law as unconstitutional, concluding that it overstepped the bounds of federal power under the Constitution, usurped powers reserved for the states and denied the due process of law to the individuals who are indefinitely committed.

The federal government appealed to the U.S. Supreme Court.

Beyond The Bounds Of The Constitution?

Civil commitment is traditionally dealt with by the states, and more than 20 states do have laws that allow for indefinite civil commitment of sex offenders after they serve their time. Indeed, in 1997 the U.S. Supreme Court upheld one such law from Kansas.

The Kansas statute, however, offers more protections for the individual. Under the federal law, the hearing to justify commitment is before a judge, but Kansas allows for a jury trial. Most important, the Kansas law requires the state to prove beyond a reasonable doubt that the offender is still dangerous, while the federal law requires only the less demanding showing of "clear and convincing proof," meaning essentially, that guilt is more likely than not.

Beyond the protections for the individual, there is the larger question of the limits of federal power. For a federal action to be constitutional, it has to be authorized by a specific enumerated provision of the Constitution, and the Constitution has no general civil commitment provision. So the Obama administration is defending the statute by linking civil commitment to the federal government's custody of the men in prison.

Federal law does have a provision allowing for the transfer of dangerous prisoners to the states for civil commitment, but as McAllister concedes, "We don't want 'em."

Treating these offenders in state prison systems, he says, is expensive, and the states don't want to bear the costs.

McAllister concedes that once an offender is in a treatment program, he rarely gets out because there is no good treatment that has worked with large numbers of offenders. Underlining that, he notes, is the fact that some offenders who have been released have committed horrific crimes.

But lawyer Jeff Green, who filed a brief on the opposite side of the case, points to statistics showing a relatively low recidivism rate. The headline cases, he says, prove a different point -- that there is no way to predict future dangerousness.

"These are hideous crimes," he says, "but they demonstrate that the experts, in terms of identifying which individuals are dangerous, are no better than astrologers."

If someone is truly dangerous, Green argues, then the government should seek prison terms that are long enough to protect the public -- not rely on an open-ended civil commitment system.

Green maintains that the government's so-called treatment program is nothing more than a Catch-22. The offender is required to talk about his sexual fantasies and accept responsibility, but those conversations can be used against him if he seeks release. Because there is no way for the offender to prove he is not dangerous, Green argues, release for most of these men "is a practical impossibility."

Or, as one lawyer who has visited the federal facility in North Carolina put it, "it is a pervert's cruise ship to nowhere."

McAllister, the Kansas solicitor general, concedes that few offenders get out once they are civilly committed in the states. That opens up more questions when considering a federal statute that provides fewer protections for the accused. If you can civilly commit someone as sexually dangerous, why not civilly commit people believed to be just dangerous in general? McAllister says civil commitment has to be linked to a mental abnormality or condition. But a lot of people in prison are deeply disturbed. There are drug addicts, kleptomaniacs, vicious sociopaths. So why not commit them too once they have completed their prison terms?

"Constitutionally, it might be possible," to extend the rationale for civil commitment to other kinds of crimes, McAllister says. "I don't have a constitutionally limiting line for what kinds of mental disorders might be permissible and what [might] not. If they lead to danger to others, potentially, they could be covered under such a law."

In other words, this is a case that could have a constitutional ripple effect.