Accessibility links
Jimi Hendrix's 1969 Album Set For Release Today, Sony Legacy Recordings and the estate of the late guitarist announced the pending release of Valleys of Neptune, 12 studio tracks recorded in 1969, mostly by the original Jimi Hendrix Experience. The songs have never before been commercially available and will come out in March.

Jimi Hendrix only released four official studio albums during his lifetime. Monday, Sony Music and the Hendrix estate announced a new album, to be released March 9. It's called Valleys of Neptune. 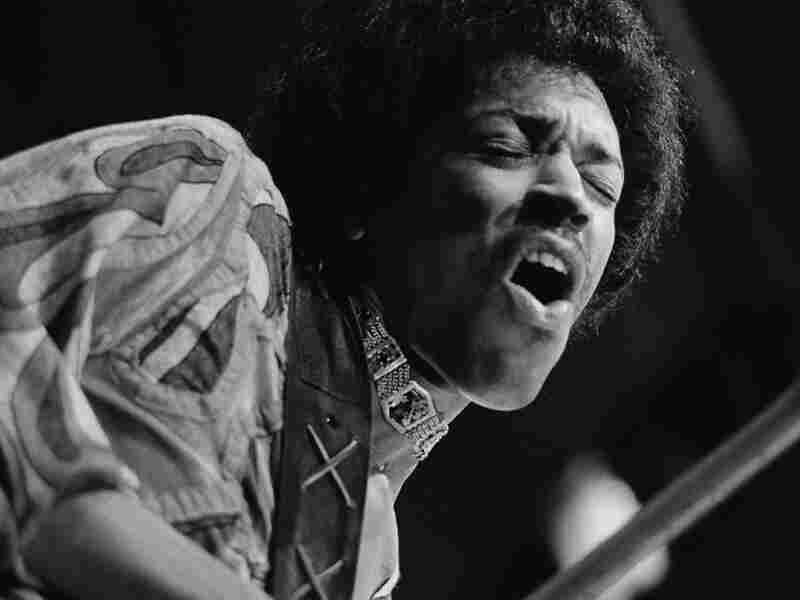 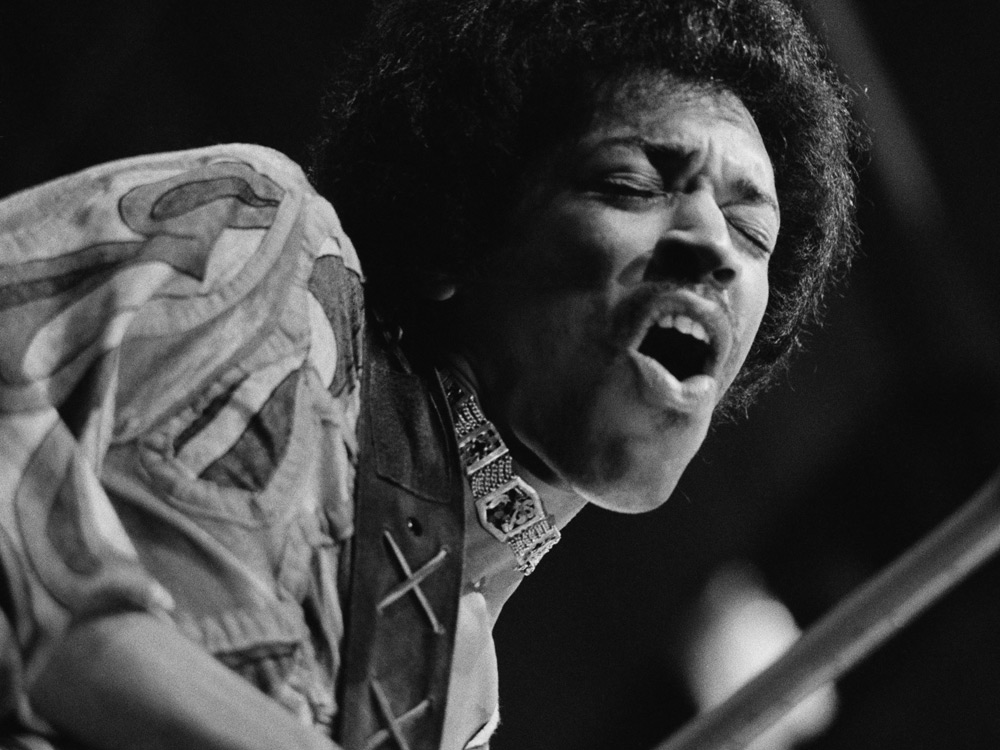 Jimi Hendrix performs at the Isle of Wight Festival in 1970.

Most of the songs on the new release were recorded in London in a series of 1969 sessions. Eddie Kramer, a longtime Hendrix engineer, was there.

"This was the year that Jimi was trying everything to find the right direction," he says. Kramer says the guitarist was experimenting, and came to Olympic Studios to try out some new material.

"Jimi was jamming with different musicians," Kramer says. "I think he had the concept of a new album that would follow from Electric Ladyland."

The tapes have languished in a London vault for the past 40 years. Kramer says he knew they were there and went to look for them with Janie Hendrix, Jimi's half-sister and the head of the Seattle-based company that controls the musician's estate. The new album is slated to be the first in a series of Hendrix music and DVD documentaries the company plans to release.

Kramer says he spent a year remastering the old analog tapes, using state-of-the-art digital technology to clean up the sound. But not too clean: Kramer says he was trying to bring out the essence of Jimi Hendrix.

"This is Jimi, when he plays the guitar, and it jumps out of the track. The hair on the back of my neck just stands up," he says. "It's so raw and in your face."

Kramer says hearing the tapes again was a bittersweet experience. He says Hendrix was not only a client but also a friend.

"He was the greatest guitarist I ever had the privilege of working with," he says.