Accessibility links
Inside The Genius, But Asocial Elevator's Brain Last week, the Burj Khalifa in Dubai took the title for the world's tallest building. Visitors to the observation deck ascended 124 floors in less than a minute, breaking records for speed. Most remarkable, however, was what passengers neither felt or saw: an ultra-high-tech elevator brain able to predict human behavior with eerie precision. 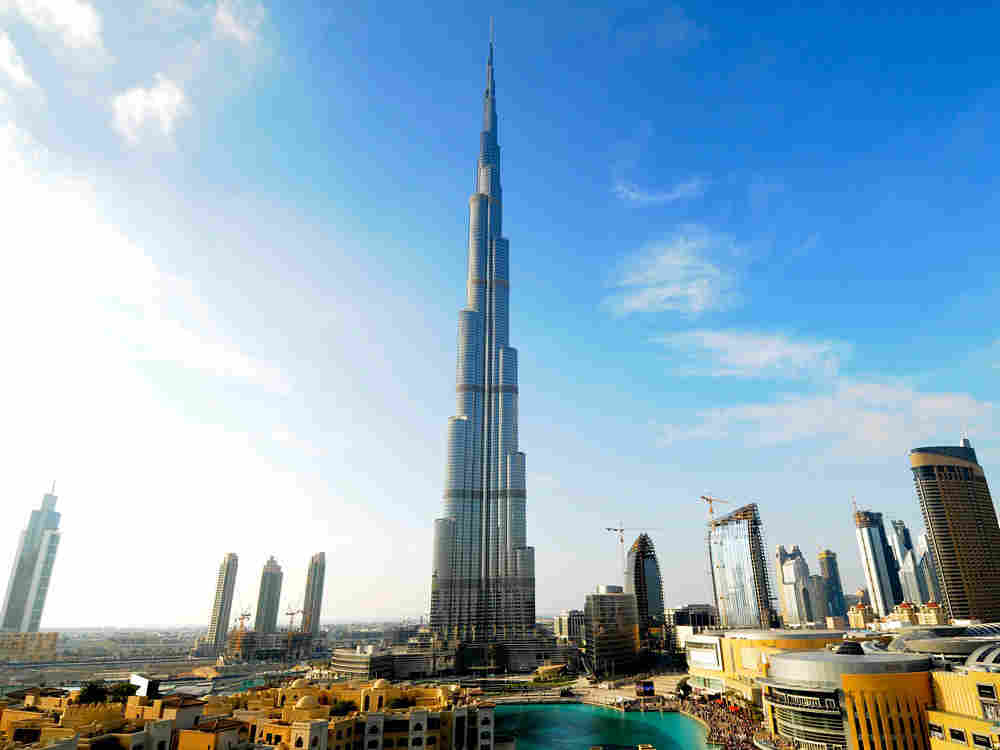 The Burj Khalifa in Dubai has one of the most advanced elevator systems in the world. Bloomberg via Getty Images hide caption 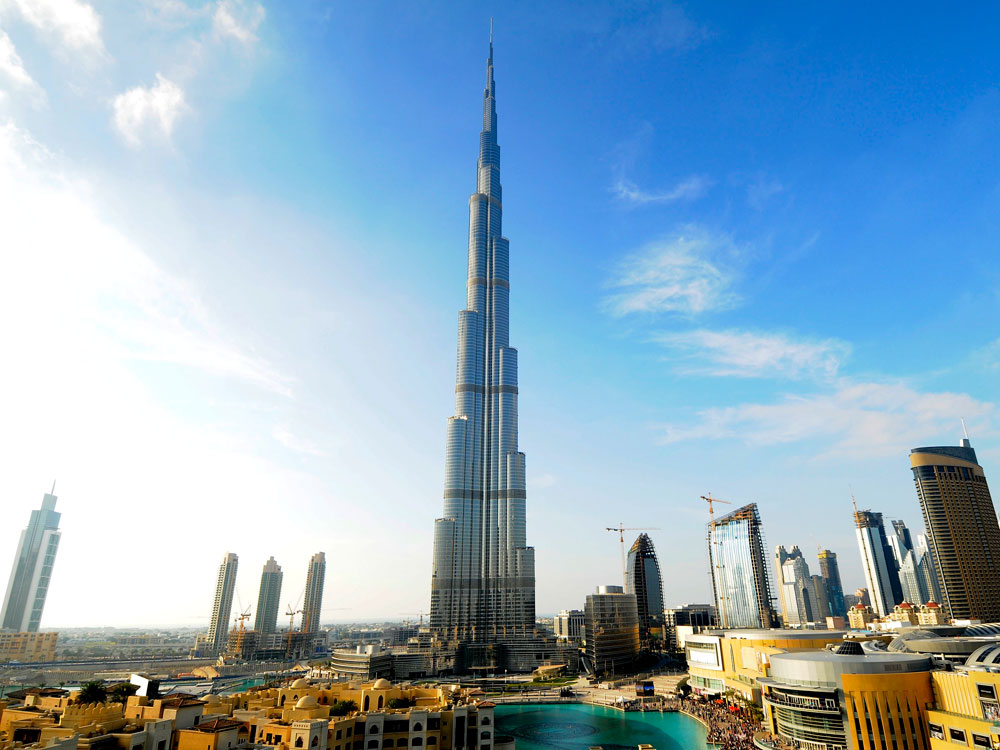 The Burj Khalifa in Dubai has one of the most advanced elevator systems in the world.

Over the weekend, 14 people were trapped in an elevator in the tallest building in the world. They were safely returned to solid ground within 15 minutes, according to Otis, the company that designed the lift for the new Burj Khalifa complex in Dubai. But the incident undeniably tarnished the unveiling of what had been called the most perfect elevator system in the world.

Fastest double-decker elevator, fastest regular elevator, highest lift: The 57 elevators at the Burj Khalifa have taken just about every superlative in the book.

"The elevator stole the show," Kevin Scott, a reporter for Gulf News, offered after an ear-popping ascent of 124 floors in less than a minute.

But what's so remarkable about the Burj Khalifa elevators is something that visitors neither felt nor saw: the elevators' brain. Capable of predicting human behavior with eerie precision, the ultra-intelligent elevators highlight a new direction in vertical transport.

One of the most complicated aspects of elevators, explains Lee Gray, an elevator historian at the University of North Carolina, Charlotte, is something few people think about: traffic control.

"In many instances hundreds — or even thousands — of people enter a building within a 20-minute time period," Gray says.

If you keep people waiting for longer than 30 seconds, you can hurt a business. To get everyone where they need to go efficiently, therefore, elevators need to predict human behavior.

Since the 1960s, the fundamental technology used in elevators has remained pretty much the same, he says. Instead, engineers' efforts have been largely focused on refining the complicated algorithm used to control the flow of people through a building. At some points, fuzzy logic and artificial intelligence have even made their way into the equation.

"The math to sort out the traffic control and how quickly elevators move and stop has become quite extraordinary," Gray says.

This math pops up in all sorts of elevators throughout the world. But engineers of late seem proudest of its incarnation in a system called Destination Dispatch. The system is considered the most intelligent, energy-efficient way to move large numbers of people through tall buildings. It will be used in one of the areas of the Burj Khalifa with the most complex traffic patterns. 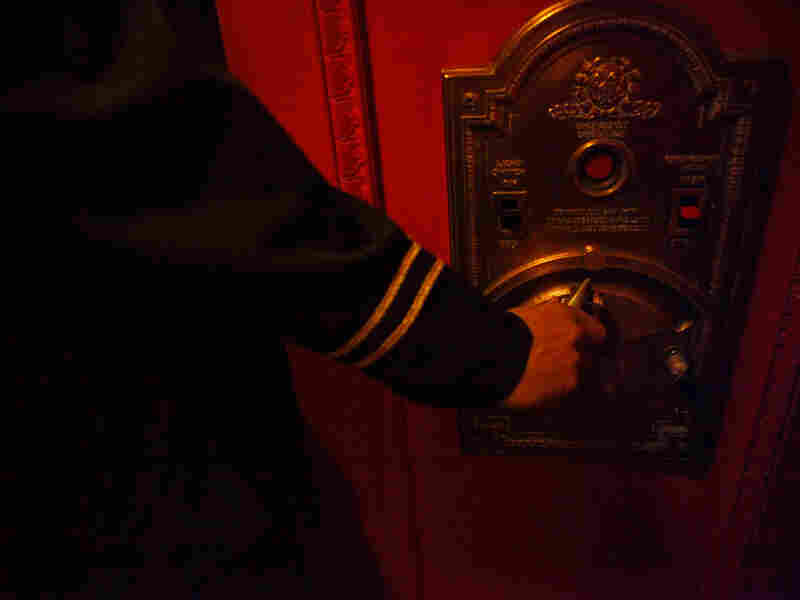 Keith Marshall has been operating the elevator at the Hotel Lombardy in Washington, D.C., for the past 30 years. Heather Murphy/NPR hide caption 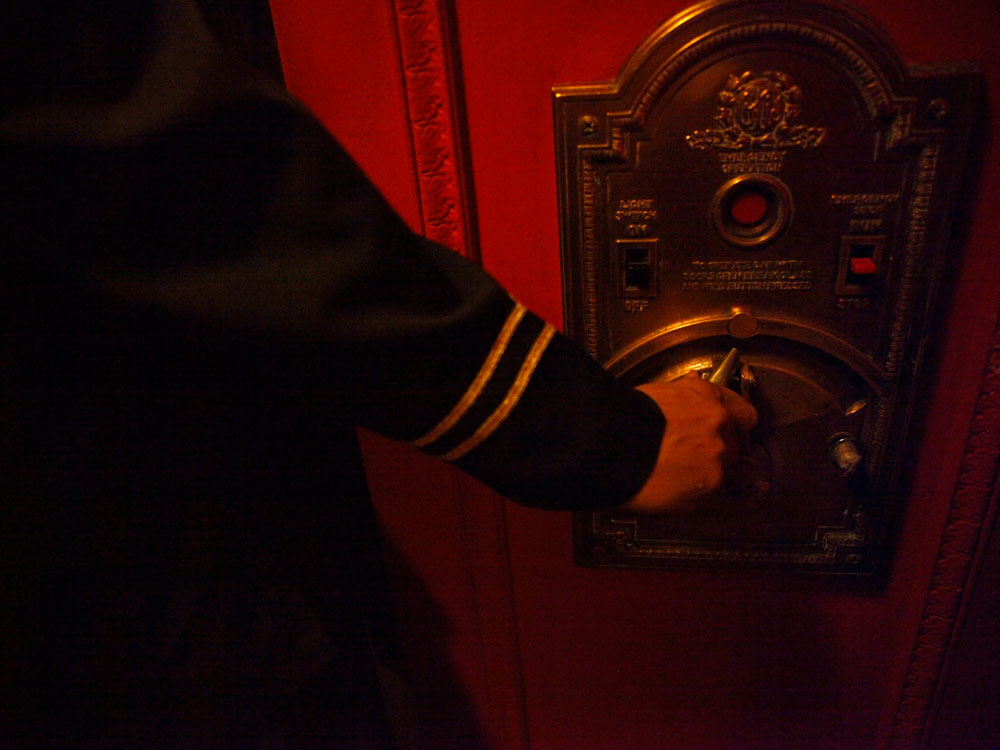 Keith Marshall has been operating the elevator at the Hotel Lombardy in Washington, D.C., for the past 30 years.

The new Baltimore headquarters of the asset management firm Legg Mason has a similar elevator system. In the lobby, employees scan in their employee ID cards at a turnstile, and an LCD screen flashes which elevator to take. The system already knows where people are going based on their ID cards and generally by the time employees arrive at the elevators, one is waiting.The elevator stops at only one floor.

In many Destination Dispatch elevators, there are no buttons inside. If you accidentally get into another person's elevator or input the wrong floor, you must wait to exit the elevator to choose another floor.

This tends to freak people out at first, according to a person at the front desk of the AAAS building, the first building to install Destination Dispatch in Washington, D.C.

But the important thing, engineers say, is that the system saves time and energy.

And there is room for additional personalization. Schindler, another major elevator company, says it is working on a cell phone app that will schedule an elevator before you've even arrived in the building.

Gone will be wait times. But also gone will be chance encounters with people from other floors. The Destination Dispatch system is inherently asocial and this could have unintended consequences, says Gray.

"Many people in corporate setting use elevator rides for the elevator pitch or talk. Destination Dispatch could separate people who in the past might travel together," he says.

Social interaction is a key part of the elevator experience at the Hotel Lombardy in Washington, D.C. The Lombardy boasts the last truly manual elevator in D.C.; there is an operator on hand at any time of day to take guests to their floors.

In just a few weeks, however, the elevator is scheduled to become automatic.

Keith Marshall, who has been operating the elevator for the past 30 years, reminds passengers that it's most likely their last ride in the charming, but noisy elevator.

Marshall has perfected the art of driving an elevator; he always lands it just right at his destination. He carefully calculates whom to pick up first for optimal efficiency. He knows many of the guests by name and can generally predict how long they are willing to wait.

A buzzer rings, he pushes the level, propels the lift up and opens the gate.

But the woman has left and taken the stairs. She couldn't wait. Perhaps she is accustomed to a more efficient, computerized elevator brain.