Accessibility links
Monsanto GMO Ignites Big Seed War Monsanto's Roundup Ready gene inoculates plants against a herbicide that kills everything but the crop. Monsanto's critics claim that the company has used this technology to gain a monopolistic grip on the seed industry. The company has drawn lawsuits from competitors and investigations from state attorneys general and the Justice Department. 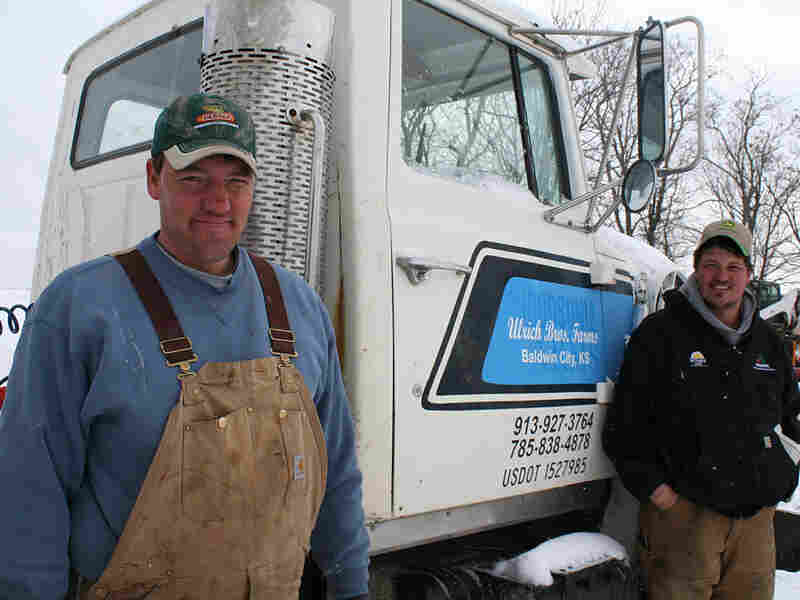 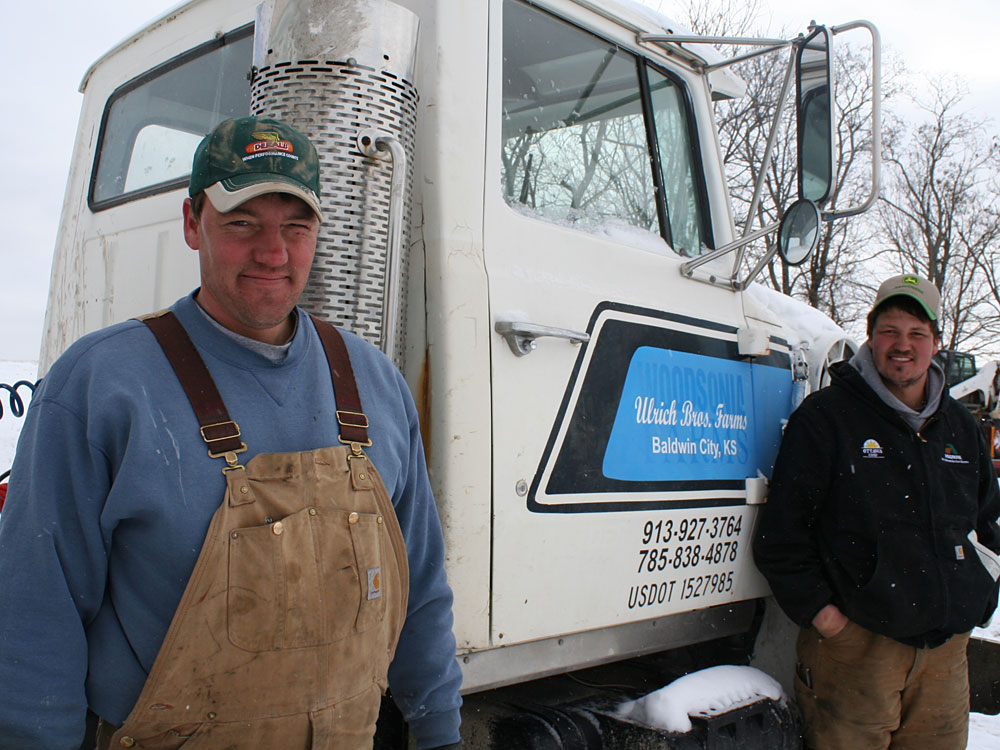 Even though deep snowdrifts cover his fields in eastern Kansas, Luke Ulrich, a corn and soybean farmer here, is thinking about spring. It's time to buy seed again, but hundreds of seed companies have gone under in the past two decades.

Ulrich remembers the days before genetically modified seeds upended the industry. Critics of the big agriculture biotech company Monsanto say its popular Roundup Ready technology is to blame for that. Roundup Ready is a line of gene-modified seeds that inoculate plants against a herbicide, Roundup, also made by Monsanto, that kills just about everything else.

"Ever since they've come out with the Roundup Ready trait and that became popular and basically took over farming, we've seen significant increases every single year," Ulrich says.

Ulrich says his seed costs shot up almost 50 percent last year. That's because farmers are contractually prohibited from saving seeds and planting them the following year.

Farmers face lawsuits if they try to save and replant the genetically modified seed because they don't own the technology. While they bristle at that, they love the Roundup Ready seed.

"There's nothing like Roundup. A monkey could farm with it," Ulrich says.

More than 9 out of 10 soybean seeds carry the Roundup Ready trait. It's about the same for cotton and just a little lower for corn.

"Farmers will not buy soybeans without Roundup Ready in it. So, that gives Monsanto an amazing amount of leverage," says Jim Denvir, a lawyer working for DuPont. DuPont owns Pioneer, a competing seed company.

"A seed company can't stay in business without offering seeds with Roundup Ready in it, so if they want to stay in that business, essentially they have to do what Monsanto tells them to do," Denvir says. 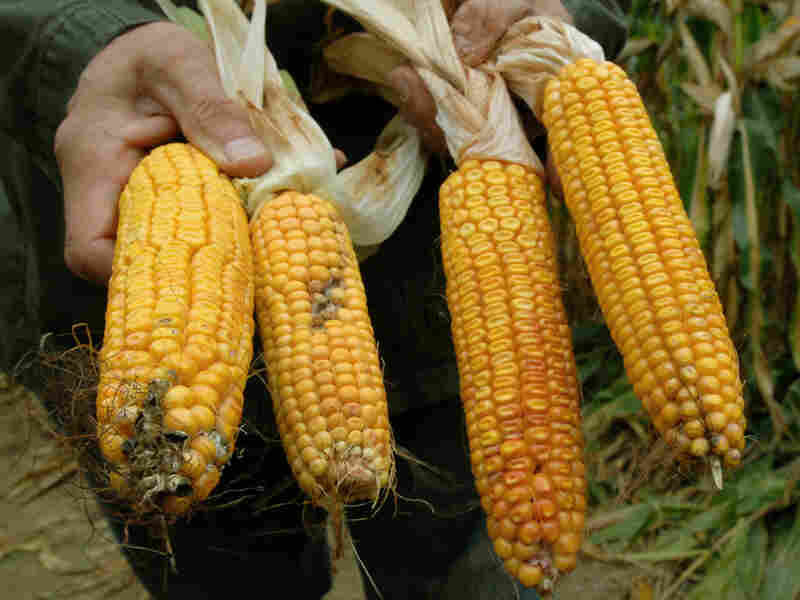 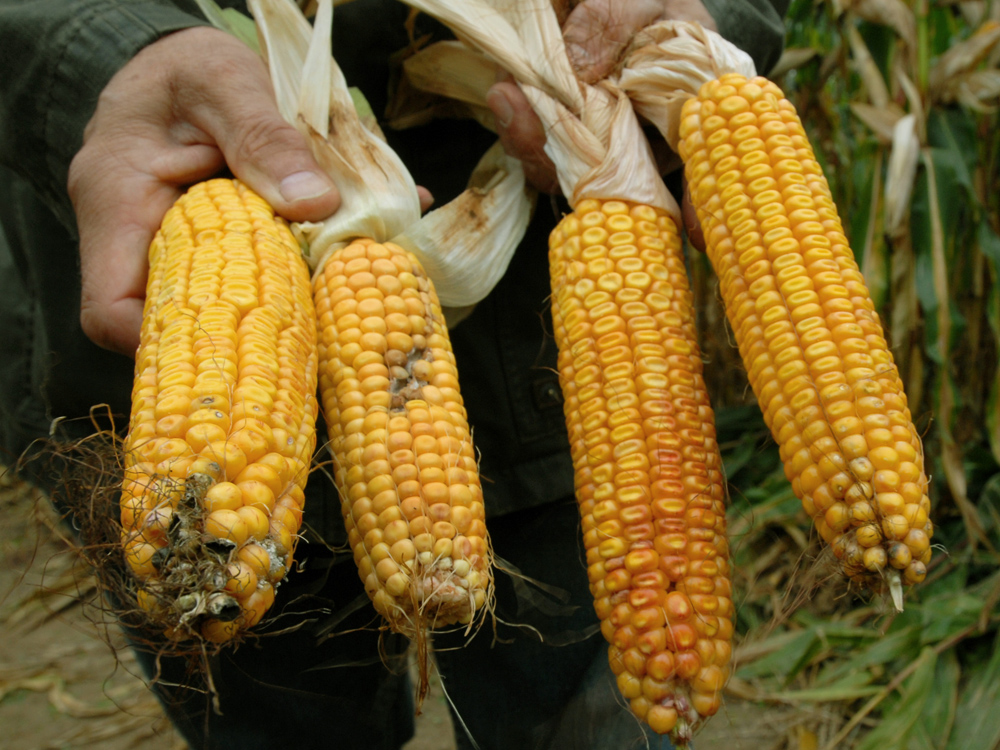 Monsanto's critics say it used this "platform monopoly" to crush many competitors. Chris Holman, a patent lawyer who teaches at the University of Missouri, Kansas City, likens it to Microsoft and its dominant Windows operating system.

"Because of the structure of the industry, they are able to really drive participants in the industry into using their technology," Holman says.

Monsanto spokesman Lee Quarles says those allegations are unfair, though he concedes they're coming at the company fast and furious.

"We're actively working to address questions from regulators, both the Department of Justice and state attorneys general as well as other parties in the industry, to address any questions they have about our business," Quarles says.

But Monsanto is pushing ahead. It will soon market a corn seed combining eight separate genetically engineered traits.

Roundup Ready technology was developed at Monsanto's world headquarters in St. Louis. Jim Tobin, a vice president of Monsanto, says it sells itself. "Farmers get to vote every year before they plant, and it's that vote each year that determines who has the largest market share or volume," Tobin says.

It's called Roundup Ready 2 Yield. It uses the gene as the original, just placed in a different spot in the genome. Monsanto says that boosts yield.

Interesting timing: Monsanto's patent on Roundup Ready 1 expires in 2014 and with it, a revenue stream of maybe half a billion dollars a year in royalties. That's unless it can switch farmers over to Roundup Ready 2.

"We'd like to have everyone in the soybean business, seed business using the trait," Tobin says.

Monsanto's putting the new trait in all its best soybean seeds. And Paul Schickler, president of Pioneer, says Monsanto is forcing its licensees to do the same. He charges that Monsanto is trying to make Roundup Ready 1 disappear.

Unlike in many other industries, there's no clear path for a genetically modified crop to go generic. As it stands, generic providers would probably still need access to Monsanto's proprietary data to get federal approval to sell the Roundup Ready trait.

Meanwhile, the end of the Roundup Ready patent will very likely give farmers a chance to do something they haven't for years: plant the seed they've harvested. Luke Ulrich is ready.

"I don't care how good Roundup Ready 2 is; if you tell me I can save back my own seed, I'm going to plant my own seed," Ulrich says.

The problem for guys like Ulrich will be finding seed that has just the Roundup Ready gene alone, one not stacked with other patented traits. After all, if he can't find the seed in the first place, he can't grow it.

The audio and a previous Web version of this story incorrectly said that Monsanto will soon market a soybean seed combining eight separate genetically engineered traits. The seed is actually a corn seed.