Accessibility links
After E-Mail Attacks, Google May Pull Out Of China After attacks originating in China targeted Gmail accounts belonging to Chinese human rights activists, Google has announced that it will stop censoring results on the Chinese version of its search engine and may pull out of the country entirely.

Listen
After E-Mail Attacks, Google May Pull Out Of China 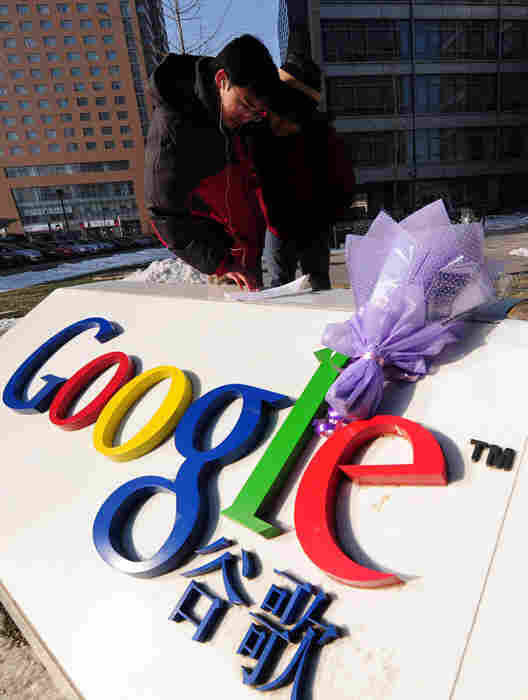 A bouquet of flowers lies upon the Google logo outside the company's Beijing headquarters. Frederic J. Brown/AFP/Getty Images hide caption 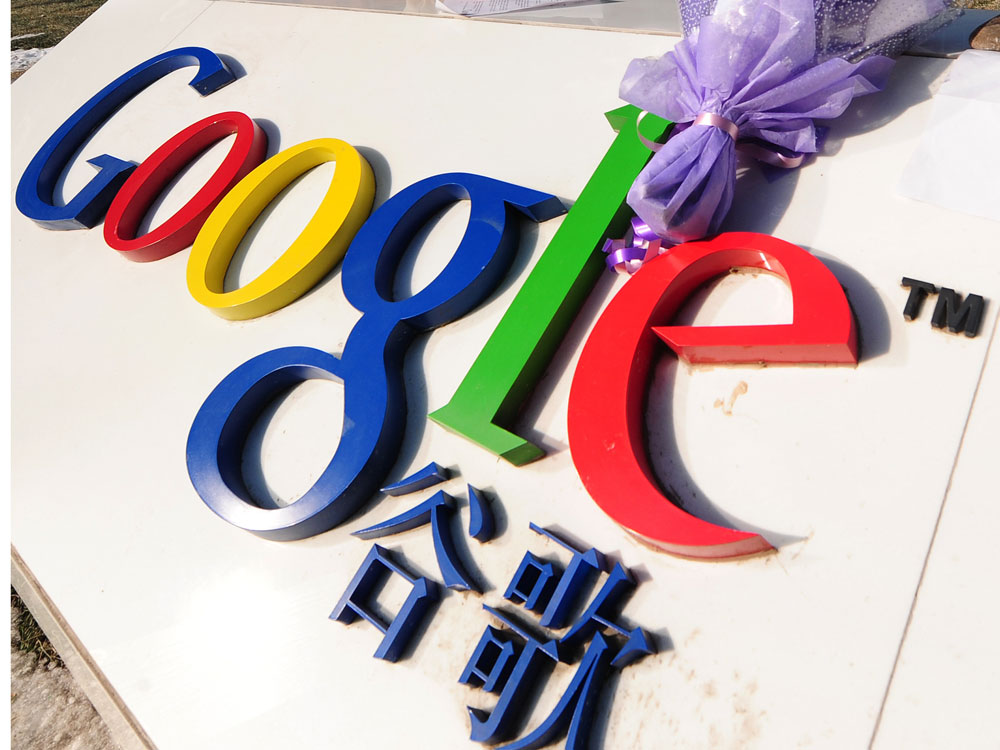 A bouquet of flowers lies upon the Google logo outside the company's Beijing headquarters.

In response to Internet attacks from within China, Google announced that it might pull out of the country rather than continue to censor search results on its Chinese site. The attacks targeted Gmail accounts of Chinese human rights activists in China, the United States and Europe.

In a blog on its Web site, Google said Tuesday that it could not pin the attacks on the Chinese government. But the blog's author, Google Chief Legal Counsel David Drummond, says it's clear that whoever was behind the attacks was politically motivated.

According to Drummond, Google's investigation determined that some of the attacks were directed at the accounts of individual human rights activists in the form of malware.

"Someone would get an e-mail they thought they could trust," Drummond says. "There'd be a link in it, and you'd click on an e-mail and all of a sudden you have software on your computer that does nefarious things like record your passwords or send information back to a hacker."

Drummond says such attacks are frequent, but the size and scope of this one has made company officials feel that they no longer want to comply with Chinese government requests to censor search results. Google agreed to do just that four years ago, Drummond says, because the company thought its presence there might make the situation better.

"But as it's turned out, things seem to be more restrictive," Drummond says."We see these attacks, and we just feel that we just simply can't continue to operate that way."

Drummond says company representatives plan to talk with the Chinese government and see if there is any way for Google to stay in the country without complying with the censorship rules.

Even if Google shuts down its China operations, it could still face the threat of attacks from within China. This is not an issue unique to Google. In December, Twitter — which has been used by Iranian dissidents — had its servers shut down by attackers in Iran. There is no direct link between the attack and the government, but Jonathan Zittrain of the Berkman Center for Internet and Society at Harvard says authoritarian countries are getting more savvy about how to use the Internet for political purposes "in the sense of being more careful about whom they are attacking and within a given site maybe trying to compromise a single account."

U.S. military and government officials are also reporting that they have been the target of attacks from inside China. Unfortunately, proving the origin of these attacks is nearly impossible, says Gregory Nojeim of the Center for Democracy and Technology. That makes it harder to stop them.

U.S. Commerce Secretary Gary Locke has responded to the attacks with a more general request to China. Locke asked Chinese officials to ensure a secure commercial environment for Google and other U.S. companies. Google officials say 20 other companies experienced the attacks, but only Adobe has publicly acknowledged being a target.

Google has received praise from human rights groups for its willingness to speak out. But getting out of China isn't likely to make Google or anyone else safe from politically motivated attacks.