Accessibility links
'Mad Men' Haven't Changed Much Since The 1960s In the advertising world of Madison Avenue, three-martini lunches and chain smoking in the office are long gone. But women and minorities are still struggling to make inroads at the top agencies. 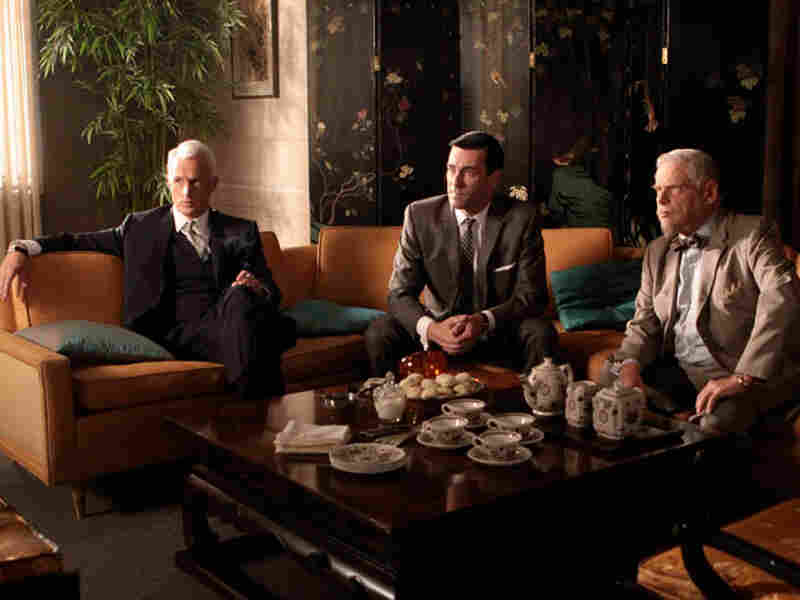 Three of the characters from the hit AMC drama Mad Men depicting the Madison Avenue advertising world for what it was in the 1960s and largely continues to be today: white and male. AMC hide caption 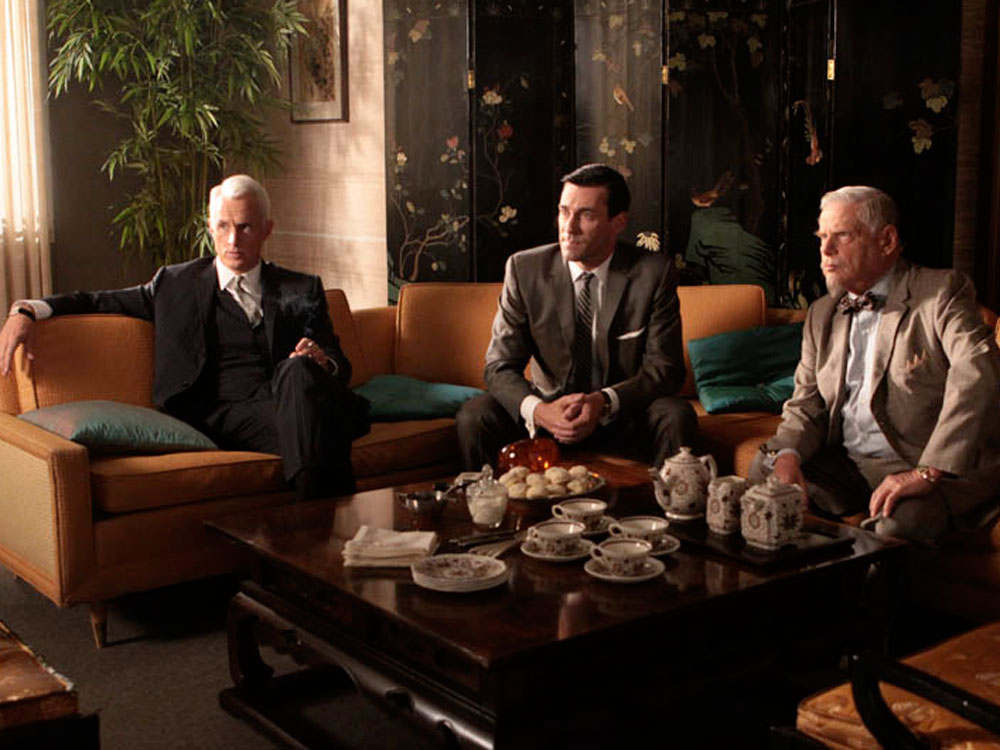 Three of the characters from the hit AMC drama Mad Men depicting the Madison Avenue advertising world for what it was in the 1960s and largely continues to be today: white and male.

The hit television show Mad Men depicts the 1960s advertising world of Madison Avenue in a way that is pretty close to reality: very white and very male.

A half-century later, three-martini lunches and chain smoking in the office are long gone. But when it comes to diversity in the agency, not much has changed.

In 1991, when he was a rookie at the big ad agency BBDO, he worked on a memorable television ad for Pepsi, featuring Ray Charles. From there, he rose quickly through the ranks and now runs BBDO New York.

That's a common refrain from successful people, but critics of Madison Avenue say Osborn has an advantage that has nothing to do with luck, timing or talent: He's white. And so are almost all executives at the country's top ad firms.

Mehri has taken on lawsuits against Coca-Cola and Texaco on racial discrimination charges, won huge settlements from each and forced the companies to change the way they hire and promote employees.

He is now turning his attention to Madison Avenue and the lack of African Americans in top management positions.

And Mehri isn't the first to look for discrimination there.

In 2006, the New York City Commission on Human Rights investigated BBDO and several other advertising firms, and found that blacks made up 2.5 percent of their managers.

The number of African Americans was even smaller in the creative and account management departments.

We go to certain universities. We hire people with certain skills. We develop and promote in a way that was not necessarily keeping up with the pace of new requirements. And so, we have legacies to deal with.

Now, just because there are a lot of white executives in advertising doesn't mean Mehri has a case.

But some of those white executives acknowledge that the industry has been a closed one for a long time.

John Seifert is the CEO of North America at the advertising firm Ogilvy & Mather.

"We go to certain universities. We hire people with certain skills. We develop and promote in a way that was not necessarily keeping up with the pace of new requirements. And so, we have legacies to deal with," Seifert says.

But today, Seifert says more than half of the college grads accepted into Ogilvy & Mather's one-year associates program are minorities.

And at BBDO, Osborn says more than one-third of the managers hired last year were minorities.

"Diversity at BBDO, safe to say, is not only nice to do. It is absolutely the right thing to do. And it's our top priority going forward," Osborn says.

Forty Years Of The Same Problem

Sanford Moore, is a longtime critic of the industry, worked at BBDO in the 1960s. He says the industry has been fighting these issues for decades.

"They give all these platitudes. They'll get up and do mea culpas," he says. "You have all these pious remarks."

He has a folder of old newspaper articles. One headline from April 26, 1968, reads "Advertising: A Plea To Hire More Negroes."

"What it boils down to is [for] 40 years, they have not seen fit to hire black people," Moore says.

Moore left BBDO on his own volition and his claims don't add up to a lawsuit. For that to happen, lawyers would have to find African Americans who were frozen out of jobs, and they would have to show that the advertising industry should have more black employees based on the available applicant pool.

"There are disparities that suggest there's a need for further investigation," says Mark Dichter, an attorney who represents corporations in discrimination lawsuits. "But it's a long way from that to proving that there was actual discrimination, that the companies could be ordered by a court to make changes."

The Industry That Shapes Hearts And Minds

Lawsuit or no lawsuit, Mehri says there is a lot at stake here.

"This industry is one of the industries that shapes America's hearts and minds more than any other," he says. "I mean, think about what children see, how many ads are on an hour of TV that they see."

He says one way to change the industry is to require managers to interview at least one minority candidate for every job posted.

He persuaded the National Football League to adopt a similar rule eight years ago. He says the results in that case have been gratifying: five of the past six Super Bowl teams have had either a black head coach or a black general manager.