Accessibility links
Career Coaches Help Minorities On Way To The Top A mentor who can relate to your background can be useful in helping you get ahead. But that is hard to come by for many entry- and midlevel employees who are minorities. Private minority-run coaching firms are now cropping up to fill the void. 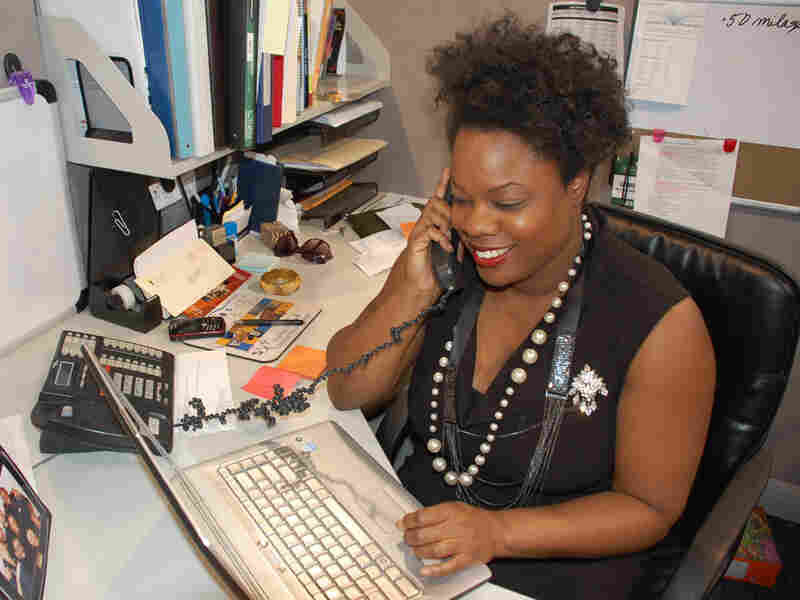 Tuwisha Rogers, an account supervisor for Images USA, gets advice from a career coach over the phone. David Barasoain hide caption 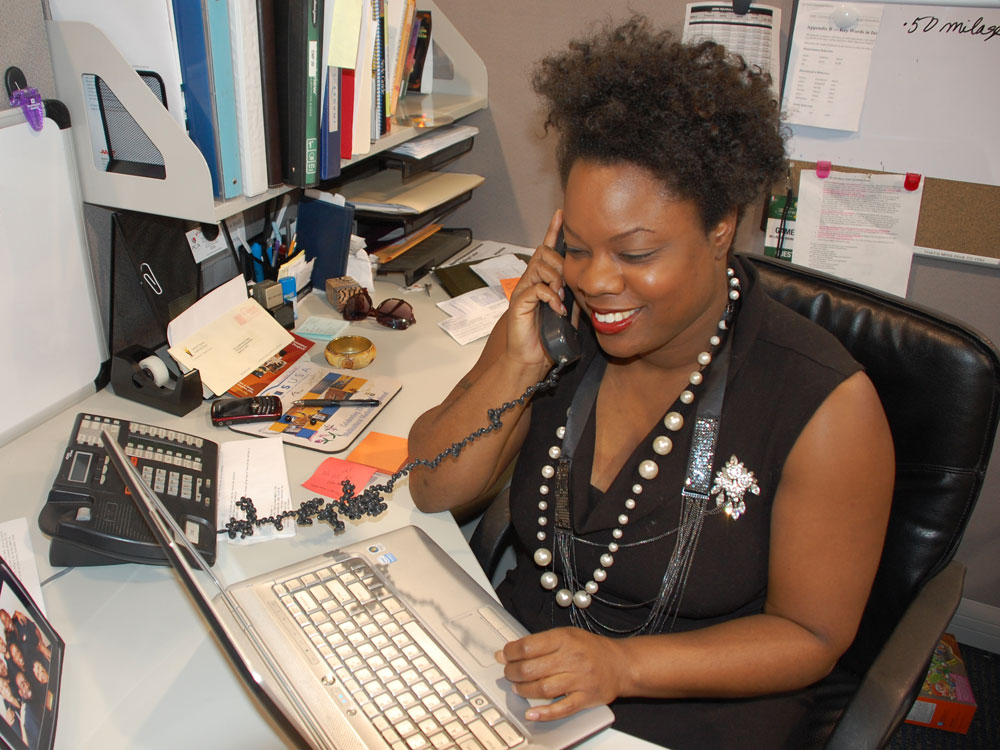 Tuwisha Rogers, an account supervisor for Images USA, gets advice from a career coach over the phone.

The executive suite is the place where all of the important business decisions are made — and, for many companies, it is the least diverse office in the building.

A lot of American companies are finding that after recruiting and hiring minority employees, it is hard to move them up the ranks.

Rob Sundy is, by many measures, a success story. He graduated from West Point, where he was a star athlete and student. He served in Kosovo, then went on to Harvard to earn an MBA. He ultimately landed a job at the packaged food company General Mills.

"This light bulb came on saying, 'OK, I have potential,' but it almost scared me," Sundy says, "I mean, like, what do I do now?"

I think because of my life story and my different background that …navigating this organization, or corporate America, it's just not intuitive or natural to me.

Such a sentiment may sound strange, coming from someone with Sundy's track record, but he says he felt like he was carrying some heavy cultural baggage, being African American and from working-class Detroit.

"I think because of my life story and my different background that ... navigating this organization, or corporate America, it's just not intuitive or natural to me," he says.

He had confidence in his skills; it's what he didn't know that nagged him. He would overhear co-workers talking about golf, a sport almost entirely foreign to him. And then there were the meetings.

"I would say something in a meeting and then no one would really say anything, and then 5 minutes later someone else in the room would say the exact same thing, and everyone would applaud the idea and say it's the greatest thing ever. And I would always have this impression after the meeting like, why was my commentary not accepted the same way as this other person? And I think earlier in my career, I might have had the impression that it had something to do with race," Sundy says.

Whether or not race had anything to do with his problems, the reality was, he needed help communicating if he was going to achieve his goal of reaching the executive suite.

The Tools To Play The Game

Through General Mills, he connected with a nonprofit organization called Management Leadership for Tomorrow, which coaches midlevel managers.

"If you are a non-minority manager, you are going to be able to turn to your left, turn to your right, look forward, look back, and choose out of several people who can give you that informal feedback and guidance that's so critical," says John Rice, founder of Management Leadership for Tomorrow.

Rice, who is African American and a former executive with the National Basketball Association, says many minority managers, no matter how accomplished, are still looking for career guidance, and they often look for it in fellow minorities.

"To some extent, what we see and what we provide to these folks is the ability and road map to play the game like everyone else is playing it," Rice says.

He adds that many corporations have in-house mentoring programs for their minority employees. But some companies, such as Google, Target and Fannie Mae, outsource their mentoring to organizations like his for intensive coaching.

Leery Of The Snipers

Tuwisha Rogers is a rising account supervisor at Images USA, a black-owned marketing and communications firm. Her career coach, Patricia Hayling Price, talks to Rogers over the phone, suggesting ways to raise her profile inside the company.

"The first thing I would ask is, remember the exercise you did in the room, where instead of spewing off everything that was on your mind, you withheld it?" Hayling Price says.

"Yes," Rogers says. "It's been really helpful, being able to stop, think about the five things I want to talk about, and then come back with just one point, has really changed some people's perceptions of what I say and do now."

This kind of coaching would be appropriate for anyone climbing the corporate ladder, but the coach, Hayling Price, says minority middle managers face a special challenge.

"As a minority mid-manager on the rise, you are always leery of the snipers out there and all of the micro-inequities that exist in a corporate environment. When are they going to get you? You're expected to be faster, smarter, better in order to gain the visibility," she says. "The stakes are huge."

Training A Future Generation Of Leaders

The stakes are huge because major corporations and nonprofit organizations are looking for a new generation of minority talent. And Rice has made it his goal to make sure minority managers have what it takes to get to and stay in the upper echelons.

Rice says it is too early to judge the impact of corporate coaching, but the approach seems to be catching on. His corporate clients have doubled and, in some cases, even tripled the number of minority managers they are sending to him for coaching.