Accessibility links
Excerpt: 'Take This Bread' What Sara Miles learns about faith, about herself and about the gift of giving and receiving graciously are wonderful gifts for the reader as well. Her memoir is recommended by Day to Day's Karen Grigsby Bates. 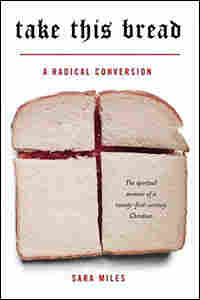 My first year at St. Gregory's would begin, and end, with questions. Now I understand that questions are at the heart of faith, and that certainties about God can flicker on and off, no matter what you think you know. But back then I thought "believers" were people who knew exactly what they believed, and had nailed all the answers.

My first set of questions was very basic. I covertly studied the faces of people at St. Gregory's when they took the bread, trying to guess what they were feeling, but I was too proud and too timid to ask either priests or congregants the beginner's queries: Why do you cross yourselves? What are the candles for? How do you pray? And, more seriously: do you really believe this stuff?

My next question was not about God or church: it was nakedly about me, and my fears. What would my friends think?

In America I knew exactly one person who was a Christian. It turned out that my friend Mark Pritchard, an introverted writer with a tongue piercing, attended a Lutheran church with wooden pews where he sang old-fashioned hymns every Sunday. So I took some walks with Mark, trying to draw him out, but despite his orange Mohawk and wild sexual politics, he was a fairly Lutheran guy, not much given to discussing his emotions or spiritual life. "Sure, well, I believe in first principles," Mark said to me, cautiously, when I probed him about his beliefs. He might as well have been speaking Greek. "Oh," I said. I didn't know anyone else who went to church.

Poor people certainly believed in God. San Francisco might be the least church-going city in the nation, but there were still plenty of churches within the run-down blocks around my house — the left-wing Chicano Catholic parish with its gorgeous altar to the Virgin of Guadalupe; the "Temple of the Lyre of the Valley," an evangelical Salvadoran storefront; the black Pentecostal dive, the santeria chapel, the cruddy white-trash Assembly of God building with its dirty curtains. Poor people said "God bless you" and crossed themselves and stood on street corners singing loud, bad hymns; they bought their little girls frothy First Communion dresses; they buried their dead gangbanger brothers with incense and Scripture.

Nationally, middle-class Christians — even though many seemed to enjoy portraying themselves as a picked-on, oppressed minority, ceaselessly battling secular humanist regimes — weren't exactly an endangered species, either. People who called themselves Christians comprised 85% of the population. Christian rock music alone was a billion-dollar a year enterprise; there were more than a hundred and fifty million Christian Web sites, and there had never been a non-Christian United States president.

But my own friends weren't poor urban believers or smug God-talking suburbanites. My own friends, at the most, read about Buddhism or practiced yoga. They tended to be cynical, hilarious, and over-educated, with years of therapy and contemporary literature behind them, and I was afraid to mention that I was slipping off to church and singing about Jesus on Sundays instead of sleeping late, cooking brunch, and reading the New York Times Book Review as I'd been raised to do. I couldn't tell them about communion, or that I had started to read the Bible I'd bought, furtively, at a used-book store. It would be years before I'd meet Paul Fromberg––a funny, profane priest who would become my closest friend. He believed that "the craziest thing about Jesus is that church life never gets in the way of feeling close to him," and would teach me about the ironies of religion. At the time, though, I had no idea that I could be pals with anyone who described himself, unabashedly, as both "a big fag" and "Jesus' man."

My social circle was shocked when I first shyly broached the subject of church. An activist lawyer I knew sputtered. "Are you kidding?" he said. He launched a litany of complaints about the Church that I'd come to hear over and over: it was the most reactionary force in the world, anti-Semitic, misogynist, homophobic....the Vatican...the Crusades...Jerry Falwell...child-molesting priests...Ralph Reed... I'd hated, during the 1980s, being expected to defend left movements or revolutionary parties, even when they were screwed up. I had no interest in defending another more fabulously corrupt institution. "It's not about the Church," I said. "It's about..."

"Good deeds?" the lawyer asked, incredulously. My desire for religion just didn't make sense to him. He worked harder than anyone I'd ever met, spending fourteen hours a day defending Haitian refugees and Muslim political detainees and the victims of war and empire. He'd listened to prisoners on Guantánamo sob as they described Christian jailers destroying the Koran; he had represented a Nicaraguan woman raped by evangelical soldiers who sang hymns as they took turns with her on a dirt floor. Whatever faith drove him forward in his vocation, it had nothing to do with the Almighty God so readily invoked at prayer breakfasts in Washington.

But the Christianity that called to me, through the stories I read in the Bible, scattered the proud and rebuked the powerful. It was a religion in which divinity was revealed by scars on flesh. It was an upside-down world in which treasure, as the prophet said, was found in darkness; the hungry were filled with good things and the rich sent out empty; in which new life was revealed through a humiliated, hungry woman and an empty, tortured man. 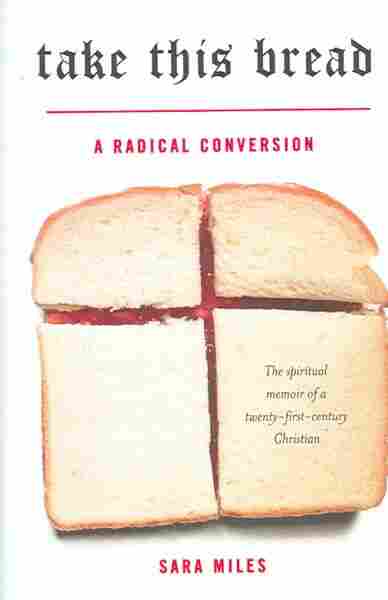