Accessibility links
Lost King Speech To Be Heard After 50 Years Martin Luther King Jr. gave the speech, about the future of integration, in January 1960 at Bethel College in Kansas. On Monday, it will be heard for the first time in half a century. The only known recording of the speech was found recently in Kansas.

Listen
Lost King Speech To Be Heard After 50 Years 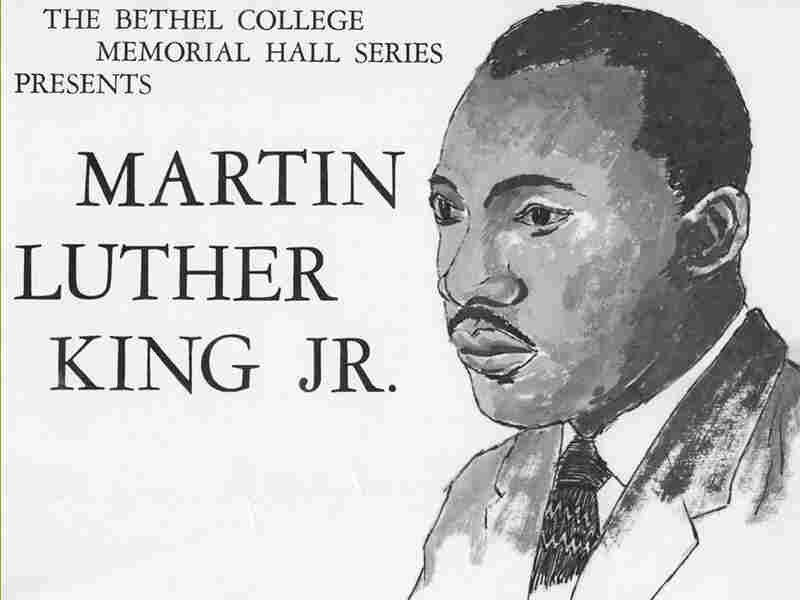 The poster used to advertise King's appearance at Bethel College on Jan. 21, 1960.

Officials at Bethel College in Newton, Kan., on Monday will play a recording of a speech by Dr. Martin Luther King Jr. that hasn't been heard in half a century.

It's the only recording of the speech that exists, and until recently, school officials thought it was lost for good.

King gave the speech, about the future of integration, at Bethel College in south-central Kansas in January 1960. Bethel officials were working on commemorating this year's 50th anniversary of that speech when they realized that they didn't have a copy.

"I asked our archivist for a copy of the transcript or the audio, and found out that we didn't have it; so I was devastated," says Bethel's Sondra Koontz.

She sent an e-mail to the school's alumni asking if anyone had a copy. Randy Harmison, a retired engineer and Bethel alumnus, responded. He had tucked the tape away for decades on his farm near Erie, Kan.

As a student at Bethel, Harmison remembers plugging his tape recorder into the public address system to record King's speech. 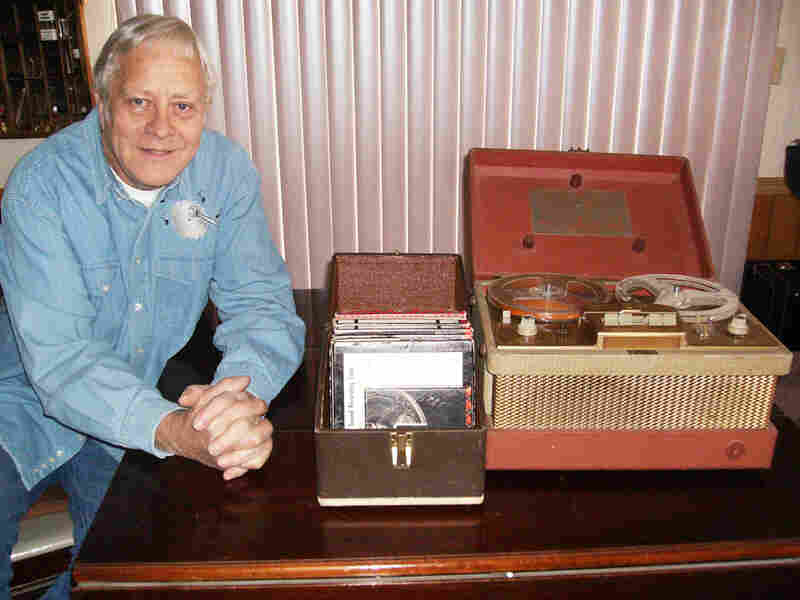 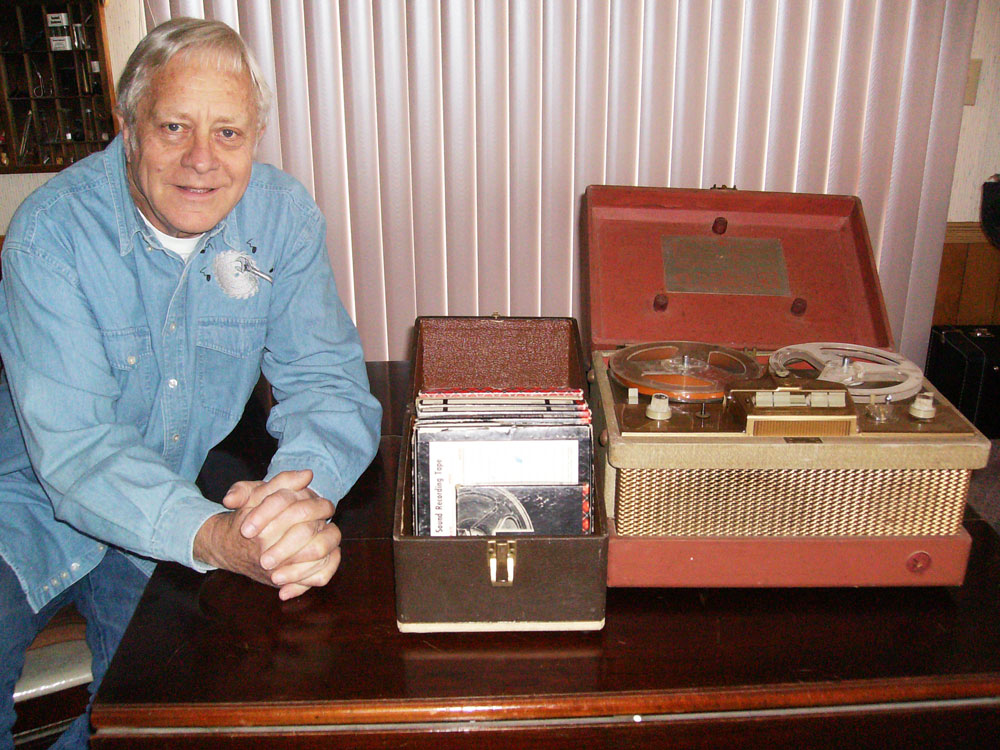 Randy Harmison with the recording equipment he used to tape King's speech at Bethel College.

"I did record several events at Bethel, but this was a big-time attraction — it was a big deal, and I thought it would be good, if not for documentation, just to have as a keepsake," Harmison says. "And no one else had thought of recording it, so I jumped right in there and did it, and I'm really glad I did."

Koontz says she was thrilled to learn that Harmison had a recording. He found the tape and mailed it to Koontz, but when she received it, it was too fragile to play. She sent it to an audio restoration company in Maryland that made a CD for the college.

"They sent it back to us," Koontz says, "[and] we realized that we had a perfect recording with Martin Luther King Jr.'s thunderous voice coming through, and it's just great!"

Duane Friesen, professor emeritus at Bethel, has used King's teachings in his classroom. He remembers listening intently from the balcony during King's speech.

"He kept repeating that we need to be maladjusted to our society; we can't accept the status quo," Friesen says. "And he repeated that over and over again. I said I remember that, being a nonconformist. He had vigor about him, energy. He carried himself with a dignity, a sense of composure."

Bethel alumni, including Harmison, will be at the commemoration Monday to hear the speech. Harmison says all he wants is a CD copy for himself.