Accessibility links
Yes You Can — See The New Obama Musical Theatergoers are packing a concert hall in Frankfurt, Germany, for a new musical about Barack Obama, but the show's creator says the production isn't just about the president. 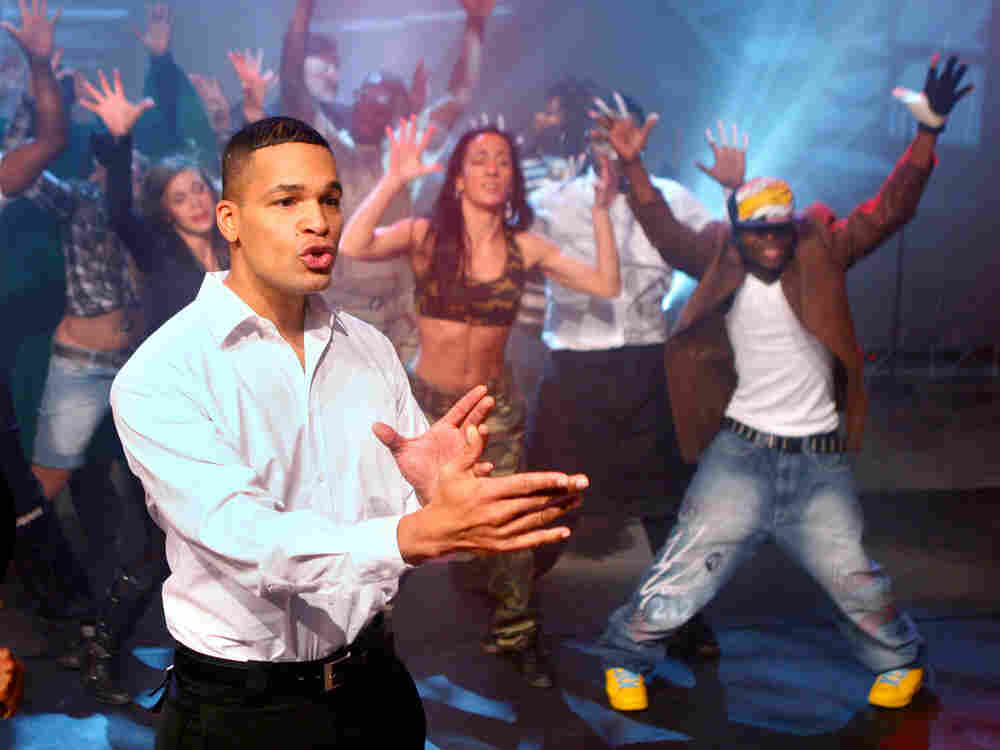 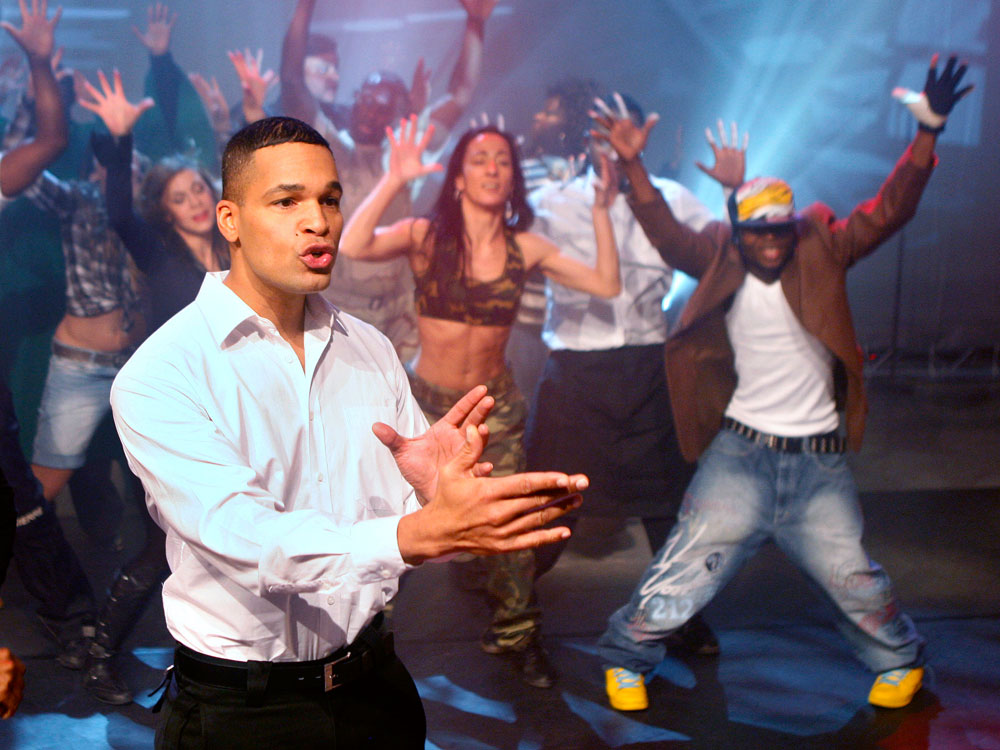 Jimmy Wilson plays Barack Obama during a rehearsal of Hope: The Obama Musical Story in Germany.

Theatergoers are packing a concert hall in Frankfurt, Germany, for a new musical about President Obama.

Hope: The Obama Musical Story uses gospel-tinged songs and a mix of English and German to tell the story of Obama's rise to power and the impact of his victory in the 2008 presidential campaign. But show creator Randall Hutchins tells host Guy Raz that the show isn't just about Barack Obama.

"It's kind of everyday people living in a Chicago community, and each one of them represents a stereotypical situation that people were having in 2008, with job loss and losing their homes and stuff," he says. "So we take a look at the election from their vantage point."

Obama's rivals also make an appearance in the show. A glowering John McCain growls, "I'll see you in November." Hillary Clinton promises to be "ready on Day 1." And Sarah Palin struts her stuff with a posse of hunky male dancers to a tune called "Soccer Mom Pit Bull." Hutchins says he made Palin a soccer mom because he was worried that a German audience wouldn't be familiar with hockey.

Hutchins says he drew his depictions of the personal life of Barack and Michelle Obama from things like Barbara Walters' interviews and articles about the first couple. He says he's not sure how the president would react to his musical alter ego. "The way this is done, it's not always flattering to him, so I don't know. He might want to punch me on some scenes, and he might want to hug me on other scenes."

Hope is being billed as an interactive musical. Hutchins says that seats in the concert hall will be fitted out with a special percussion kit invented by the show's producers. "The audience will actually play along with us during certain songs," he says. "It'll be like thousands of people sitting on these things, drumming together."

Tonight's premiere is the only performance scheduled so far, though Hutchins says he's working on setting up a tour around Germany. Would the show fly in the United States? He's not sure. Europeans may have a broader, more forgiving opinion of the president, he thinks, but back in America, people are tired of waiting for conditions to improve.

Hutchins himself is from Michigan. "I understand the fact that, my family included, people are impatient," he says. "People on the ground there are living this catastrophic situation; they're not looking at it with a global view, a worldview — they're looking at it like, 'I live in Detroit, and it sucks.' "

Hutchins says he'd hate to lose the sense of excitement and electricity that surrounded Obama's election. "I'm not a politician; I'm not a social activist or political activist; I'm a musician and songwriter," he says. "He inspired me because he inspired the people, and it's really the people that inspired me. I saw a change in America."