Accessibility links
Ringo Starr: The Drums Are Where The Soul Is For the first time in 40 years, Starr has produced his own record. The songs on Y Not were formed out of separate tracks, fleshed out by guests such as Joss Stone, Joe Walsh and his former bandmate, Paul McCartney. Starr also answers the question, "Will people still be listening to The Beatles 400 years from now?"

We met the former Beatle — really, can you be a former Beatle? — in a cramped but opulently furnished dressing room backstage at NBC's Rockefeller Center this past week. Ringo Starr was about to go on Late Night with Jimmy Fallon to promote his new album, Y Not. A lot of guest stars appear with Starr's band: Joss Stone, Joe Walsh, Dave Stewart and his Fab Four mate, Paul McCartney. On Y Not, Starr has produced a recording full of tunes that look both forward and backward. And it's the first time he produced one himself.

The Other Side of Liverpool 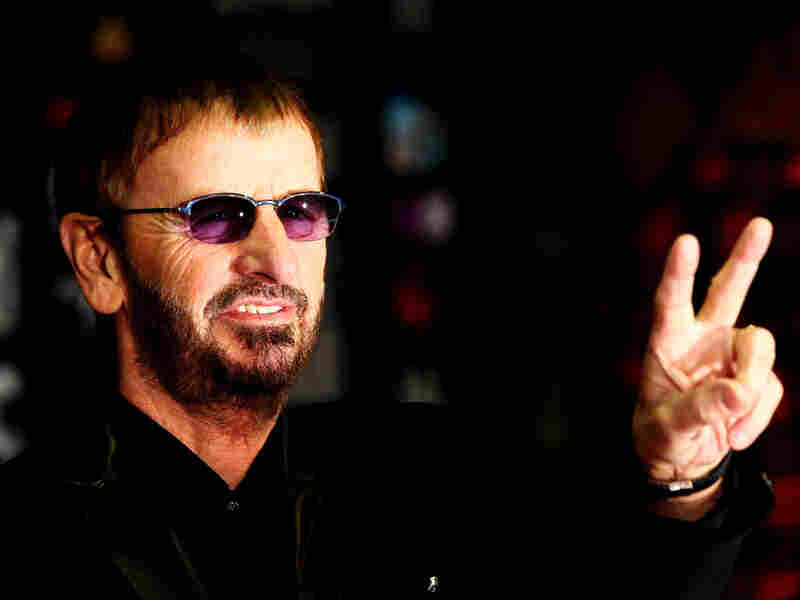 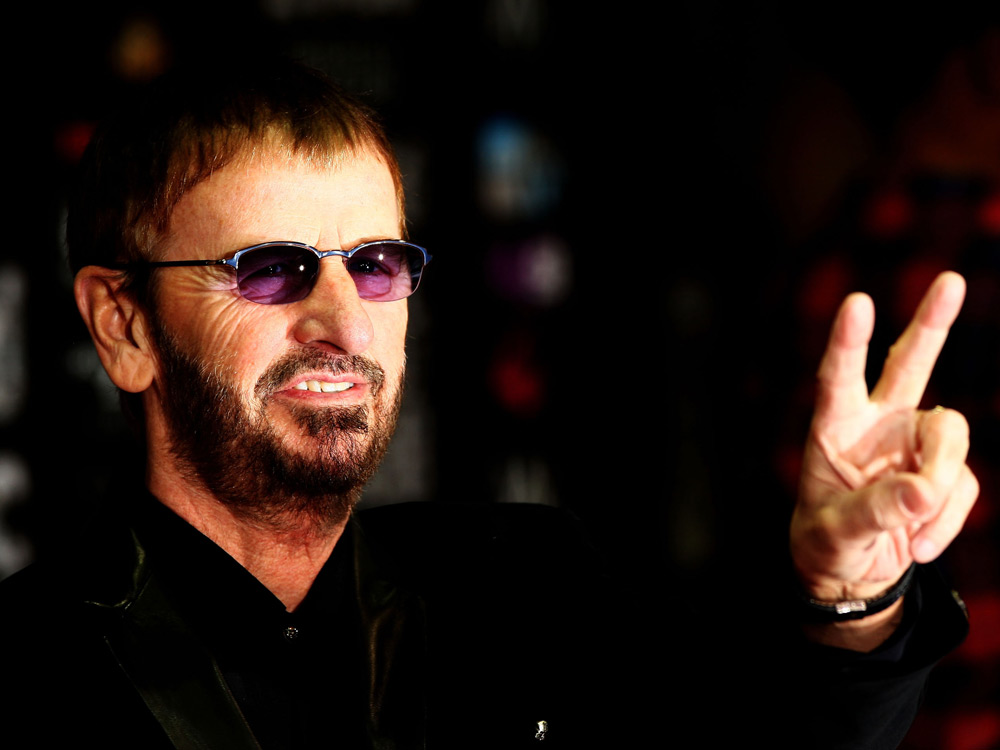 On Y Not, Ringo Starr took the producer's reigns for first time.

"It's the first time I took complete control of the reins. With this one, I had so much with it," Starr says.

In an interview, Liane Hansen recalls something that Beatles producer George Martin once told her: "Producing sometimes is as much the art of subtraction as it is the art of addition."

"I've always felt that a space is as good as a fill," Starr says. "Gaps can be very emotional."

Once A Drummer, Always A Drummer

As if to assuage any doubts about Starr's music, Y Not begins as a no-holds-barred rock album.

"I'll say it again: I love being in a band," Starr says. "I love playing with other human beings. I've never practiced drums unless there was another human being in the room. If you could play, I'd play with you all night. But if I'm just playing by myself, it gets boring pretty quick."

For Starr, the drums are the first and only instrument for him — that's where his "soul is."

Brian Epstein was a formidable part of The Beatles. According to Starr, Epstein gave him the drummer's chair when Pete Best couldn't make a gig. Epstein also helped form the famous mop-top image.

"Brian was great because he said, 'You know, I think it'd be a great idea if you don't drink and smoke and swear at the audience while you're on stage,' " Starr says.

For Y Not, nothing was written beforehand. It's built entirely out of recordings of separate tracks — synths, drums and guitars.

"We had no songs, just tracks," Starr says.

"This record — if you pass through L.A. and I knew you, you're on the record," Starr says. "That's how it worked."

One of those mates was the one and only Sir Paul McCartney. He lends vocals to the song "Walk With You."

When recording The Beatles, George Martin learned to keep the "damned tape rolling." The Beatles' members would lay down what they thought was the best take of a song, and Martin would respond, "Oh, did you want to record that, boys?"

"George was the only person who took a chance on us to make a record," Starr says. "Every other label turned us down."

Initially, Starr says, Martin wanted The Beatles to record other people's songs. And every time the band said no to a song, Martin would give it to Jerry and the Pacemakers, who ended up getting big hits.

"We were determined to only do our music — Lennon and McCartney," Starr says.

He says he has no problem mentioning his old mates in his songs: "Peace Dream" is about John Lennon, and "Y Not" features tablas, which Hansen took as an allusion to George Harrison. The latter isn't, but Starr says he likes the thought. He also uses lines from old songs like "Photograph" and "Don't Come Easy" in the lyrics to his new songs.

After getting the signal that time is up for the interview, Starr asks, "OK, what's the big question?"

Hansen floats this idea: Four-hundred years from now, will people still be listening to Mozart, Beethoven and The Beatles?

"Well, yeah, I have to agree with that," Starr says. "I do believe the music will be going down still. We made those records quite a while ago, and we keep putting the same records out because we aren't making any new ones. The kids are interested in the music of them. They're not interested in mop-tops and Beatle boots and crazy suits. It's all down to the music now — that's what they hear, and that's what they love."