Accessibility links
Trial To Start For Abortion Doctor's Alleged Killer Jurors begin hearing evidence Friday in the trial of Scott Roeder, charged with first-degree murder in the shooting of a doctor who performed abortions later in pregnancy. The Kansas man has admitted to killing Dr. George Tiller in May, but the case is far from open-and-shut. 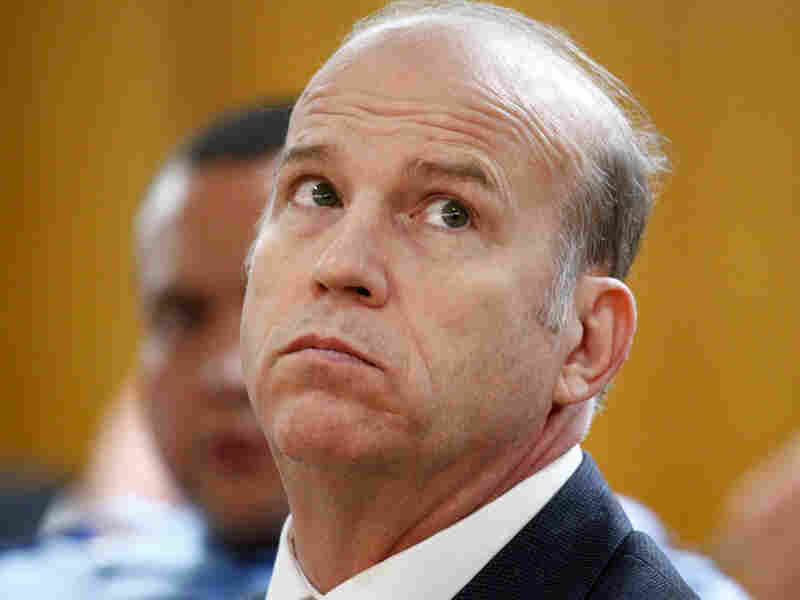 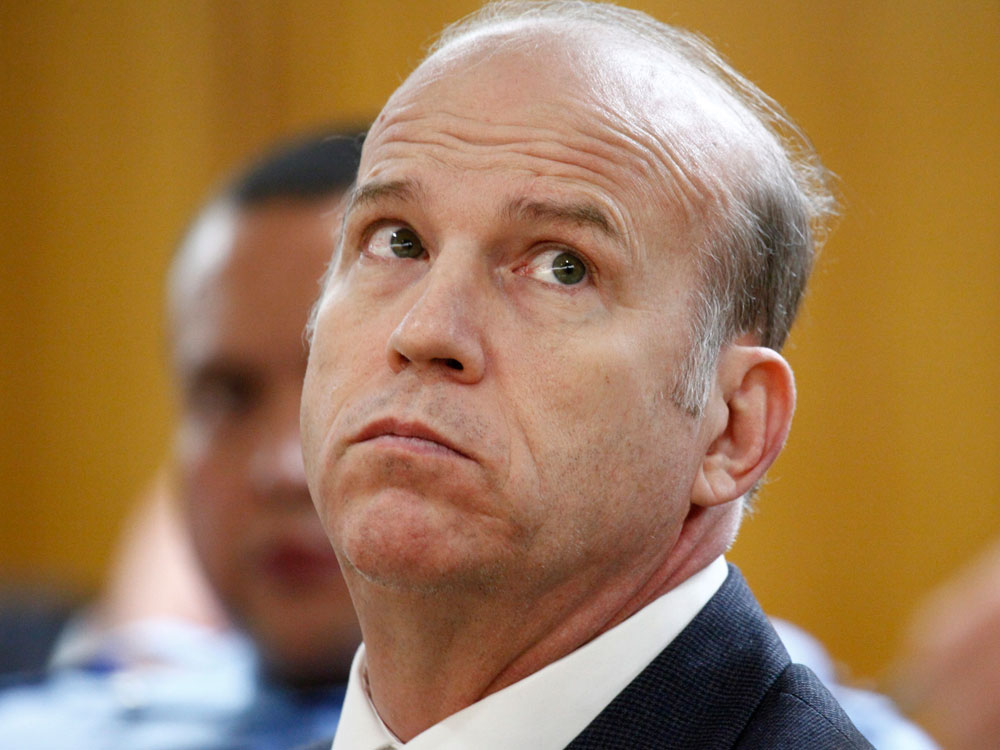 Scott Roeder, shown during his final pretrial motions earlier this month, is charged with the first-degree murder of Wichita doctor George Tiller.

Jurors begin hearing evidence Friday in the trial of a Kansas man who admitted to killing a doctor who performed abortions later in pregnancy. Scott Roeder is charged with first-degree murder in the shooting of Dr. George Tiller in May.

Roeder says he should be able to tell jurors why he committed the act — to "protect unborn babies," he says. But prosecutors say any evidence about abortion is irrelevant. They say it's an open-and-shut murder case.

Roeder allegedly drove from suburban Kansas City to George Tiller's church in Wichita, where he pulled out a gun and shot Tiller in the head. Many witnesses saw the shooting, and Roeder has admitted he did it. But the case may not be so simple.

Judge Warren Wilbert ruled that Roeder cannot use a so-called justifiable homicide or necessity defense. But the judge did not rule out evidence that could lead to a lesser voluntary manslaughter charge.

According to Kansas law, that's the "unreasonable but honest belief" that deadly force was justified.

What did seem very straightforward at the outset seems less so now, according to Carl Tobias, a law professor at the University of Richmond in Virginia.

"The judge said he would entertain the evidence that defendants would introduce on a witness-by-witness, case-by-case basis. But that makes it very unpredictable — exactly what evidence will be proffered and what the judge will accept and allow the jury to hear," Tobias says.

Prosecutors argue that evidence regarding Roeder's views on abortion and his view of Tiller should be excluded from the trial. They say this is a case of premeditated murder.

Prosecutors and defense attorneys declined to be interviewed before the trial. But some watching the case say Roeder has a right to present his defense, and that means abortion will be an issue.

"It's the 500-pound gorilla, you know — nobody wants to talk about it," says Michael Hirsh, an anti-abortion attorney. "But the fact is that if it wasn't for abortion, then, frankly, George Tiller wouldn't be dead right now. But the corollary of that is dozens of babies wouldn't be alive."

Many anti-abortion groups have condemned the killing, including Operation Rescue, a group that moved its headquarters to Wichita, Kan., in 2002 to try to shut down Tiller's clinic. Troy Newman, the group's president, says the trial will have little impact on the movement or efforts to end abortion.

But other abortion opponents do see the trial as a rallying point.

"It's very important because it shows that unborn babies deserve protection," says Donald Spitz of Pro-Life Virginia. Spitz runs a Web site for Army of God, an anti-abortion organization that considers Roeder a hero.

Spitz acknowledges it's possible others could take violent action against doctors and clinics — and that's what worries those who support abortion rights.

"Our fear, of course, is that it's going to embolden anti-abortion extremists to think that this is somehow a legitimate basis for use of deadly force," says Kathy Spillar of the Feminist Majority Foundation.

Abortion-rights groups have asked the Justice Department to put law enforcement on alert in areas surrounding Wichita, and on routes they say extremists may take to get to the trial.

"Coming to Wichita, we will have the who's who in the extreme wing of the anti-abortion movement," according to Vicki Saporta of the National Abortion Federation.

Saporta says it's important that the case proceed as a first-degree murder trial and that Roeder gets convicted and goes to prison for the rest of his life.

"That will help serve as a deterrent for others who might want to follow in his footsteps and do harm to another abortion provider," Saporta says.

The judge has warned that the trial will not be a debate over abortion. But abortion-rights activists fear allowing evidence that could lead to a lesser voluntary manslaughter charge, which carries a shorter sentence, will only create more tension over an issue that has bitterly divided Americans.