Accessibility links
New Anti-Smog Restrictions Could Warm Planet The Environmental Protection Agency has proposed tightening the standard for smog to protect human health. The result would be cleaner urban air. But because of a quirk of atmospheric chemistry, the pollution control measures could contribute to global warming. 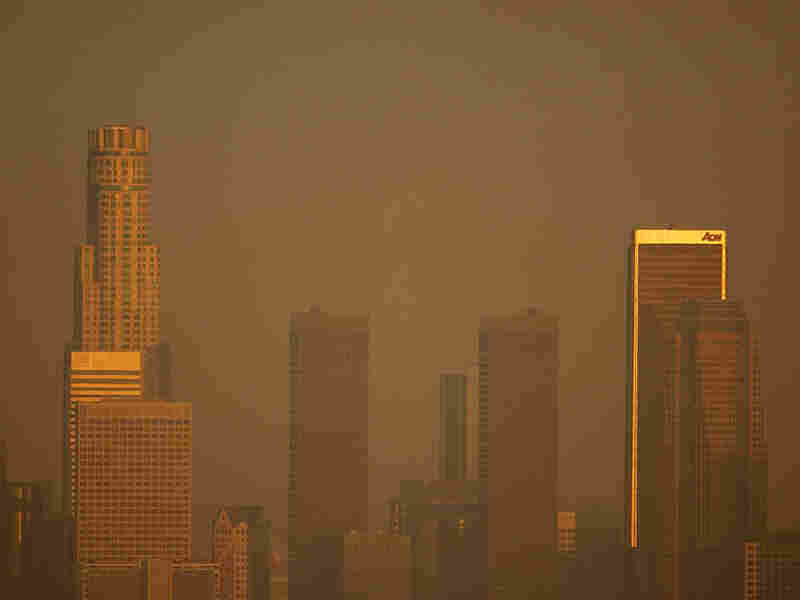 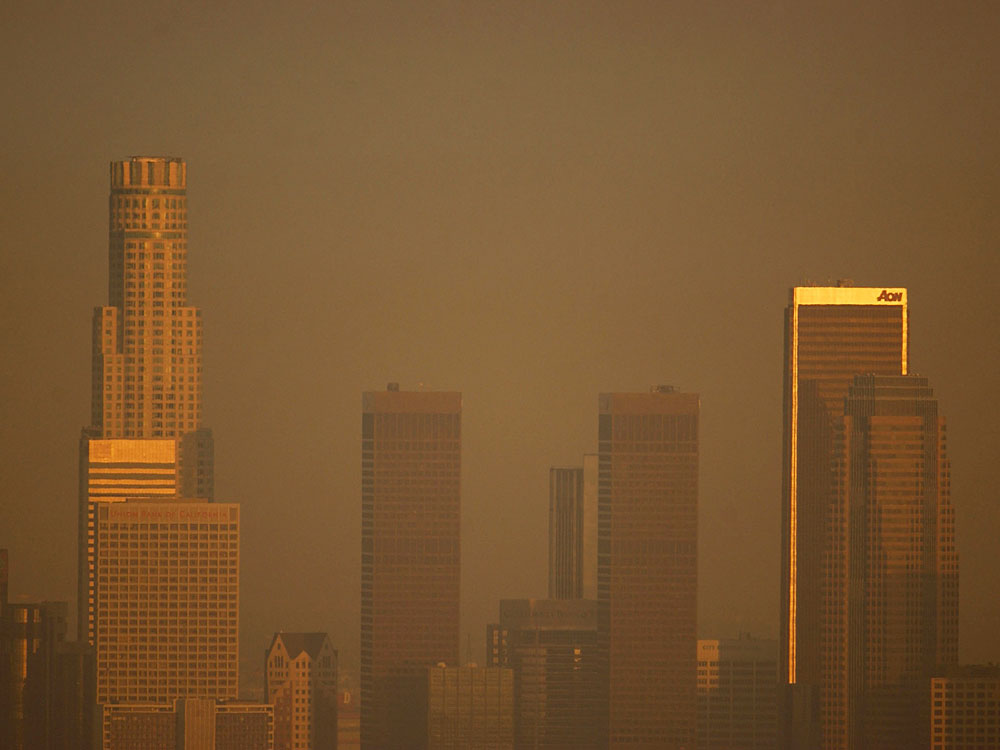 The Environmental Protection Agency's proposal to tighten the ozone standard for smog will have an unfortunate side effect: Because of a quirk of atmospheric chemistry, those measures will hasten global warming.

There's no question that smog is a hazard that deserves attention. Lydia Wegman of the EPA says the new ozone limits would have significant health benefits.

Less smog means fewer asthma attacks, fewer kids in the hospital, fewer days of lost school, "and we also believe that we can reduce the risk of early death in people with heart and lung disease," she says.

Here's the tough part: The way many states and localities will reduce smog is by cracking down on the chemicals that produce ozone. And those include nitrogen oxides, or NOx.

But Jason West at the University of North Carolina in Chapel Hill says that when you reduce NOx, you don't just reduce ozone; you change the chemistry of the atmosphere in such a way that you end up increasing the amount of methane in the air. And methane is a potent gas when it comes to global warming.

In fact, you could make warming a lot worse. If you got rid of all NOx and a related sulfur compound, that action alone would be enough to increase the Earth's temperature by 2 degrees Celsius — and that's in the danger zone for the climate, according to many scientists and governments.

U.S. pollution control laws are moving us gradually in that direction. The EPA estimates that by 2020, when the ozone standard will start to make a real difference in air quality, the result would be the reduction of 4.3 million tons of NOx per year — a reduction in emissions of 33 to 40 percent.

"Europe's in very much the same situation we are," West says. "They're trying to control their ozone as well. So if they reduce their NOx and we reduce our NOx, suddenly we're talking about big numbers."

But Drew Shindell at NASA's Goddard Institute in New York City cringes at the thought of simply leaving NOx in the atmosphere to counteract global warming.

"I would have trouble with the ethics of ever saying people should be choking where these are being emitted because of the sake of global climate," he says.

Shindell argues that what's needed is a more holistic approach to the intimately linked problems of climate change and air quality. "I think we need to have policies which try to take into account both air quality and climate change. And traditionally, these have been entirely separate," he says.

In the case of smog, there's actually a fairly easy way to deal with this. West says it's true that reducing NOx will put more methane into the air, but it's not too hard to prevent emissions of methane from sources like coal mines or leaky gas pipelines.

"Reducing methane emissions looks like a pretty promising way," he says. "We know we can get some of those emissions reduced even at a cost savings. And we know it's good for climate and it's good for air quality."

To make the story even a little more twisted, methane actually reacts in the air to make ozone. The net result, then, is less ozone in urban areas, where it's worse, but a little bit more ozone spread around the world.

Unfortunately, unlike smog, which is a local problem and can be addressed with local measures, methane is a global pollutant. So the usual way of attacking air pollution, with local efforts, simply won't do the trick.

"If Los Angeles, for example, wanted to control its own methane, it would find that it would really have no effect" on air quality, says West.

So eventually, dealing with local air pollution will require global action. Lydia Wegman at the EPA says her agency is starting to move in that direction.

"We definitely think that integrating air quality and climate concerns is the best way to go," she says. And in fact, that idea is being considered in the next review of smog standards, which is now getting under way.

Investigate The Effects Of Climate Change At The Goddard Institute For Space Studies.
Explore How Ground-Level Ozone Affects Your Health.