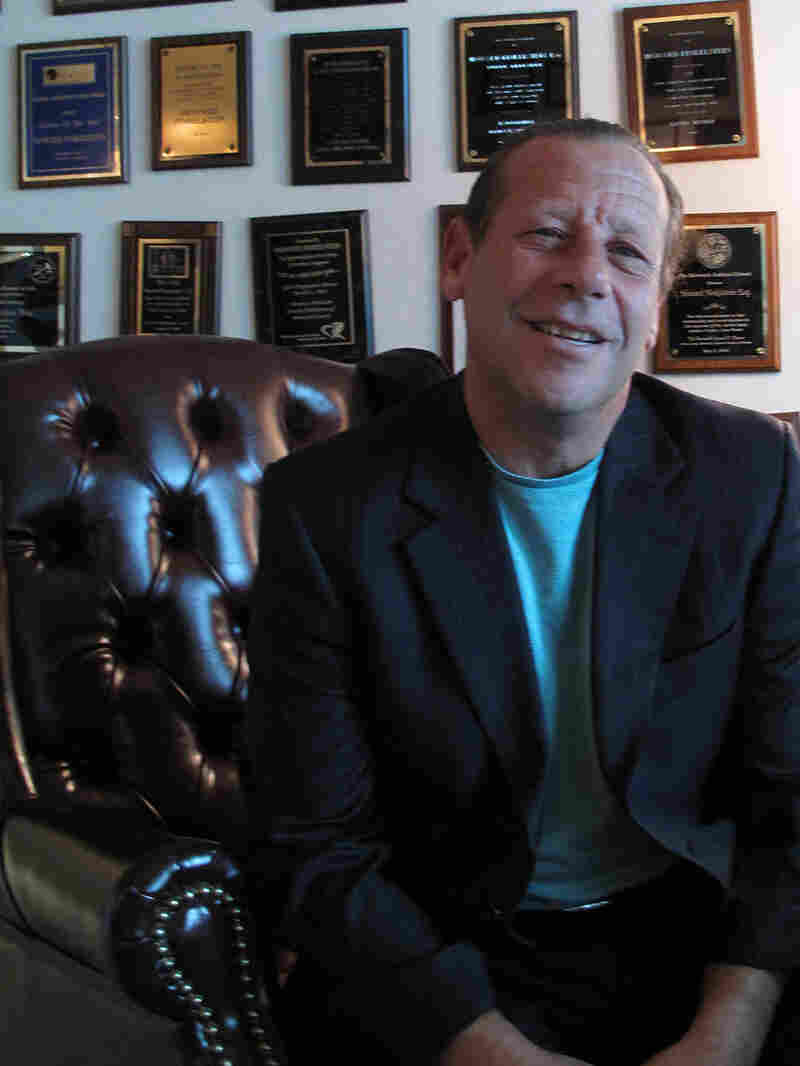 Broward County Public Defender Howard Finkelstein says he is already feeling the brunt of the county's cutbacks to its pretrial release program. Every day, he says, he has to meet with more and more of his clients behind bars. Laura Sullivan/NPR hide caption

In Broward County, Fla., it's generally Judge John Hurley's job to look through arrest reports and make sure he keeps the dangerous people in jail and let the people who are not dangerous out.

To do that, he has basically three choices. He can release defendants on their own recognizance, which he does for small crimes like driving with a suspended license. Or he can grant them bail. Many won't be able to afford the bail Hurley sets, so they will pay a bail bondsman a nonrefundable fee — usually about 10 percent — to do it for them.

And then there's the third option: pretrial release, a county-funded program that gets people out of jail and keeps tabs on them using things like ankle bracelets, phone calls or drug testing. It used to be one of Hurley's favorite options. But these days, he doesn't get to use it very often.

Just how bail bonding became political in Broward has sent shock waves through pretrial programs across the country. Here in Broward, bondsmen pushed hard for a new county ordinance that now limits the pretrial program.

Now industry experts say powerful bail lobbying groups have begun using Broward as a road map of how to squash similar programs elsewhere, even though public records show the programs have saved taxpayers millions of dollars.

Here in Broward, the once-thriving pretrial release program now operates out of barren offices across from the courthouse. Pretrial officers like Bret Gibson monitor their few clients by tracking their whereabouts through GPS, ankle bracelets and electronic monitoring.

Gibson watches a map on his screen, monitoring the whereabouts of a woman who was four minutes late getting home. The woman texts Gibson that she's now in the house, which the computer is confirming is in fact true.

For this woman, and many others like her charged with petty offenses, this program is the difference between spending months in jail waiting for a court date and being able to save her job, pay her bills, keep her home and see her family.

For the county, this program — or at least the way it used to be — means something else: saving a lot of money. Broward's pretrial program costs about $7 a day per inmate. Jail costs $115 a day, says Kristina Gulick, who runs the pretrial program.

A Bail Alternative That Lowered Jail Numbers In Broward County

After a steady increase in Broward County's jail inmate population, the average population started to decline in 2007. That's the same year that commissioners doubled funding for Broward's pretrial release program. Experts tell NPR that the impact of the same commissioners' decision to gut the program last January will not be seen on inmate population numbers until this year.

"It costs a quarter of every county tax dollar to run our jail system in Broward County," Gulick says. "It's the largest single expense to any county taxpayer."

Program A Success, But Not For Bondsmen

But it wasn't just the money that made the program valuable. Three years ago, the Broward County jail was so full, a judge called the conditions unconstitutional.

Instead of building a new $70 million jail as they had proposed, county commissioners voted to expand pretrial release, letting more inmates out on supervised release. Within a year, the jail population plunged, so much so that the sheriff closed an entire wing. It saved taxpayers $20 million a year.

And, according to court records, the defendants were still showing up for court.

The ordinance strictly limits who can qualify for pretrial release and cuts the program back by several hundred defendants, officials say.

"I don't know if what happened was illegal or unethical," says Finkelstein. "I can tell you it stinks all the way to the rafters." 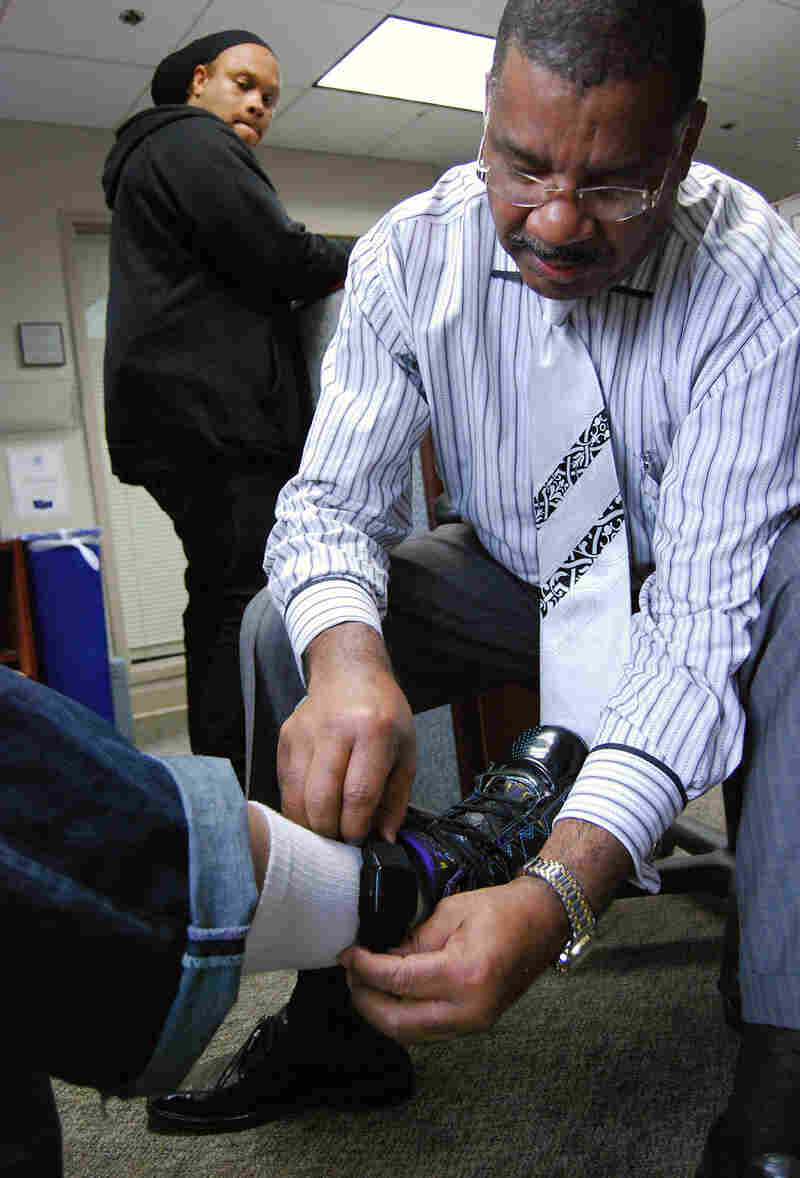 Who, they wondered, could possibly be against this program? It turns out, in Broward County, 135 people — more precisely, 135 bail bondsmen — who had them completely outmatched.

The Bail Bonds Lobby At Work

Bondsmen Wayne Spath makes no apologies for leading the charge against pretrial.

'We're tenacious; we do our job," Spath says. "People should not just be released from jail and get a free ride. I mean, this is the way the system's got to work."

Spath argues that pretrial release costs taxpayers too much money. And, he says, it was hurting his business.

So he and the other bondsmen did what any self-respecting private business group would do: They hired a lobbyist, Rob Book.

"To be perfectly arrogant about it, I'm considered if not the best, [then] one of the best in the state," says Book. He has been lobbying for bondsmen in Florida for more than a decade.

In this case, he quickly went to work.

According to campaign records, Book, Spath and the rest of Broward's bondsmen spread almost $23,000 across the council in the year before the bill was passed. Fifteen bondsmen cut checks worth more than $5,000 to commissioner and now-county Mayor Ken Keechl just five days before the vote.

Keechl and several other commissioners declined NPR's repeated requests for an interview. At the meeting last January, they said they were concerned that Broward's pretrial program cost more than other counties' programs, and they vigorously denied that campaign contributions played any role. 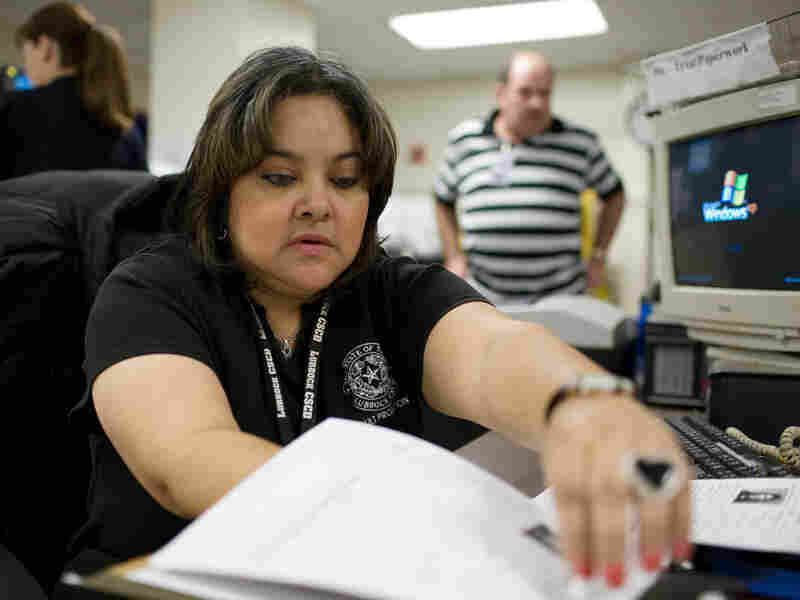 If an inmate has not been bailed out of jail within three days after arrest, Sylvia Urrutia, an officer working with the pretrial release program in Lubbock, Texas, contacts the inmate to see if he is eligible for the program. Katie Hayes for NPR hide caption 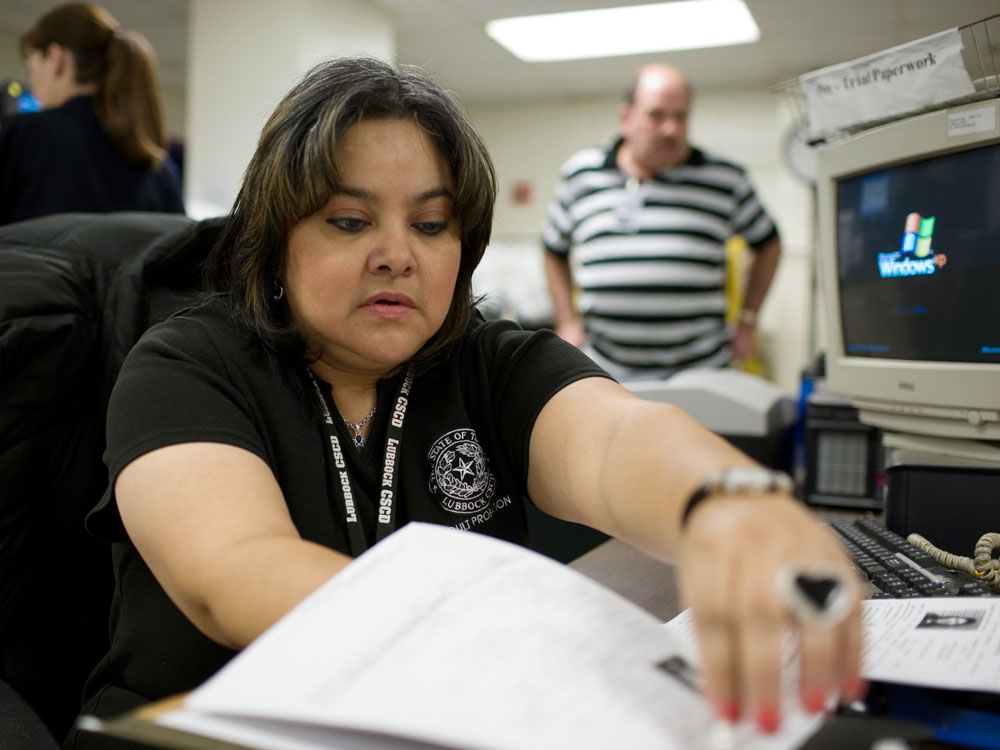 If an inmate has not been bailed out of jail within three days after arrest, Sylvia Urrutia, an officer working with the pretrial release program in Lubbock, Texas, contacts the inmate to see if he is eligible for the program.

Book had his work cut out for him. Broward's own county attorney wrote a memo warning commissioners that cutting back pretrial could be unconstitutional. But Book worked behind the scenes.

Book says he does not see a conflict of interest.

"I have never tried to mislead the public on the issue," Book says. "The truth is I have a client, the bail bondsmen. The truth is my client is an alternative to pretrial release. The fact of the matter is my clients are held accountable. I've never been more right from a public perspective than I am on this issue."

"Don't pee on me and tell me it's raining," Finkelstein says.

Finkelstein is feeling the brunt of the cutbacks. He says every day he has to meet with more and more of his clients behind bars — clients who might once have been candidates for pretrial release. Now hundreds are stuck in jail, he says, because the bondsmen are hoping they'll find the money to become paying customers.

Finkelstein says it's true that pretrial release costs taxpayers money. But he says it costs millions more to leave thousands of indigent defendants in jail because they can't afford a bondsman's fees.

"Don't tell me that you're doing this for the good of the people," Finkelstein says. "You're doing it for your own good, and that's fine, but then you shouldn't have a seat at the table when public policy is made."

In recent years, that seat at the table has grown larger, not just in Broward but nationwide.

Bondsmen have lobbied to cut back local pretrial programs from Texas to California, pushed for legislation in four states limiting pretrial's resources, and lobbied Congress so that they won't have to pay the bond if the defendant commits a new crime.

Behind them, the bondsmen have powerful special interest group and millions of dollars. Pretrial release agencies have a smattering of public employees and the remnants of their once-thriving programs.