Accessibility links
Folk Singer Kate McGarrigle Dies At 63 The composer and singer died Monday night at her home in Montreal after a nearly three-year battle with cancer. She was 63. The mother of Rufus and Martha Wainwright, and frequent collaborator with sister Anna McGarrigle, was at one time married to singer-songwriter Loudon Wainwright III.

Read a remembrance by Noah Adams and hear the song "Talk to Me of Mendocino." 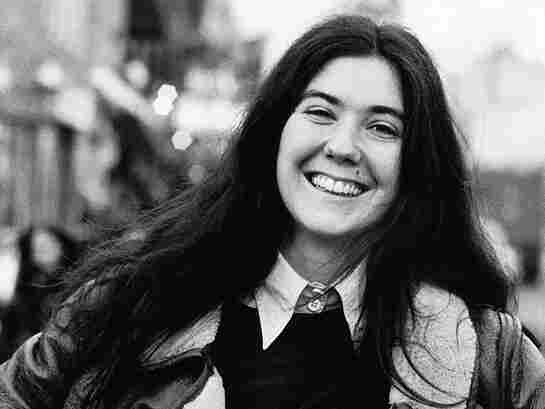 Kate McGarrigle came from one of those rare families that actually sing at home. Courtesy of the artist hide caption 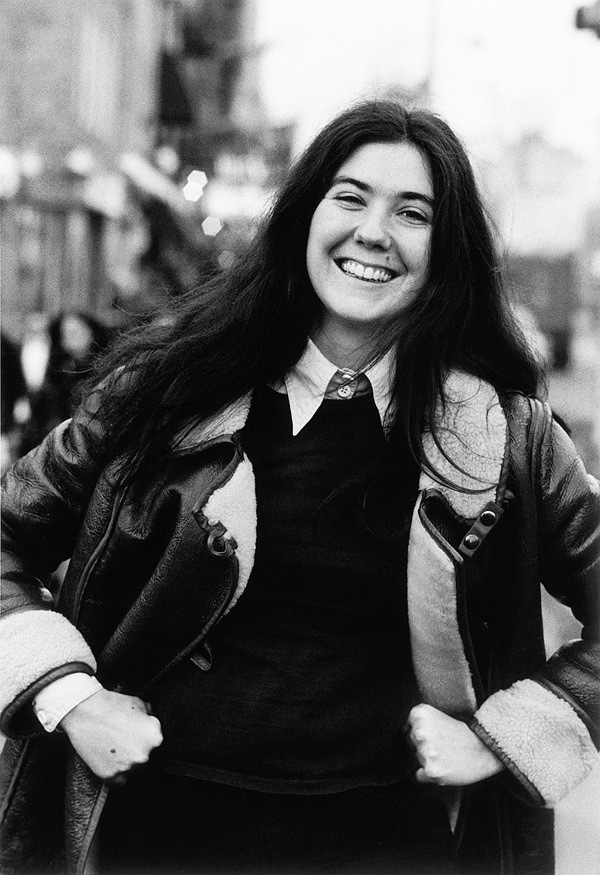 Kate McGarrigle came from one of those rare families that actually sing at home.

You might remember her as one half of the McGarrigle Sisters, or you might know her as the mother of two more contemporary musicians, Martha and Rufus Wainwright. Canadian folk icon Kate McGarrigle died Monday of cancer at her home in Montreal. She was 63.

Kate McGarrigle came from one of those rare families that actually sing at home. The French-Canadian sisters with the distinctive last name tapped into a deep vein of folk music running north up the range of the Appalachians past the New Brunswick-Quebec border.

Kate McGarrigle drew on the drama of the natural environment in her music, but also on the drama of family life. She and her sister Anna left the Montreal folk scene after Kate met and married Loudon Wainwright III. He inspired some of the songs on the sisters' self-titled debut album — including the one about when he left, "Go Leave."

"They're just so honest, so frank. There's a kind of candor in their songs," says Sarah Liss, arts producer for the Canadian Broadcasting Corp.

Like a lot of younger Canadians, Liss really got to know Kate McGarrigle through the music of her two children, Martha and Rufus Wainwright.

"Their love and their admiration for their mother — it is so tremendous and so profound," Liss says.

Mothering was far more important to Kate McGarrigle than a musical career. The story goes that she once blew off an important concert promoter to take her kids to a puppet show. For the McGarrigle sisters, music was the antithesis of business. Even though Melody Maker magazine called their debut the best album of 1976, Kate McGarrigle ultimately produced less than a dozen records. Still, she inspired her kids to make music about her, Liss says, like "In the Middle of the Night" by Martha Wainwright.

"It's a big, swooping song with huge dramatic riffs and caterwauling vocals," Liss says. "It's a song about her mother's struggle with cancer."

Martha frequently performed with her mother, as did Rufus Wainwright. Here's how he described singing with her in an interview Tuesday:

"Formidable," he says. "It was always very professional, even when we were 4."

"We got to sing a lot of songs, and she really responded," Wainwright says. "Some of them she liked, some she didn't."

You could tell how deeply music was ingrained in his mother's life, he says, by how it reached into her hazy state, grabbed her soul and gave her joy.

Talk to Me of Mendocino

A couple of decades back, I got a chance to work with Kate and Anna McGarrigle on Good Evening, a radio program in St. Paul, Minn. We just called them up, offered union scale for payment (plus plane fare and nice hotel rooms), good food and a fun show. Kate and Anna arrived on the Friday before the Saturday broadcast. 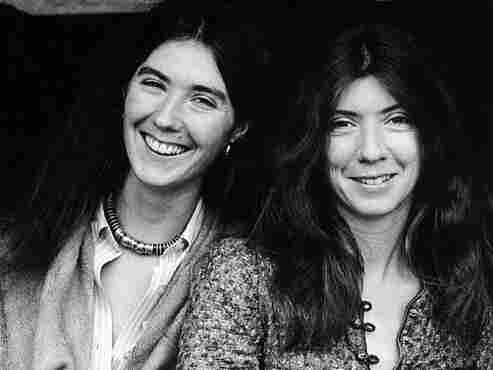 Even though Kate McGarrigle (left) and her sister Anna were always fun and unpredictable in concert, their harmonies were what made them memorable. courtesy of the artist hide caption

At rehearsal, I came finally to understand sibling harmony. We'd told Kate and Anna they could sing anything they wanted ,as long as they did "Talk to Me of Mendocino." I'd been to the Northern California town once and found it enchanting, but I loved the song even more. Kate sat at our Steinway D and played the opening, singing, "I bid farewell to the state of old New York." After Kate's opening, Anna leaned into the mic and joined her sister for the chorus: "Talk to me of Mendocino / Closing my eyes I hear the sea / Must I wait / Must I follow / Won't you say come with me."

When Anna created the harmony of the chorus, I started to cry. Just those notes — "talk to me." I cried standing offstage during the broadcast, along with many in the audience. I still cry a bit when I hear the song.

Anna and Kate were funny in performance. They would make it all seem like something they barely knew how to do. On another show, they disappeared just before airtime. We couldn't find them. They'd left the theater and gone shopping!