Accessibility links
U.S. Speedskating Finds Savior In Stephen Colbert After the team lost a major corporate backer, The Colbert Report host asked his Nation to step up. So far, his fans have contributed more than $300,000. But his sponsorship has its critics. And he has challenged one of them to a race. 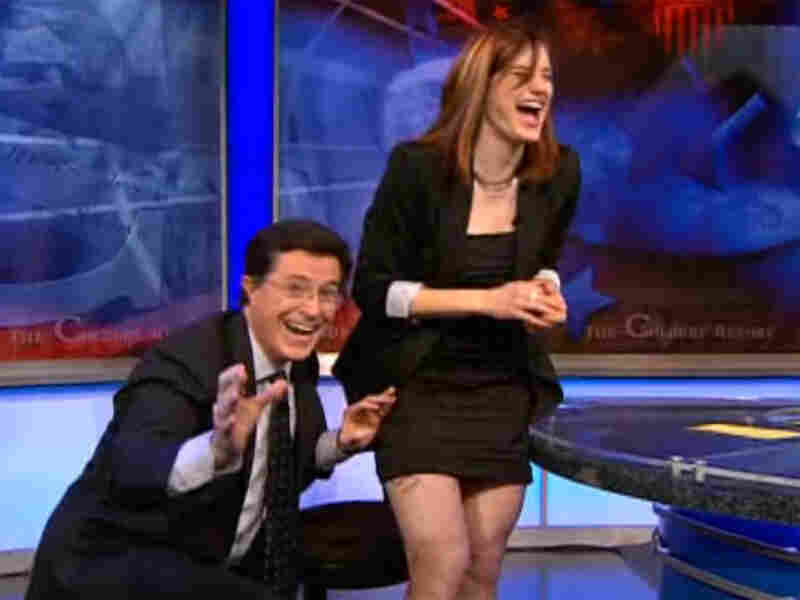 The funniest and least likely sponsorship in Olympic sports has U.S. Speedskating paired with comic Stephen Colbert. And the resulting mix of comedy and competition have raised eyebrows — and money.

The host of Comedy Central's The Colbert Report stepped in as a U.S. Speedskating sponsor in November after the speedskaters lost a major corporate backer — a bank that went bankrupt.

Colbert To The Rescue

Dutch Bank DSB had a four-year sponsorship arrangement worth $300,000 a year. Speedskating is a national sport in the Netherlands, so even the speedskaters in other countries are valued. But DSB went bankrupt in October — just as the big push for next month's Olympics began.

"Our budget would have had to been cut in a number of key areas," says U.S. Speedskating CEO Bob Crowley.

Then came a surprise phone call from New York, a sprint to the airport, and the Nov. 2 taping of The Colbert Report. Crowley presented Colbert with sponsorship agreement papers and the Comedy Central star signed them on the spot, as the audience cheered "USA! USA! USA!"

"This has been a lifesaver, literally," Crowley says.

Colbert was not available for an interview for this story so it's unclear why he joined the U.S. Speedskating cause. And he didn't put up any of his own money. Instead, he asked his viewers to go to his Web site and pledge support to U.S. Speedskating.

"We've got to step up and make sure it is America's 38-inch thighs on that medal platform!" Colbert shouted to his audience.

Colbert ripped into Summer Olympics swimming sensation Michael Phelps. "How easy is it to swim through water?" Colbert asked. Turning to Reutter, he added. "You run on top of water with samurai swords strapped to your feet."

Reutter is a serious, hard-training skater, who can describe in exquisite detail the technical, physical and psychological challenges of her sport. 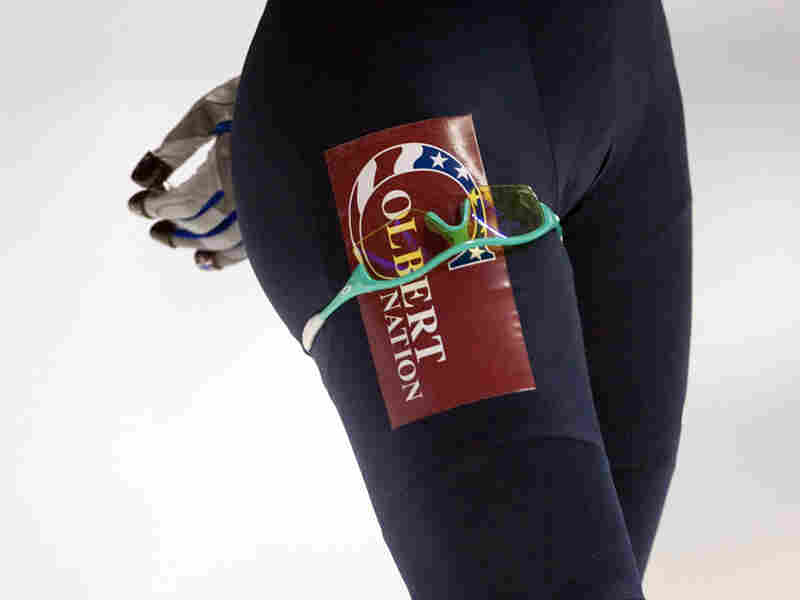 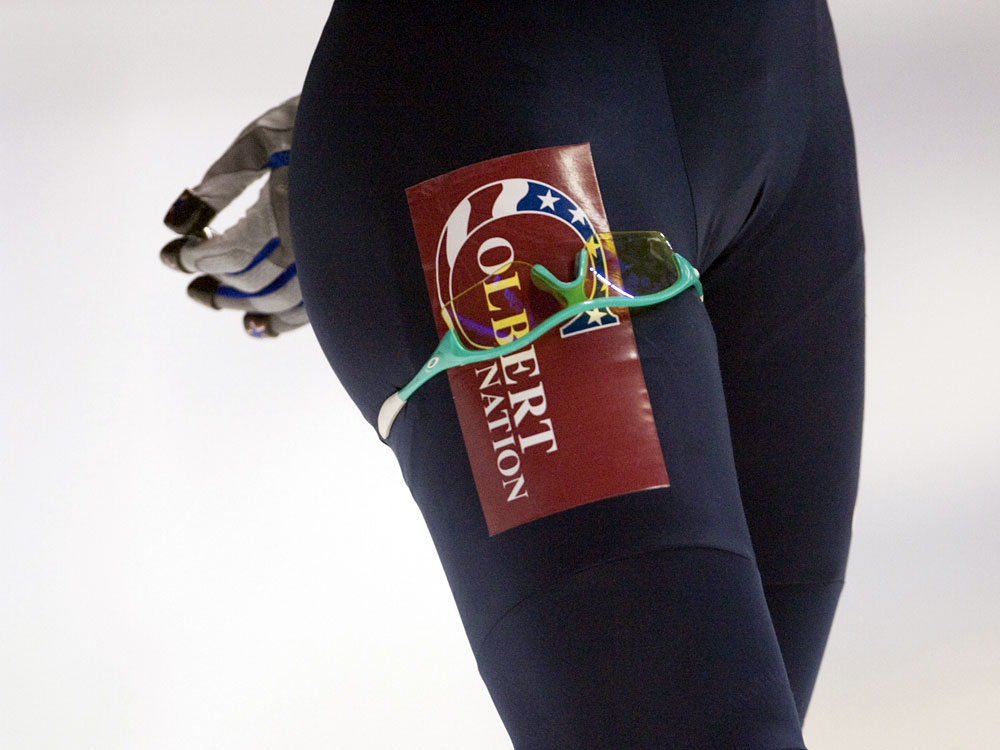 "I always want to present myself as a poised athlete," she says. "Someone who is intelligent and hard-working, and I want for people to relate to me in that way."

Colbert did ask Reutter about her training regimen, and then she asked him to sign his name on her "billboard thighs," as she freely calls them. Stunts like that make some wonder whether skaters lose their dignity with the Colbert connection. Long track star Shani Davis called Colbert a jerk.

"You gotta be wary of people who might make these sports shticky," says Tripp Mickle, the Olympic writer for the Sports Business Journal. "And make them too much about a joke and not about what they really are."

In fact, when Sports Illustrated put a speedskater on its cover, it wasn't Team USA's Katherine Reutter. It was Stephen Colbert, head-to-toe in a skintight Team USA racing suit. But Mickle believes Colbert has not crossed the line, so far, and Reutter agrees.

"At the very beginning, we were all a little worried that maybe he'd poke fun at us," Reutter says. "We didn't want our life dream to be something that got poked fun at on Comedy Central. But that has never happened. I feel that I have more support and more people believe in me because of this show."

The sponsorship has had its challenges. At first, Colbert wanted his face on those billboard thighs — but given their varied dimensions and the flexed material, he'd have cheeks stretched wide like Silly Putty. So he went for the Colbert Nation logo instead.

Then there was the nasty dis from Davis.

"I challenge you [Davis] to a speedskating race," Colbert announced on the show the night Reutter was a guest. "If I win, I get your spot on the U.S. Olympic team. But if you win, you get an autographed copy of my Sports Illustrated cover."

Colbert and Davis did race, and the results are shown on two shows this week.

As for the giving nature of the Colbert Nation: 9,760 Colbert viewers have contributed more than $300,000 so far, according to U.S. Speedskating. That more than makes up for the sponsorship of the bankrupt bank.

But the Colbert sponsorship is a one-time-only deal. U.S. Speedskating now has to find a "real" sponsor offering a long-term commitment. The exposure provided by The Colbert Report, however, could make that task easier.