Accessibility links
Officials Take Blame For Christmas Day Security Gaps In hearings on Capitol Hill on Wednesday, Obama administration officials accepted blame for intelligence failures leading to the attempted attack on a Detroit-bound plane. Republicans questioned why the suspect is being tried in federal, rather than military, courts. 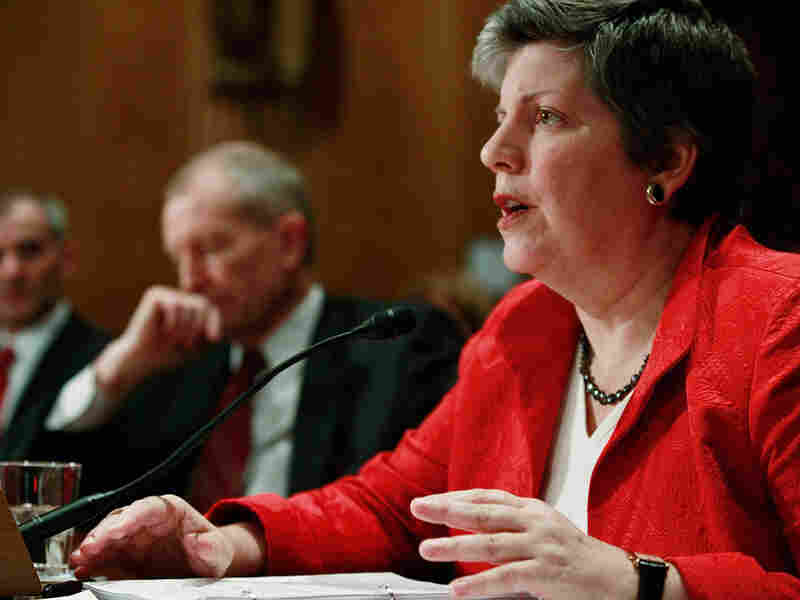 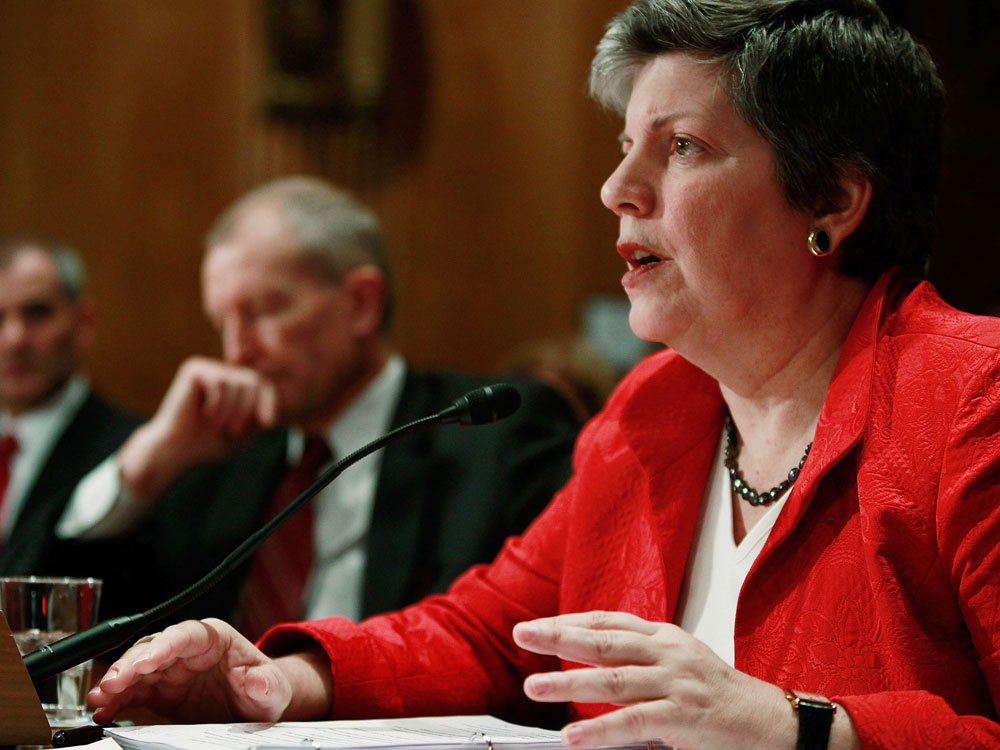 The attempted bombing of an airliner on Christmas Day and the lessons learned from it were the subjects of no fewer than four hearings on Capitol Hill on Wednesday.

A "who's who" of Obama administration national security officials paraded to the Capitol to answer questions about how suspect Umar Farouk Abdulmutallab was able to board Northwest Flight 253 on Christmas Day.

Michael Leiter, head of the National Counterterrorism Center, told the Senate Homeland Security Committee that Abdulmutallab should not have been allowed to step onto a plane on Christmas Day.

"The counterterrorism system collectively failed, and I, along with director Blair and Secretary Napolitano and others, want to tell you and the American people the same thing we told the president: that we have to do better," Leiter said.

As for how the system failed, there was much talk about lists — why Abdulmutallab's name appeared on some but not others.

One reason, State Department official Patrick Kennedy told the Senate Judiciary Committee, was because someone misspelled the suspect's name after his father reported concerns about his son to the U.S. Embassy. As a result, the concerns were not added to Abdulmutallab's visa information.

Kennedy said the State Department now has a version of spell-check software available to check names after visas are granted.

Republicans pressed officials on why Abdulmutallab is being tried and prosecuted by civilians as a criminal rather than by the military as an enemy combatant. Many GOP senators believe Abdulmutallab would have spilled a lot more information about his possible contacts before military interrogators.

FBI Director Robert Mueller told the Judiciary Committee that it was a decision made on the fly, by FBI agents on the ground in Detroit.

"In this particular case, in fast-moving events, decisions were made appropriately, I believe very appropriately, given the situation," Mueller said.

That explanation didn't sit well with Alabama's Jeff Sessions, the senior Republican on the panel. Sessions said he didn't think decisions were made appropriately at all. As a result, he said, a chance at gaining more intelligence may have been lost.

"We don't know what that individual learned when he was working with al-Qaida," Sessions said, "and we may never know because he's got a lawyer [who's] telling him to be quiet."

At the Homeland Security committee, Director of National Intelligence Dennis Blair seemed to agree with Republicans. Blair testified that he was never consulted about how Abdulmutallab should be interrogated. He said a special interrogation group for high-value suspects, the "High-Value Detainee Interrogation Group," or HIG, was not convened, in part because it was designed for suspects arrested overseas.

"We did not invoke the HIG in this case; we should have," Blair said.

And now the administration has a new problem on its hands: finding a new nominee to head the Transportation Security Administration. The nomination of Erroll Southers had been blocked by Republican Sen. Jim DeMint, who argued that Southers wanted to allow TSA screeners to collectively bargain for a labor agreement. Southers said he was tired of being in limbo, so he decided to resign.

"My family and I have endured quite a bit of unexpected turbulence here as it related to what we consider to be non-issues regarding my expertise and experience, and quite frankly it was just time to move on," Southers said.

He said the TSA needs a leader now. There's no indication yet of whom the administration is looking at to fill that role.