Accessibility links
Conflict, Marital And Military, In 'Small Wars' Martha Woodroof reviews the new novel by Sadie Jones, the author of The Outcast. Small Wars is about the conflict faced by a British couple involved in the "Cyprus Emergency" of the mid-1950s. 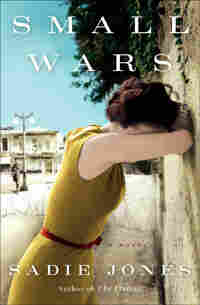 I may have started reading Sadie Jones' Small Wars simply because I was drawn to the figure on the cover, to that beautifully groomed, 1950s woman leaning against a pale rough wall, her head in her hands, so obviously distressed. She is decorous, genteel — and clearly uncomfortable. And human discomfort is a literary situation to which I'm drawn.

In her short literary career, Jones has shown herself a maven of discomfort. She writes of sensitive, intelligent people adrift in societies run according to arbitrary social rules, the morality of convenience and the repression of disruptive feelings. Her lead characters are sympathetic (to the reader, anyway) misfits.

Jones' first novel telegraphed this theme by its title. The Outcast is a family tale, set in England in the middle of the last century. It's about a middle-class boy who watches his mother drown and then must deal with his emotions by himself as everyone around him retreats behind conventional repression. As he grows up, the boy increasingly cannot reconcile what he feels with how everyone around him acts. He is eventually branded a societal outcast, which Jones sees as liberating.

In Small Wars, Jones' second novel, the theme is similar, but the setting makes it a much compelling read than The Outcast. Small Wars tells the story of a thoroughly decent British Army major, Hal Treherne, and his wife, Clara (the intriguing figure of the cover). It's 1956, and Hal's been posted to Cyprus, assigned to help lead the British army's efforts to hang on to one of the last remaining fragments of its empire. The Trehernes, swaddled in the insularity of the British middle class, arrive in Cyprus ready to do their dutiful best for what they assume is a just and noble cause. 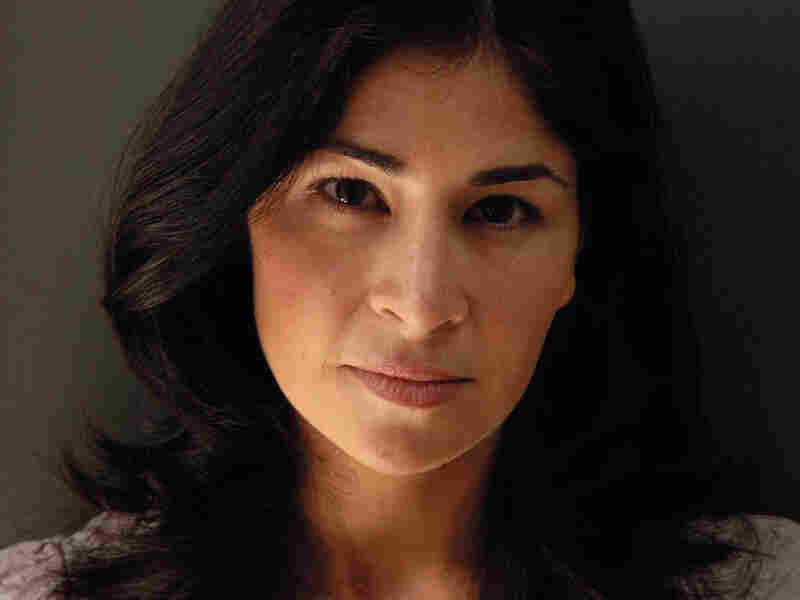 Sadie Jones lives in London. Like Small Wars, her first novel, The Outcast, is also set in the 1950s. Charlie Hopkinson hide caption 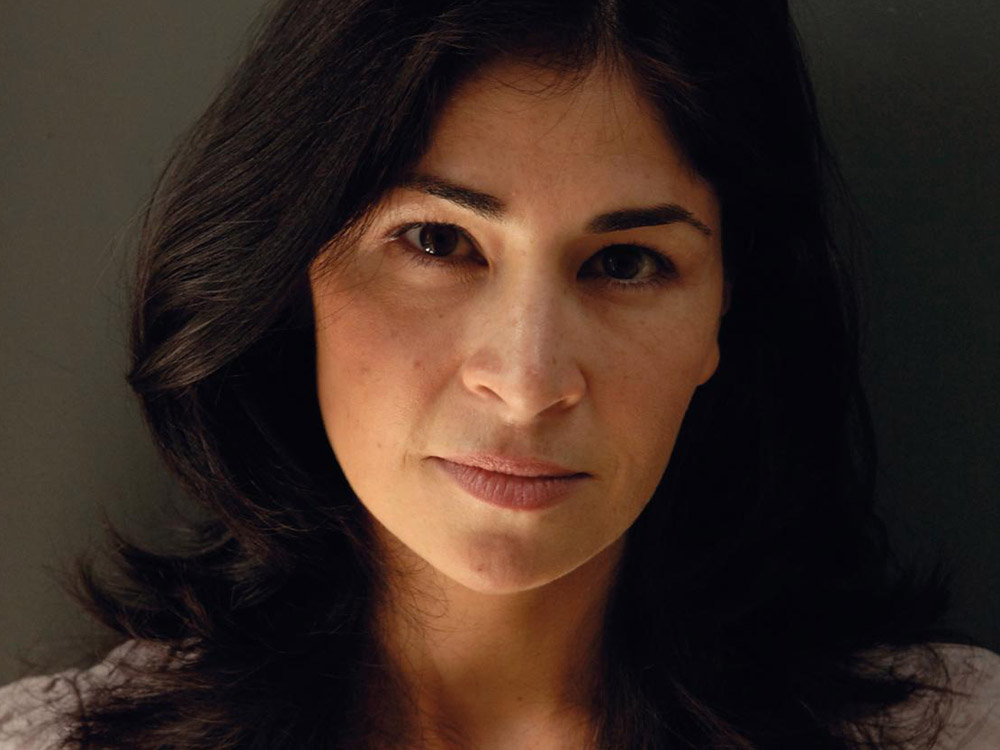 Sadie Jones lives in London. Like Small Wars, her first novel, The Outcast, is also set in the 1950s.

Reality penetrates the thick wall of British army decorum only gradually. Eventually, both Hal and Clara must face this world as it actually is: Cyprus is an impoverished, bleached land, whose people are at odds with themselves as well as the British. As for the gallant war effort Hal is supposed to help lead:

There was no truth. It was a nothing, laughable Mickey Mouse conflict; it was a sinister time of terror and repression ... There was no heart to it. It had become a thing driving itself with no absolutes to unravel ... never a solution and never, like the conflict itself, a final truth you could point to and say 'There! A solution,' because what is a solution? History doesn't end.

In plopping her characters down in the middle of such a "Mickey Mouse" conflict as Cyprus (which, by the way, she has meticulously researched), Jones sets the decent, loving, innocently conventional Trehernes into the middle of everything they are not. Hal is asked to perform a succession of increasingly brutal and nonsensical acts, which sets his loyalty to (and ambition within) the British army at odds with his innate decency and gentleness. Clara then struggles to love a man who is at war with himself and whose behavior becomes increasingly erratic — and, for one evening, brutal and vile.

Eventually, both Trehernes must decide whether to take shelter in convention or strike out on their own.

What makes Small Wars so elegantly relevant today is that it asks this: How can well-meaning, decent people flourish and wage wars of dubious purpose at the same time? It's a question that resonates deeply in 21st century America, where our own soldiers are currently fighting two "small wars."

The army had rented them a house in Limassol, quite near to the harbour because married quarters on the base hadn't been sorted out for them yet.

Hal knew the weather had been bad on the crossing from England — even after Gibraltar — and he pictured Clara and the girls laid up in their cabins all the way from Portsmouth. He hoped they hadn't been too sick; Clara wasn't a good sailor. He had enjoyed his own journey from Krefeld, flying in bumpy weather with the countries of Europe and wrinkled blue sea passing below, like a clay model you could stick flags in, and move imaginary armies from place to place.

Hal had been promoted to major, and transferred from his battalion in Germany to this one, alone, not knowing anybody. Everything had been new to him. He had set about the business of leadership and his new rank with steadfast energy, and was rewarded by a smooth transition. Sleeping alone in that house for a month, as he had, he missed the company of barracks, and the isolation was grating.

The Limassol house was narrow, in a cobbled street, with no outlook to speak of and barely a lock on the door. It made Hal uncomfortable to think of it, the unsettling lack of security, and that you couldn't see anything from the windows other than the crooked windows of other houses. If someone were to approach, or set a booby-trap, there'd be no stopping them. A few months before, in Famagusta, an EOKA terrorist had lobbed a bomb through the open window of a soldier's house as his wife was putting the children to bed. Hal knew his instinct — his agony of responsibility — must be tempered and that the Housing Officer was doing everything he could to get him married quarters at the garrison. But the other soldier's wife, in Famagusta, had lost half her arm in the explosion. Hal had spoken to the Housing Officer again that morning, reminding him, but beyond doing that he had no power: he must trust everything was being done that could be done. If he didn't have faith, he wouldn't manage, but with it, he could live with the knowledge of the other soldier's wife and still have his own come to be with him.

He lay in the bed that was too big for him, but would be too small for them both when Clara came, and imagined her leaving England for Cyprus. It had been a vicious winter all over Europe. Hal pictured a cold day at Portsmouth harbour, HMS Endeavour vast and cold too, and Clara waving to her mother.

Hal was right. Clara had been sick on the voyage. Meg and Lottie hadn't seemed affected by the heaving boat at all, perhaps being small and low to the ground their bodies weren't so disrupted, and she'd had to run after them, bent over, up and down the slippery metal corridors of the Endeavour, what felt like all day, every day, for the whole journey. The twins were sixteen months and had discovered exercise, exploration and teasing their mother.

Clara, whom Hal had taken to calling 'Pudding' during her pregnancy in Krefeld, had lost all of her baby weight, and with being seasick all the time and no German — or even English — stodge to sustain her, now barely filled out her clothes at all. She hoped she wouldn't be too skinny for Hal. He loved her curves.

When she wasn't chasing the girls up and down the Endeavour, or leaning over the metal bowl of the lavatory, she read to them. She read the new books she had bought for them in London, and she read the old books her mother had allowed her to take from the shelves of the nursery. She held the loose-spined books gently, reading to Meg and Lottie about fairies and trains and England, until all three fell asleep.

The Endeavour made its slow floating entry into the deep east of the Mediterranean. They passed Greece, and the long reaches of Crete. The ancient seas slid away beneath them, the boat throbbed and heaved, the islands and the skies surrounded them. Now she stood in the drizzle, watching Cyprus coming towards her out of the mist.

She had travelled out with an odd assortment of people: an Italian nightclub singer, a young teacher for the English school, who was a shy man barely out of school himself, and a Welsh businessman, with 'interests' in Nicosia, who was very boastful; he liked to frighten them with stories of EOKA's terrorist atrocities, and make them feel as if they were entering a proper war zone, not just a long-held part of the Empire having a little trouble with a few insurgents. 'It's hardly the Blitz, is it?' Clara said to the young teacher one night. It made her feel braver.

Despite the recent war, she had never felt herself a foreigner in Germany: it had the northern European restraint and ragged bombed greyness of home, and she had felt unthreatened there, even as she missed her family. She thought her sense of belonging might actually spring from the war between them, that England and Germany were like two siblings, badly bruised, but forced to carry on in the same house and learn to get on. Cyprus, though, was another thing altogether. Part of the Empire it may have been, but the island was a virtual chip off the Middle East too, Byzantium, Turkey, Greece, all of these parts in crisis, under the British flag, and her husband charged with part of its protection; Clara couldn't help but feel nostalgia for the dull concrete barracks and modern flats of Krefeld, and Brunswick, that she had called home for the six years of her marriage. 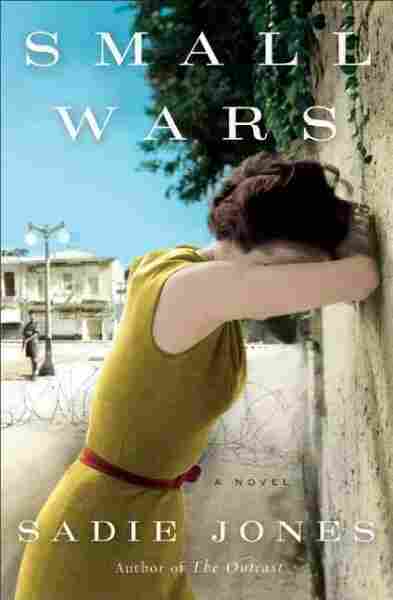