Accessibility links
'Burn Notice': A Refreshingly Retro Spy Caper The series Burn Notice returns tonight on cable's USA network, and critic John Powers says it's worth checking out, if you haven't. It's a jaunty, self-consciously retro spying-and-caper series that's content merely to be good, without striving to be Meaningful. 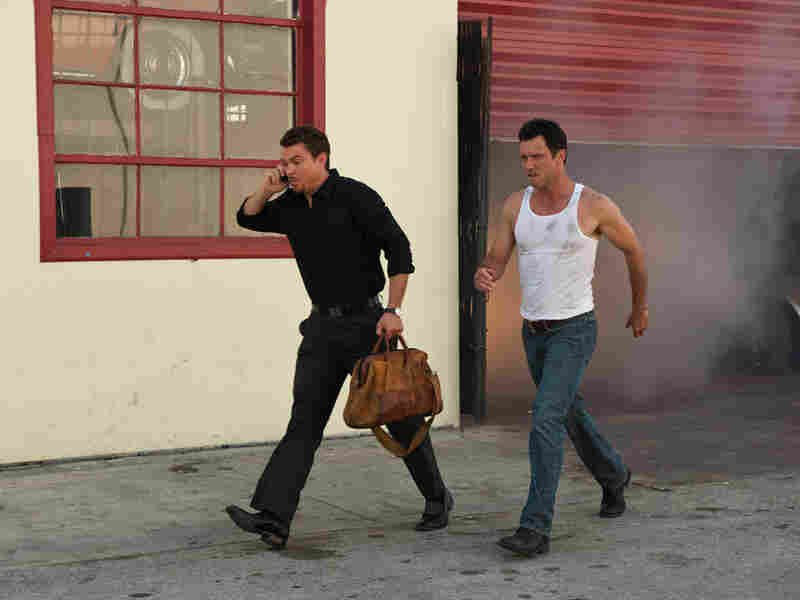 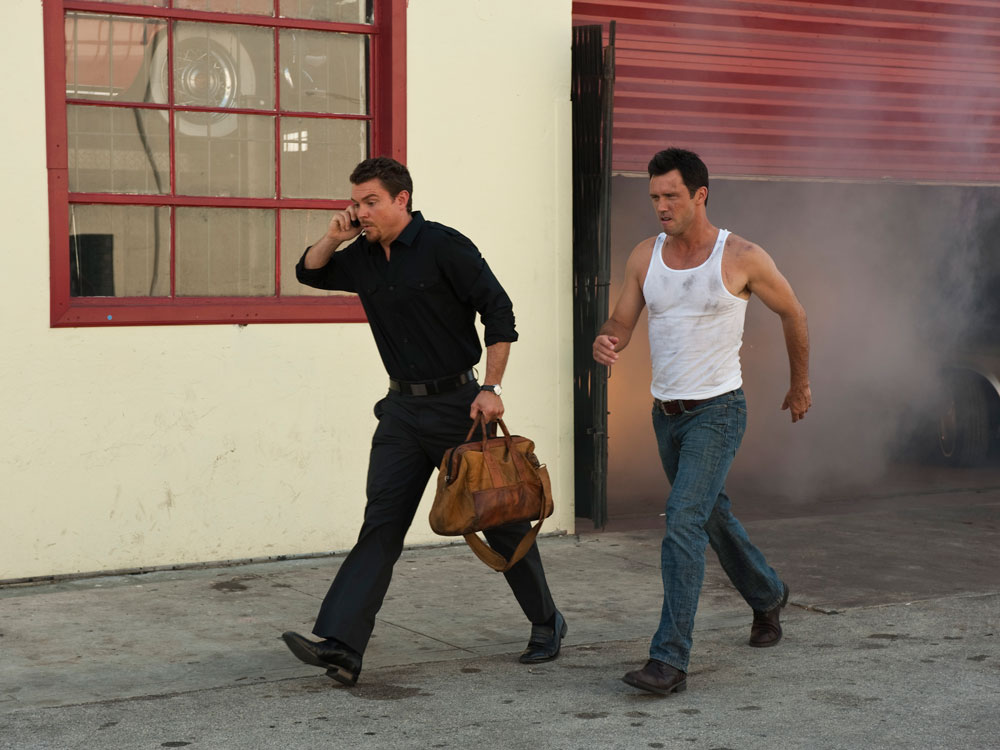 You often hear the '50s called the Golden Age of Television. If so, we're deep into the Platinum Age. There have never been more sophisticated shows, from ambitious dramas such as Mad Men, Breaking Bad, and Big Love to delirious conceptual series such as 24, Lost and Flash-Forward.

But it's also a very good period for disposable TV series of the kind I grew up with — you know, the ones that you turn on when you're tired and that nobody ever writes op-ed pieces about. My favorite is Burn Notice, a jaunty, self-consciously retro spying-and-caper series with roots in The Rockford Files and Mission: Impossible.

Jeffrey Donovan stars as Michael Westen, a CIA man who's been bounced from the agency and winds up in his hometown of Miami. There he hooks up with a crew of sidekicks: His gun-happy girlfriend, Fiona — that's Gabrielle Anwar. A beer-guzzling ex-spook, Sam Axe, amiably played by Bruce Campbell, who you might remember from Sam Raimi's Evil Dead movies. And then there's his mother, Madeline, a hard-smoking hypochondriac played with blowsy brio by Sharon Gless, who sometimes helps out when not giving Michael grief for getting into trouble.

He's constantly doing just that. You see, Michael loved being a spy — he thought he was doing good — and he's eager to get back into the Company. But as he struggles to do this, he keeps himself afloat by helping innocent people with their problems. Every week, he and his pals run ops against extortionists or murderers or kidnappers from the Russian mob. In the new episode, for instance, he helps a woman threatened by insurance fraudsters by pretending to be a tobacco-chewin' hot-rodder from the Tarheel State.

Burn Notice was created by Matt Nix, who's clearly wised-up about old TV. In one episode, for example, Michael's mom gets involved with a character played by Tyne Daly, making for a nostalgic reunion of Cagney and Lacey. Like most show runners on USA network, Nix keeps things fast and light, with lots of shots of sun-spanked Miami, lots of chicks in bikinis, lots of jokey little intertitles. And it's part of the show's charm that as Michael does his thing, he's constantly talking to us, explaining the ins and outs of spycraft.

Of course, for a show like this to succeed, you need a hero you like spending time with — someone like Jim Rockford or Thomas Magnum — played by an actor you enjoy. While the slim, charismatic Donovan doesn't reach the transcendent stature of James Garner — perhaps the greatest TV actor of all time — he's really fun to watch.

He's got terrific energy, a nice comic deadpan, and he doesn't overplay quirks like Michael's fondness for yogurt. He's constantly doing accents, and though nobody would confuse his ear with Meryl Streep's, he's good enough to keep the action perking right along.

For all its old-school charm though, Burn Notice is not a pure throwback. It's far less shambly than The Rockford Files — shows today just have to move faster — and it's clearly been influenced by today's long-form TV dramas. Even as each episode is self-contained, each season has an arc. Last year's had a very clever plotline in which Michael got ensnared by a slippery business agent — the guy managed star spies as if they were actors or quarterbacks. The current run begins with Michael being pursued by the mystery man who torched that hotel room.

Now, I should warn you that the first time you watch Burn Notice, you won't be wowed. I wasn't. The show's designed not to dazzle you, but to grow on you — and it does. Oddly enough, it even seems to be growing on itself: Since the show began in June 2007, it's started to deepen, so that Michael must directly confront the question of whether it's okay to hurt innocent people to help a bigger cause. The show keeps getting better and more ambitious.

Yet strangely enough, I hope it doesn't get too much better. The real charm of Burn Notice is that it entertains you without trying to be some sort of stylistic touchstone, rumination on CIA morality, or grand statement about the zeitgeist. In fact what makes the show great is that, like the classic shows of the past, it's content to simply be good.