Accessibility links
Haiti's Arts City Loses Much But Retains Vision Jacmel, Haiti's fourth-largest city, is one of the country's few tourist destinations and its arts center. The city suffered considerable damage and lost important members of the art community. 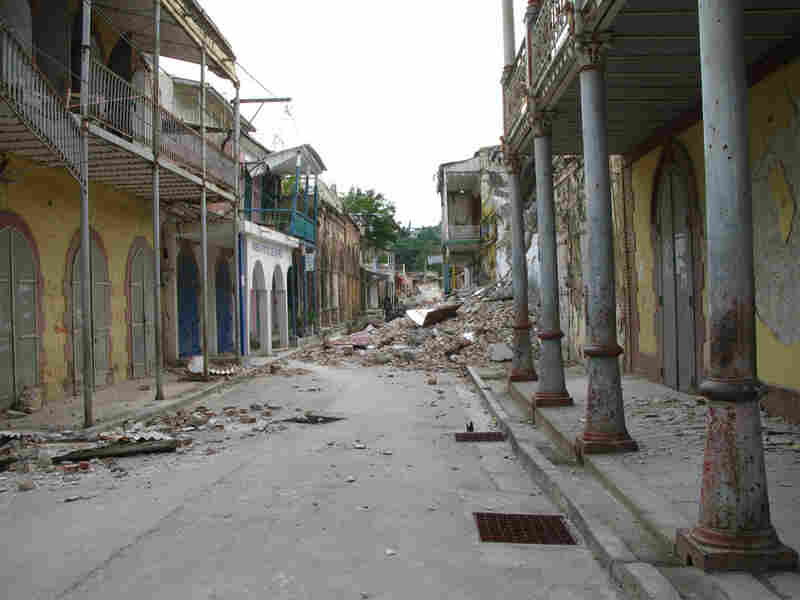 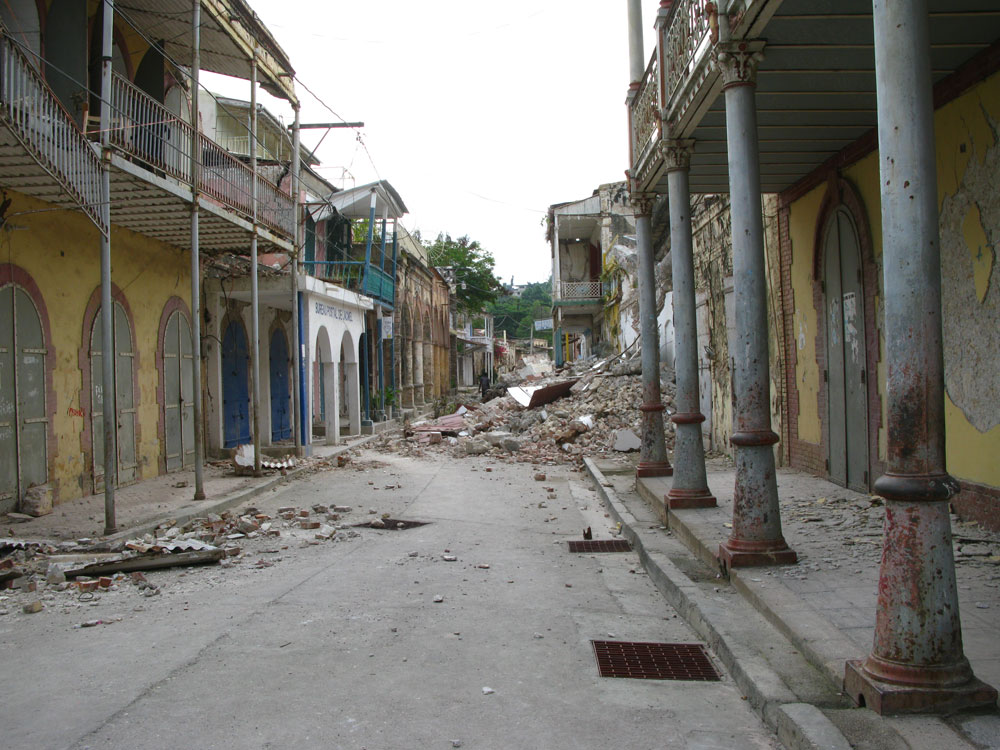 The historic core of Jacmel was hit especially hard. Traditional French colonial architecture has been reduced to rubble.

Jacmel is often described as Haiti's most beautiful city. It's an arts center on the island's southern coast, with French Colonial architecture reminiscent of New Orleans, and one of Haiti's few tourist destinations.

But Jacmel suffered greatly in the Jan. 12 earthquake.

If you've visited Jacmel recently, you have probably met Jean Michel. He's a well-known tour guide. Look him up, he says, in the Lonely Planet guide, page 381. He takes us down what was one of Jacmel's most beautiful streets, Rue de Commerce. It's a street now filled with bricks, stones and twisted ironwork. Some of the buildings have collapsed. On others, the exterior walls have crumbled. Almost all of the homes in the old section were damaged, Michel says.

We clamber over what remains of the house of Danish filmmaker Jorgen Leth. He barely escaped when it fell in on him.

Leth is one of the more prominent artists who call Jacmel home, but there are many others.

Hopes of an Art Revival

Cine Institute is a film school started a few years ago by New Yorker David Bell. Bell says the students reacted to the crisis by hitting the streets. They used their skills "to tell the world what's been happening," he says. 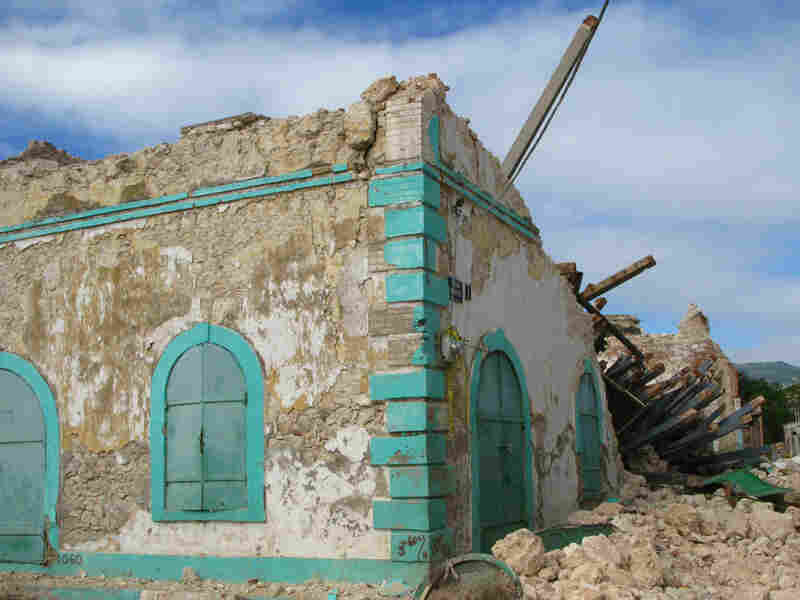 It wasn't hit as hard as Port-au-Prince, but Jacmel lost many buildings in the earthquake. Amy Walters/NPR hide caption 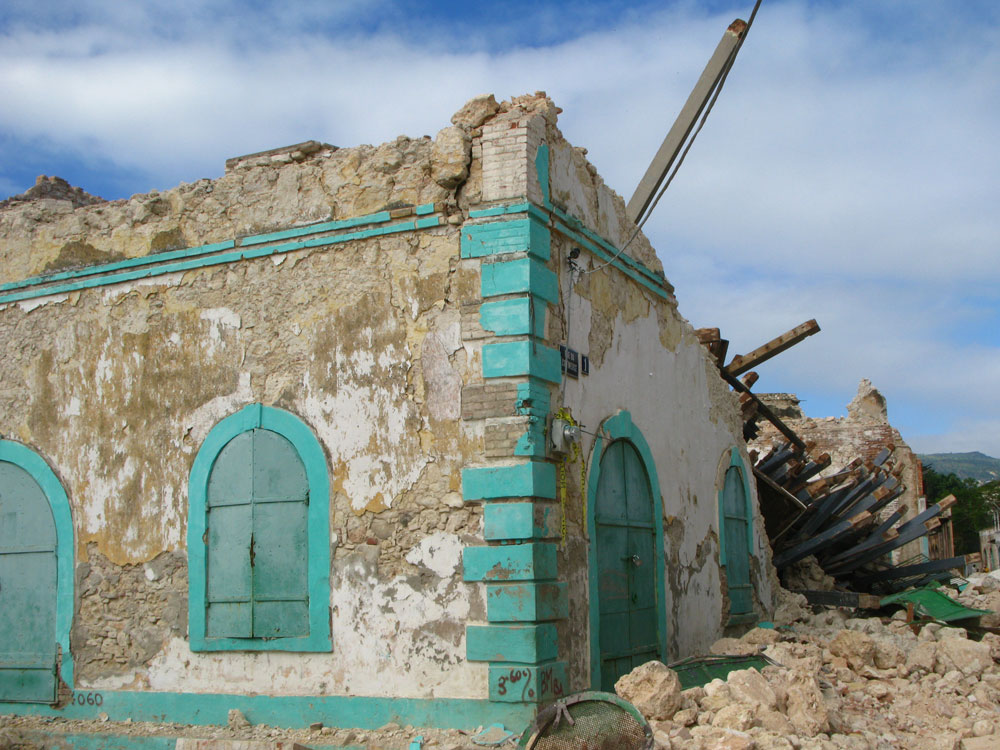 It wasn't hit as hard as Port-au-Prince, but Jacmel lost many buildings in the earthquake.

The student footage has been uploaded to the school's Web site and used by CNN, ABC and other news organizations.

Another important cultural center in town is Fosaj, an art school founded in 2003 by an artist from a wealthy local family. The city long has been known for its painting, and art was a major export. But, Bell says, with the political instability of the past two decades, the art market collapsed.

"Fosaj's mission was to rejuvenate it and to create a new school for artists," he says, "and create links and connections through the U.S. and Europe to find a marketplace for that art."

Fosaj brought in visiting artists to work with the students to develop techniques and themes for their work. But the school building was another casualty of the earthquake.

One of the Fosaj students, Macarthur Lametier, points to the building's second floor. The outer wall is no longer there. It crumbled away in the earthquake. This is Lametier's studio — complete with paintings still hanging on the wall, now exposed to the elements.

In another building, Lametier shows us a large papier-mache sculpture he was working on for the upcoming Carnival. 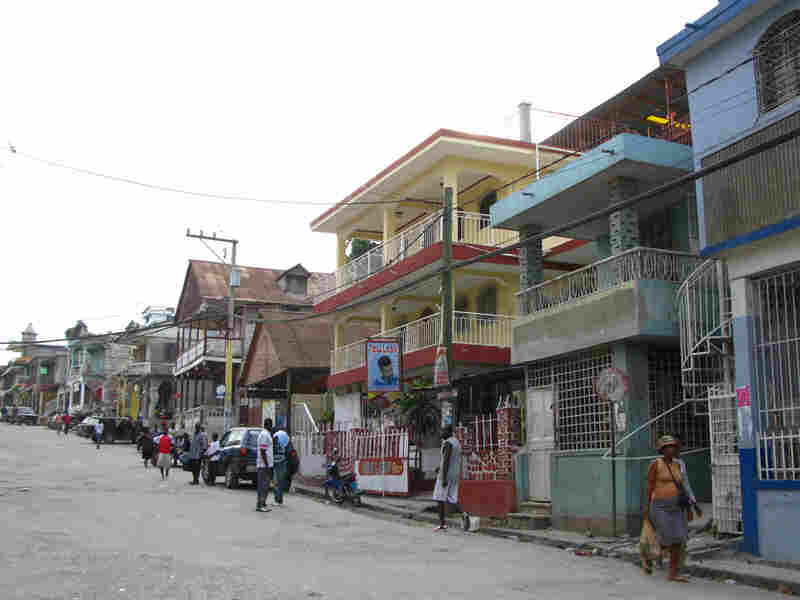 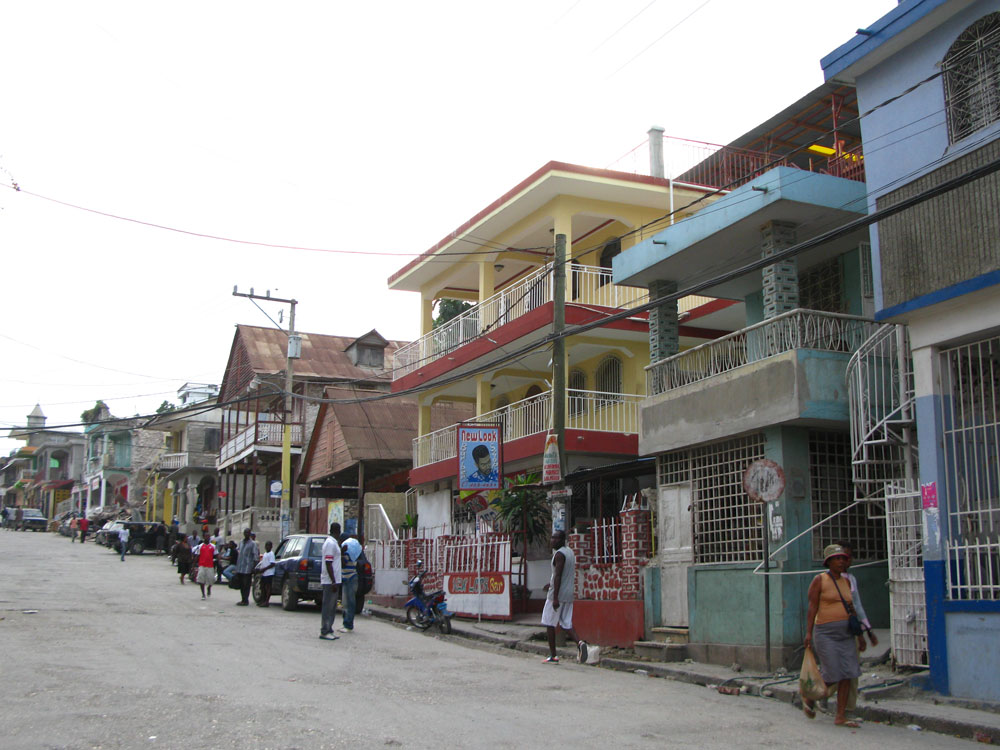 Aid groups are starting to arrive in Jacmel's downtown.

But Carnival has been canceled, and his float is on hold.

In the earthquake, Fosaj lost something much more irreplaceable — its director. Flo McGarrell, a 36-year-old American artist from Vermont, became Fosaj's director a few years ago. Regine Boucard, a Fosaj board member and Jacmel native now living in New Orleans, says McGarrell was doing a wonderful job.

"Everybody loved him — the artists, the students, the community. And he sort of understood the Haitians," Boucard says.

McGarrell wasn't at the school but at a nearby hotel, which collapsed in the earthquake. His mother, Ann McGarrell, says her son became fascinated with Haiti when he was a child and saw the documentary Divine Horsemen, about Haiti and voodoo. McGarrell says her son was a strong-willed, decisive person. Several years ago, Flo, born female, decided to start transgender therapy and began living as a man.

"There is no comfort," McGarrell says about her son's death. "But one thing we can bear is that Flo was doing something he absolutely loved doing and was doing it extremely well."

Those involved with Fosaj say it will survive. The foundation that runs it will find another building, or rebuild the damaged studios. And eventually, they'll find another director to replace McGarrell.

As Jacmel rebuilds and recovers from the earthquake, art, they say, will be more important than ever.