Accessibility links
Examining The U.S. President's Military Might Since the Manhattan Project, the U.S. president has wielded more military power than ever before. And in the opinion of historian Garry Wills, more than the commander-in-chief is allowed by the Constitution. Guy Raz talks with Wills about his new book, Bomb Power: The Modern Presidency and the National Security State.

Since the Manhattan Project, the U.S. president has wielded more military power than ever before. And in the opinion of historian Garry Wills, more than the commander-in-chief is allowed by the Constitution. Guy Raz talks with Wills about his new book, Bomb Power: The Modern Presidency and the National Security State.

Historian Garry Wills believes that since World War II, Americans had been living under an abnormal constitutional system, a system, he says, that's granted more and more power to the president each year, power that allows the commander-in-chief to sometimes make law using executive orders, or to keep information from the public by citing national security. And that authority, he says, comes from one thing: the bomb.

There is only one person in America who can authorize the use of it and it is, of course, the president.

Garry Wills calls it bomb power and it's the title of his new book.

Garry Wills, welcome to the program.

Mr. GARRY WILLS (Author, "Bomb Power: The Modern Presidency and the National Security State"): Thank you for having me.

RAZ: You write that the bomb, the atom bomb, is a source of what you call the modern national security state, the cult of the commander-in-chief, the system of classifying information, monopoly on the use of the bomb, expansion of state secrets.

Mr. WILLS: That's right. In every war, there has been an accumulation of power in the executive. But after other wars, we resume the constitutional system. For instance, the suspension of habeas corpus by Lincoln was condemned by Supreme Court afterward. That didn't happen with the bomb.

We had a great big secret to keep and we had to spy on others and on ourselves to make sure that it was being kept. So that now we have over 800 military bases around the world; many of them secret, many of them funded in unconstitutional ways without congressional oversight.

RAZ: So the source of what you regard as unchecked presidential power really begins with the Manhattan Project.

Mr. WILLS: Right. Los Alamos was an immense undertaking with thousands and thousands of people involved, and it was kept entirely from Congress. All of this was unconstitutional. It was outside the chain of military command.

Leslie Groves, the man in charge, was a dictator. He had spies. He had assassination teams...

RAZ: And Leslie Groves was an Army general at the time.

Mr. WILLS: That's right. He was the general put in charge of the whole project and given practically unlimited powers. And it was successful. That's what astounded and encouraged people to imitate it. So that now we have the use of unmandated funds, the deception of Congress, domestic surveillance, all of the things that Leslie Groves pioneered.

RAZ: Garry Wills, isn't there an argument to be made, though, that there are certain things that have to be kept secret and only the president and his top advisers can know about them?

Mr. WILLS: That's true of a certain number of things, but an extraordinarily small, and it's usually a matter of time. One of the arguments used in the Pentagon Papers case was this tells about our troop deployments. And the lawyers who defended the publication said, those are troop deployments years and years ago, you know?

Mr. WILLS: That doesn't matter now. That's not a secret worth keeping anymore.

RAZ: I mean, in your view, the president should be nothing more than sort of the first among equals? Or do you think the president has sort of become a kind of something beyond a sort of a Roman consul, may be even a Roman emperor?

You know, it's an interesting thing, when the president gets off his helicopter or his plane now, he returns the salute of the Marines. That's a new thing. Dwight Eisenhower was a general, he didn't do that.

Mr. WILLS: Ronald Reagan was not a general and he'd started doing that and you can't stop it now. Once that kind of thing starts - if Obama stopped it, they would say, oh, he's unpatriotic. He's not continuing the practices of his predecessors.

RAZ: President Obama campaigned on a platform of openness. He was critical of the expansion of executive power. Has President Obama, in your view, started to kind of roll back this cult of the commander-in-chief?

Mr. WILLS: Feebly. What happens is when a president comes in, he discovers what has been kept secret. Namely, what a huge worldwide apparatus he has. And what they start saying to him right away is, don't dismantle us. It took us a long time to build this up. You're going to need us at some point.

RAZ: Is there any way, in your view, to undo some of that expansive executive power? Or now that it already has expanded to the point where it is today, it can only move in one direction.

Mr. WILLS: Well, the latter seems more likely. Paul Nitze, who spent his life building up the nuclear arsenal and urging its use, by the end of his life said, these things don't really ensure our security after all. We should get rid of them. Probably that's the only way we'll ever get rid of bomb power to get rid of the bomb.

Garry Wills, thank you very much.

Mr. WILLS: It's my pleasure. 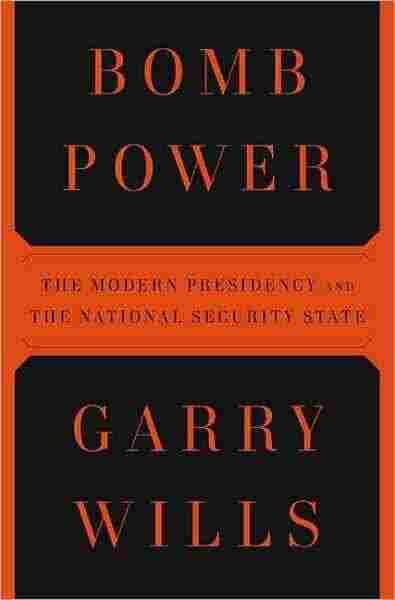 The Modern Presidency and the National Security State